Carlsbad Caverns in New Mexico contains the largest single cave chamber by volume in North America. The 8.2 acre Big Room is filled with huge calcite formations, as well as more stalactites, stalagmites, columns, draperies and other smaller formations than you can imagine.

There are two ways to access the Big Room—descend the 750 feet via elevator or hike a 1.25 mile trail down from the cave’s natural entrance. On our recent visit, the elevators were out of service, so the only option was to hike down. 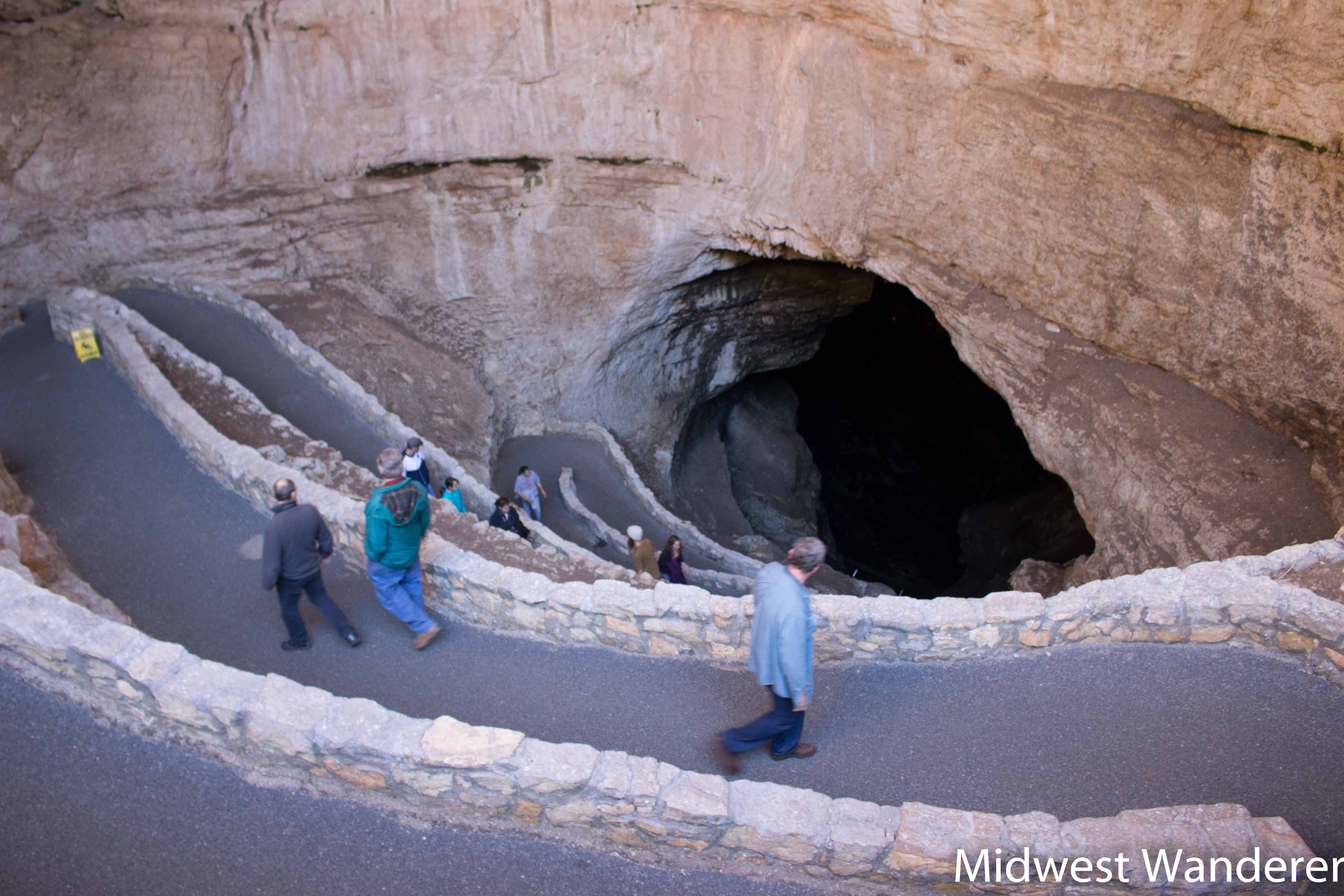 Basic Carlsbad Caverns tours at are self-guided, different from any other cave tour I’ve taken. Most other caves offer only guided tours. Self-guided makes sense in Carlsbad Caverns, though, especially if you hike in from the natural entrance. On the way down the steep trail, I passed several people on their way back up who were panting, sweating and resting on strategically-placed benches. With people’s varied pace levels, a guided tour wouldn’t work. I hoped I wouldn’t be in that condition on my way back up.

Walking becomes easier once you’re in the Big Room since you are no longer traversing a steep incline. The one-mile Big Room trail is circular, and if you need to cut it short, there are areas that allow a shortcut.

I would recommend hiking in to anyone who can handle it. The Big Room is the main attraction, where you’ll see the largest and most beautiful of the cave’s formations. 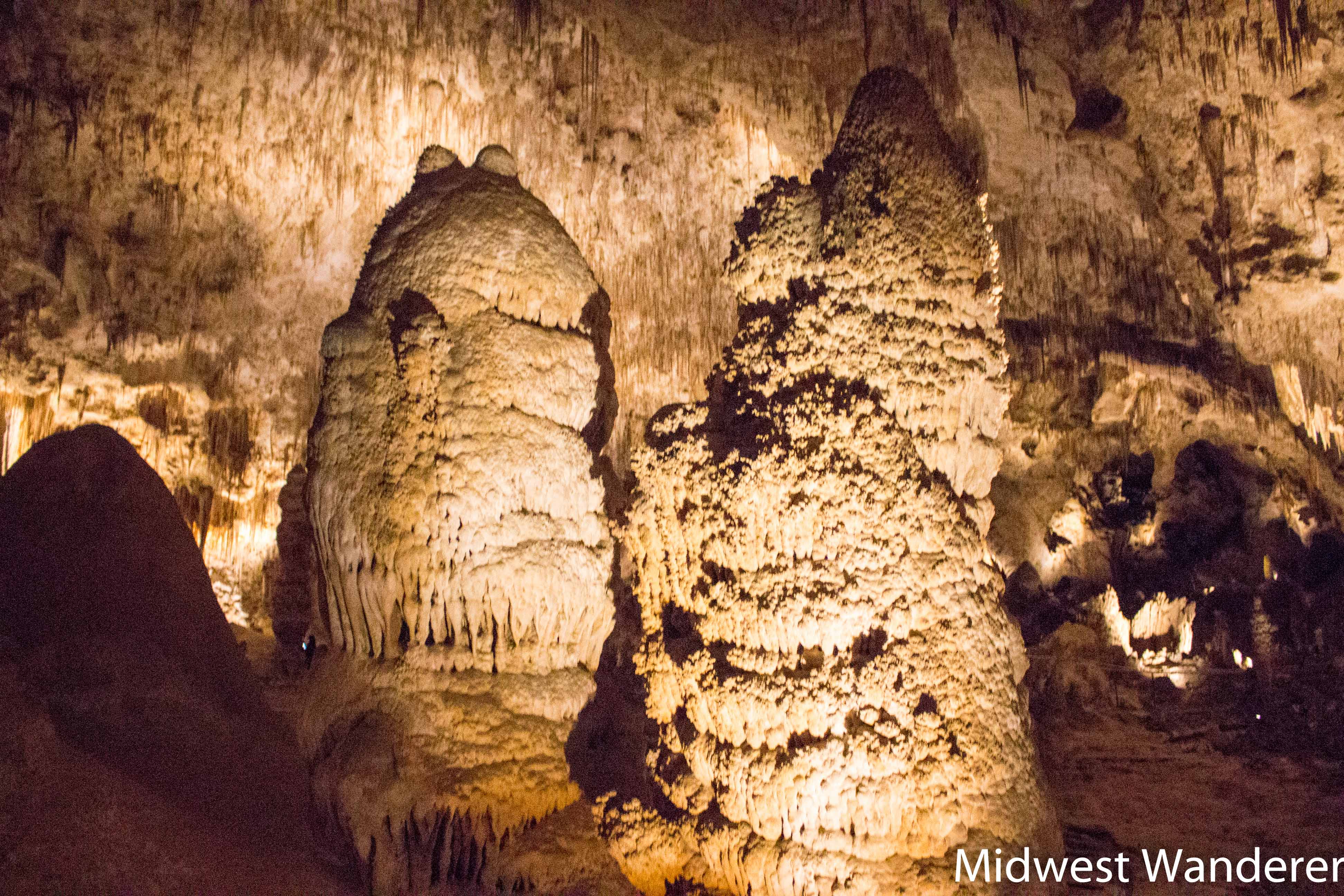 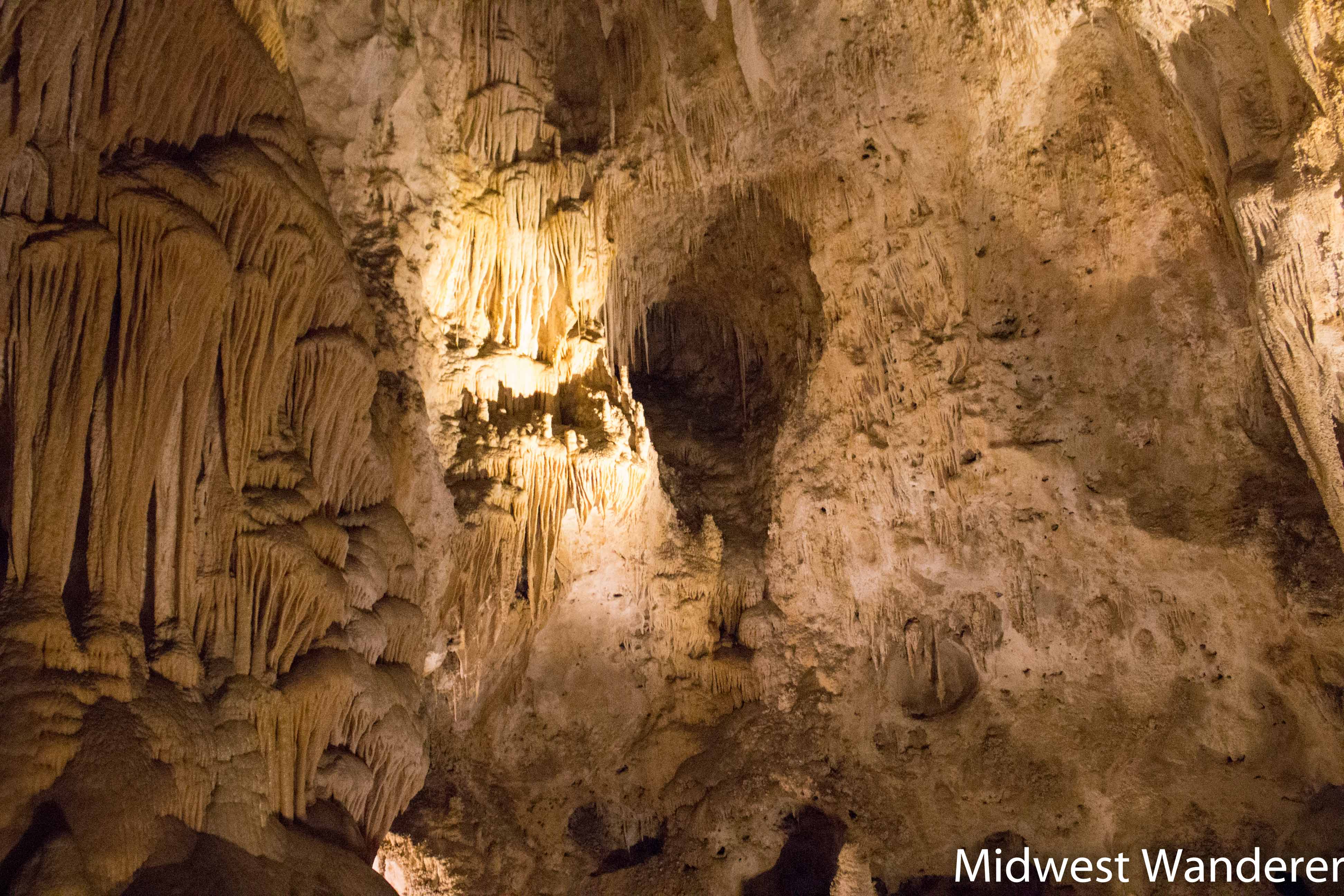 However, there is also plenty more to see on the natural cave entrance trail. In fact, Carlsbad Caverns offers an optional audio tour, which includes stops both along the natural entrance trail and the Big Room mile-long route.

As usual, we took plenty of photographs in the cave. However, photos don’t do the cave justice. It just isn’t possible to capture in a snapshot the magnificence of Carlsbad Caverns, especially the Big Room. I mentioned that it reminded me of a science fiction movie and later found out that the 1959 movie, Journey to the Center of the Earth, was filmed there. 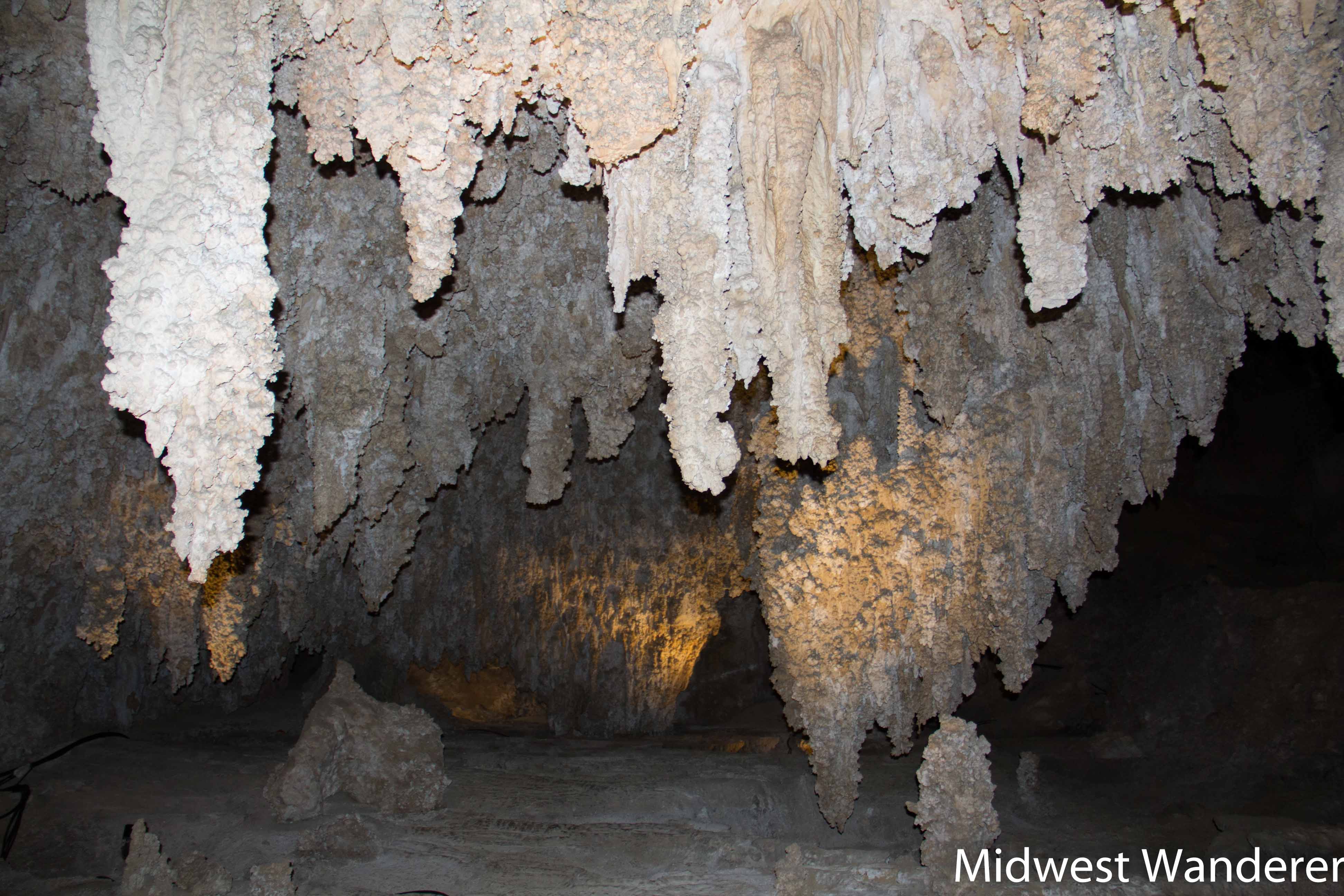 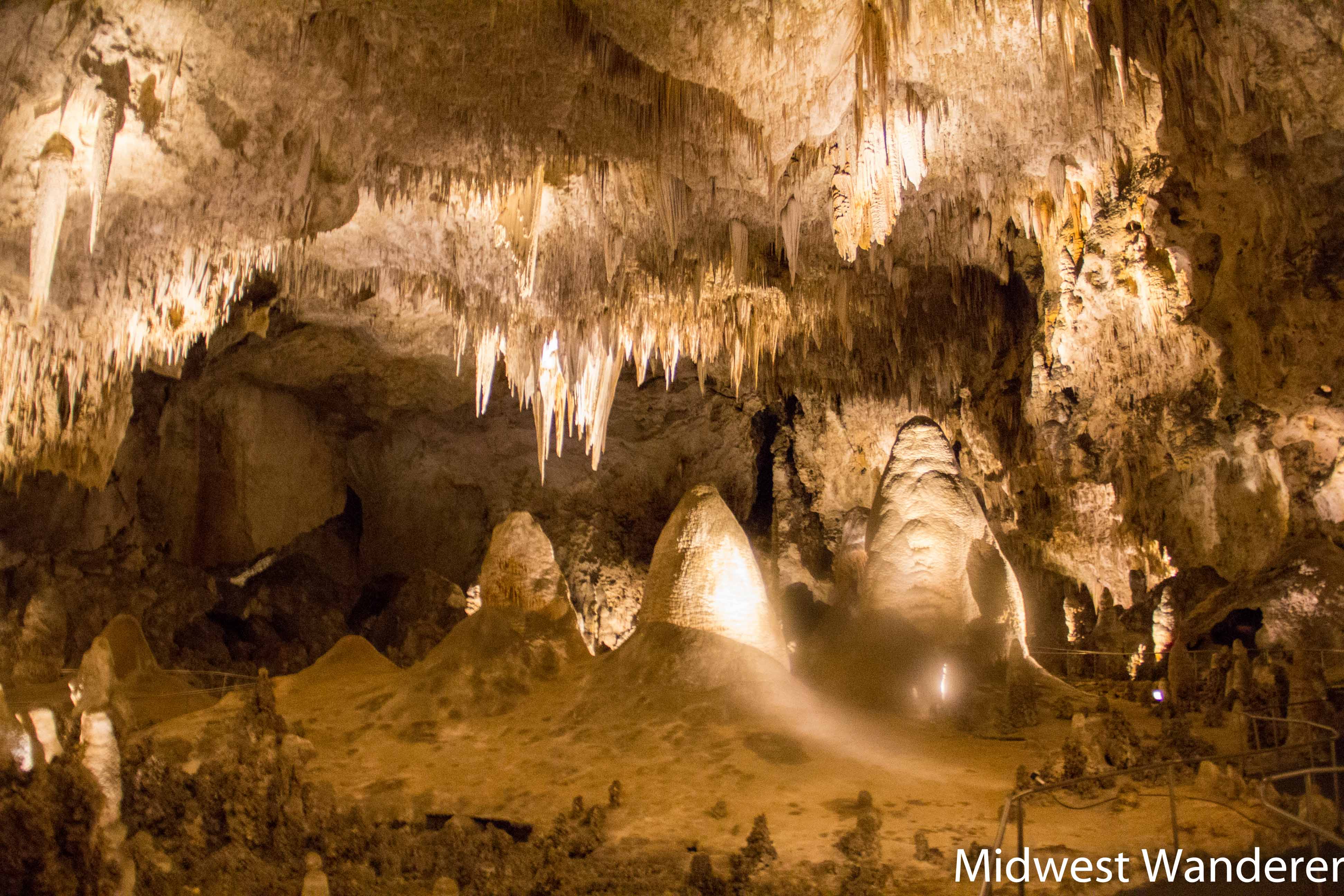 Newer tour caves maintain as natural a state as possible from the start. That wasn’t the case with older caves like Carlsbad Caverns, which opened for tours in the 1930s. While all the same rules exist in Carlsbad Caverns today as any other cave (mainly don’t touch anything), there are still restrooms and a souvenir shop in the section of the Big Room near the elevators. 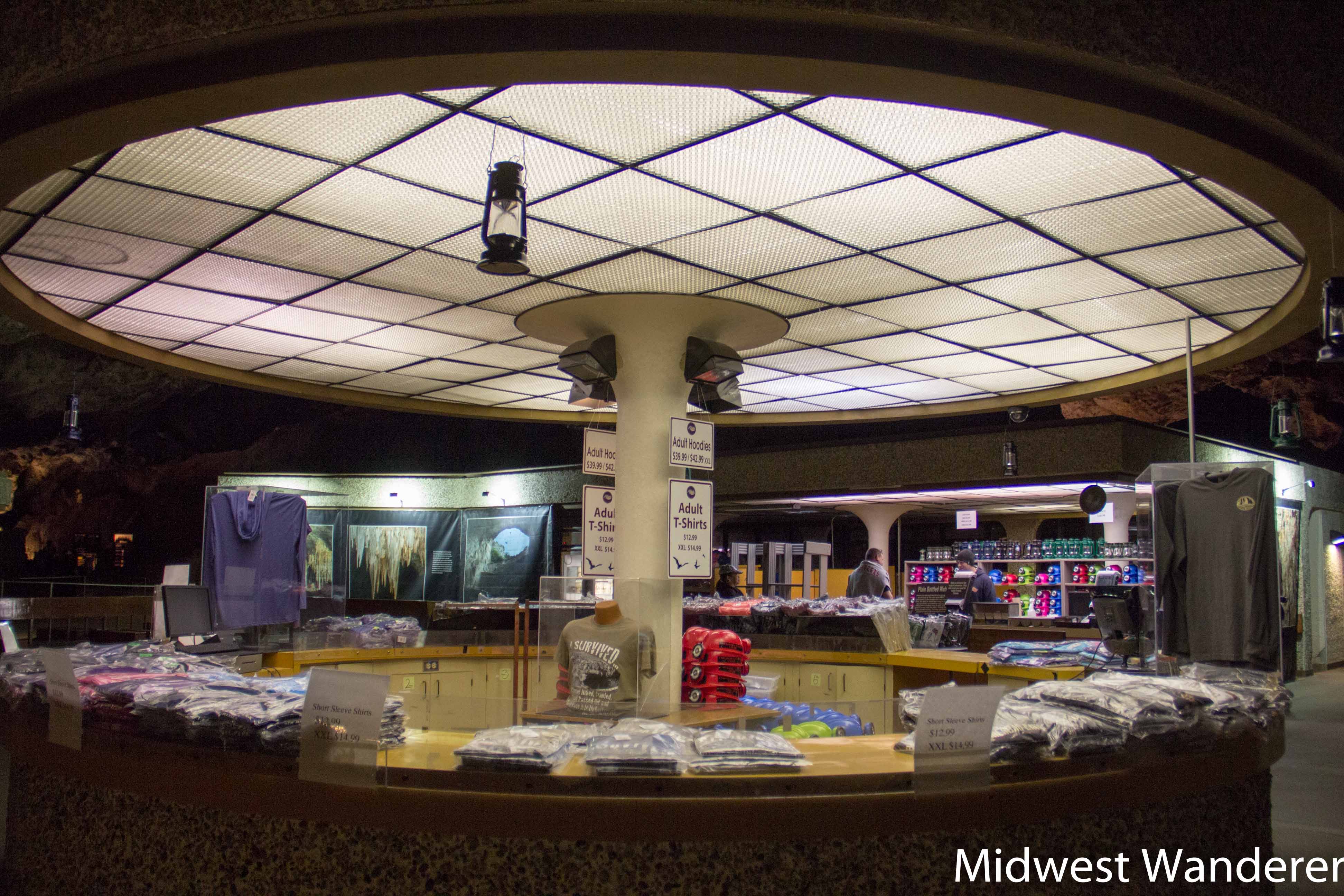 The hike back up to the Carlsbad Caverns natural entrance

The hike back up to the cave’s natural entrance was grueling. The trip down had been hard on the knees and toes. The trip back up was harder on the lungs. Like those I passed on my way down, I was now the one panting and having to stop every so often to catch my breath. I made it, of course, but if the elevators had been in working order, I would have opted to hike down, tour the Big Room, and then take the elevator back up.

No bats were in the cave when we visited since they migrate south during the winter. They return around April or May. In the summer months, you can take a seat in the amphitheater outside the cave’s main entrance and watch as hundreds of thousands of Brazilian free-tailed bats fly out of the cave for the nightly search for food. 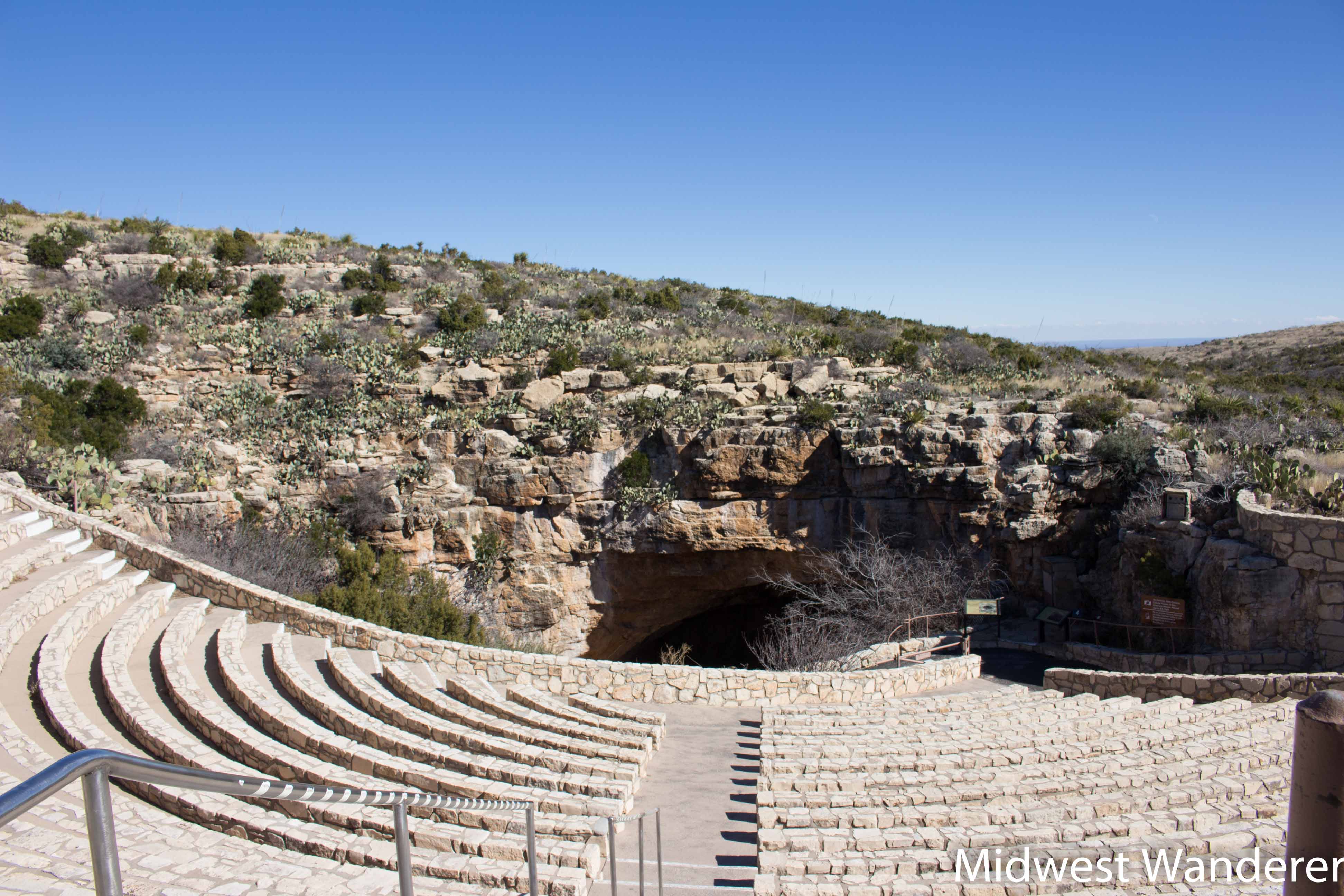 If you visit Carlsbad Caverns

Check the web site for directions, seasonal hours, admission fees and other details.

Accommodations in Carlsbad, New Mexico: Find the best deal, compare prices, and read what other travelers have to say at TripAdvisor.

Disclosure: This article contains an affiliate link, which means that if you book a room through this link, I will receive a small commission at no additional cost to you.

5 thoughts on “Carlsbad Caverns: Hiking 750 Feet into the Earth”

Howard Steamboat Museum in Jeffersonville, Indiana, pays tribute to the Howard family and their steamboat building company. The tour combines a history of the ornate Edmonds and Laura Howard mansion and the shipyard located across the street, which the Howard END_OF_DOCUMENT_TOKEN_TO_BE_REPLACED