Dressed in traditional cowboy gear, they sit astride their horses at the ready. At 8 a.m. the Hashknife Pony Express riders are off, galloping from the Holbrook, Arizona, Post Office down the 200 mile trail, handing the mailbag off rider to rider. By 4:45 p.m. the mail makes it to Payson and by noon two days later it reaches Scottsdale, its final destination. Then the celebration begins.

The original Pony Express never went through Arizona, yet the Hashknife Pony Express is the longest running officially sanctioned Pony Express in the world. Every January since 1958 mail messengers, officially sworn in as honorary volunteer members of the Navajo County Sheriff’s Posse, participate in the ride from Holbrook to Scottsdale carrying about 20,000 letters marked with the “Via Pony Express” stamp and hand stamped by each of the riders.

We noticed the Hashknife Pony Express Trail signs along Arizona State Routes 77, 377, 260 and 87 beginning in Holbrook. We learned about the trail and the annual event at the Old Holbrook Courthouse, home to the Holbrook branch of the Navajo County Historical Society. According to the Hashknife Pony Express web site, the hashknife was a tool used by wagon train cooks to cut up meat for hash. The company that made the hashknife moved to Holbrook in the mid-1860s. Almost a hundred years later the Navajo County Sheriff’s Posse retained limited use of the name. 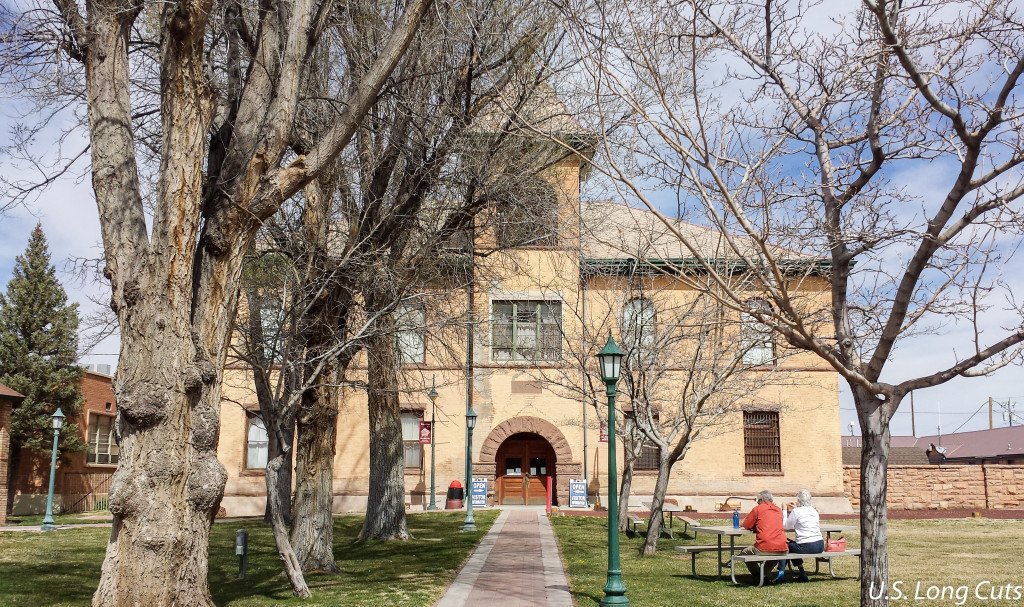 Keeping the old west tradition and memory alive, more than 24 riders are sworn in each year during a ceremony at the Holbrook Old Courthouse followed by a group dinner that evening. They ride only during daylight, stopping for dinner and sleep each night. The riders’ arrival in Scottsdale kicks off the Scottsdale Jaycees month-long Parada del Sol celebration.

Find the best Holbrook hotel deal, compare prices, and read what other travelers have to say at TripAdvisor.

Disclosure: This article contains an affiliate link, which means that if you book a hotel room through the TripAdvisor link above, I will receive a small commission at no extra cost to you.

Howard Steamboat Museum in Jeffersonville, Indiana, pays tribute to the Howard family and their steamboat building company. The tour combines a history of the ornate Edmonds and Laura Howard mansion and the shipyard located across the street, which the Howard END_OF_DOCUMENT_TOKEN_TO_BE_REPLACED