From 1854 to 1929 about a quarter million orphaned or abandoned children, some as young as three years old, rode trains west from New York and other large cities to begin new lives. Put up for foster care in rural areas, some siblings never saw each other again. Today, the Orphan Train Museum in Concordia, Kansas, documents this little-known part of American history and relates heart-felt personal stories of orphan train riders. 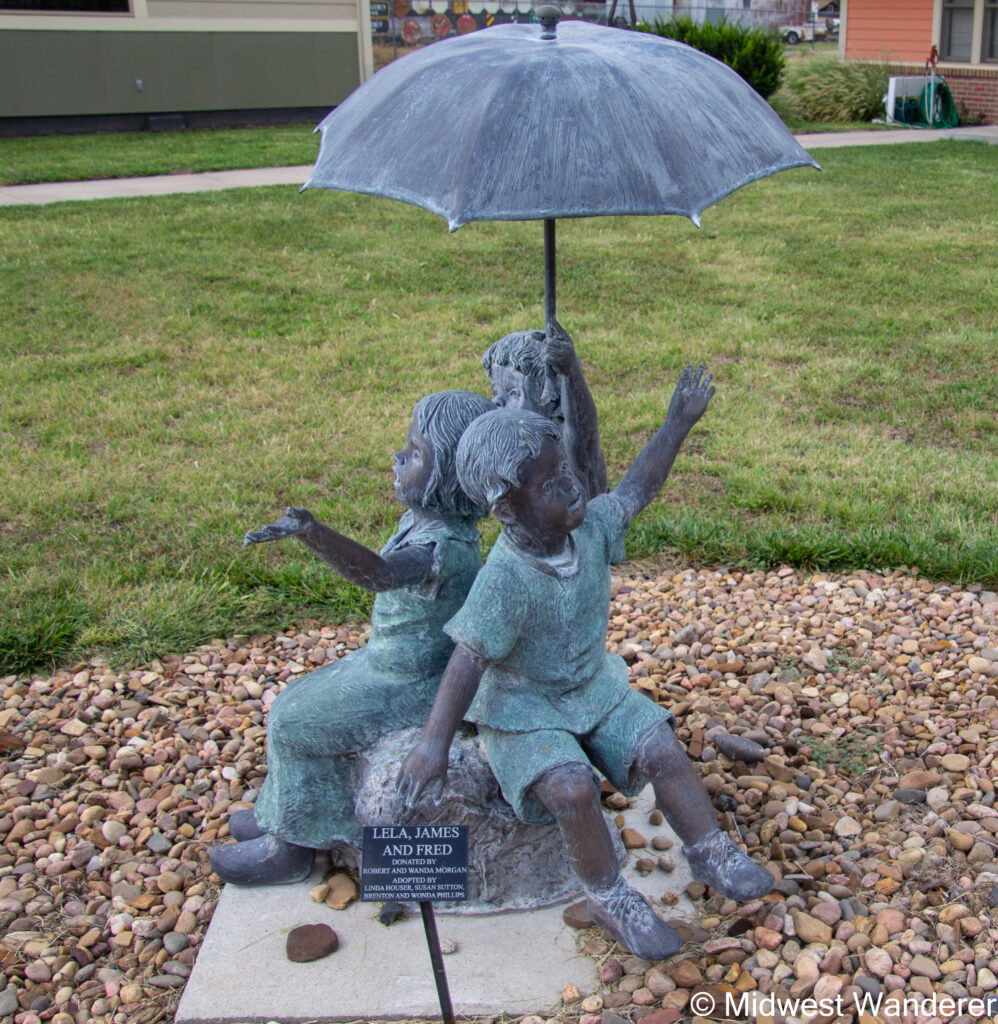 We first heard of the orphan train when we saw a community theater play about it. When I discovered it’s truly a part of history and not a fiction story, I was intrigued. So, when we learned of the Orphan Train Museum in Kansas, we had to visit.

Why the Orphan Train Began

Over a 70-year period, New York City’s population skyrocketed, from a half million to over five million. Almost half were immigrants. With jobs and housing scarce, people lived up to 20 to a tenement apartment meant to hold a family of four. Kids often worked to support the family. Many children of deceased or neglectful parents lived on the streets. They scraped by with whatever scraps they could find to eat.

Moved by the childhood poverty and unfit parenting he witnessed in New York City, missionary and Methodist minister Charles Loring Brace started the Children’s Aid Society, a type of foster system, in 1853. The following year the CAS, began the orphan train movement. Other organizations followed Brace’s lead and adopted his orphan train system. Clothed with a new outfit and a few personal belongings, and accompanied by an agency representative, the children rode the train to rural towns.

How the Foster System Worked

In advance of arriving at a rural town, the agencies notified area newspapers. Townsfolk in those areas applied to be foster parents. Over the 75 years the orphan trains ran, agencies placed children in 47 states and Canada.

At each orphan train stop, the children lined up, as potential foster parents looked them over. Some children ended up with loving families. Others weren’t so lucky, taken in by families simply looking for a farm hand—and were treated as such. Fortunately, agency representatives checked on the children periodically, and the agents found new homes for mistreated children.

The agencies tried to place siblings with the same foster families. However, since many of the families wanted only one child, keeping them together was difficult. Many siblings did end up in the same geographical area but couldn’t keep in touch. To complicate things more, the last names of children changed if they were adopted into the foster families.

In 1986, the daughter of an orphan train rider, eager to tell her mom’s story, contacted Mary Ellen Johnson. Johnson, an Arkansas author, was working on a local history book. The orphan train rider story opened a passion in Mary Ellen. She began to track down other orphan train riders and wrote several books that captured their stories. She also founded the Orphan Train Heritage Society in America and organized reunions and gatherings. Siblings were often reunited through her efforts. Gatherings of riders and their descendants still continue today.

When Mary Ellen retired, she transferred her records and archives to Concordia, Kansas, and the Orphan Train Museum opened. The museum is part of a complex that includes a welcome center, the museum, and a train car. 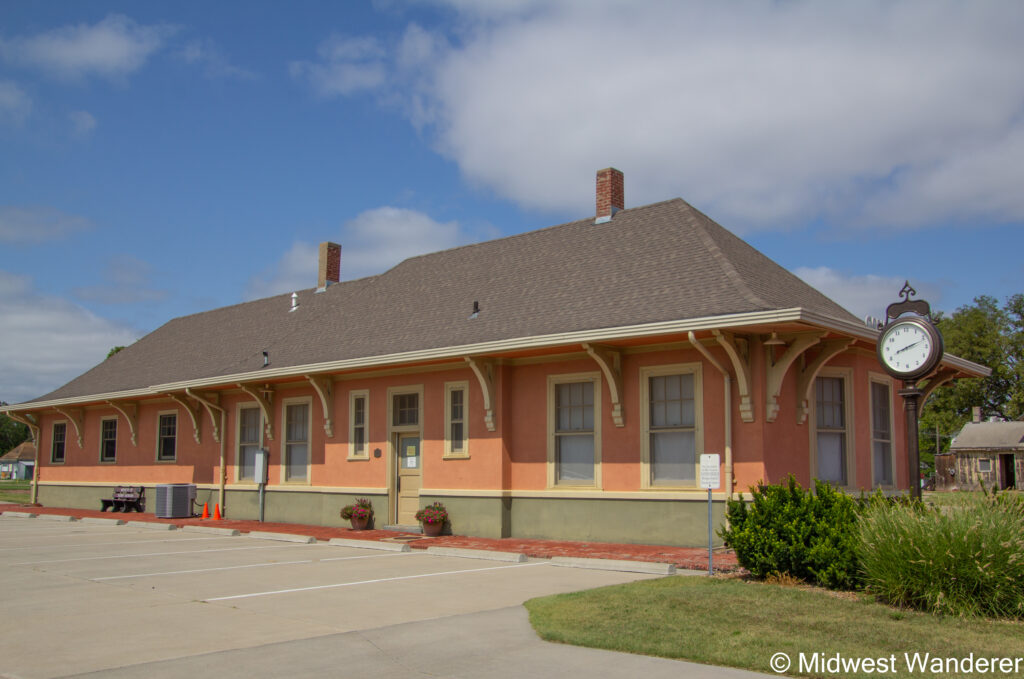 A separate building houses an 1860s train car similar to what the orphans would have ridden on and includes more artifacts. 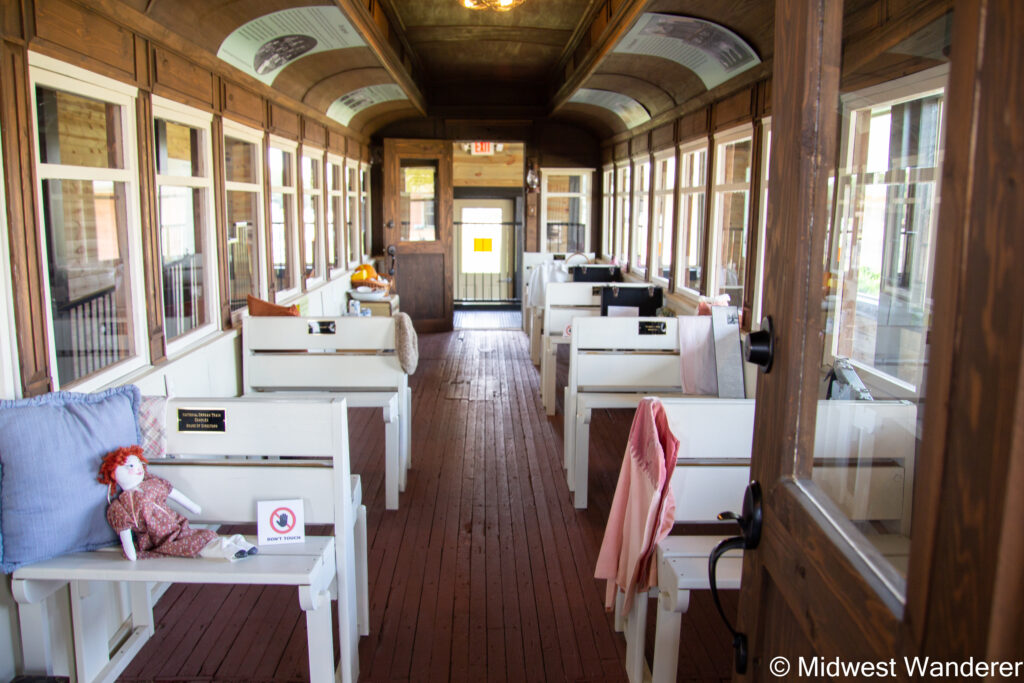 You’ll find statues that honor orphan train riders sprinkled throughout Concordia and Cloud County. Each statue includes a plaque with the story of the riders the statue represents. Pick up a listing of statue locations at the National Orphan Train Welcome Center.

The Orphan Train Museum is located at 300 Washington Street in Concordia, Kansas. For admission rates, hours and other details, visit the museum website.

To learn about other attractions in the area, visit the Cloud County Tourism website.

Thank you for reading Midwest Wanderer. Don’t miss a post. Enter your e-mail address to the right and click Subscribe. We’ll notify you whenever I publish another post. Subscription is FREE. After subscribing, be sure to click the link when you get the e-mail asking you to confirm.– Connie

Before this summer, I knew little about Wild Bill Hickok. Then, within just a few weeks, we visited three places within Kansas and Illinois that all shared Hickok stories—quite a coincidence. I learned several fascinating facts about him. Here are END_OF_DOCUMENT_TOKEN_TO_BE_REPLACED