Microwave ovens, hair dryers, computers and air conditioning. Can you imagine living without the conveniences we take for granted? Yet, while towns in the United States were electrified by 1930, some parts of rural America were still in the dark in the 1950s. Thanks to the Rural Electric Administration (REA), though, farmer-owned electric co-ops began bringing electricity to farms in the mid-1930s. We recently toured the first power plant that received a grant under the REA bill, the Reeve Electric Association Plant, now the REA Power Plant Museum, in Franklin County, Iowa. 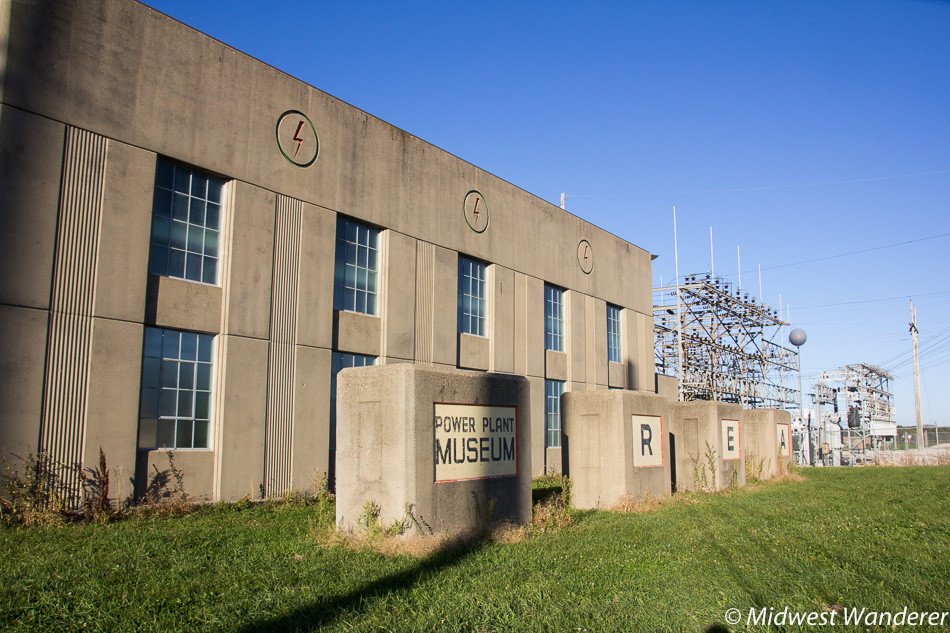 Despite receiving the first REA grant, a Wisconsin power plant beat the Reeve Electric Association plant to the finish by two days, making the Franklin County plant the second farmer-owned electric cooperative to go live in the country but the first west of the Mississippi.

Marvin Rodemeyer, a volunteer with the Franklin County Historical Society, grew up on a farm near the power plant. “I used to come over here quite a bit, and I knew all the men who worked here. I’d come over and visit with them,” Marvin reminisced.

Franklin and five other nearby counties formed the cooperative that borrowed $220,000 from the REA fund to get started. Beginning with a single three-cylinder, 750 horsepower diesel engine, the plant grew to four engines, each engine larger than the previous. The fourth engine was five cylinders with 2,000 horsepower. 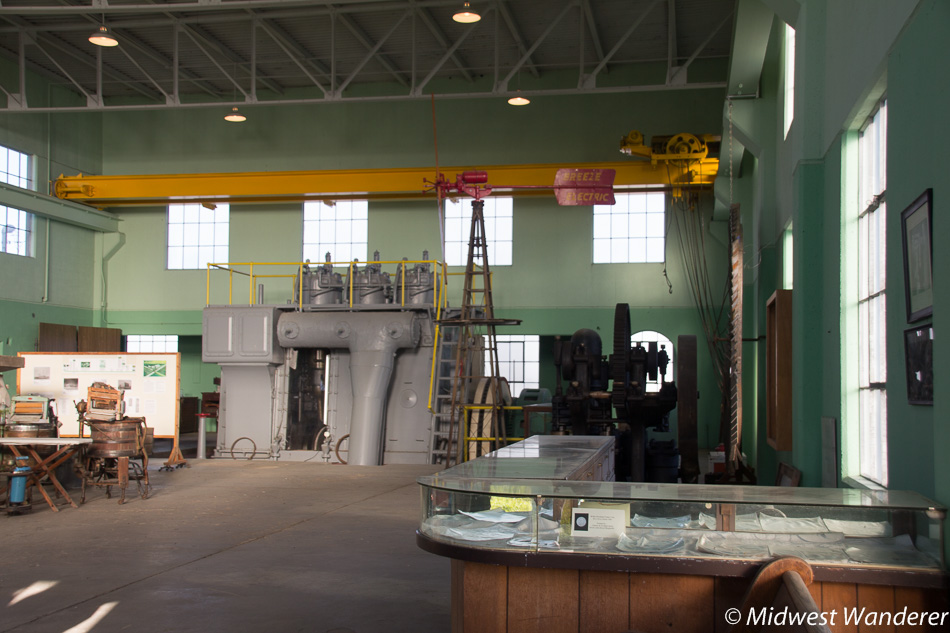 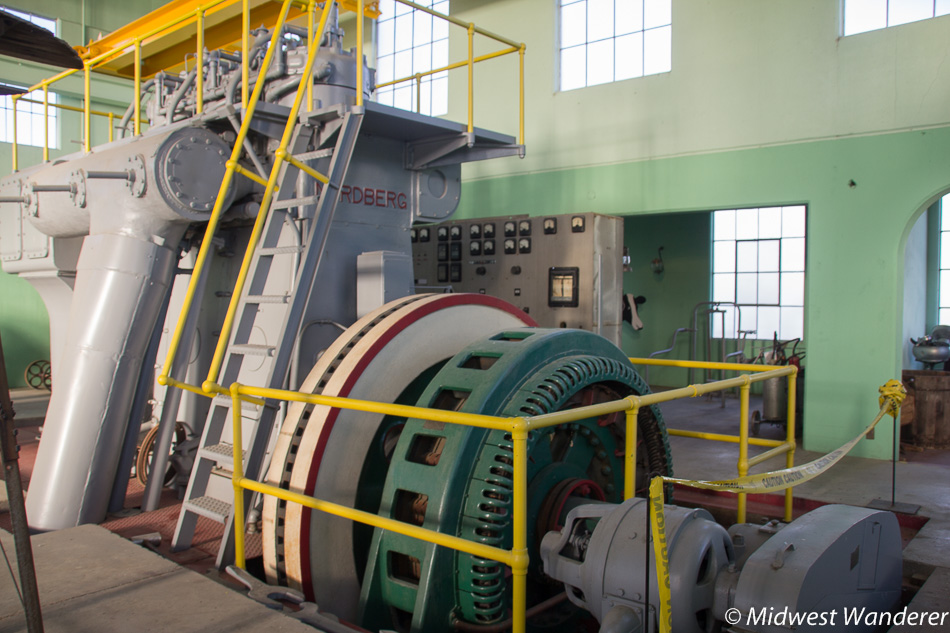 During World War II the plant was vital for farm production, according to Rodemeyer. To prevent sabotage, a small lookout building, big enough for one person, was built on the roof, where guards stayed around the clock.

The demand for electricity grew rapidly. By 1950 a steam plant was built nearby, and the Reeve Electric Association plant was placed on standby status. “In 1956 they locked the doors,” said Rodemeyer.

Today the REA Power Plant Museum building, placed on the National Register of Historic Places in 1990, houses two of the original diesel engines that powered area farms. The Franklin County Historical Society has added several exhibits to demonstrate what life was like before the area was electrified. One item was a generator that farmers used to create their own electricity by charging batteries. The 32-volt batteries supplied enough power for a few basic needs like lighting, a cow milker and refrigerator. But it was the power plant that made the real difference, revolutionized farming, according to Larry Sailer, Franklin County Farm Bureau President. 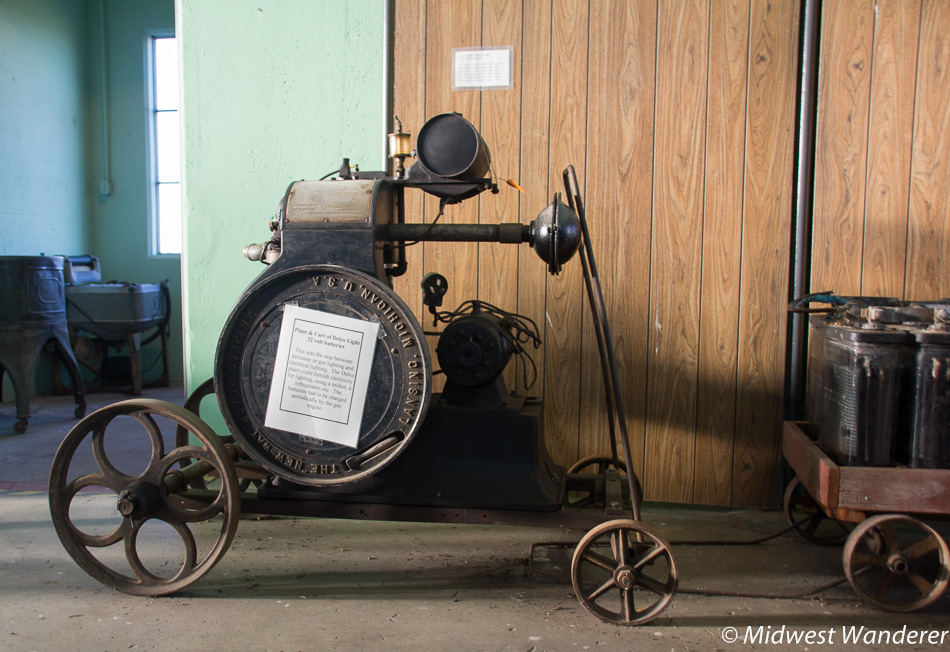 The REA Power Plant Museum, located at 1410 110th Street in Hampton, Iowa, is open by appointment through the Franklin County Historical Museum. Call 641-456-5777.

Howard Steamboat Museum in Jeffersonville, Indiana, pays tribute to the Howard family and their steamboat building company. The tour combines a history of the ornate Edmonds and Laura Howard mansion and the shipyard located across the street, which the Howard END_OF_DOCUMENT_TOKEN_TO_BE_REPLACED