Shiojiri Niwa, the Japanese garden in Mishawaka, Indiana, covers only one and a third acres of land, but the symbolism is much larger than that. The serene strolling garden is a symbol of a special bond between sister cities Mishawaka and Shiojiri City, Nagano Prefecture, Japan that began with a chance meeting in Indonesia in 1937. 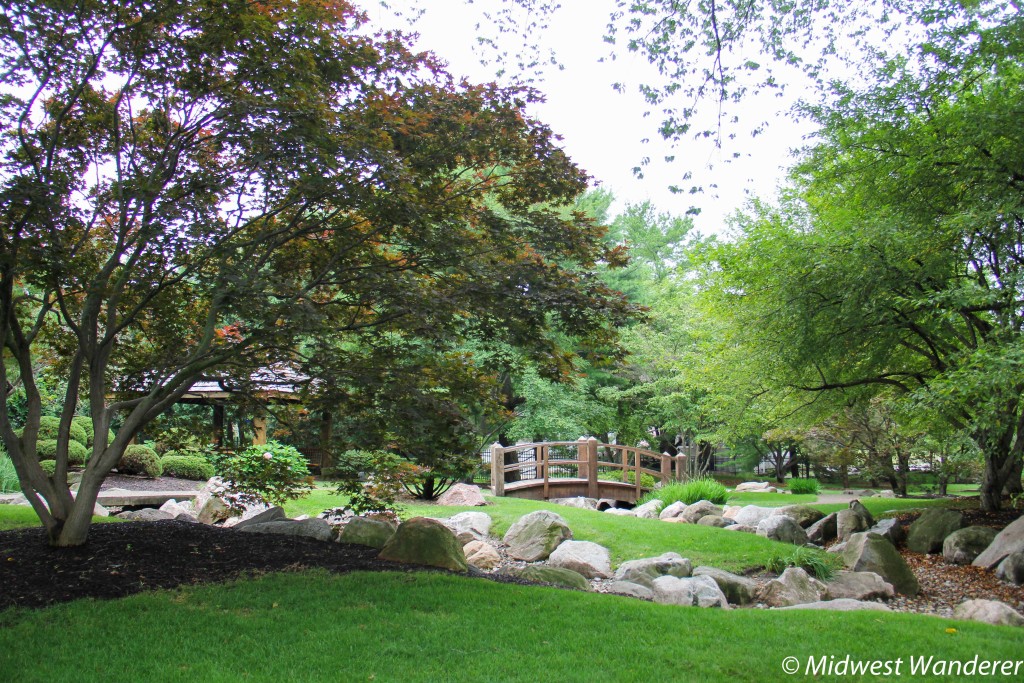 Helen Amos, a young teacher at a Mishawaka elementary school, was riding a train on Indonesia’s island of Java when she struck up a conversation with a Japanese man from Shiojiri City. When the man returned home, he told his friend, Hiro Takasuna, about his conversation with Amos. Takasuna wrote to Amos, which began a four year exchange of letters, until World War II.

The war didn’t end the friendship, however. After the war the letter writing resumed, and the two began visiting each other’s communities. In 1964 Amos’ students at Battell Elementary School sent artwork and notes to students at Nishi Primary School students in Shiojiri, which began an exchange between the schools.

In 1972 both cities made it official: they became sister cities. Over the years the cultural exchange grew to include a student exchange program and exchange visits of business people and city officials.

The Shiojiri Niwa, dedicated in August 1987 in honor of the sister-city friendship, was designed by Shoji Kanaoka, a Japanese Landscape Architect at Disney’s Epcot Center in Florida. A tranquil path winds through the garden filled with carefully shaped trees and plants. Four bridges cross a dry garden where white gravel is raked into patterns that represent ocean waves. 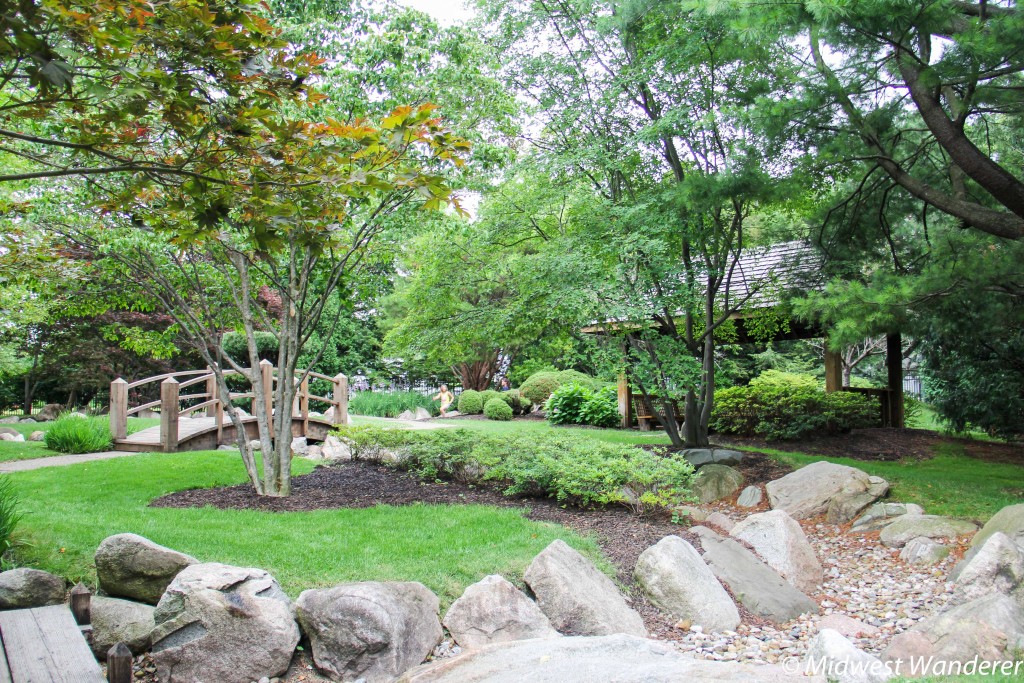 Like most Japanese gardens, rocks and green plants cover most of Shiojiri Niwa, with an occasional pop of color, like a blossoming hydrangea or the red bridge, which was inspired by the bridge leading to Matsumoto Castle near Shiojiri City. 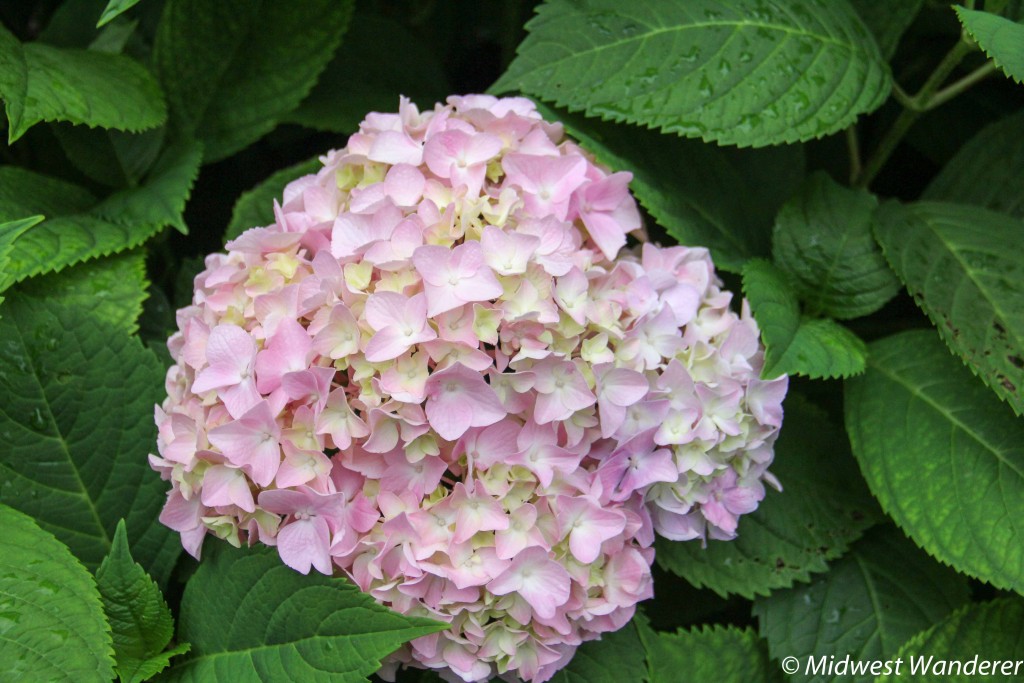 The teahouse pavilion in Shiojiri Niwa provides a place to rest and reflect. A traditional Japanese tea house, often found in a garden, is used for a tea ceremony. 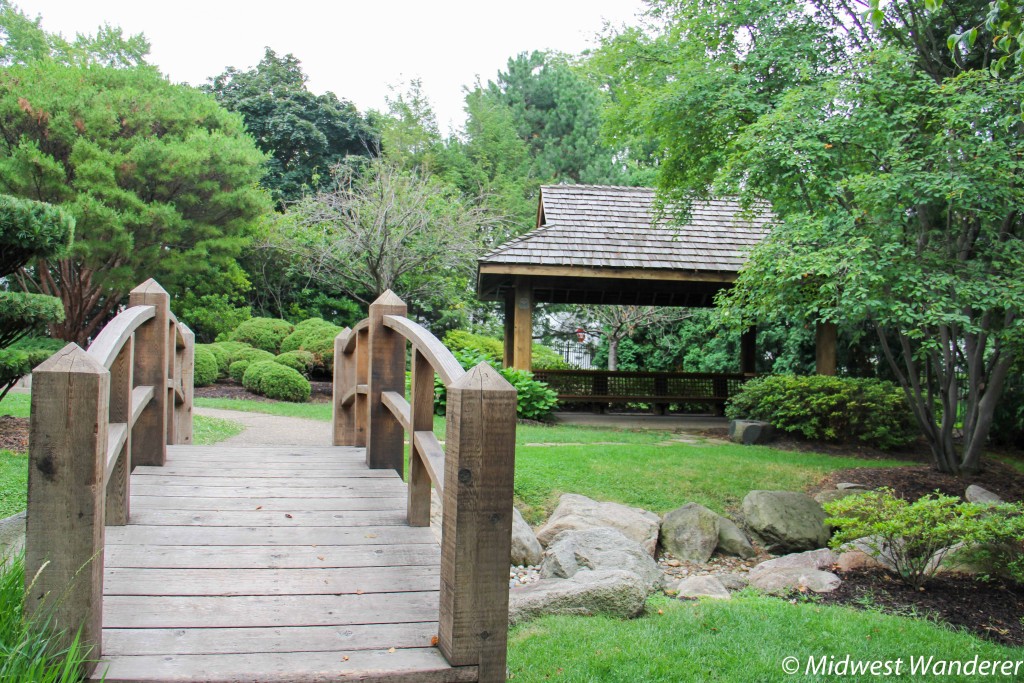 A bronze sculpture of two American and two Japanese children stands at the entrance to the garden. Designed by Hidekazu Yokozawa and dedicated in 1992, the sculpture symbolizes the start of the friendship between Shiojiri City and Mishiwaka that led to them becoming sister cities. 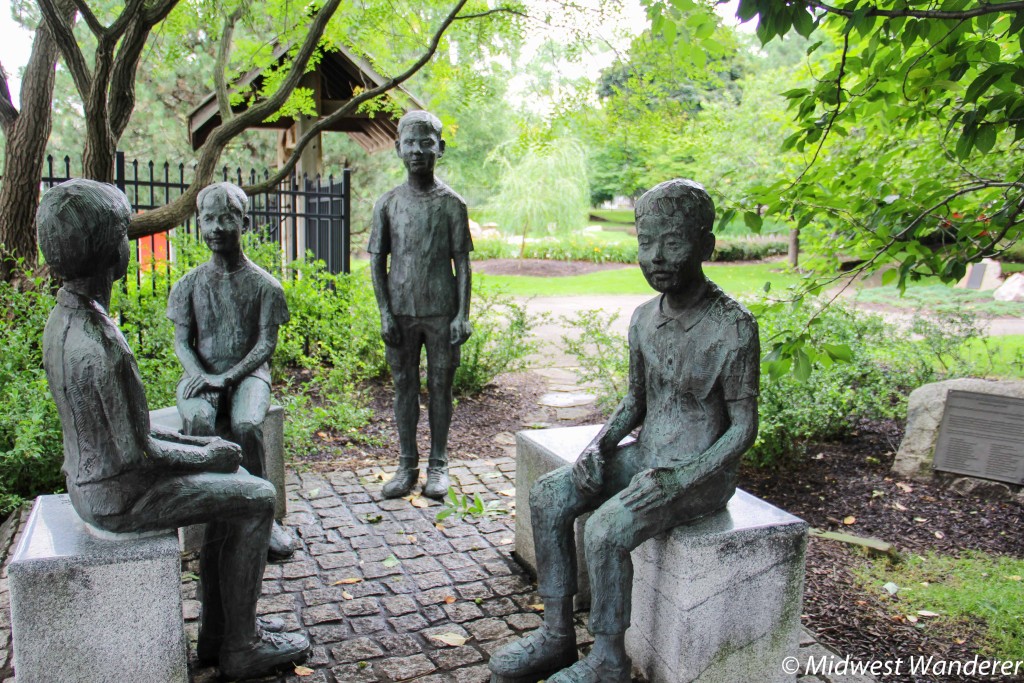 Shiojiri Niwi, located at 1000 East Mishawaka Avenue, across from Merrifield Park, is open May 1 to October 31 from sunrise to sunset. There is no admission fee.

Disclosure: Our visit to South Bend was hosted by Visit South Bend Mishawaka, However, any opinions expressed in this article are my own.

Linked to #TheWeeklyPostcard via A Hole in My Shoe.

2 thoughts on “Shiojiri Niwa: The Story of Mishawaka’s Japanese Garden”

Howard Steamboat Museum in Jeffersonville, Indiana, pays tribute to the Howard family and their steamboat building company. The tour combines a history of the ornate Edmonds and Laura Howard mansion and the shipyard located across the street, which the Howard END_OF_DOCUMENT_TOKEN_TO_BE_REPLACED