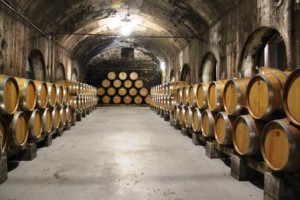 Entering Stone Hill Winery’s cool limestone cellars that date back to the mid-1800s, you inhale the heady aroma of oak and fermenting wine mixed with the cellar dampness.  It is in these cellars of Missouri’s second largest winery that 250,000 gallons of wine are produced per year, resulting in more award winners than any other winery in the state. 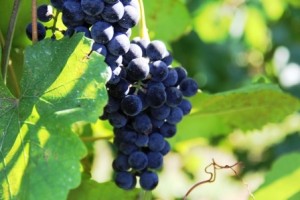 In 1836, German immigrants settled in Hermann, Missouri, hilly land along the Missouri River reminiscent of German Rhineland, perfect for growing the grapes of their homeland.  The winery opened in 1847 under the name Michael Poeschel, after the founder.  After changing hands and names several times, George Stark took ownership of the winery, changed its name to Stone Hill Wine Company, and by the late 1800s the winery became the second largest in the country and the third largest in the world, producing 1.25 million gallons of wine per year.

All of that came to an end when Prohibition took effect.  Barrel upon barrel of wine was dumped into the Missouri River, and the vineyards were burned.  For decades after that the cellars were used to grow mushrooms, until in 1965 Jim and Betty Held bought it and reopened the Stone Hill Winery. 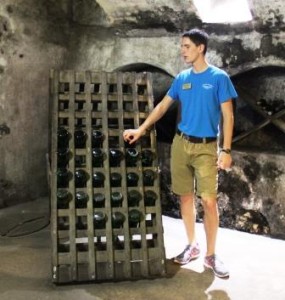 For the bargain rate of only $2.50 you can tour the winery, listed on the National Register of Historic Places, and taste as many wines as you’d like.  As your guide takes you through the cellars, he or she will relate the history of the winery and many tidbits of information about the wine making process.  Here are a few of the facts you’re likely to hear on your tour:

The tour ends in the tasting room, where you can sample the finished product.  After sampling, you may choose to enjoy a full glass of your favorite at the adjacent Vintage Restaurant, serving American and German cuisine. 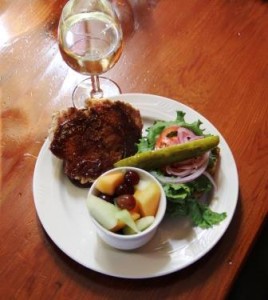 Stone Hill Winery is one of several wineries on the Hermann Wine Trail.  Hermann, Missouri, is located about 80 miles west of St. Louis on the Missouri River.

Before this summer, I knew little about Wild Bill Hickok. Then, within just a few weeks, we visited three places within Kansas and Illinois that all shared Hickok stories—quite a coincidence. I learned several fascinating facts about him. Here are END_OF_DOCUMENT_TOKEN_TO_BE_REPLACED