Most of the museums in Pontiac, Illinois, a Route 66 town, relate to Mother Road nostalgia, a fond memory of the past.  The Livingston County War Museum, though, stirs different emotions, a mix of patriotism, sadness, and awe, because this museum focuses on the people side of war. 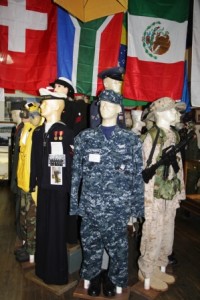 You’ll see some war memorabilia, like this AT-4, produced near Wilmington, Illinois, another Route 66 town, in the early 1990s.

But most of the museum is made up of stories, stories from veterans from every branch of the armed services.  Mannequins throughout the museum wear uniforms donated by veterans or families of veterans.  Those who were killed in action are denoted with a gold star. 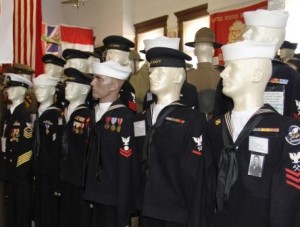 The veteran’s story is attached to the uniform, and sometimes other personal memorabilia is displayed, too, like this display about Bill Voorheis, who was shot by machine gun, and though severely wounded, lived through it because the bullet that would have killed him was deflected by a religious medal that he wore around his neck.  His daughter wears that medal around her neck today. 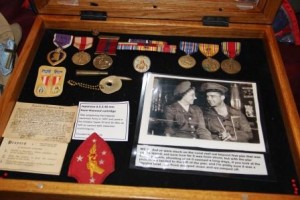 The Livingston County War Museum was the idea of Del Estes (1917-2005), WWII veteran.  Most of the volunteers who staff the museum are volunteer veterans whose uniforms are displayed, like museum president Jack Murphy. 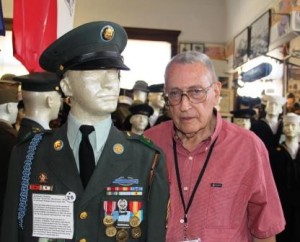 Ask volunteer Bill Hall to tell you the story of how a crab saved his life. 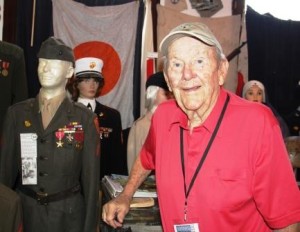 You can hear additional information about some of the displays through a self-guided cell phone tour.

The Livingston County War Museum is located at 321 N Main Street in Pontiac, Illinois, adjacent to the Illinois Route 66 Hall of Fame and Museum.  Admission is free; donations accepted.

Before this summer, I knew little about Wild Bill Hickok. Then, within just a few weeks, we visited three places within Kansas and Illinois that all shared Hickok stories—quite a coincidence. I learned several fascinating facts about him. Here are END_OF_DOCUMENT_TOKEN_TO_BE_REPLACED