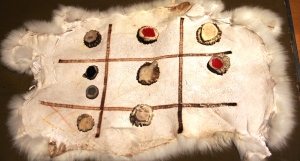 You won’t find a combination of mountains, dinosaur remains, Native American culture and the Wild West in most Midwest states. The Black Hills in South Dakota is an exception. At the Journey Museum in Rapid City, you’ll find collections of all those things under one roof. Centrally located in western South Dakota, the museum is within a half day of five national parks plus Custer State Park. Visit the museum before you do anything else in South Dakota, and you’ll have a good orientation to the area history and culture.

I suggest you begin your visit by viewing The Journey video in the Wells Fargo Theater. A few other videos are shown daily in the theater, as well, but The Journey gives a nice overview to the Black Hills.

The Journey Museum has partnered with expert organizations that provide artifacts and interpretation for the four museum collections.

Geology and Paleontology
In the geology and paleontology area, presented by the South Dakota School of Mines and Technology, a rock collection shows a variety of rocks from the area, some of them formed billions of years ago. 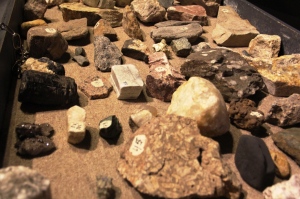 A wall of rock demonstrates the layers formed in the various areas of the Black Hills at different times in history, including the deep red shale that makes up the Red Valley, also known as the Race Track. 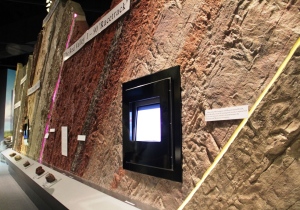 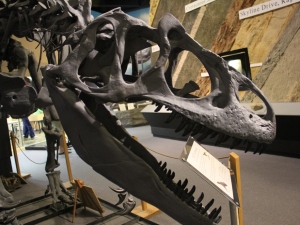 The triceratops (meaning “three-horned face”) skull looks even more wicked than the allosaurus but was an herbivore. 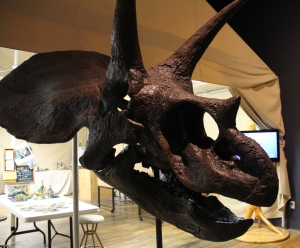 This display of dinosaurs in the jungle environment in which they would have lived is a popular photo op. 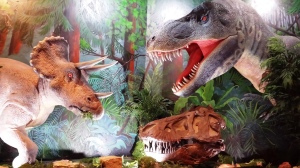 Archeology
The South Dakota Archaeological Research Center provides a collection of artifacts to The Journey Museum. The museum’s collection includes arrowheads, pottery, tools and other items uncovered during archeological digs. Kids can go on their own “archeological dig” at the museum. 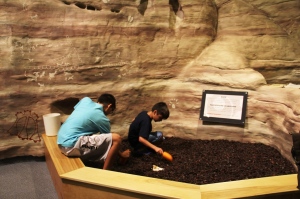 Sioux Indian Museum
Learn the history and culture of the Sioux Indians through exhibits that include clothing, decorative items and tipis.

A beaded amulet in which a newborn’s umbilical cord was stored was usually made by an aunt or grandmother and given as a gift to the infant to be worn for life. 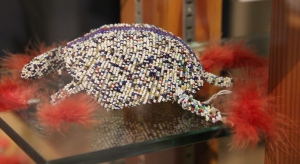 A winter count served as a journal of significant events that took place throughout the year. 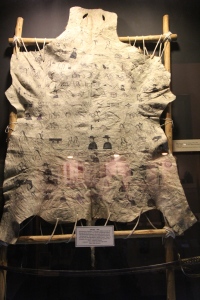 Children (and adults, if they’d like) are invited into the storyteller’s tipi where Oglala matriarch Nellie Two Bulls, in hologram form, tells about Native American life before they lived on reservations. 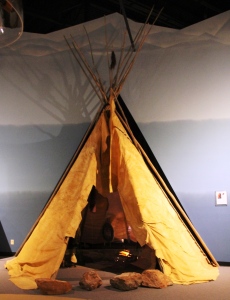 Minnilusa Pioneer Museum
As pioneers were making their way across South Dakota to points farther west, gold was discovered in the Black Hills. It quickly became a hot spot for those looking to seek their fortune in gold and for outlaws who intended to take advantage of the settlers.

Learn about life during the gold rush period with exhibits that include everything from weapons to a street of storefronts. See a cabin with artifacts like this plainmsan’s coat made by a rancher’s Sioux wife. 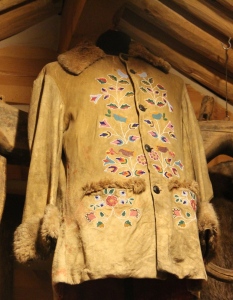 A pioneer’s home may have looked something like the one on display. 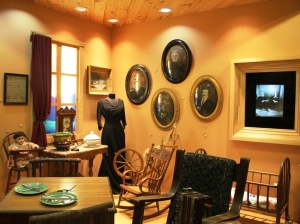 This next photo may look like a double exposure, but this is what you see when you look through the window that represents the scene of Wild Bill Hickok’s death at Saloon #10 in Deadwood. The card hand he was holding that included a pair of black eights and a pair of black aces is known as the dead man’s hand. 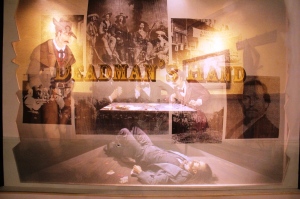 From prehistoric life to life in the late 1800s, The Journey Museum will give you a nice overview of Black Hills history. Start your Black Hills trip there to better understand the topography, history and culture that you’ll experience at other Black Hills attractions.

Accommodations in Rapid City were at Rushmore Plaza Holiday Inn, two blocks from the museum.

Before this summer, I knew little about Wild Bill Hickok. Then, within just a few weeks, we visited three places within Kansas and Illinois that all shared Hickok stories—quite a coincidence. I learned several fascinating facts about him. Here are END_OF_DOCUMENT_TOKEN_TO_BE_REPLACED