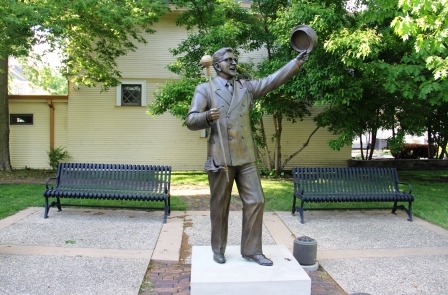 Enter the museum, and you are on the movie set, made up of mostly facades. However, a few of the storefronts house real shops, like the ice cream parlor that offers ten hand-dipped flavors. The original movie set in Hollywood has been used in several other films, including Back to the Future. 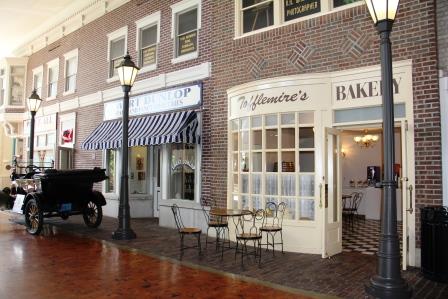 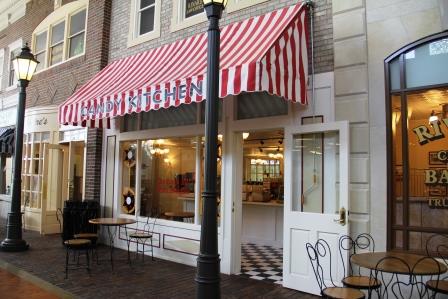 Walk through the Livery Stable doors to enter the museum.. 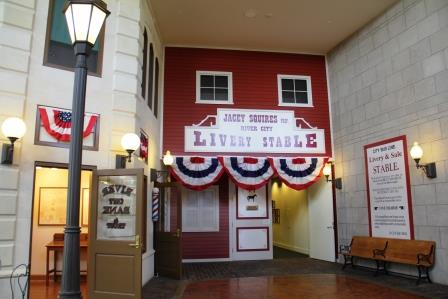 Willson was awarded the first Grammy Award for Best Original Cast Album in 1958. The award and the gold album are both on display in the museum. 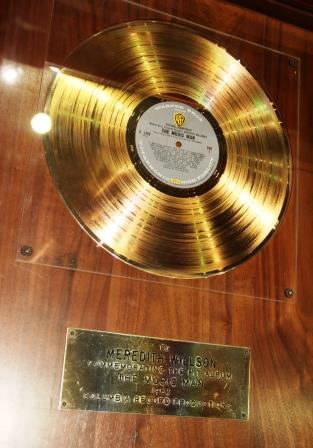 The Music Man, the most well-known of Willson’s accomplishments, has brought much pomp and circumstance to Mason City over the years. The movie premiered here in 1962, complete with red carpet and stars in attendance, coinciding with the North Iowa Band Festival weekend. Stars Robert Preston, Shirley Jones and Ronny Howard, as well as Willson, returned many times for the band festival, which at its peak, included a parade with bands from 100 high schools across the country. One display in the museum meshes the band festival with the movie. 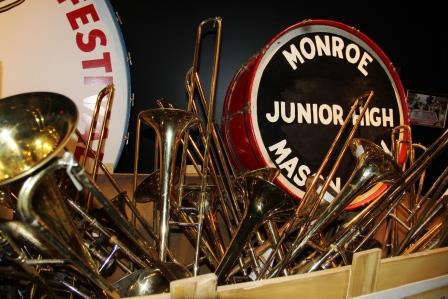 Lesser known accomplishments of Willson’s career are represented in the museum, as well, including his time playing under John Philip Sousa and his score for Charlie Chaplin’s “The Great Dictator.” 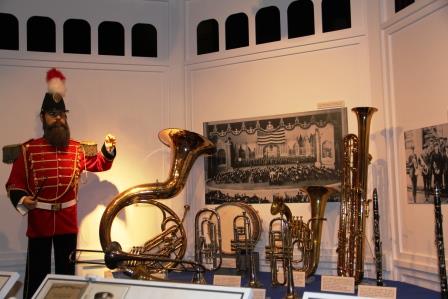 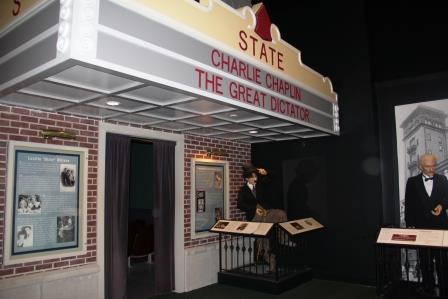 Next door to the museum, the home in which Willson spent his entire childhood provides a glimpse of his formative years. The youngest of three siblings, he made his way into the world in a big way, born at 14 pounds, 6 ounces. With his father an attorney, the family wasn’t wealthy, but they were comfortable. 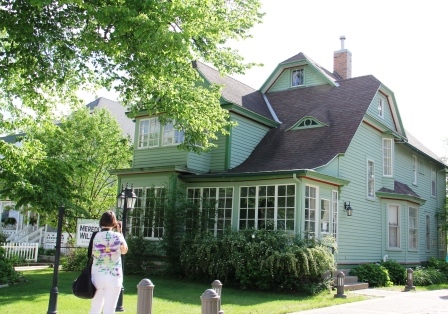 His mother taught piano lessons, introducing Willson to music at a young age. 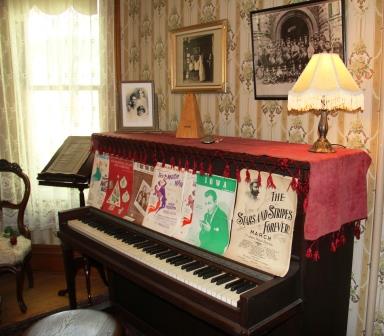 The house has been restored, and many of the family’s possessions are displayed, thanks to Willson’s widow Rosemary, who donated a semi-load of items from the estate. 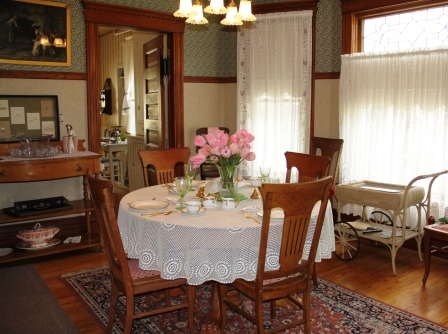 If you visit The Music Man Square

Accommodations: I stayed at the Historic Park Inn Hotel, designed by Frank Lloyd Write, during my visit to Mason City. Find the best deal, compare prices, and read what other travelers have to say at TripAdvisor

Disclosures: My visit to Mason City was hosted by the Iowa Tourism Office, but any opinions expressed in this post are my own.
This article contains an affiliate link, which means that if you book a hotel room through the link, I will receive a small commission at no extra cost to you.

Before this summer, I knew little about Wild Bill Hickok. Then, within just a few weeks, we visited three places within Kansas and Illinois that all shared Hickok stories—quite a coincidence. I learned several fascinating facts about him. Here are END_OF_DOCUMENT_TOKEN_TO_BE_REPLACED