At 3,860 feet long and 162 feet above the Sheyenne River, the High Line bridge is one of the longest and highest single track railroad bridges in the United States. The bridge so defines Valley City that the local school teams are named the Hi-Liners. In use since 1908, the High Line is just one of eight bridges that make up the Valley City Historic Bridges Tour.

With the Sheyenne River winding through Valley City, there are a total of thirteen bridges throughout the town, eight of which make up the Historic Bridges Tour.

Stop at the Rosebud Visitor Center on Main Street in downtown Valley City to pick up a map of the Historic Bridges Tour and a larger map of the city. The folks there can point out the best route to take to take in all the bridges. When we took the self-guided tour, there was quite a bit of construction going on in town, requiring us to make several detours, so having the larger city map was helpful.

While you’re at the Rosebud Visitor Center, named after the private railroad car of a Northern Pacific superintendent, take a look around. The railroad car is a highlight of the visitor center. A fun thing to note is the mural painted on the wall opposite the rail car. The mural depicts people inside the rail car. The reflection in the windows of Rosebud makes it look like those people are actually in the car. 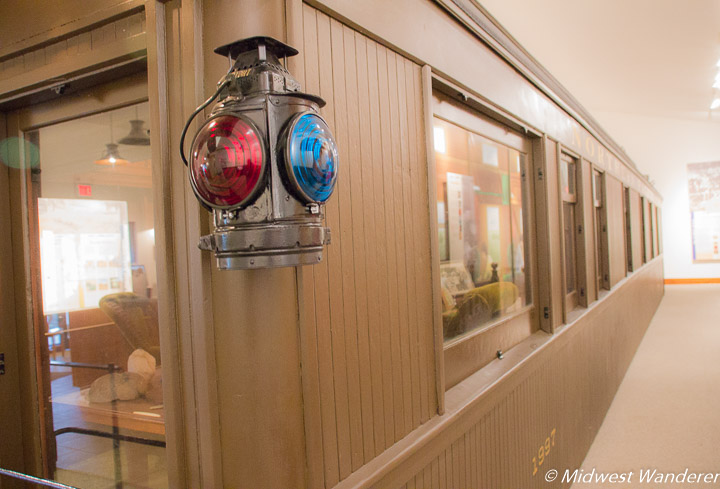 Be sure to also check out the railroad equipment outside the visitor center. 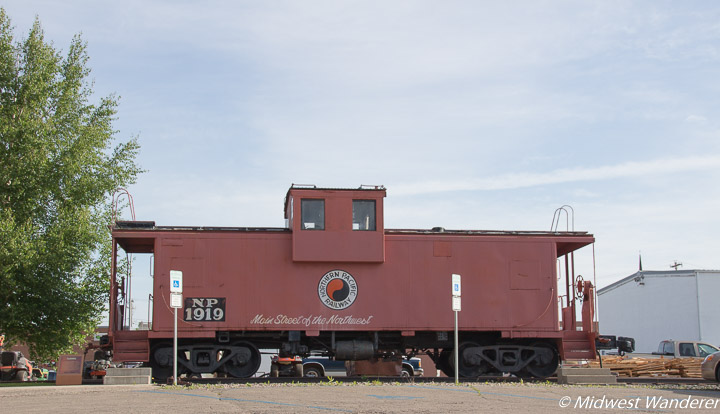 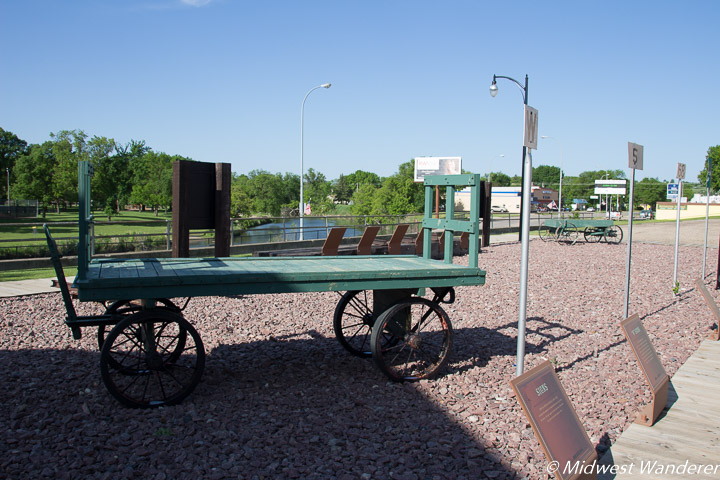 We had fun looking for the different bridges throughout the town. Most are used for traffic, but a couple of them are footbridges. Many of them have been rebuilt or replaced over the years as the originals eroded in the harsh North Dakota weather.

Directly across from the Rosebud Visitor Center is the City Park Footbridge, which connects the park with Main Street. The bridge is also sometimes called the Elks Bridge due to its location next to the Elks Club Building.

My favorite was the VCSU Footbridge, across from the Valley City State University. The ornate 1901 suspension bridge is the only one of its kind in North Dakota.

The Rainbow Bridge, built in 2004, is a replica of a narrower bridge built in 1925-26. Other bridges in the same location on Main Street included a steel structure built in 1899 and the original wood bridge constructed in 1879. It was the first bridge in Valley City.

Some of the other bridges aren’t as ornate, but the surrounding area is beautiful. One example is the Mill Dam Bridge, which looks rather ordinary, but when we crossed the bridge, I was wowed by the rushing water and the dam and the surrounding greenery. 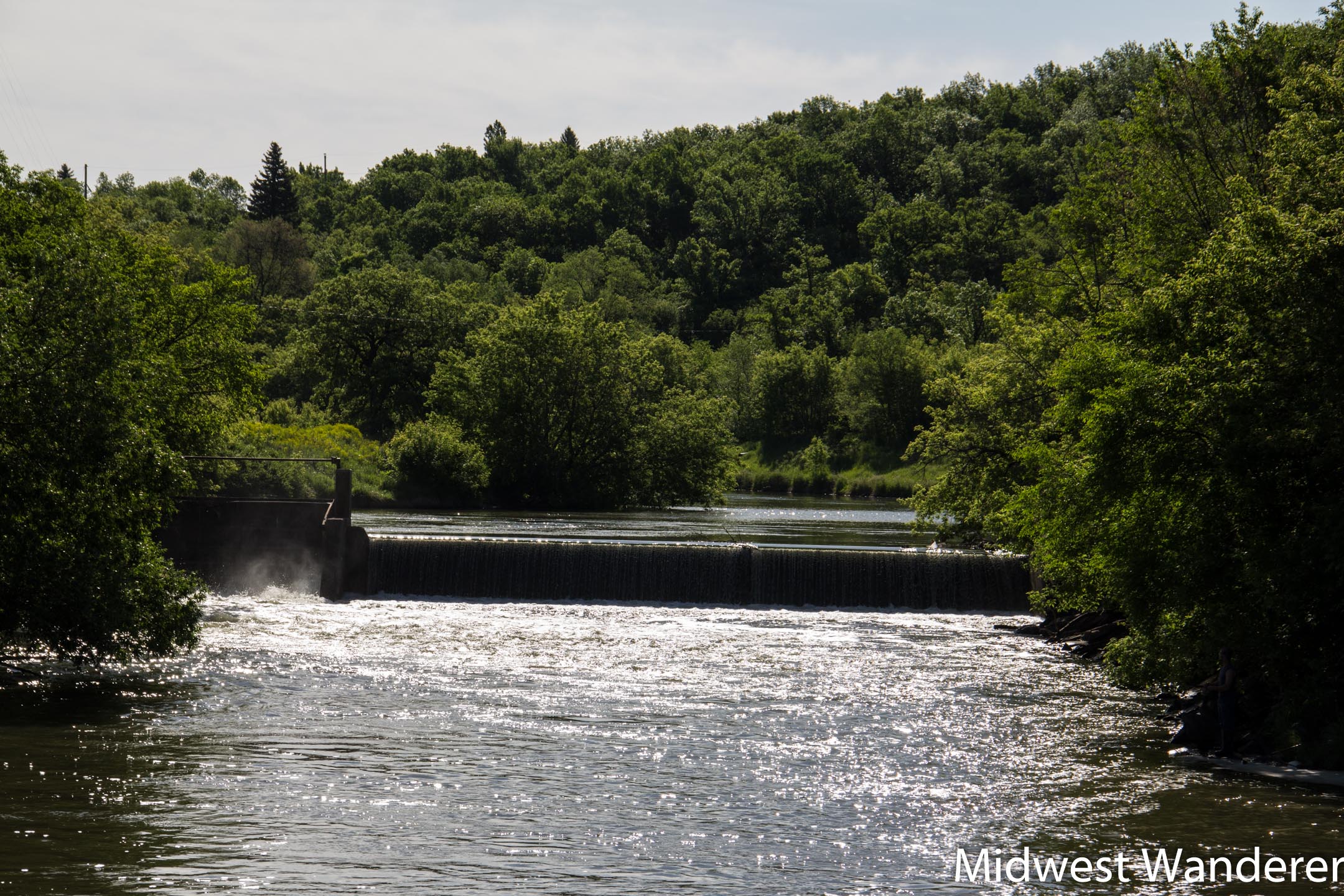 The only bridge on the tour we didn’t get to was the Maryvale Bridge, which is a little way out of town. We had been having so much fun hunting for and photographing the bridges that time got away from us, and it was time to move on.

If you take the Valley City Historic Bridges Tour

Accommodations: We stayed at the AmericInn during our visit to Valley City. Find the best deal, compare prices, and read what other travelers have to say at TripAdvisor

Disclosures: My visit to Valley City was part of a road trip through North Dakota hosted by North Dakota Tourism. However, any opinions expressed in this article are my own.
This article contains an affiliate link. If you purchase a product or book a hotel room through these links, I will receive a small commission at no additional cost to you.

Howard Steamboat Museum in Jeffersonville, Indiana, pays tribute to the Howard family and their steamboat building company. The tour combines a history of the ornate Edmonds and Laura Howard mansion and the shipyard located across the street, which the Howard END_OF_DOCUMENT_TOKEN_TO_BE_REPLACED