You’d be hard pressed to find a fair in the United States that doesn’t sell corn dogs. State fairs, county fairs, and local carnivals always include at least one vendor selling the hotdogs enrobed in cornmeal batter, deep fried to golden perfection and served on a stick.  But did you know that corn dogs weren’t always served on a stick? Nor were they fried. Rather, they were baked and took quite a while to prepare. Ed Waldmire, Jr., who may have invented the corn dog, first served them at the Cozy Dog Drive-In over sixty years ago. Today, tourists continue to stop at Cozy Dog in Springfield, Illinois, for a taste of nostalgic Americana as they travel Route 66 .

Who really invented the corn dog?

The actual corn dog inventor is disputed. However, everyone agrees it was invented in the early 1940s. Ed Waldmire Jr. claimed to have come up with the idea in 1941. Five years later, while Waldmire was in the Air Force, a friend whose father was in the bakery business, developed a mix that would cling to the hotdog while being fried. Waldmire experimented with the corn dogs in the U.S.O. kitchen, and they became big sellers. After an honorable discharge from the service, Waldmire and his wife went into business selling them. The Cozy Dog was born.

Although “Drive In” is in the name, today’s Cozy Dog is a walk-in restaurant where you order at the counter. It’s a lot larger than I had imagined it would be, and when we visited during lunch on a Friday, the restaurant was quite busy—not surprising, since it’s not a Route 66 icon, but a local favorite. 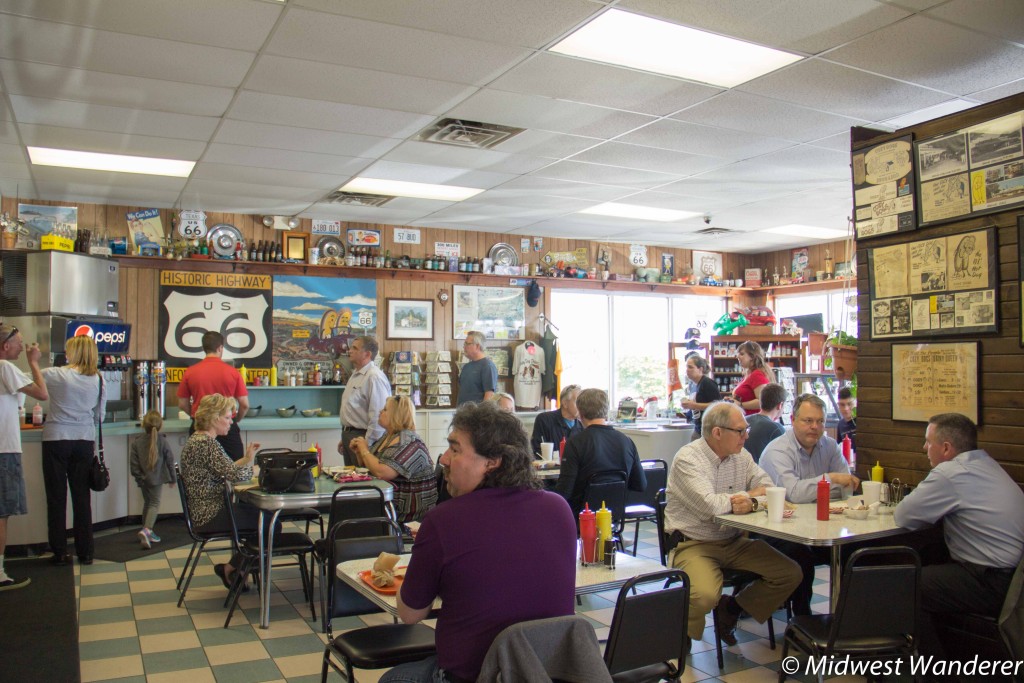 The restaurant, filled with Route 66 memorabilia, includes a large cutout of two Cozy Dogs getting cozy, the restaurant’s logo since the beginning. 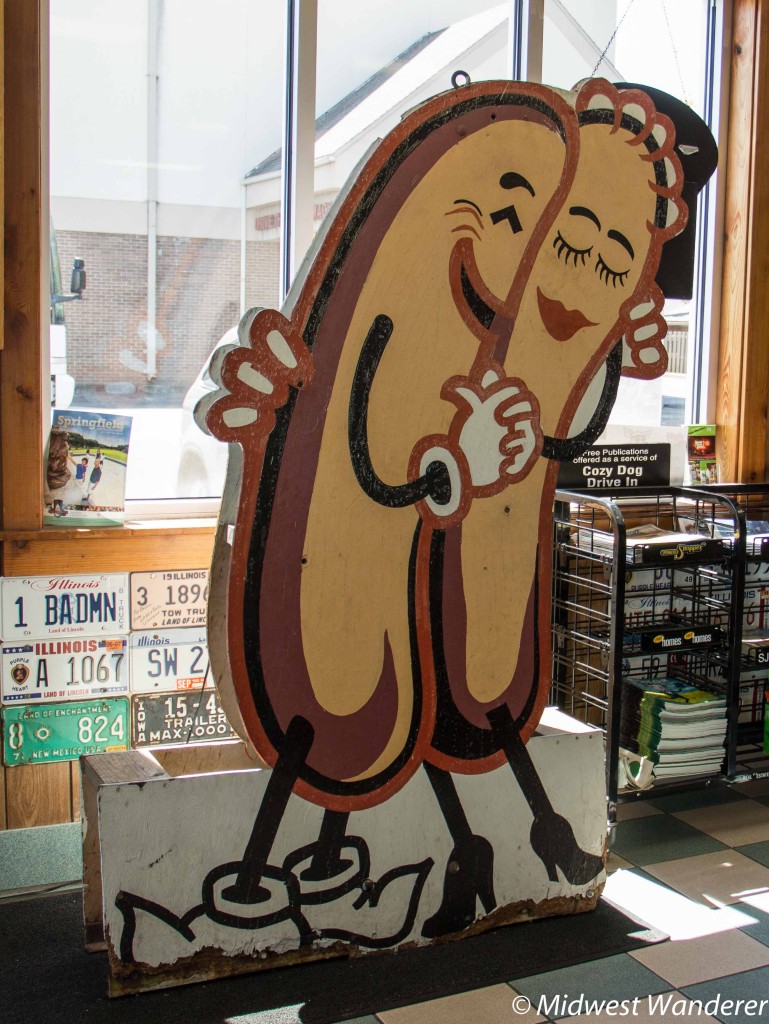 As we ate our Cozy Dogs and hand-cut French fries and sipped our Route 66 sodas, we chatted with third-generation co-owner Josh Waldmire, who was raised in the business. He recalled that as a small child he accompanied his parents to the restaurant while they worked. He learned the business from the ground up by observing them. After finishing school he moved away and dabbled in other careers, only to come back to the family business. 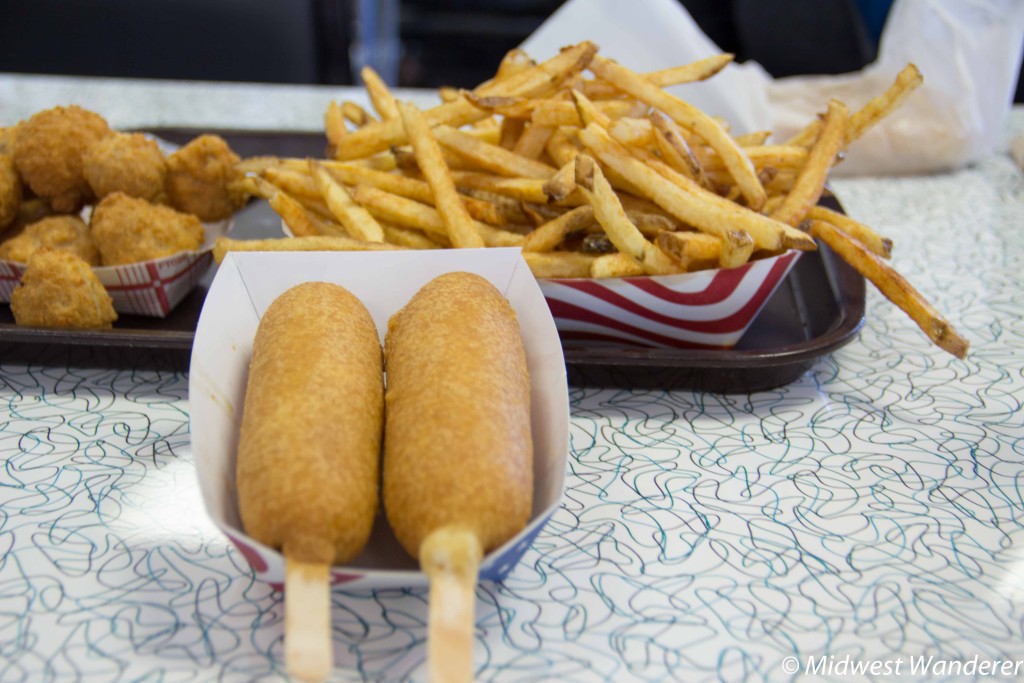 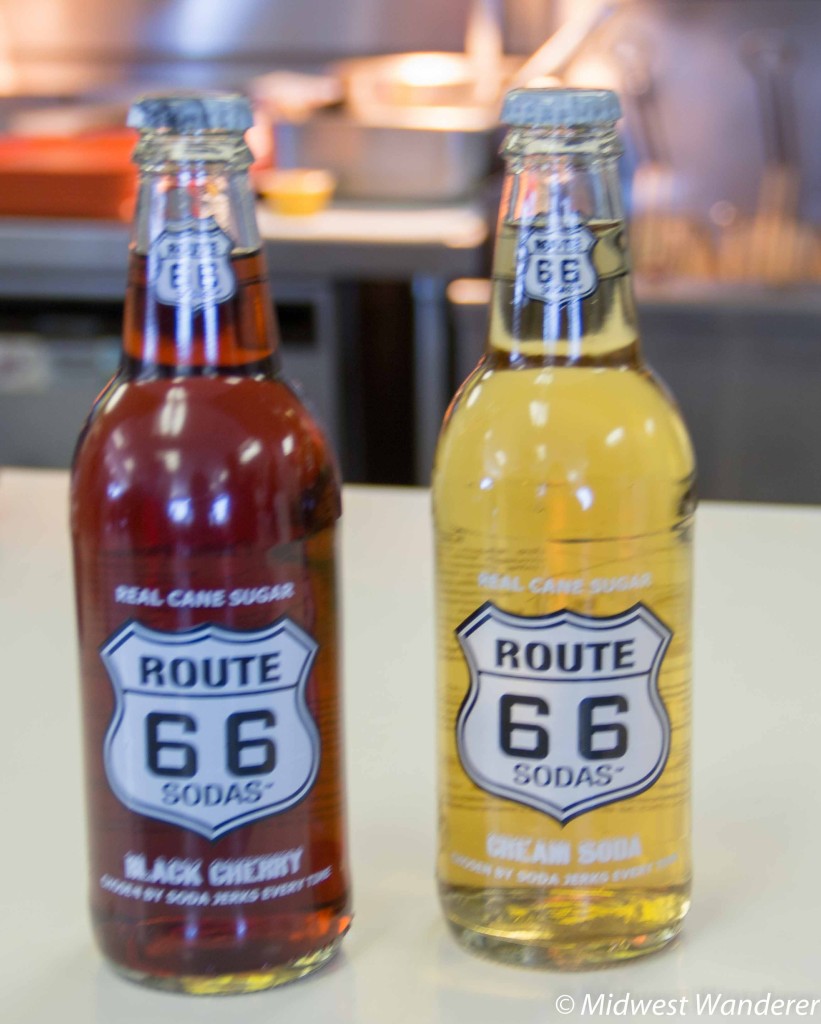 Before I sunk my teeth into my Cozy Dog, I asked Josh what differentiates the Cozy Dog from other corn dogs. The difference is in the coating, he said. Sure enough, the flavor is different, sweeter maybe, but definitely better than other corn dogs I’ve had. 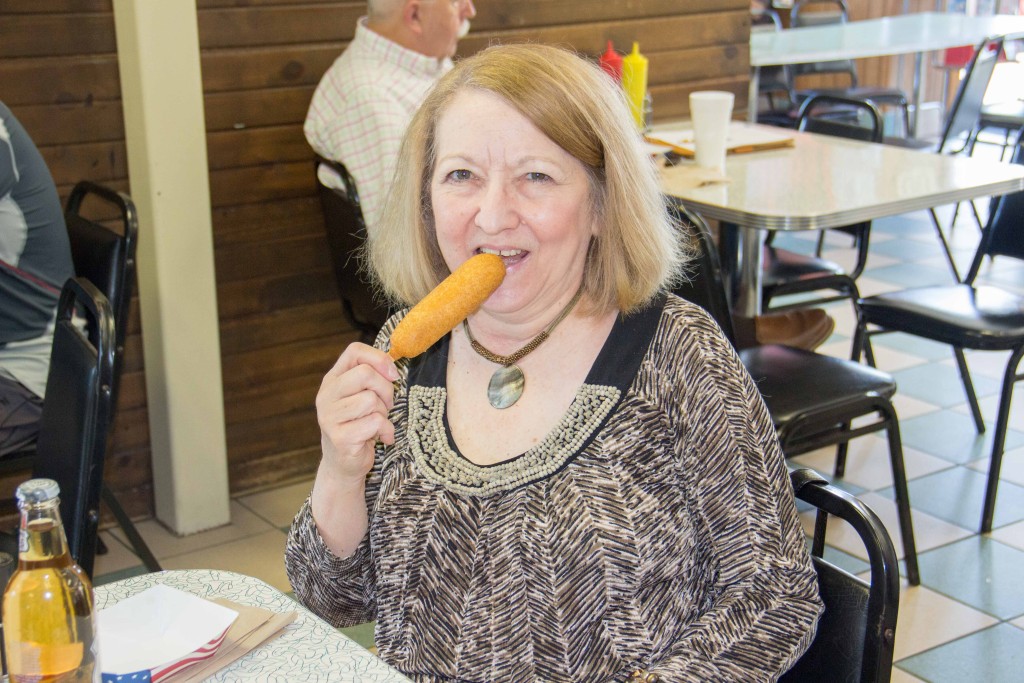 The Cozy Dog has made such a name for itself on Route 66 that it was the inspiration for the name “Cozy Cone Motel” in the Pixar animated movie Cars. No matter who actually fried the first corn dog, no one else can claim a connection to a Disney movie, and no other is a piece of Route 66 Americana.

If you visit the Cozy Dog Drive In

Cozy Dog Drive In, located at 2935 S Sixth Street in Springfield, Illinois, is open 8 a.m. to 8 p.m. Monday through Saturday and is closed Sundays. Check the web site for the full menu. 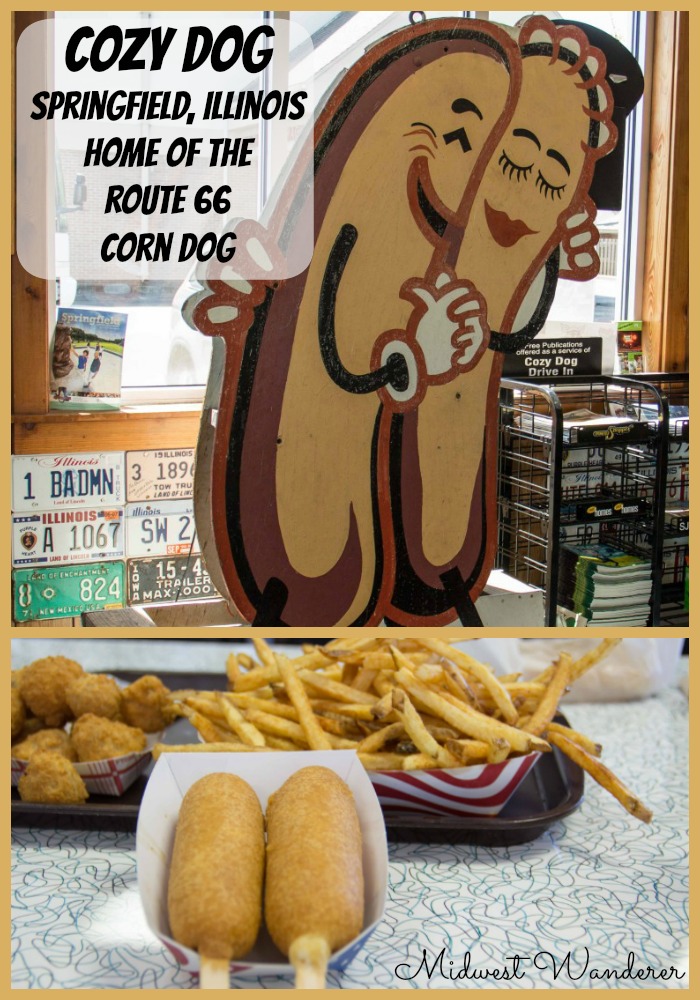 Disclosure: Springfield Convention & Visitors Bureau hosted our visit to Cozy Dog. Our meal was complimentary. However, all opinions in this article are my own.

Before this summer, I knew little about Wild Bill Hickok. Then, within just a few weeks, we visited three places within Kansas and Illinois that all shared Hickok stories—quite a coincidence. I learned several fascinating facts about him. Here are END_OF_DOCUMENT_TOKEN_TO_BE_REPLACED