In 1985 Clair Zimmerman and his wife, Virginia, opened a small general store in Cantril, Iowa, a town that serves the surrounding Amish community. They expanded…and expanded…and expanded. Today Dutchman’s Store occupies an entire block on Cantril’s main street, and it’s as much a tourist attraction as it is a grocery store…or a fabric shop…or a gift shop. 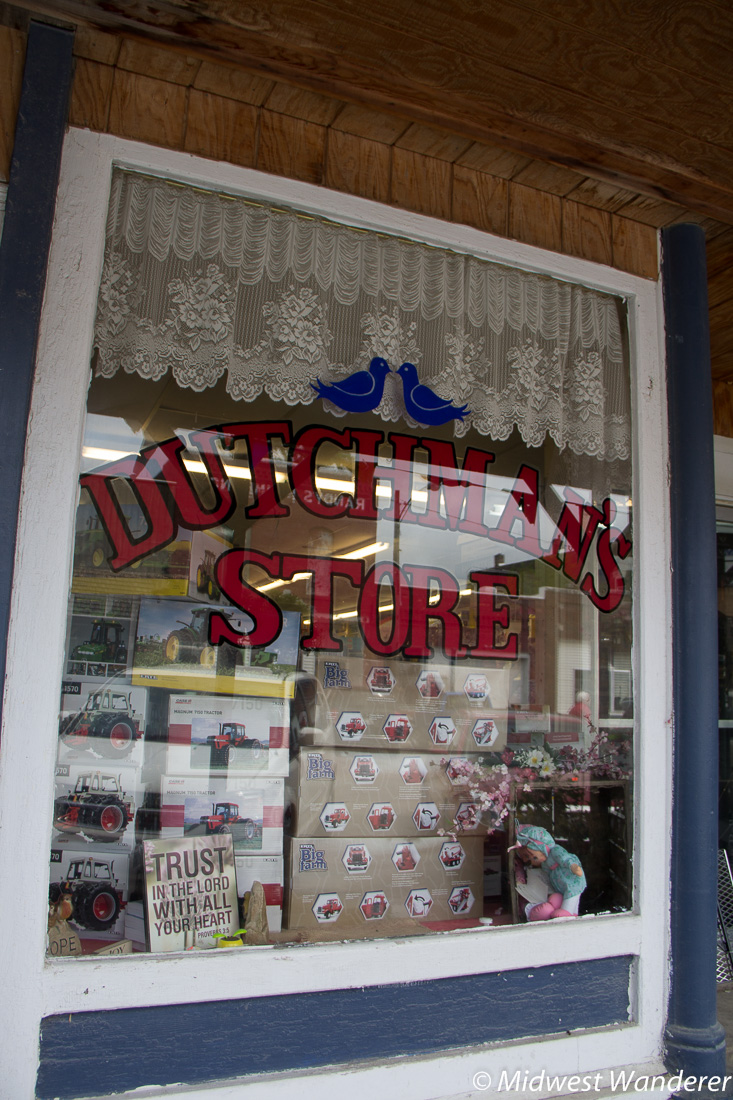 This is the second in a series of five posts about the Villages of Van Buren, twelve small towns in Southeast Iowa’s Van Buren County. You won’t find a stop light or a fast food chain anywhere in the county. Rather, small shops and independent restaurants take center stage.

When our travel group stopped at Dutchman’s Store during a tour of the Villages of Van Buren in southeast Iowa, we were told we had 50 minutes to shop. That’s plenty of time to check out the spices and teas, bakery goods, flavored peanut butters and other goodies that Amish stores are known for, I thought. And then we walked in.

The store is housed in several preexisting buildings, so moving from room to room is like exploring different shops: shelves of dolls and glassware in one room, stacks and racks of clothing in another. Bolt upon bolt of fabric, over 5000 altogether, is a seamstress’s dream in the sewing section. 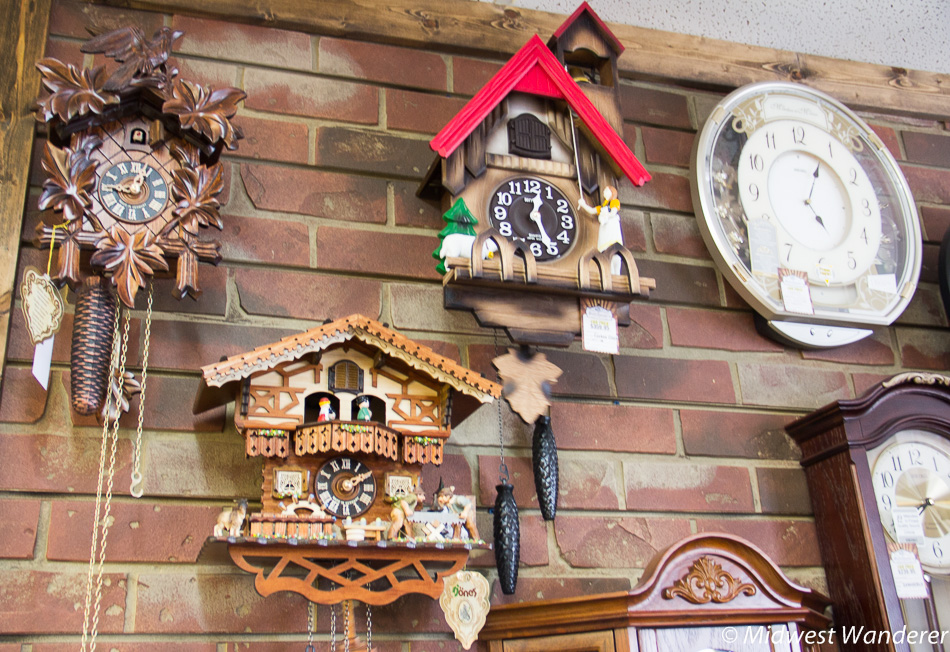 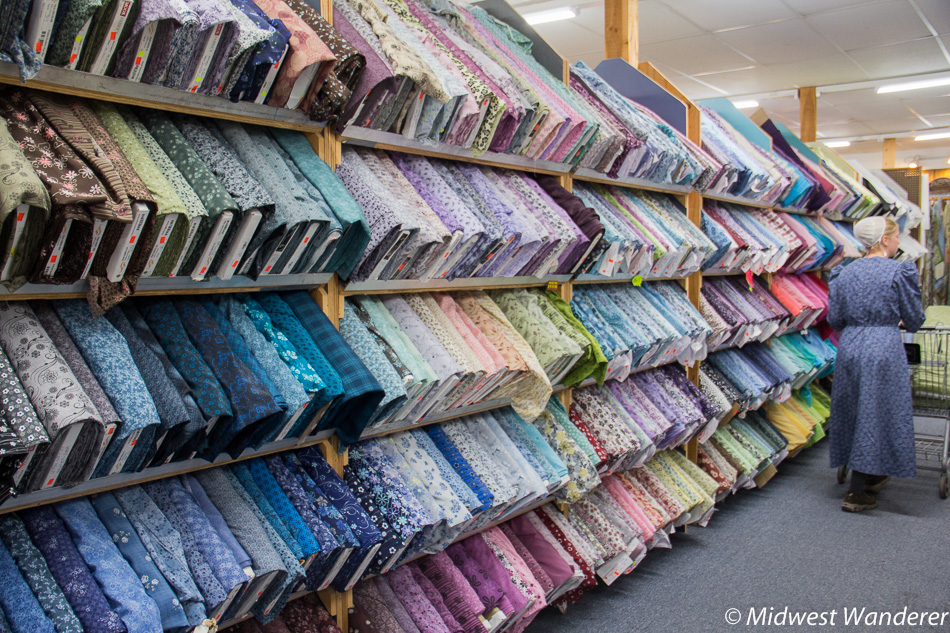 I spent most of my time, though, in the grocery section, specifically the bulk foods area, which Dutchman’s Store specializes in. I stocked up on fruit-flavored teas, multi-grain oats, fresh-ground cappuccino peanut butter and candied ginger. If I didn’t still have a few days left on the trip, I would have picked up some of the deli meats, like German bologna and specialty salamis that the Zimmermans get from Lancaster, Pennsylvania. 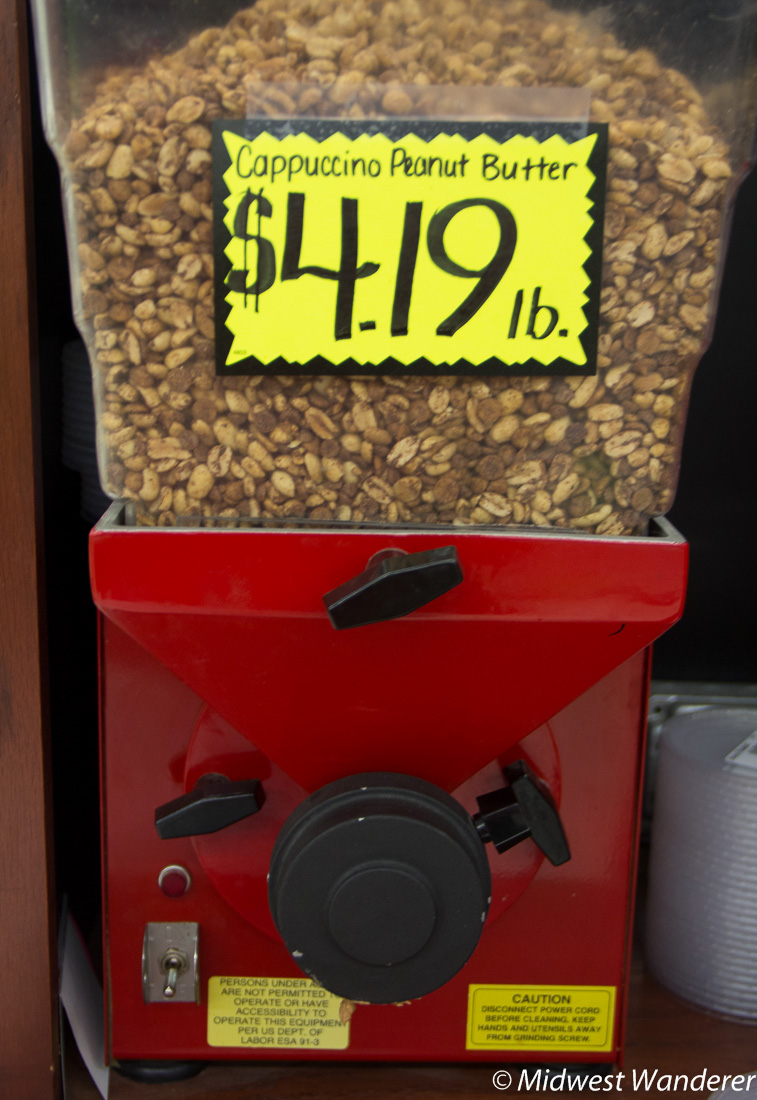 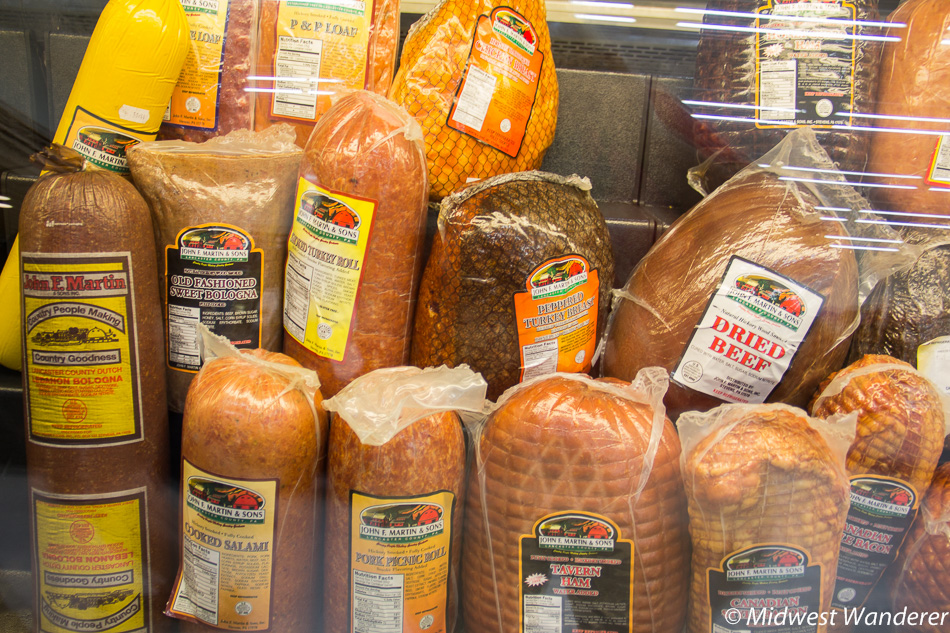 It’s a good thing we had a time limit in Dutchman’s Store because I could have gone on an on. Dutchman’s is one of those places that whenever I’m anywhere near the area, I’ll detour there to stock up again on my favorite Amish goodies.

Disclosure: My visit to the Dutchman’s Store was hosted by the Iowa Tourism Office and the Villages of Van Buren, but any opinions expressed in this post are my own.

Before this summer, I knew little about Wild Bill Hickok. Then, within just a few weeks, we visited three places within Kansas and Illinois that all shared Hickok stories—quite a coincidence. I learned several fascinating facts about him. Here are END_OF_DOCUMENT_TOKEN_TO_BE_REPLACED