At only 17-years-old, Galen Musser received his first U.S. Cheese Championship award for his Prairie BreezeTM cheddar. That’s just one year after he started his cheese making career. Milton Creamery cheeses have won many awards since then, including one in England.

This is the first in a series of five posts about the Villages of Van Buren, twelve small towns in Southeast Iowa’s Van Buren County. You won’t find a stop light or a fast food chain anywhere in the county. Rather, small shops and independent restaurants take center stage. 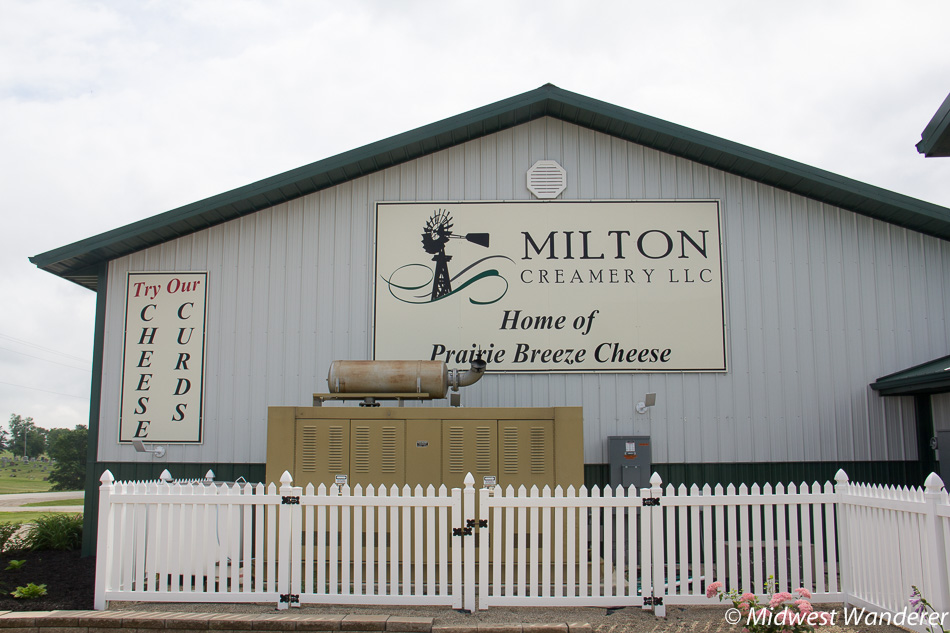 Milton Creamery began in 2006 as a co-op arrangement between the Musser family and local Amish farmers. However, when a couple of years into the arrangement the co-op was losing money, the farmers backed out and the Musser family took on the operation themselves, with Galen making the cheese and his dad, Rufus, selling it. Junior Musser, another of Rufus’ sons, who had been running the family’s dairy farm, joined the operation two years later to handle finances and marketing. Today Milton Creamery produces an average of 10,000 pounds of artisan cheese a month and is sold in stores throughout the United States. 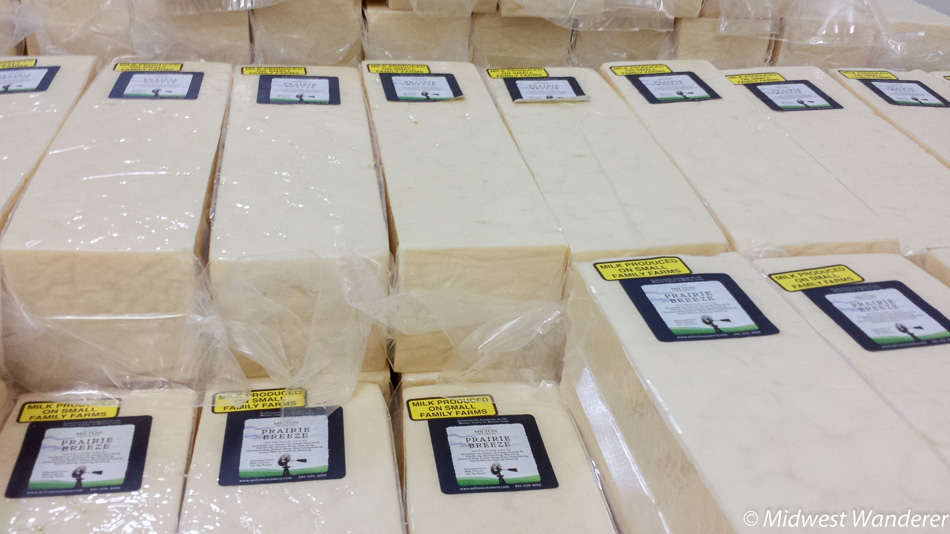 The Mussers still rely on Amish farmers, all within a 30-mile radius of the creamery, for their milk supply. None of the cows are given growth hormones, and except for the winter months, the cows graze.

Prairie Breeze cheddar, which is aged a minimum of nine months is still the Milton Creamery specialty, but they also make other types of cheese, including Colby and Quark. Junior quipped that “Colby is Colby, but ours is better.” The reason is they let more moisture in, which means it doesn’t have as long a shelf life as Colby made by big producers, but is more flavorful. Quark is a soft cheese popular in Germany. Rufus, who grew up on a farm in Pennsylvania, remembers his mother making Quark from excess milk. It’s supposed to be especially good for making cheesecake.

While we watched cheese being made through a large window, Junior gave us a quick rundown of the process, from the time the milk is delivered to putting it in a press and starting the aging. During the process, the milk’s whey is separated from the curds. Curds are what the cheese is made from. The whey goes to area farmers for hog feed. 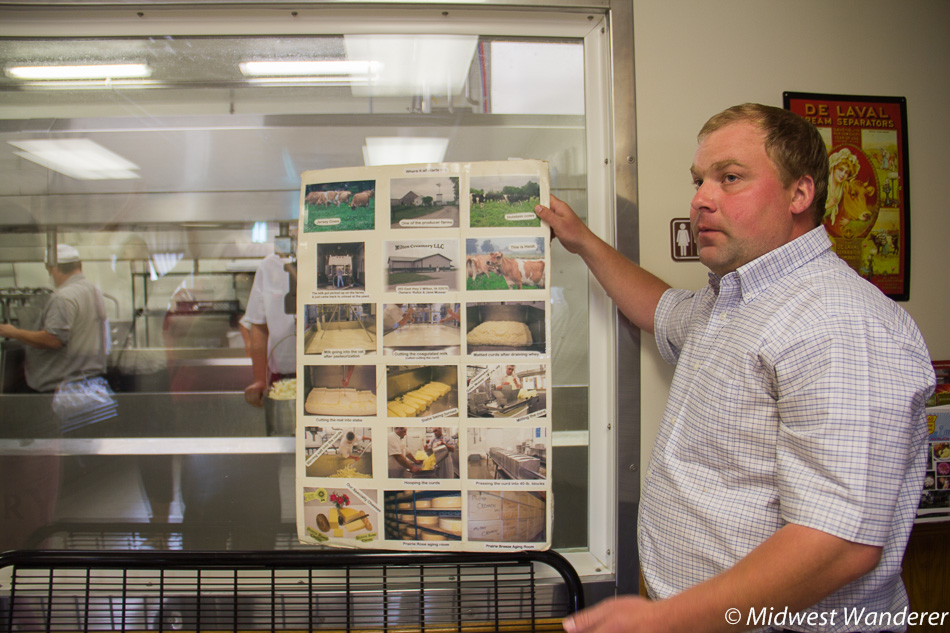 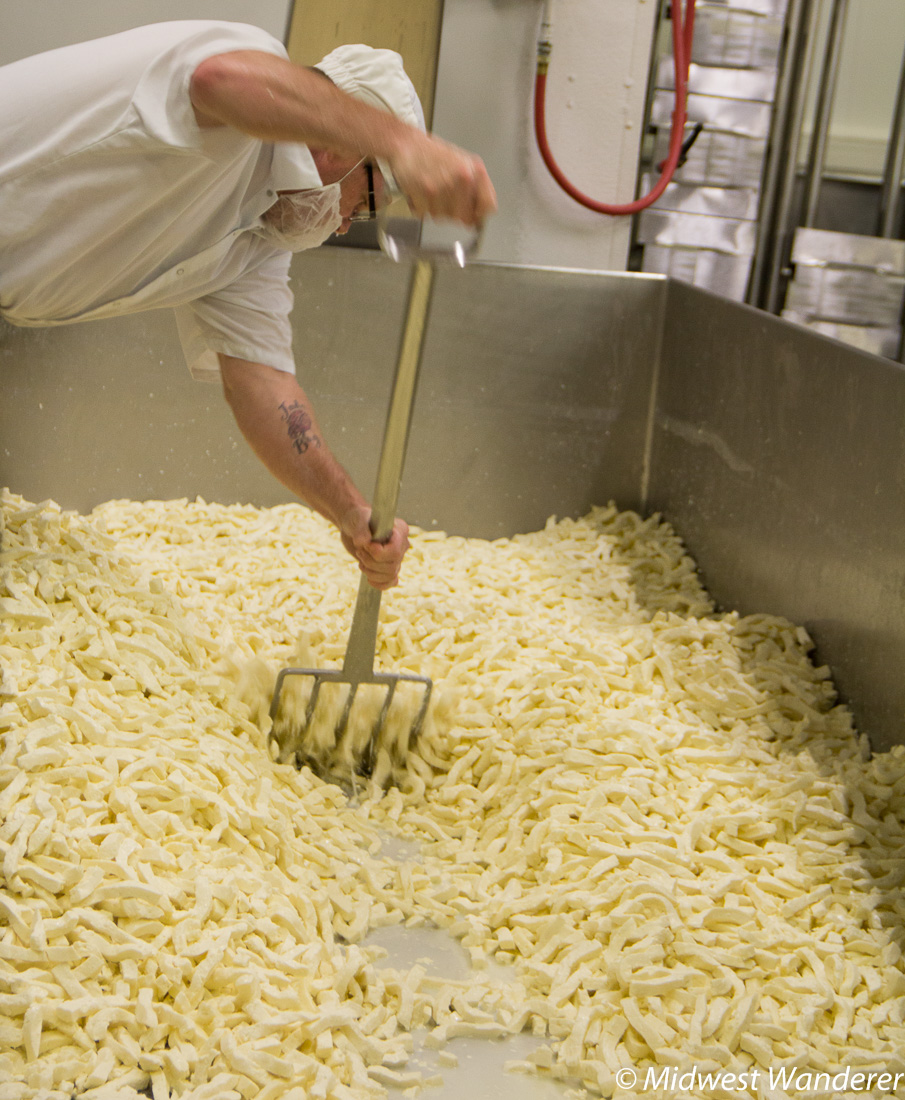 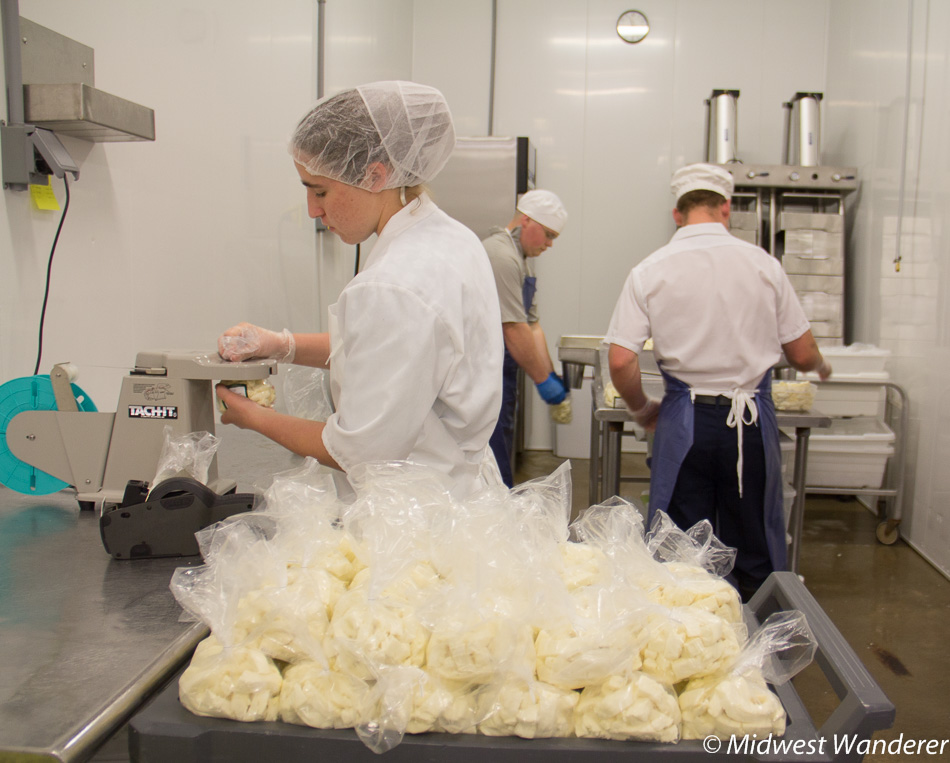 We happened to visit on the Wednesday, when they make cheese curds, so there was plenty for us to purchase at the creamery. Milton Creamery produces nine flavors of curds, three per week. Cheddar comes in several flavors, as well, including chili pepper, black pepper and garden vegetable. Several cheeses were available for us to sample during our visit. 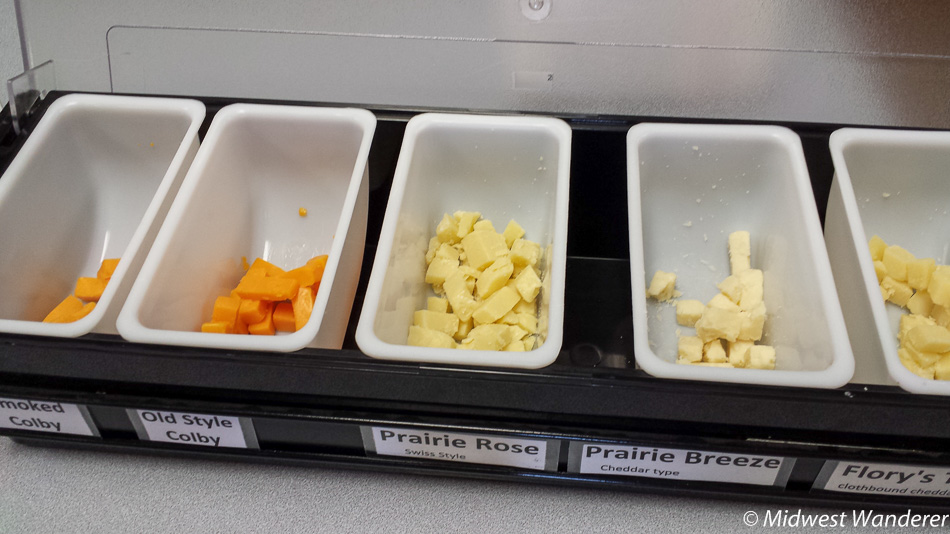 Besides the shop at the creamery and grocery stores, you can purchase the cheese through the Milton Creamery online store.

Milton Creamery, located at 202 East Highway 2 in Milton, Iowa, is open Monday through Friday from 10 a.m. to 5 p.m. and Saturday from 9 a.m. to 4 p.m. Check the web site for further details.

Disclosure: My visit to the Milton Creamery was hosted by the Iowa Tourism Office and the Villages of Van Buren, but any opinions expressed in this post are my own.

Before this summer, I knew little about Wild Bill Hickok. Then, within just a few weeks, we visited three places within Kansas and Illinois that all shared Hickok stories—quite a coincidence. I learned several fascinating facts about him. Here are END_OF_DOCUMENT_TOKEN_TO_BE_REPLACED