Mammoth Lakes, located in California’s Eastern Sierra Nevada Mountains, is a mecca of recreational activity. Best known as a winter ski resort, warmer weather attracts mountain bikers, campers, equestrians, backpackers and many other summer sport enthusiasts. We happened to visit in May when only a few skiers were taking advantage of what snow was left in the mountains. Summer attractions hadn’t opened for the season yet, and several of the area restaurants were closed. However, despite visiting in the off season, we found plenty to fill our time.

We spent the better part of a day exploring the Mammoth Lakes Basin, just outside of Mammoth Lakes in the Inyo National Forest, which surrounds the town. Massive glaciers moved through the area during the Ice Age, carving the basin and creating several lakes. Lake Mary Road leads to several of these lakes, and you can hike to others. Since the day was chilly—and of course, the higher we climbed into the mountains, the colder it got—we stayed on the road, getting out for just short walks and to take photographs. 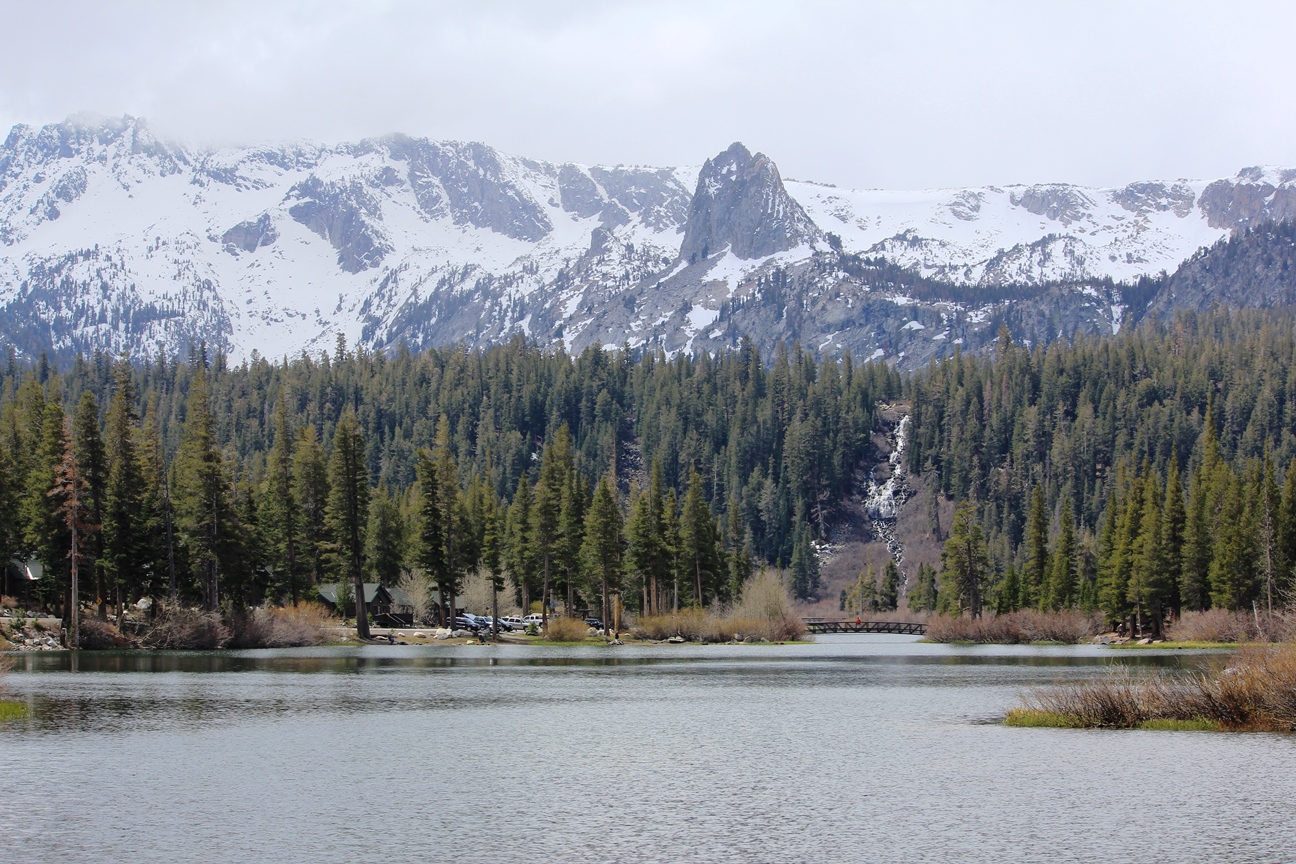 Along the drive, we noticed several die-hard anglers, bundled up against the cold mountain air, standing at the edge of lakes or sitting in folding chairs, fishing lines cast into the water. 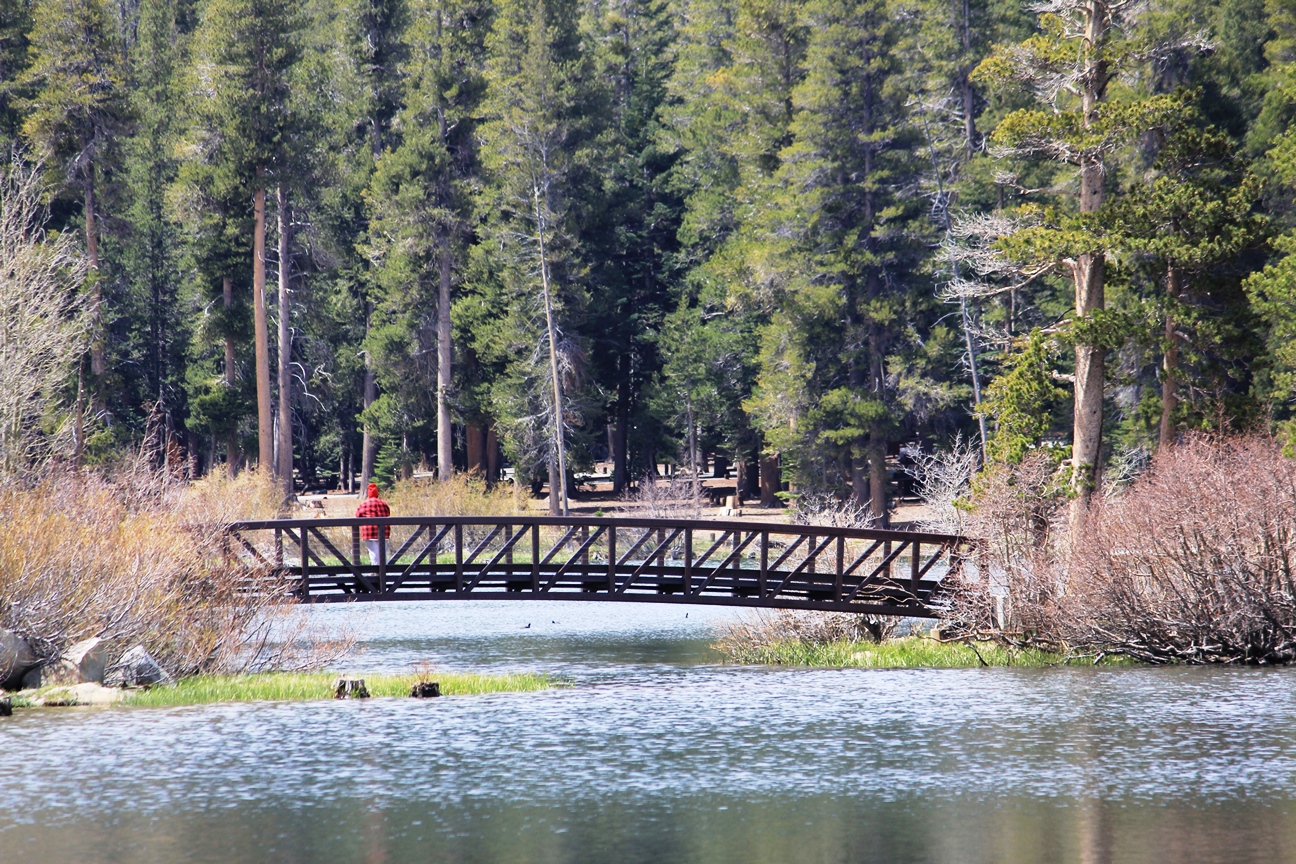 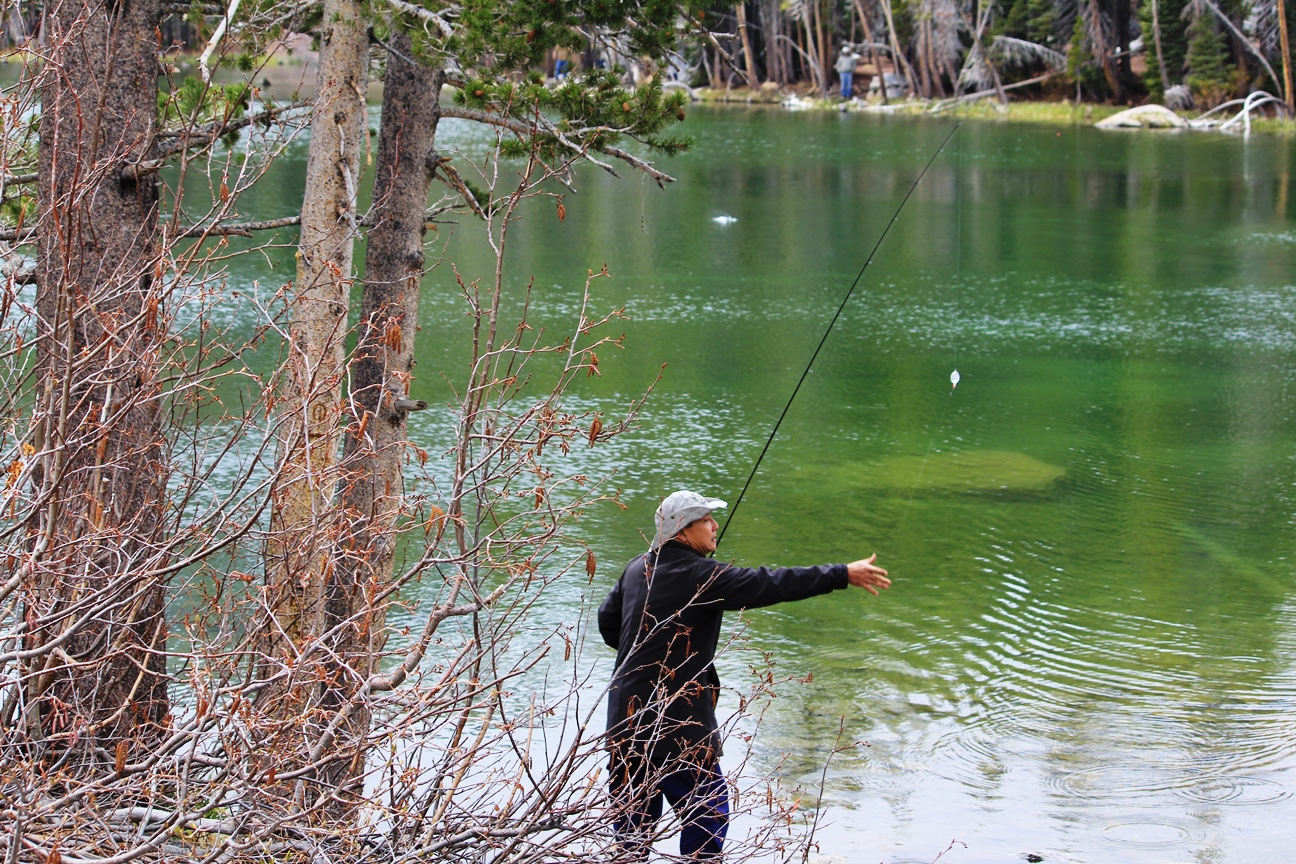 During one of our walks, we found some odd shaped trees, including one that looked like a woman bent over and another with a big pot belly. 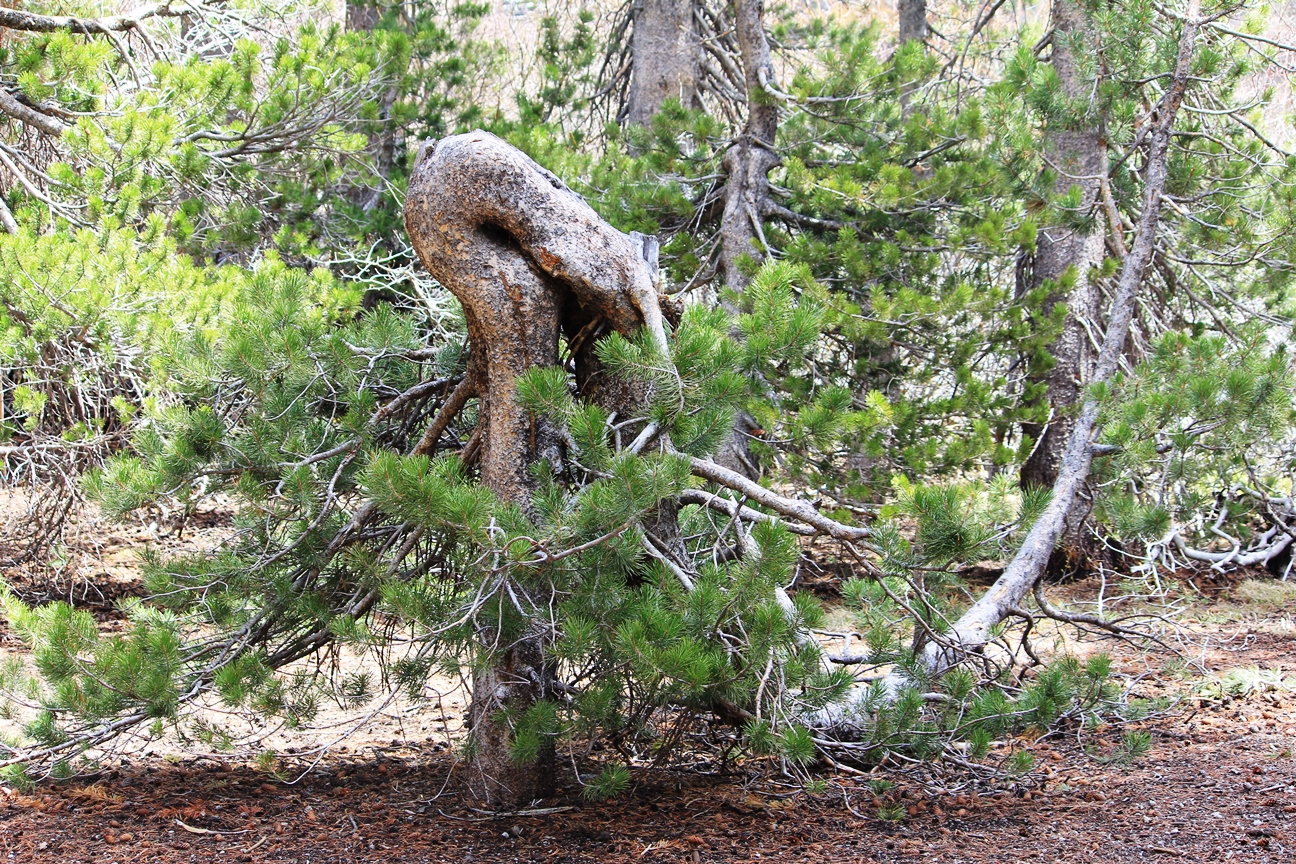 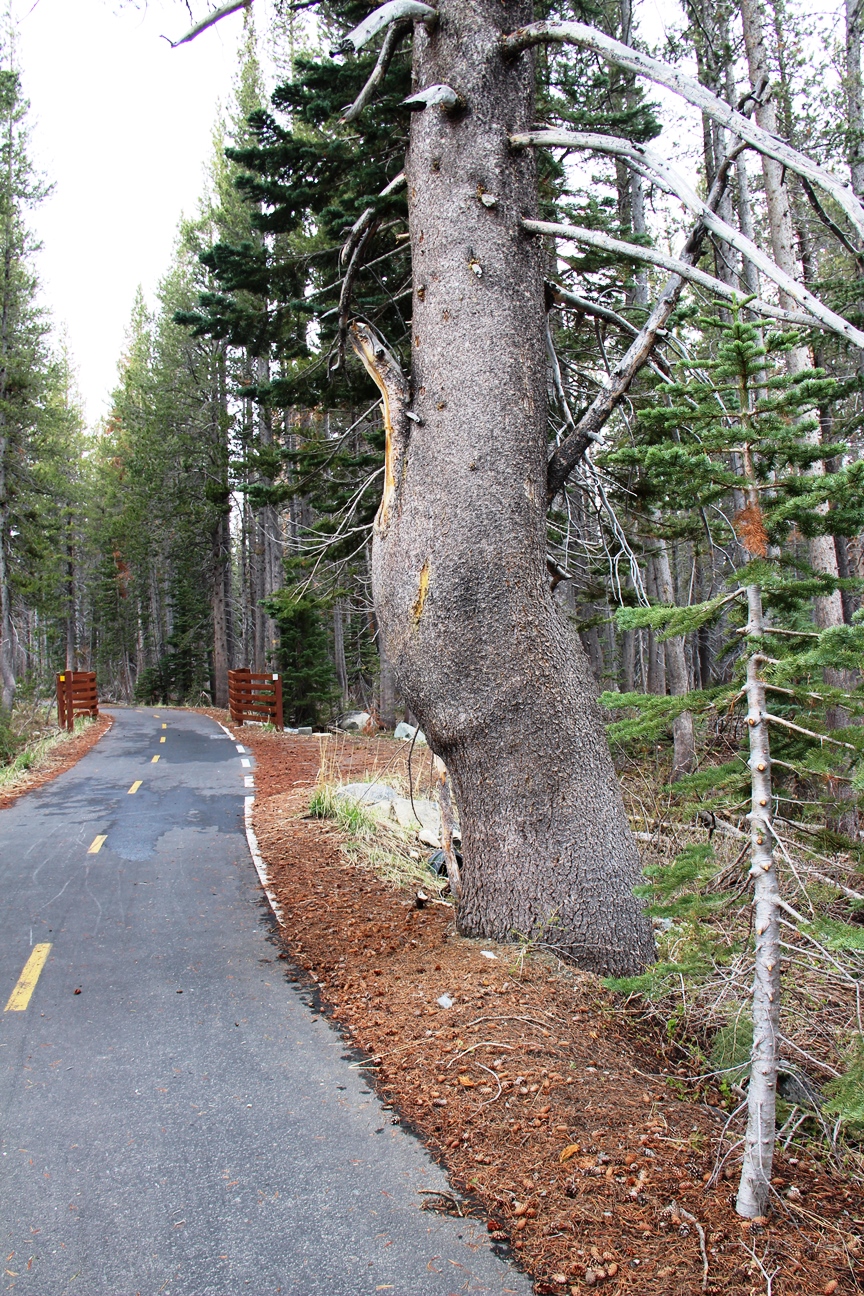 But mostly we admired the beautiful work of nature, the blue sky peeking out only occasionally throughout the day. 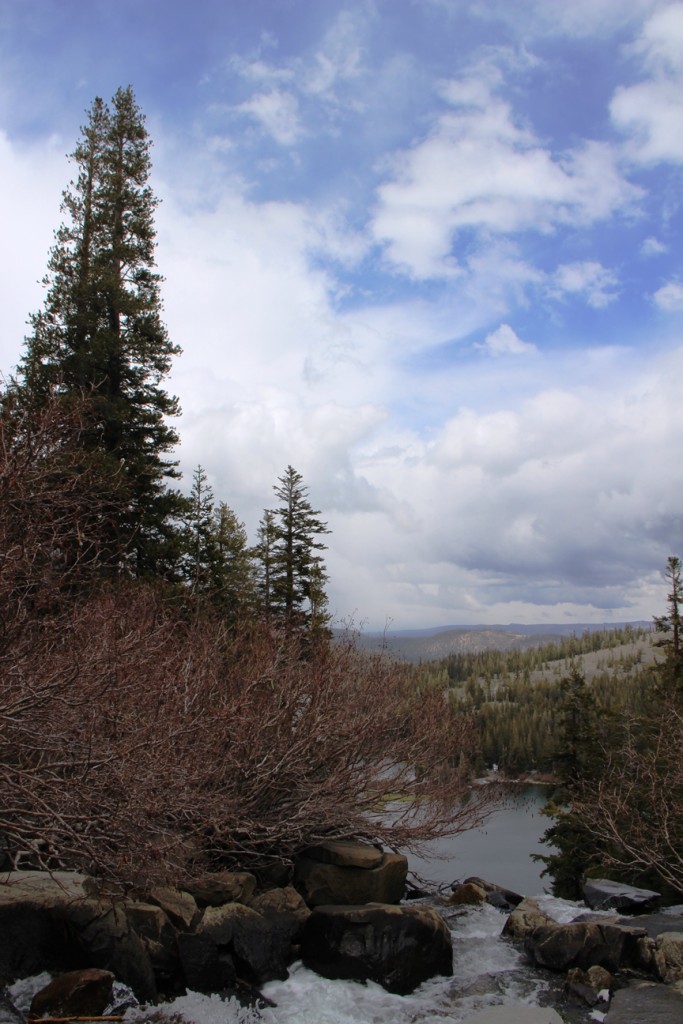 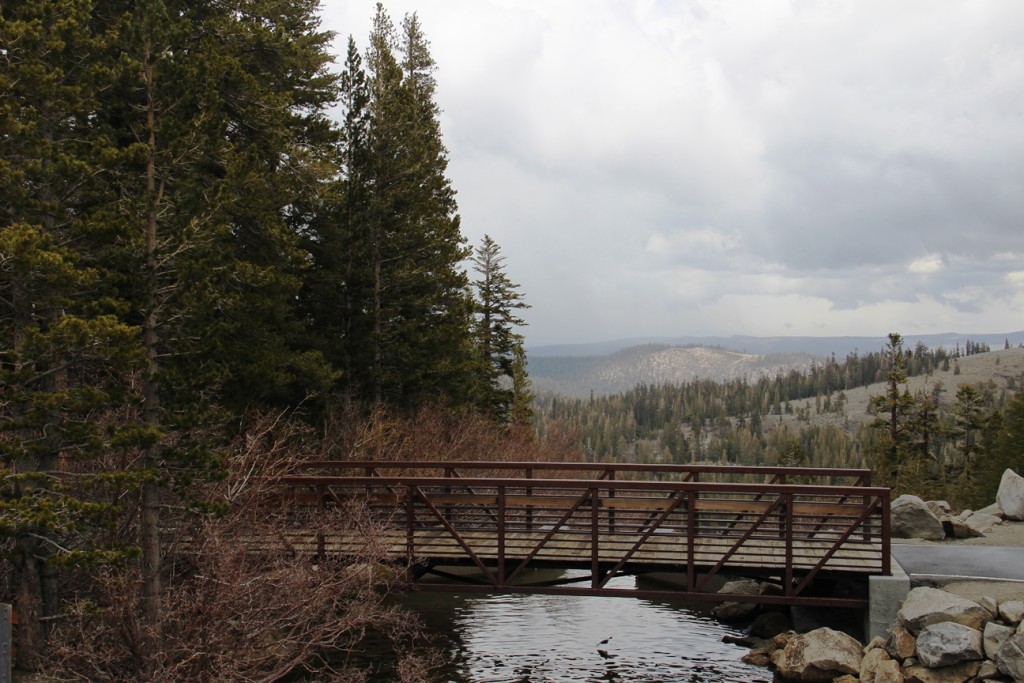 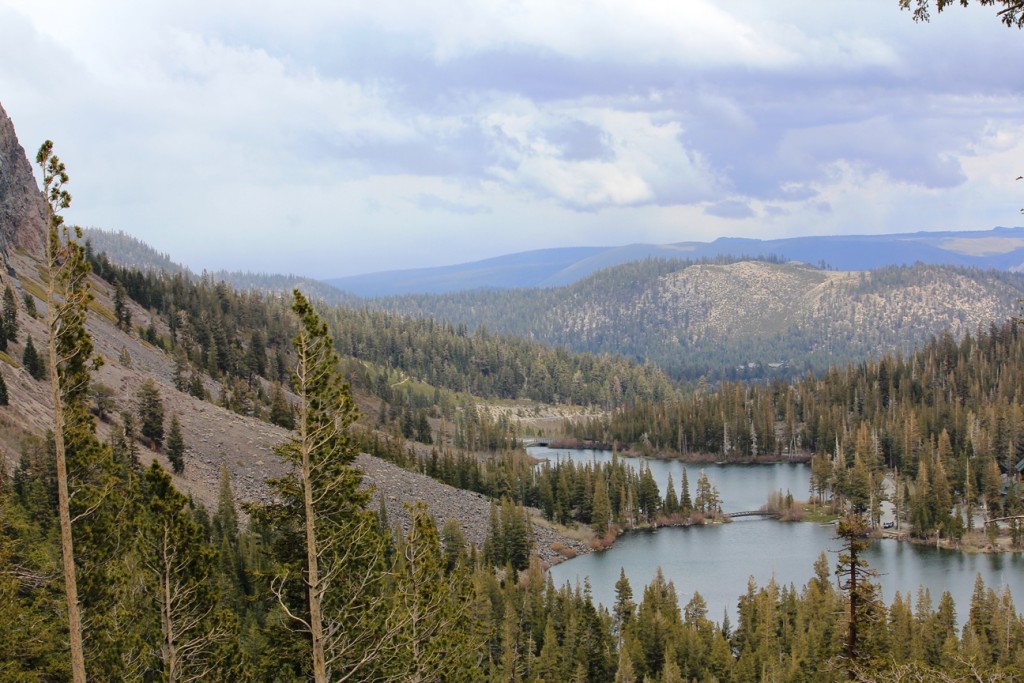 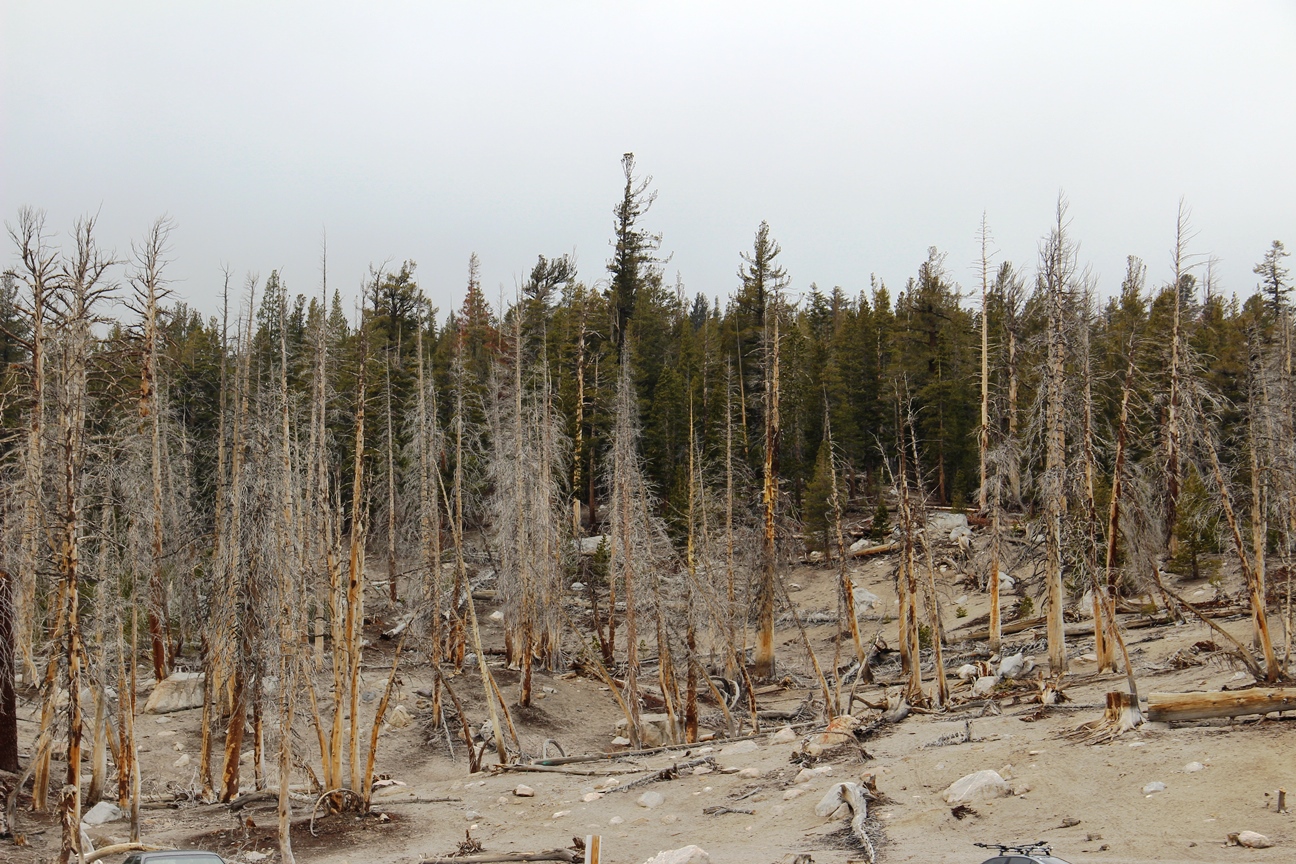 We started our descent back down the road just as snowflakes began to fly. We’d find out the next day that the road we planned to take on the next leg of our trip, through Yosemite National Park, was closed because of the snow, but for the time being, we had more of the Mammoth Lakes area to explore.

We couldn’t resist following the signs to the Earthquake Fault and were glad it wasn’t one of the roads still closed for the season. What we saw is actually a fissure, a crack in the earth that ranges from six to ten feet wide. The fissure is a result of volcanic activity 550 to 600 years ago, when molten rock pushed its way toward the earth’s surface. We walked a path partway around the crack, crossing back over a bridge from where we got a great view of this phenomenon. 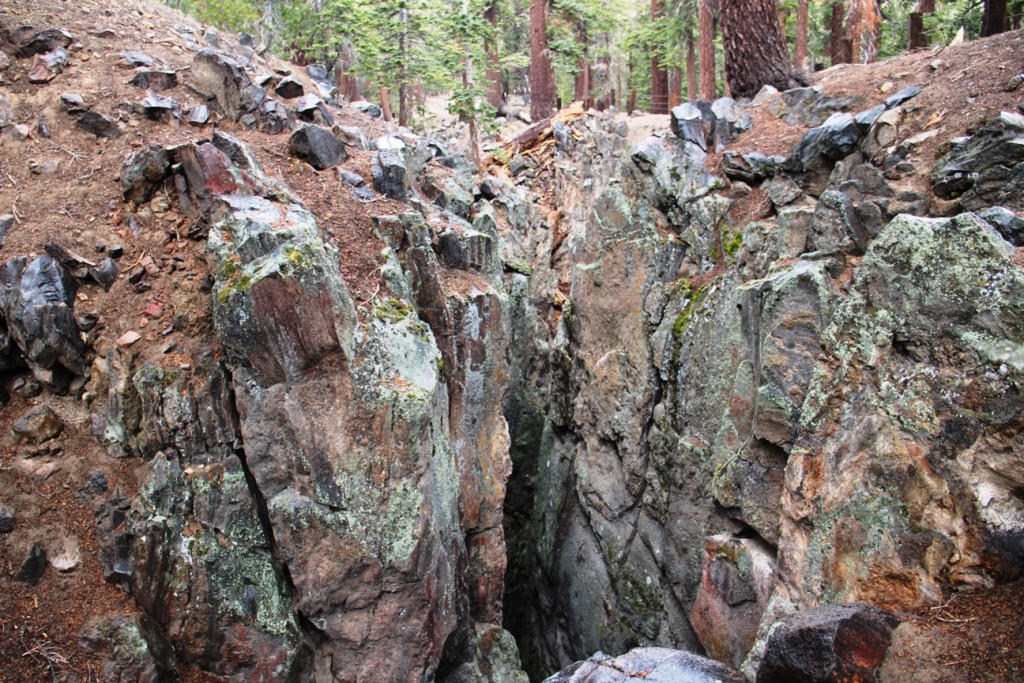 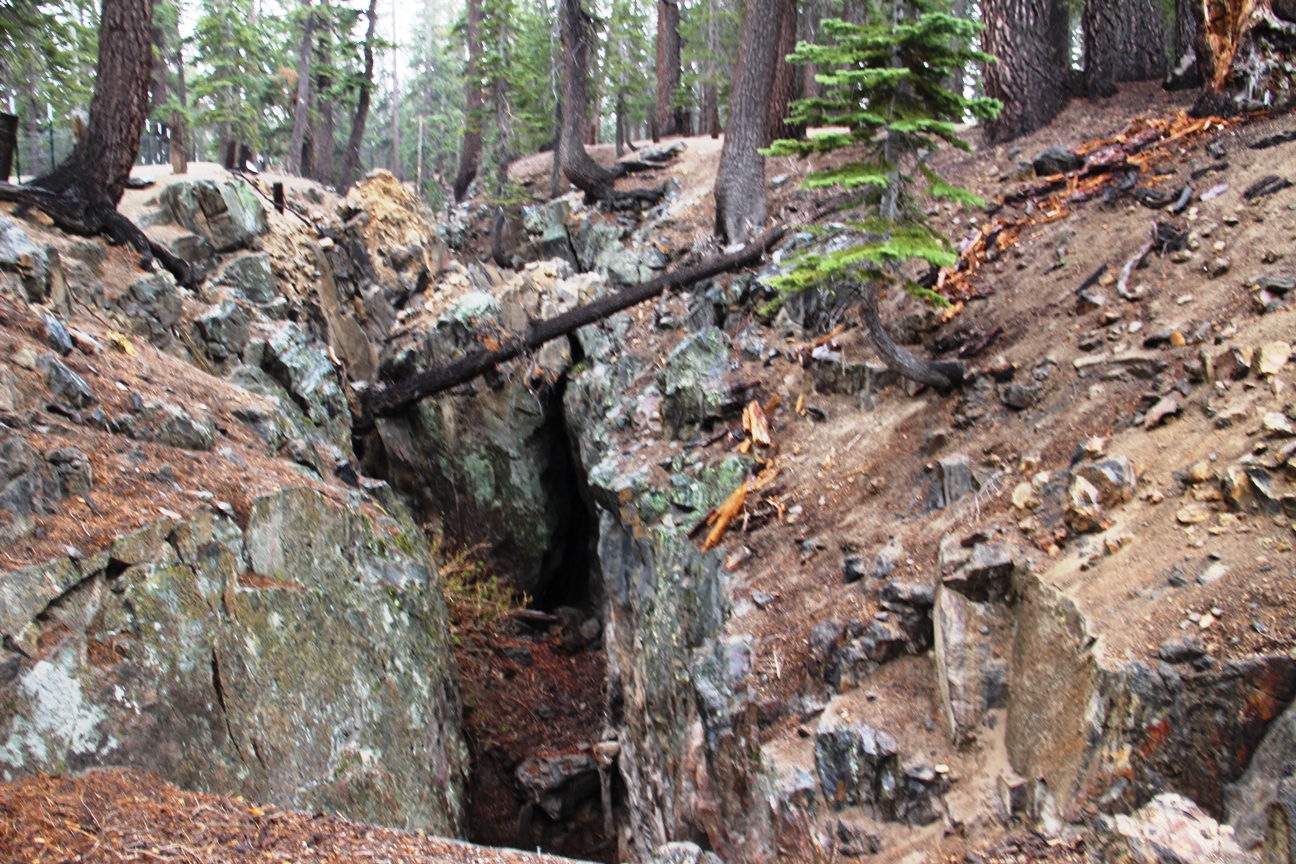 Even though not everything was open during our off-season visit, we also had the advantage of it not being crowded. We never experienced a traffic jam or had trouble finding a parking space. There are definite advantages to visiting a ski resort in the off season.

Accommodations in the Mammoth Lakes area

We stayed at the Sierra Nevada Resort & Spa. Find the best hotel deal, compare prices, and read what other travelers have to say at TripAdvisor.

Disclosures: Our stay at the Sierra Nevada Resort & Spa was hosted by the Mammoth Lakes Tourism and the hotel.
This articles contains an affiliate link, which means that if you book a room through the TripAdvisor link above, I will receive a small commission, at no additional cost to you.

Before this summer, I knew little about Wild Bill Hickok. Then, within just a few weeks, we visited three places within Kansas and Illinois that all shared Hickok stories—quite a coincidence. I learned several fascinating facts about him. Here are END_OF_DOCUMENT_TOKEN_TO_BE_REPLACED