State parks are always a fun way to spend recreational time, whether you stay in a lodge, a campground or simply take a day trip. Depending on the park, you can hike, canoe, fish or picnic in a beautiful natural setting. It’s also fun to check out features that set one park apart from another. Last summer, during a trip to north central Iowa, our travel group visited the 700-acre Pilot Knob State Park. One of Iowa’s oldest state parks, established in 1923, Pilot Knob State Park has a couple of unique features.

There are several legends as to how the lake got its name. One is that a pioneer drove his covered wagon onto the frozen lake. The ice broke, the wagon fell in and the man died. Another story is that a Native American fell out of grace with his nomadic tribe. He stayed behind when the others moved on and lived the rest of his life there. Years later his tribesmen found his body, buried it in a nearby cave and sealed the cave entrance.

Half of the natural eight-acre Dead Man’s Lake, fed by groundwater, is covered by a floating sphagnum bog, the only lake in Iowa like it. Three species of pond lilies grow on the lake; one of the species is found nowhere else in the state.

We hiked a trail that runs around the perimeter of the lake, through a setting of indigenous shrubs, trees and wildflowers. Instead of continuing all the way around Dead Man’s Lake, we took the fork that leads past the man-made Pilot Knob Lake, almost twice as large as Dead Man’s Lake, and on to Pilot Knob. 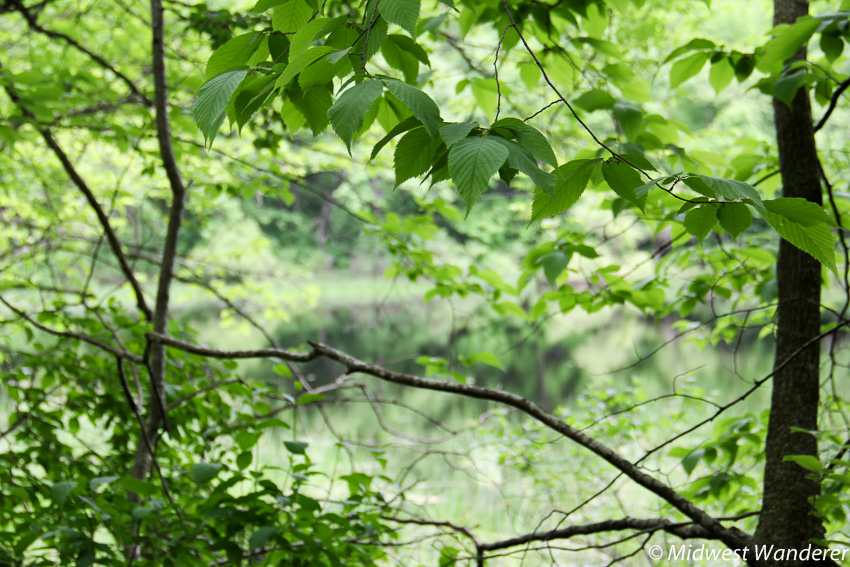 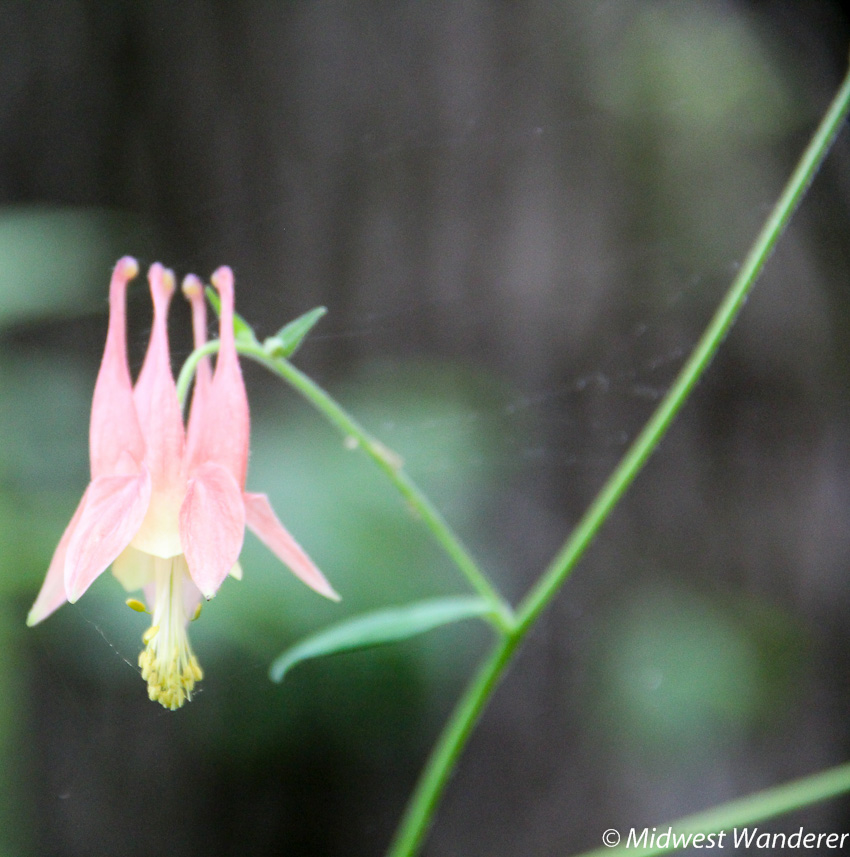 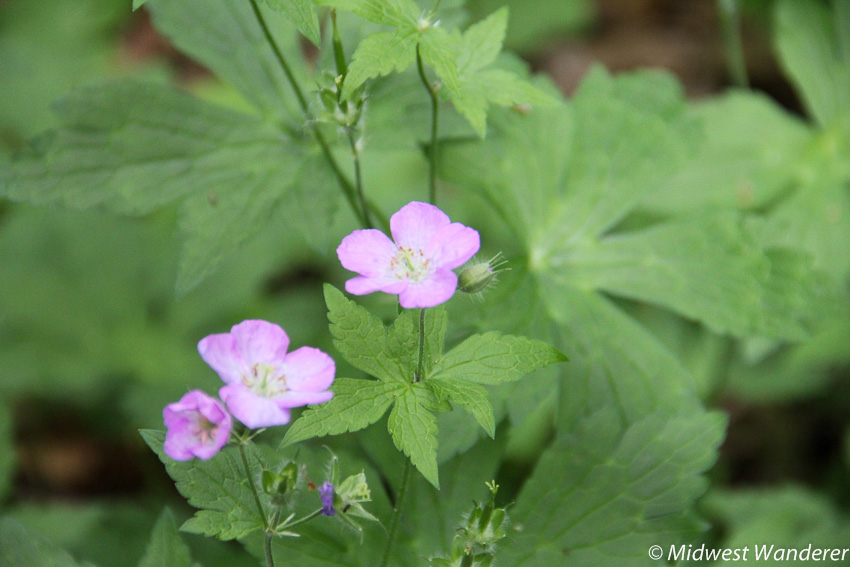 Pilot Knob, at 1450 feet, is the second highest point in Iowa and the highest on public land. That doesn’t sound very high when you compare it to mountainous regions, but Iowa’s mean elevation is only 1,100 feet.

The Civilian Conservation Corps built a tower in 1934. From the top of the tower we viewed Iowa’s surrounding lush farmland. According to our guide, we could see seven counties. 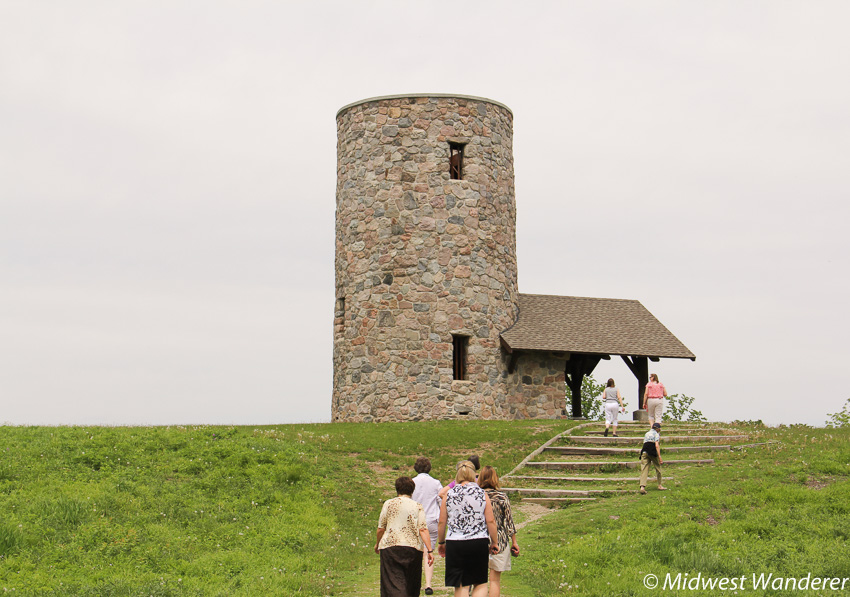 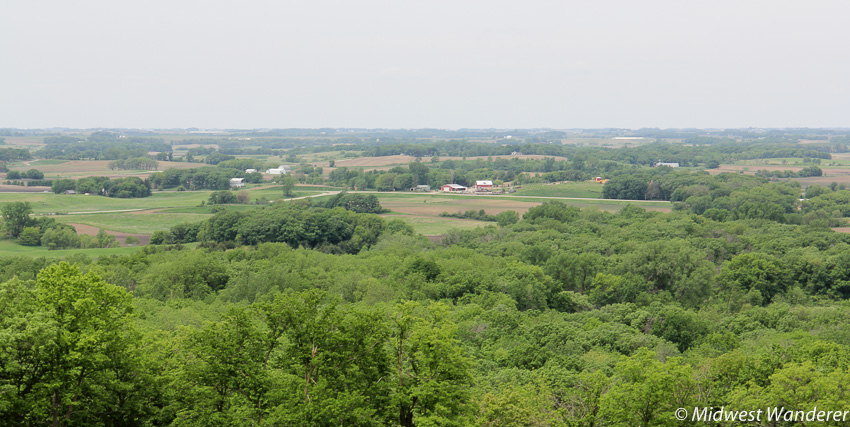 Park amenities include a campground, an amphitheater also built by the Civilian Conservation Corps, and bridle trails. You can boat and fish on Pilot Knob Lake. Ice skating, snowmobiling, cross-country skiing and ice fishing are popular winter activities.

What is your favorite state park, and what unique features does it have? Let us know in the Comments below.

Disclosure: My visit to North Central Iowa was hosted by the Iowa Tourism Office. However, any opinions expressed in this post are my own.

Thank you for reading Midwest Wanderer. Don’t miss a post. Enter your e-mail address below and click Subscribe to be notified whenever we publish another post. Subscription is FREE. After subscribing, be sure to click the link when you get the e-mail asking you to confirm.

Howard Steamboat Museum in Jeffersonville, Indiana, pays tribute to the Howard family and their steamboat building company. The tour combines a history of the ornate Edmonds and Laura Howard mansion and the shipyard located across the street, which the Howard END_OF_DOCUMENT_TOKEN_TO_BE_REPLACED