We normally associate forest preserves with nature, hiking and maybe fishing.  The Fabyan Forest Preserve in Geneva, Illinois, along the Fox River, has all of that.  But it is also home to a Frank Lloyd Wright renovated villa, a Japanese garden and an 1800s windmill.  The Fabyan estate, Riverbank, was once home to Colonel George Fabyan, a textiles heir, and his wife Nelle. The estate was sold to the Forest Preserve District of Kane County in 1937, after the couple passed on. Today you can tour the home, garden and windmill, which have all been restored to their original condition.

The home of George and Nelle Fabyan was a typical farmhouse until Fabyan commissioned Frank Lloyd Wright to renovate it in 1907.  Wright’s signature prairie motif elements are obvious in the villa’s clean, horizontal lines and open spaces.  Wide windows and doors that open onto verandas welcome nature into the home.  The veranda in Nelle’s bedroom was placed so that she could view the many exotic birds she kept. Birds were just part of the menagerie that lived on the estate.  The Fabyans also kept bears, monkeys, and an alligator.

Most of the furniture was sold at auction following the Fabyan’s death. Therefore, only a few furniture pieces are in the home today.  However, many Asian artifacts from Fabyan’s collection are displayed. An authentic Samurai suit of armor, believed to be a gift from a Japanese prince, stands sentinel in the living room. A statue of Diana and the Lion is another of the Fabyan’s collection. Diana and the Lion  was on display in the Art Institute of Chicago before Fabyan acquired it.

The Fabyan Tea Garden, designed by a Japanese landscaping architect around 1914, became overgrown over the years. The Geneva Garden Club, the Forest Preserve District of Kane County and volunteers restored it to its original beauty. 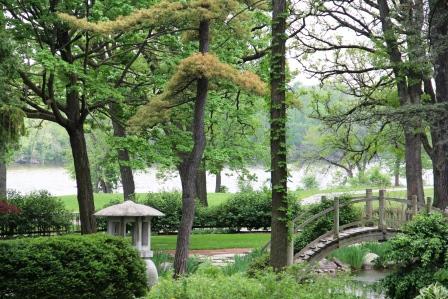 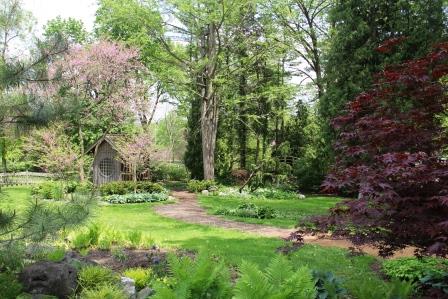 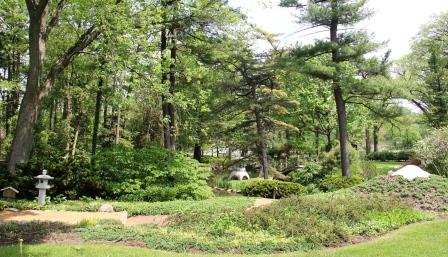 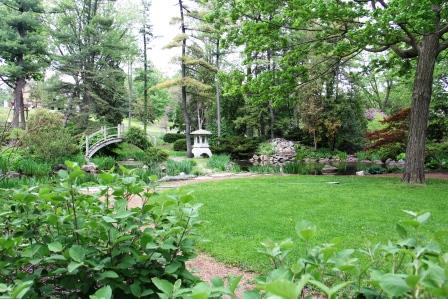 At one time, the Fabyan Windmill stood in York Center, which is now part of Lombard, Illinois. Built between 1850 and 1860 by German craftsman Louis Blackhaus, Fabyan purchased the windmill in 1914 for $8000. He had it disassembled, moved to Riverbank and restored, using only the finest quality materials.  The cost for moving and restoration? About $75,000.  The windmill was a working mill, used to grind wheat and corn into flour. But it was mainly a toy for Fabyan, who enjoyed showing it off to his Chicago friends. 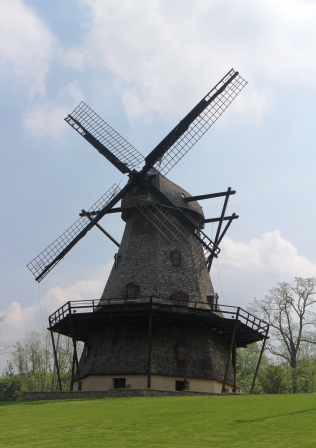 The windmill was placed on the National Register of Historic Places in 1979, and in 1980 was featured on a postage stamp.  However, by 1990 the windmill was deemed unsafe and was scheduled for demolition.  Following a seven-year fight, restoration began instead, which was completed in 2004.  The windmill opened for tours in 2005.

If you visit the Fabyan Forest Preserve

Fabyan Forest Preserve is located in Geneva, Illinois, along the Fox River.  The Fabyan Villa and Japanese Garden, on Route 31, west of the river, are open for tours from May to October.  The Fabyan Windmill, on Route 25, east of the river, offers tours from mid-May to October, some self-guided and some with a docent.  Check the web sites for details

There are several hotels and inns in and near Geneva. Check rates and reviews on TripAdvisor. 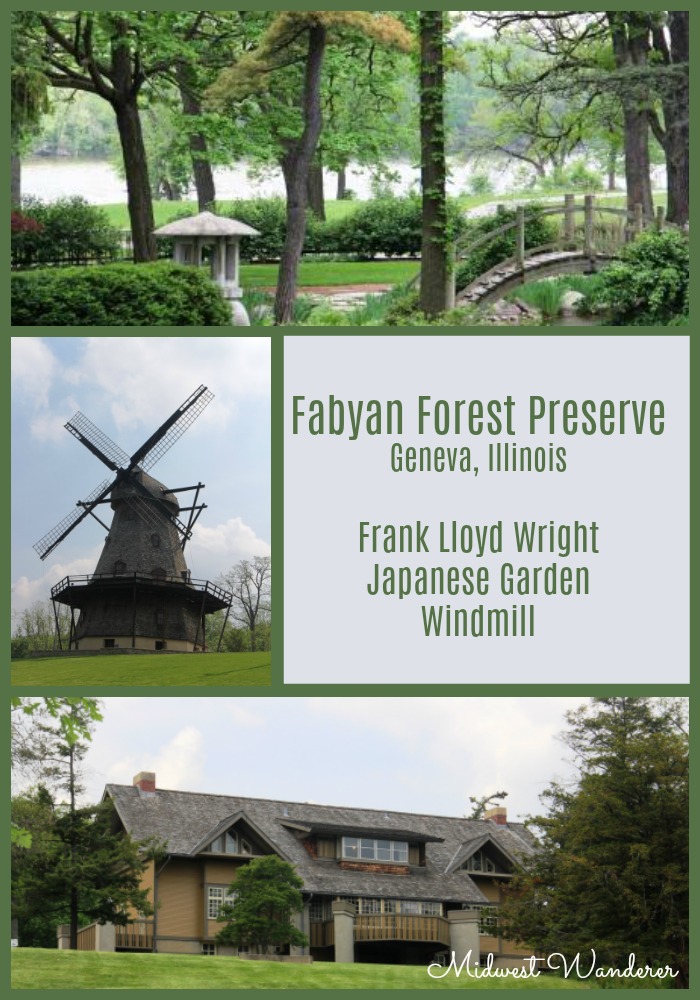 Disclosure: This article contains an affiliate link. If you book a hotel room through the “Check rates here” link above, I will receive a small commission, at no additional cost to you.

Before this summer, I knew little about Wild Bill Hickok. Then, within just a few weeks, we visited three places within Kansas and Illinois that all shared Hickok stories—quite a coincidence. I learned several fascinating facts about him. Here are END_OF_DOCUMENT_TOKEN_TO_BE_REPLACED