Enter the doors of the Hofbräuhaus Chicago and you’re met by the lively tunes of German music mixed with the din of conversation and laughter. Patrons seated at long wooden tables in this hall large enough to fit 550 diners raise beer mugs in toasts before partaking of drink and traditional German foods like schnitzels and sausages. 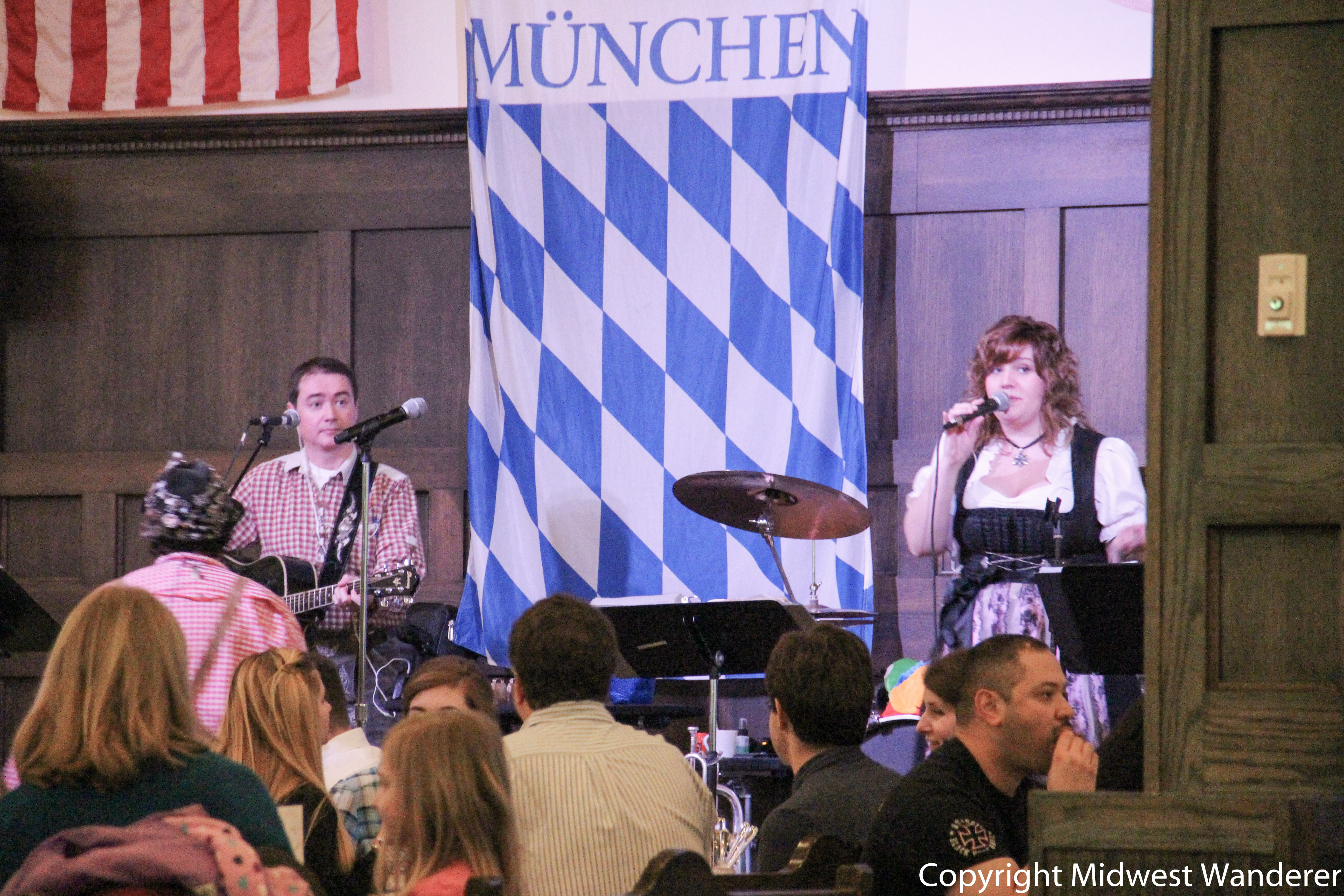 The Chicago area’s first German micro-brewery, beer hall, restaurant and beer garden, the Hofbräuhaus Chicago in Rosemont, Illinois, is modeled after the original 400-year-old original Hofbräuhaus in Munich. I had an opportunity to sample the beer and many of the restaurant’s dishes while on a tour of Rosemont last month.

The Hofbräuhaus Chicago micro-brews its beer on-site using original recipes handed down over 400 years ago from Wilhelm V, the duke of Bavaria. I’m not much of a beer drinker—I usually have only a sip or two—so I ordered the smallest size of the lightest beer. It was so smooth I actually finished it and was tempted to ask for another. 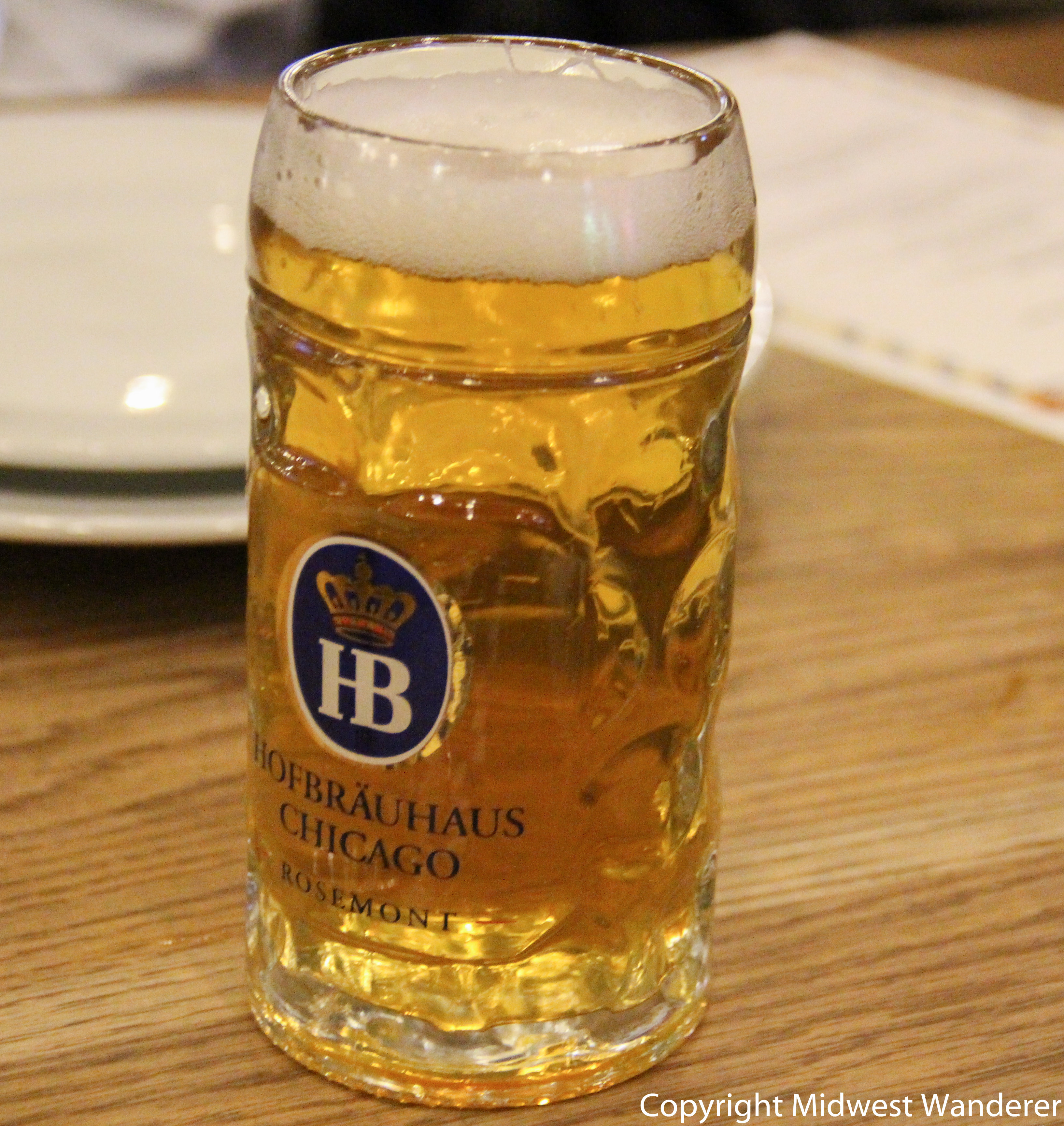 It didn’t click with me at the time that Executive Chef Klaus Lotter was the chef that my daughter had raved about in the past. She used to work with Chef Klaus at another restaurant, and she had told me that he was now working in a German restaurant and was really in his element. Having grown up on his grandmother’s German dishes and having worked in restaurants in Munich, German cuisine is his specialty. 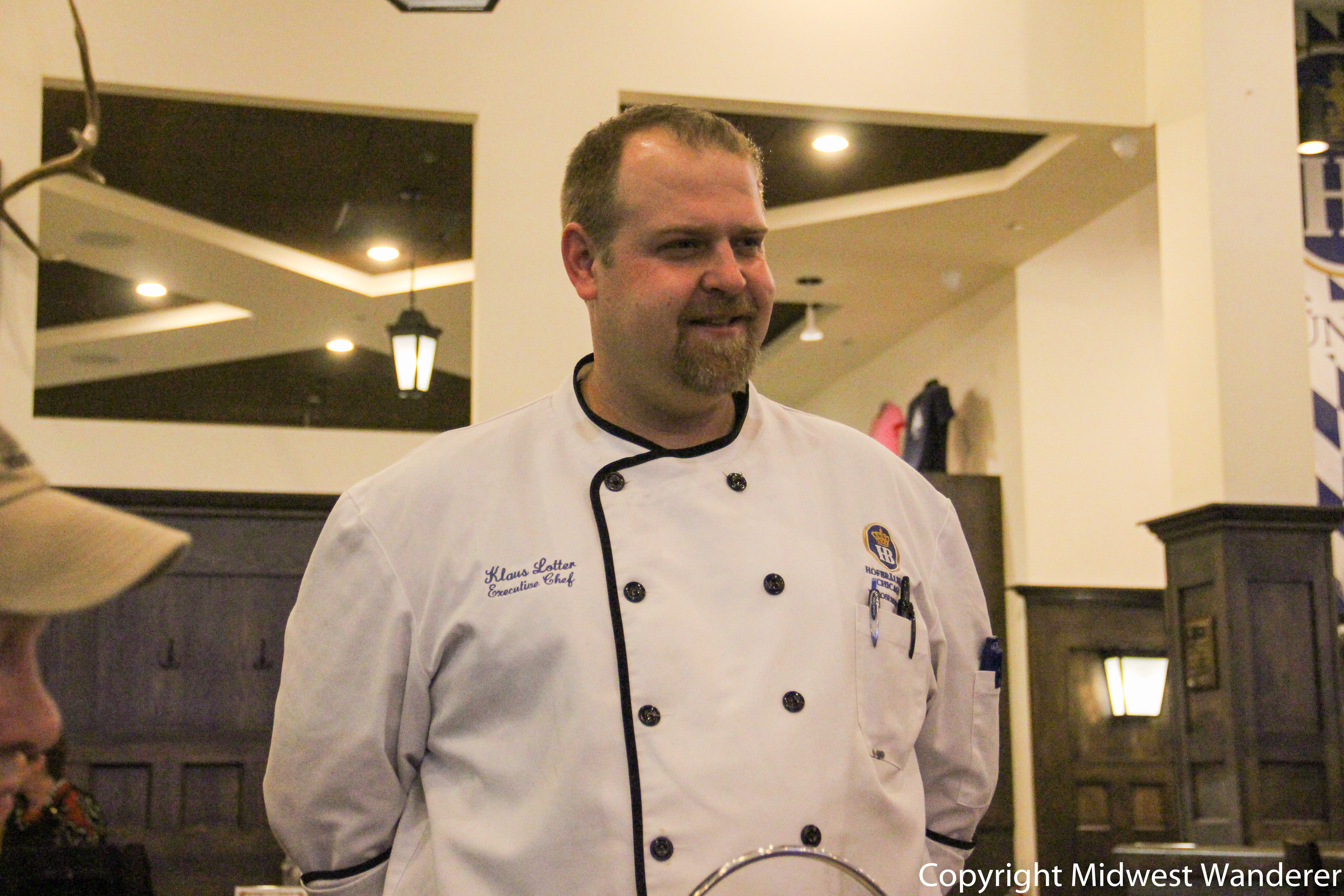 Towers of foods were brought to our table, so we were able to taste many of the dishes they serve. We started with big warm, soft, freshly baked salted pretzels imported from Germany and served with sweet and onion mustard and Obazda cheese, a Bavarian delicacy. 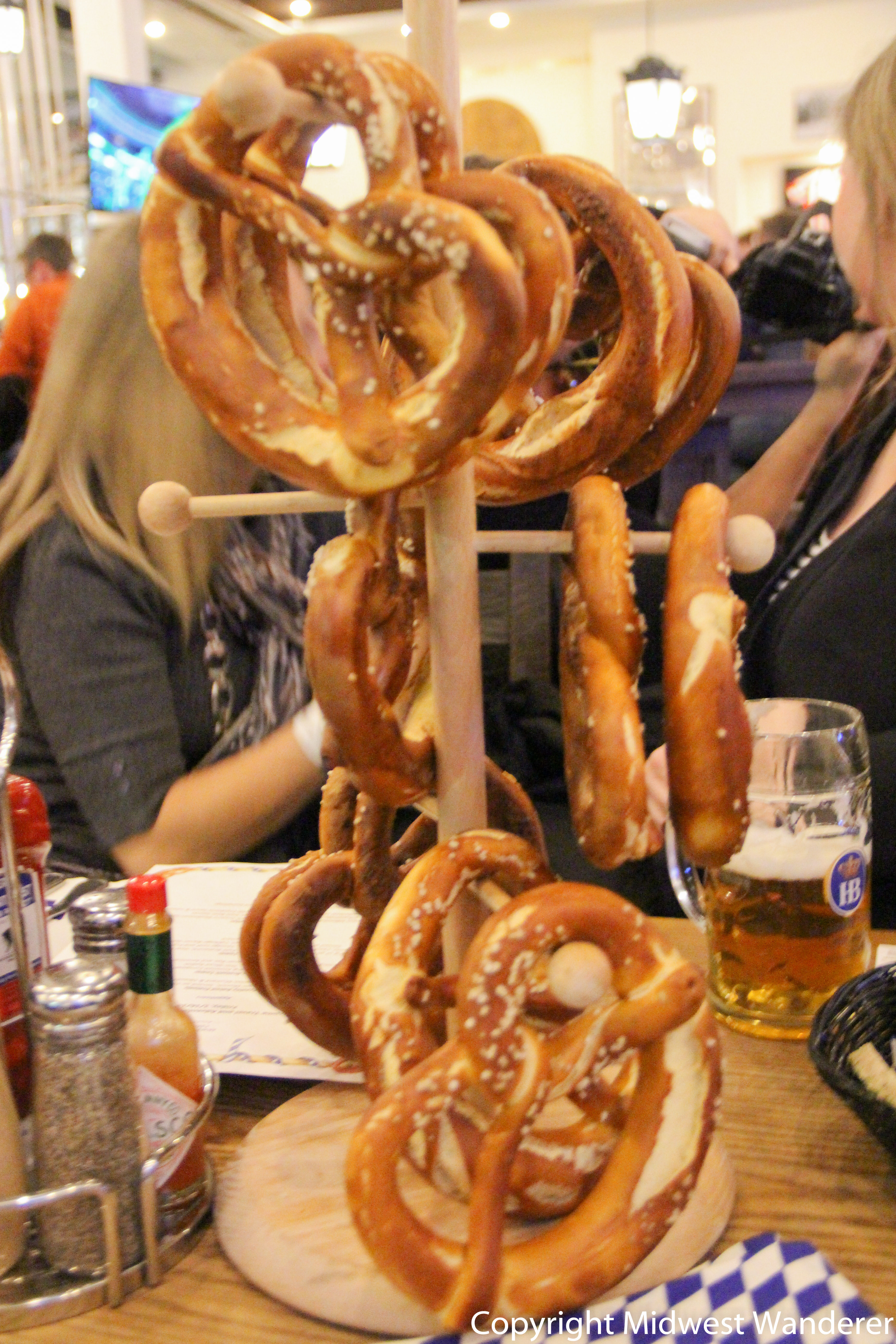 Next came a tower of cold cuts and cheeses, with paper-thin slices of white radish piled high topping the tower plus another tower of Hofbräuhaus Chicago’s signature sausages, including three kinds of bratwurst, Weisswurst, and Krainer (similar to kielbasa), to name a few, along with sauerkraut, potato salad and cabbage-bacon slaw. 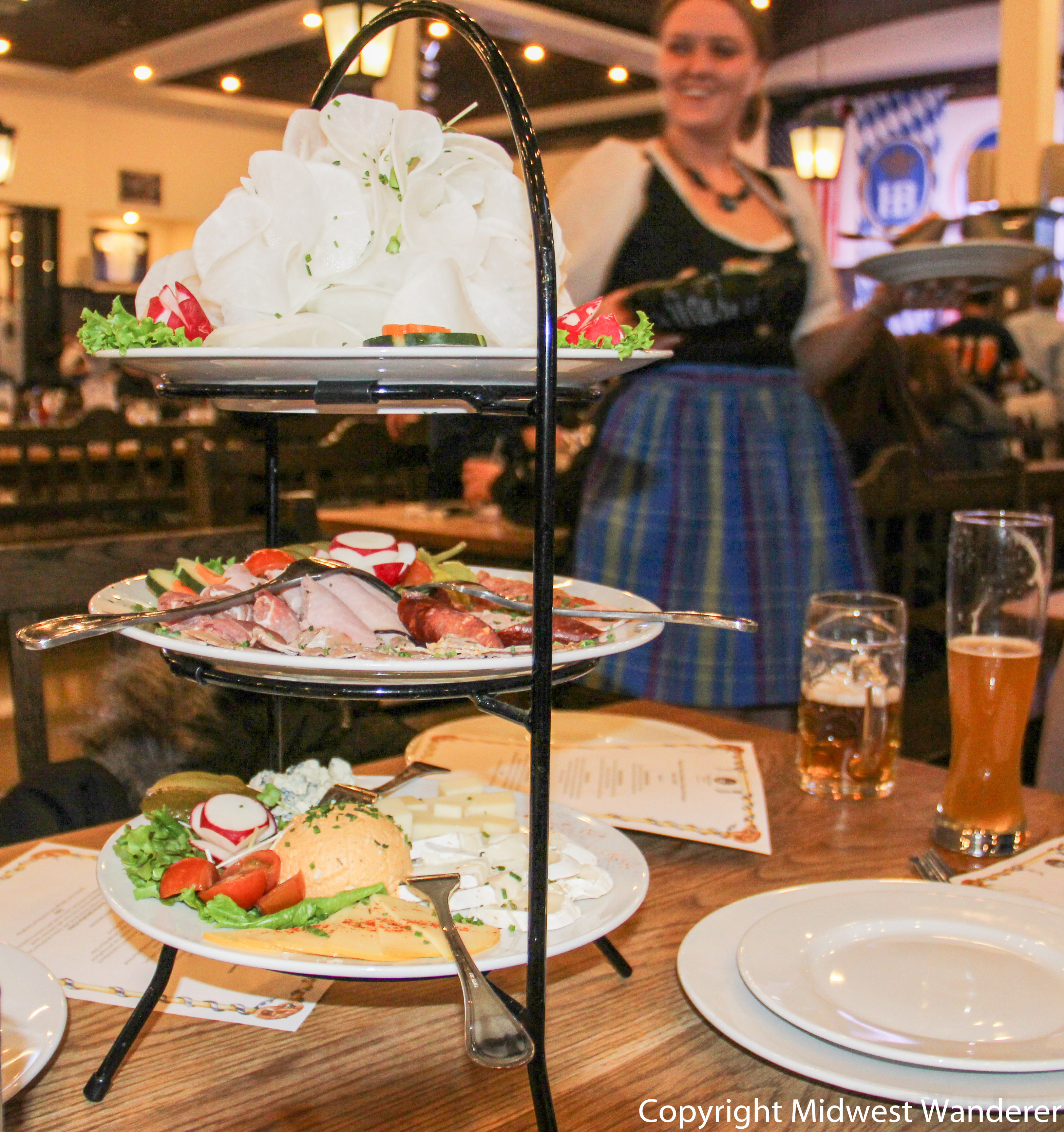 We assumed that was the end and had already eaten plenty when entrees were delivered to the table, including grilled chicken breast with mushroom sauce, Munich pork roast with dark beer sauce and wiener schnitzel, plus sides of spätzle, red cabbage and pretzel-bread dumplings. 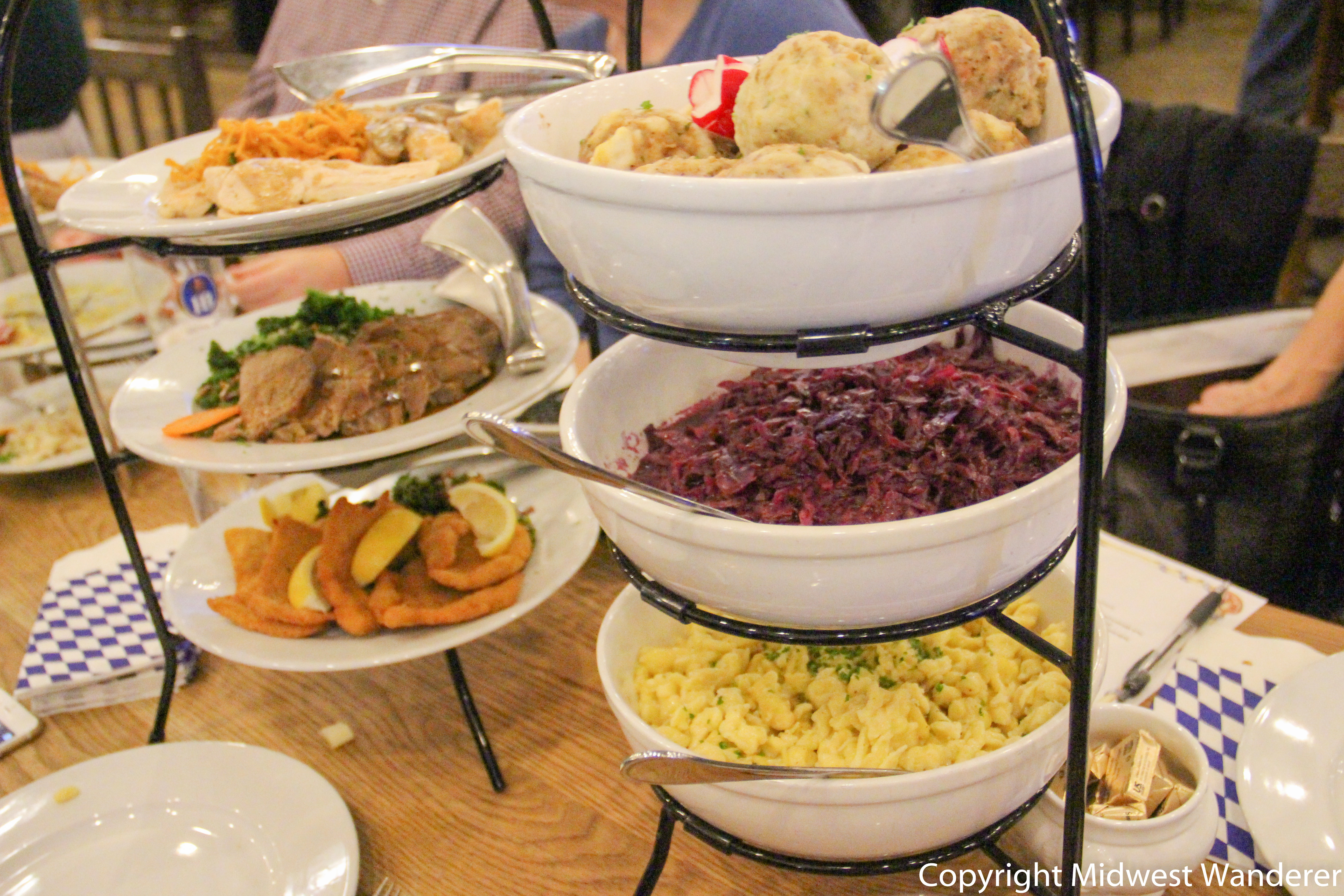 All of the foods are on-site using genuine ingredients either sourced locally or imported, and they are all authentic Bavarian cuisine. I’d be hard-pressed to choose a favorite of all of the foods that I sampled. However, after tasting so many dishes, one thing is certain: Chef Klaus truly is in his element.

Before this summer, I knew little about Wild Bill Hickok. Then, within just a few weeks, we visited three places within Kansas and Illinois that all shared Hickok stories—quite a coincidence. I learned several fascinating facts about him. Here are END_OF_DOCUMENT_TOKEN_TO_BE_REPLACED