Gary Roberson was eleven years old when he first explored a cave and became hooked. I was about the same age when I first toured a cave and was captivated with the magical world beneath the ground. Today I visit caves whenever I get the chance, as a tourist. Gary, on the other hand, made a career of exploring, developing and owning caves. 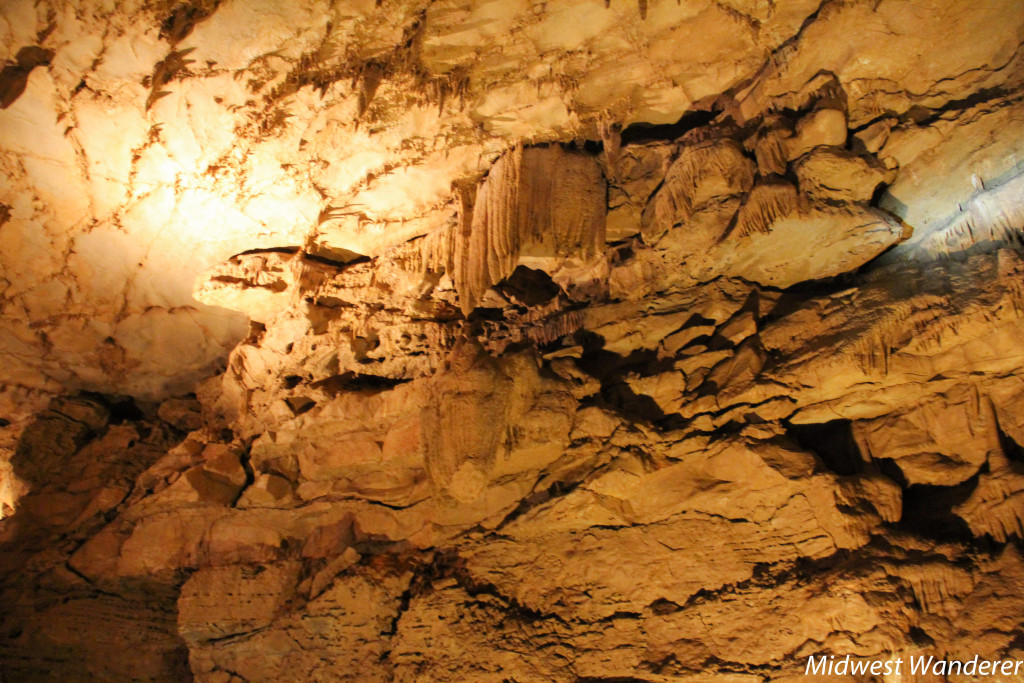 On a rainy day during a visit to southern Indiana last summer, my daughter, granddaughter and I visited Indiana Caverns, a show cave then only a year old. We didn’t know at the time how recent the cave opened for tours. We saw the brochure that talked about a boat ride. Neither my daughter nor granddaughter had ever ridden on a boat through a cave before, so we chose Indiana Caverns over another area cave. Afterwards, I chatted with Gary, Indiana Caverns co-owner, developer and author of The Longest Year: The Indiana Caverns Development Story

Wandering the grounds before the tour, I walked the Cave and Karst Interpretive Trail where I learned that hundreds of prehistoric bones were found during cave exploration, bones from animals that had fallen into a sinkhole tens of thousands of years ago and unable to find their way out. 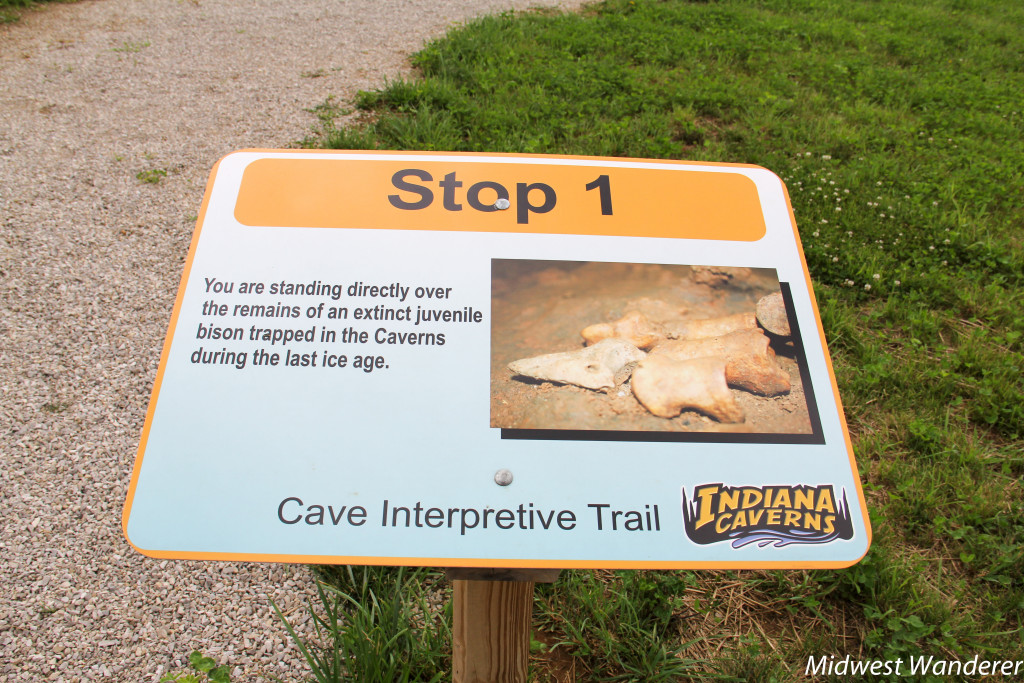 During our tour, our guide pointed out a pile of bones that have been left in the cave.

Besides the usual stalactites, stalagmites and other various formations, he also pointed out the crayfish in the stream.

The boat ride was one of the highlights.

The tour was as awesome as any cave tour I’ve experienced. However, the real eye opener was in chatting with Gary and reading his book, The Longest Year: The Indiana Caverns Development Story. The book takes you through the grueling year that it took to develop the cave.

I never really thought about readying a cave for tours before, but of course, the rails, walkways, stairways and ramps don’t just magically appear. A handful of men, most of them over 60 and experienced cavers, labored over twelve months to prepare the cave. We’re talking back-breaking labor-intensive work in dark, dank and dangerous conditions, knee deep in mud using pickaxes, crawling through narrow crevices and blowing bits of rock out to create safe passages.

They enlisted the help of Indiana Speleological Survey (ISS) cavers occasionally when they needed lots of muscle at once. During the tour, I never thought about how they got the boats in the cave. It was a logistical headache—and backache.

Gary mentioned that Indiana Caverns will most likely be the last private show cave ever to be created. It’s just too expensive, labor intensive and dangerous, and after reading The Longest Year: The Indiana Caverns Development Story

, I completely understand. Every cave I tour from now on, I will see in a new light.

Camp in Comfort at Lake Rudolph, Santa Claus IN

Before this summer, I knew little about Wild Bill Hickok. Then, within just a few weeks, we visited three places within Kansas and Illinois that all shared Hickok stories—quite a coincidence. I learned several fascinating facts about him. Here are END_OF_DOCUMENT_TOKEN_TO_BE_REPLACED