During World War II, there were more LSTs built in Evansville, Indiana, than in any other inland location.  It’s fitting, then, that Evansville is home to the only operational naval museum in the nation, the LST 325.  On a tour of the ship, you’ll learn about its operations and how military personnel lived on board. 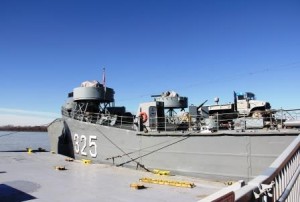 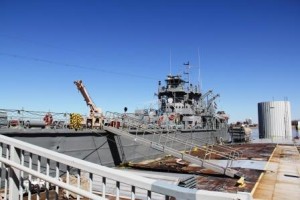 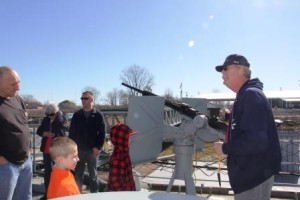 The flat-bottomed LST carried wheeled vehicles like Sherman tanks to strategic military locations. However,  it didn’t move very fast. It moved at only 9.8 knots, or 12-13 miles per hour at the fastest.  LST stands for Landing Ship, Tank, but according to tour guide Mike, military personnel joked that it stood for Long Slow Target or Last Ship There.  The flat bottom is the reason the ships were able to navigate the Ohio River from Evansville.  Fully loaded, they sat only about nine feet into the water.  Today, the jeep used in the movie M.A.S.H. is the only military vehicle on board.  The wheel base on jeeps like this was longer to accommodate stretchers. 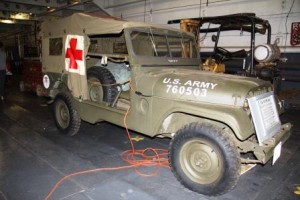 Spotting planes launched off the deck of the LST, with only one-fourth of the deck to get up to 30 mph and take off.

On the tour you’ll see the sleeping quarters and get the explanation of why everyone wanted the top bunk.

You’ll see the mess area and items used on board. Mike explained that the voice powered phone works “like tin cans and a string on steroids.” 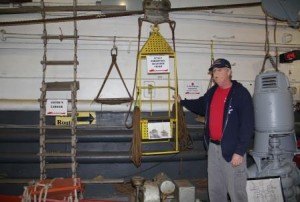 Get behind the wheel in the wheel house. However, it’s hands off in the radio room. The radio room is equipped with both modern radios, as well as radios exactly like those used when the LST 325 was in full operation.  In fact, staff of the LST 325 were able to communicate with the space station recently as it passed over. 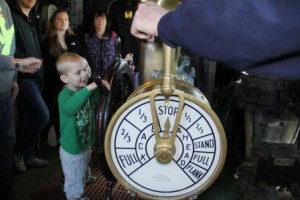 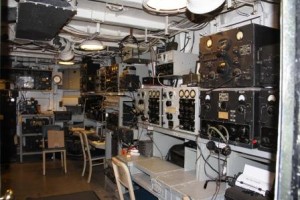 Many of the LSTs were scrapped as they were taken out of operation.  However, in 1964 the LST 325 (built in Philadelphia, not Evansville) was given to Greece. Greece kept it for 36 years.  In 2000, when Greece no longer had need for it, a group of volunteers brought the ship back to Mobile, Alabama. Eventually, they moved it to Chattanooga and then to Evansville.  You’ll notice the Greek flag still painted in the tank deck next to the American flag. 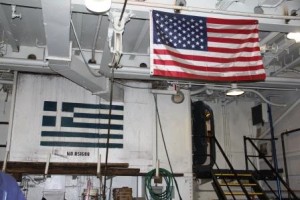 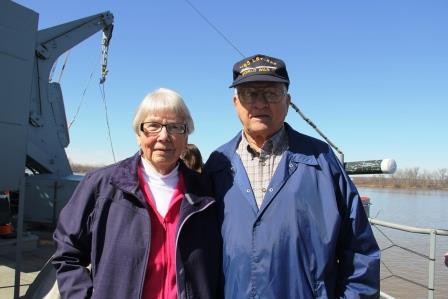 On our tour we were honored with tour guests Robert Spahn and his wife.  Mr. Spahn was assigned to an LST when he was in the military during World War II.  While he worked mainly below deck on motor maintenance, he had his turns manning the guns and was credited with shooting down three Japanese Kamikaze planes.  Mr. Spahn was one of the youngest men on his ship, and at age 88 today, he is one of just a few of the 107 assigned to his ship still living.  Stories of the men who served aboard ships like the LST 325 continue to be kept alive through museums like the one docked in Evansville. 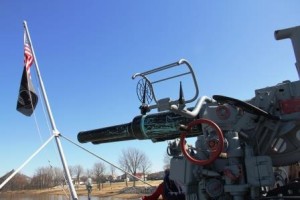 If you visit the USS LST 325 Ship Memorial 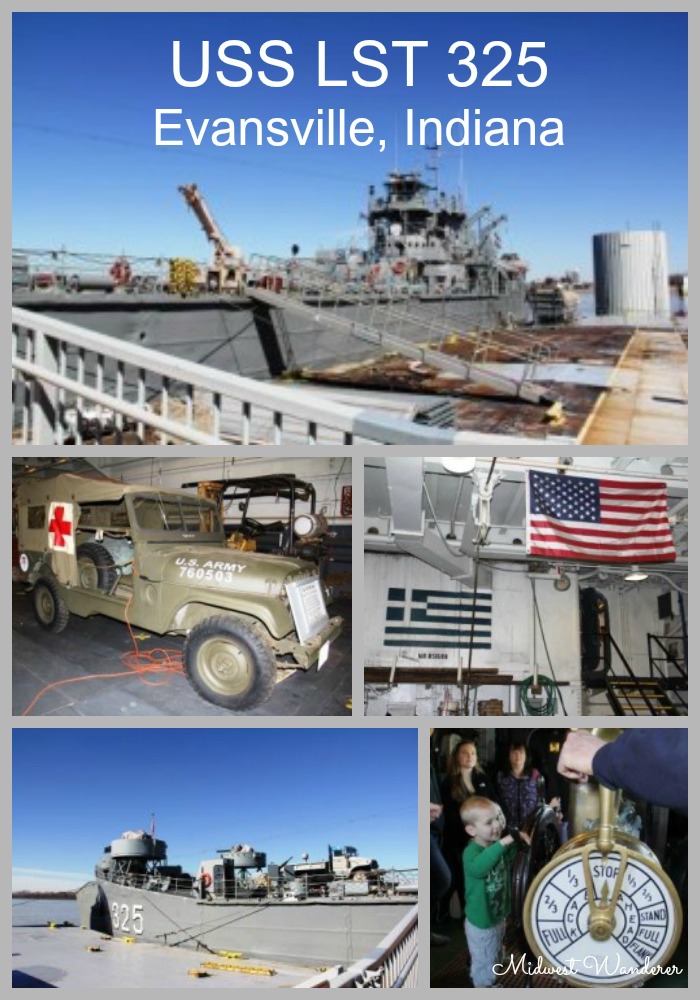 Disclosure:  My tour of the USS LST 325 was hosted by the Evansville Convention & Visitors Bureau and the USS LST Ship Memorial, but any opinions expressed in this post are my own.

Before this summer, I knew little about Wild Bill Hickok. Then, within just a few weeks, we visited three places within Kansas and Illinois that all shared Hickok stories—quite a coincidence. I learned several fascinating facts about him. Here are END_OF_DOCUMENT_TOKEN_TO_BE_REPLACED