David Leong, a naturalized U.S. citizen from China, settled in Springfield, Missouri, after serving in World War II and then bouncing from restaurant to restaurant around the country. A friend had urged him to come to Springfield to open a Chinese restaurant, something the city was lacking at the time.

Folks in Springfield were hesitant to try Asian cuisine. They were used to southern comfort foods like fried chicken or roast beef and mashed potatoes. So Leong breaded the chicken, deep-fried it, and found a way to keep it crispy even when covered with the Asian sauce. People loved it. Word spread, and soon restaurants all over town were creating their own versions of Springfield-style cashew chicken. Leong’s Tea House was open for 33 years before David Leong retired in 1997.

David Leong’s son, Wing Yee Leong, moved to California to study photography in 1981. Having grown up in the restaurant business, he gravitated back to restaurants, learning under world class chefs in upscale California restaurants. He worked his way up to executive chef level before moving back to Springfield in 1995.

After serving as Executive Chef at several Springfield restaurants, Wing, along with two brothers and their father David (now in his mid-90s) went back into business. Leong’s Asian Diner opened in 2010. Executive Chef Wing was anxious to try out newer dishes. However, old customers, thrilled to have Leong’s back in town, wanted the customary dishes. Listening to their customers, the menu now includes mostly traditional Asian foods, with newer, less traditional, dishes offered as specials. Springfield Style Cashew Chicken is still the signature dish. 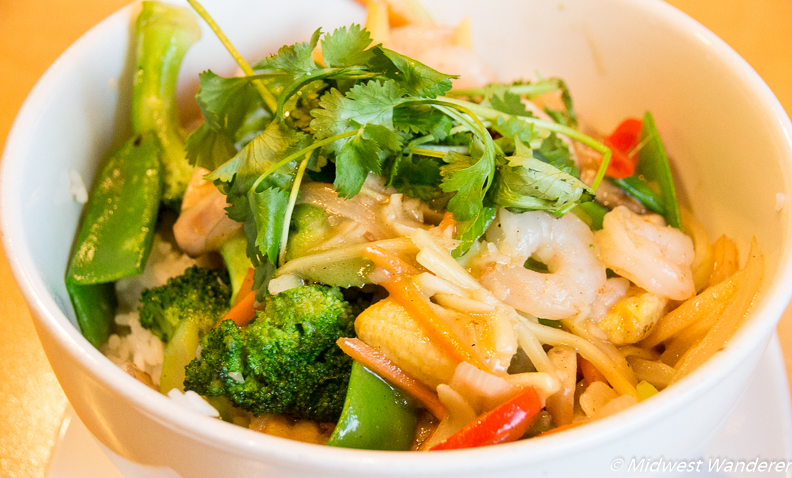 If you go to Leong’s Asian Diner

Leong’s Asian Diner, located at 1540 Republic Road in Springfield, Missouri, is open seven days a week for lunch and dinner. Check the web site for hours and the menu. 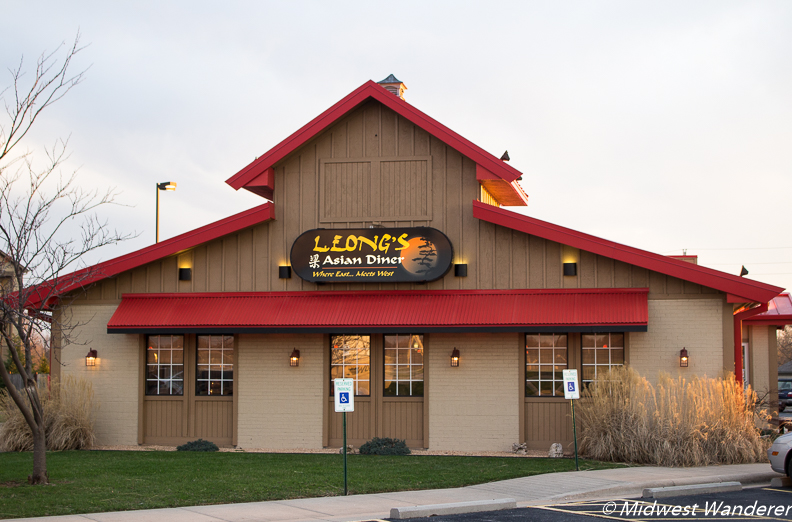 Accommodations: We stayed at the Hotel Vandivort during our visit to Springfield. Find the best deal, compare prices, and read what other travelers have to say at TripAdvisor.

Disclosures: My visit to Leong’s Asian Diner was hosted by the Springfield Missouri Convention and Visitors Bureau, and my meal was complimentary, but any opinions expressed in this post are my own.
This article contains an affiliate link, which means that if you book a room using this link, I will receive a small commission at no additional cost to you.

Thank you for reading Midwest Wanderer. Don’t miss a post. Enter your e-mail address below and click Subscribe to be notified whenever we publish another post. Subscription is FREE. After subscribing, be sure to click the link when you get the e-mail asking you to confirm.

Howard Steamboat Museum in Jeffersonville, Indiana, pays tribute to the Howard family and their steamboat building company. The tour combines a history of the ornate Edmonds and Laura Howard mansion and the shipyard located across the street, which the Howard END_OF_DOCUMENT_TOKEN_TO_BE_REPLACED