Walking down the stairs from Oklahoma City’s street level to board the Bricktown Water Taxi on the canal, my first thought was that it looked like San Antonio’s River Walk from the many pictures I’ve seen. The photos always look inviting: a tour boat gliding along the river, a beautifully landscaped walkway, and restaurants with plenty of al fresco dining, tables adorned with colorful umbrellas. It turns out the Bricktown Canal was modeled after the San Antonio attraction. 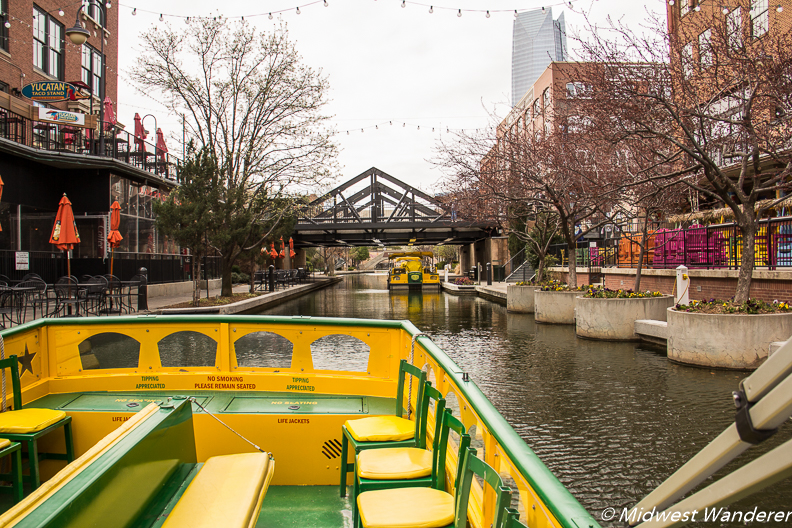 Build It and They Will Come

As recent as 1990 the Bricktown District was run down. Buildings that once held stores and warehouses in the first half of the twentieth century were vacant and dilapidated. Thanks to some forward thinking, residents voted for a temporary one-cent sales tax increase to fund a series of improvement projects. One of the projects funded through the Metropolitan Area Projects (MAPS) program was the creation of the canal and the Bricktown Water Taxi. 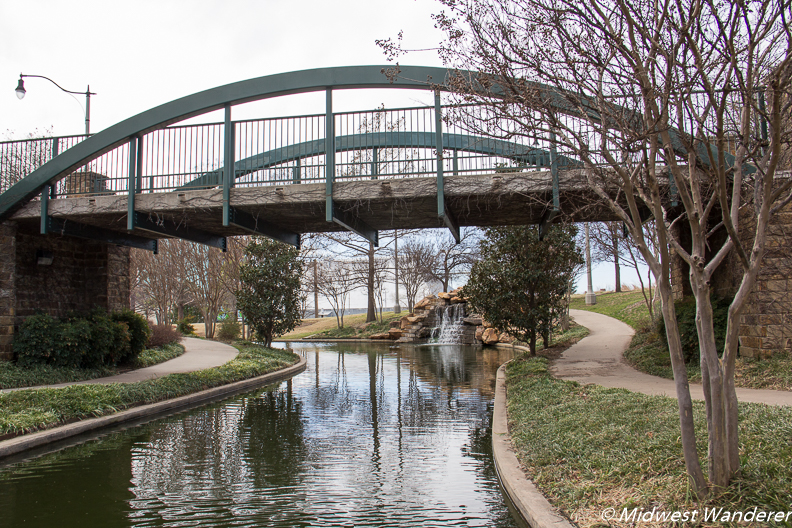 An existing street was dug out to create a portion of the canal, which extended into then-empty fields for a total length of eight-tenths of a mile. Boats were purchased from the same company that makes them for San Antonio.\

The grand opening of the canal and the Bricktown Water Taxi was held on the 4th of July weekend in 1999 to an overwhelming response. The line to purchase tickets stretched at least a block long all weekend, as area residents were anxious to experience Oklahoma City’s newest attraction. Pete Rustin, Office and Charters Manager for Bricktown Water Taxi, said that the only restaurant on the canal at that time, Chelino’s, sold out of food and drink all three days of the weekend. 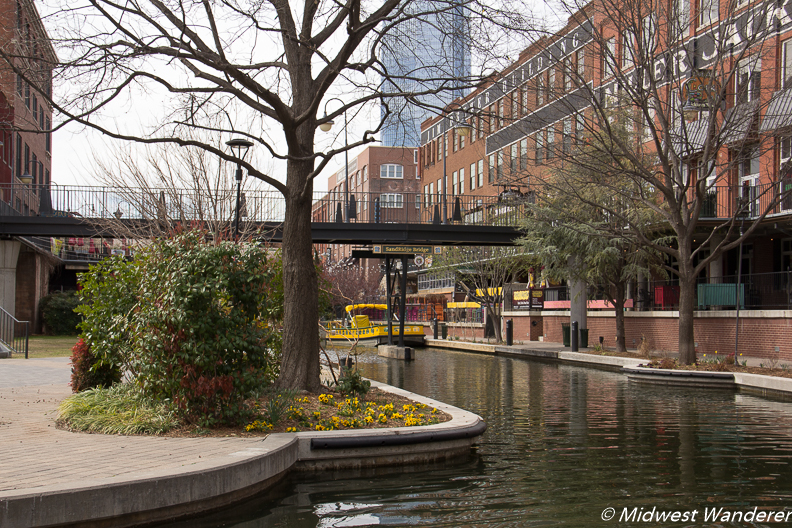 Today Bricktown is booming, with approximately 75 restaurants, bars, shops, hotels and entertainment venues attracting Oklahoma City residents, as well as visitors. The once-empty field that the canal runs through is now filled with businesses like Bass Pro Shop and the sixteen-screen Harkins Movie Theater.  Among nearby attractions are the American Banjo Museum and the Chickasaw Bricktown Ballpark, currently home to the Oklahoma City Dodgers Triple-A minor league baseball team. 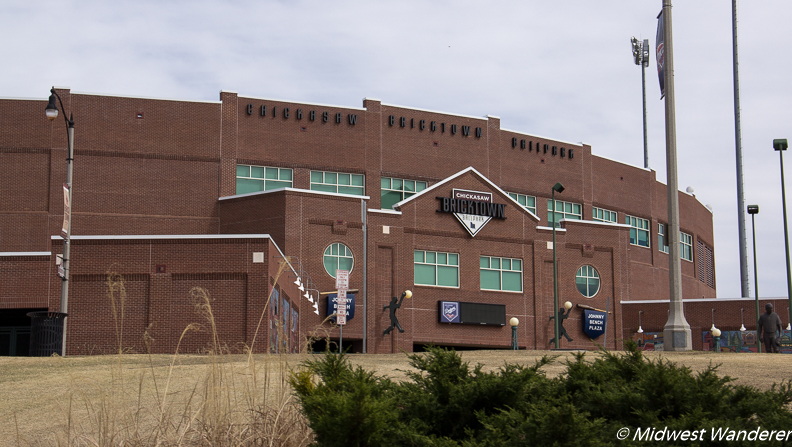 Besides acting as transportation from venue to venue on the canal (you get a wristband with your ticket, which gives you on-and-off privileges all day), the Bricktown Water Taxi is a narrated tour. Pete Rustin explained that each tour is a little different because each driver/guide is given leeway in the narration.  They are given a book of Oklahoma City information to study, so they can be well-versed in answering questions. However, other than a few basic required topics, it is up to the guides to make the tours as entertaining as possible.

Besides taking in the gorgeous landscape and artwork along the canal, I learned lots of interesting facts about Oklahoma City on the tour, including the story of the Oklahoma Land Run of 1889, wherein at noon, at the sound of canon fire, gun fire or other means of starting the run in various Oklahoma locations, folks rushed out to claim 160-acre plots of land. 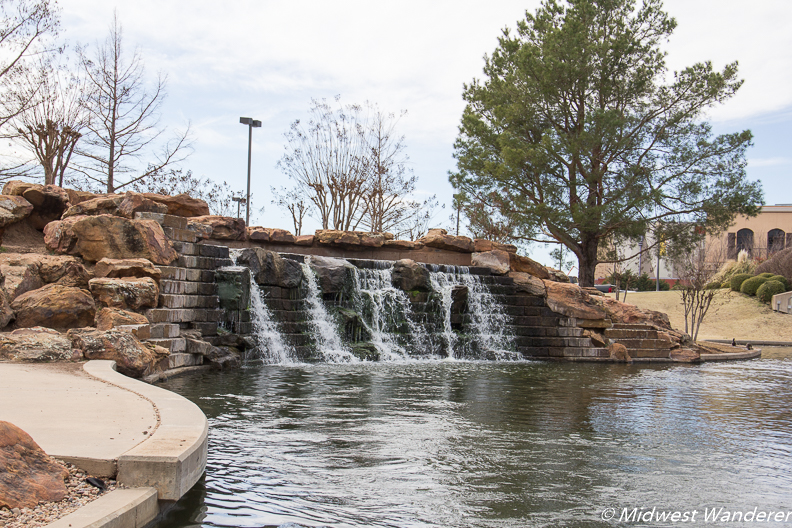 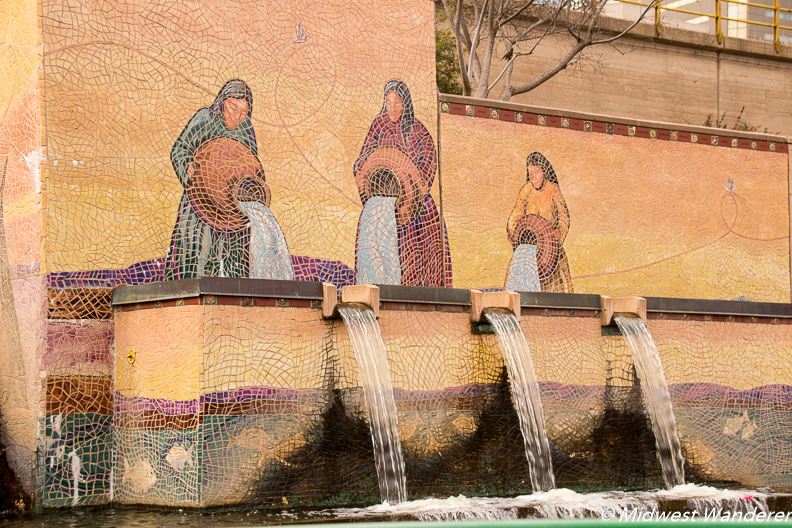 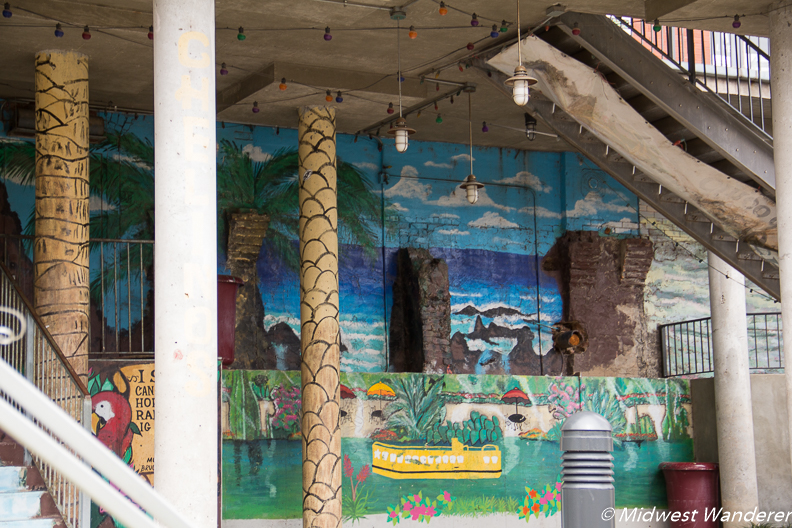 Bronze sculptures at the canal’s edge, created by native Oklahoman artist Paul Moore, make up the Centennial Land Run Monument that commemorates the historic event. At 365 feet long and 16 feet tall, the artwork is one of the world’s largest freestanding bronze sculptures. 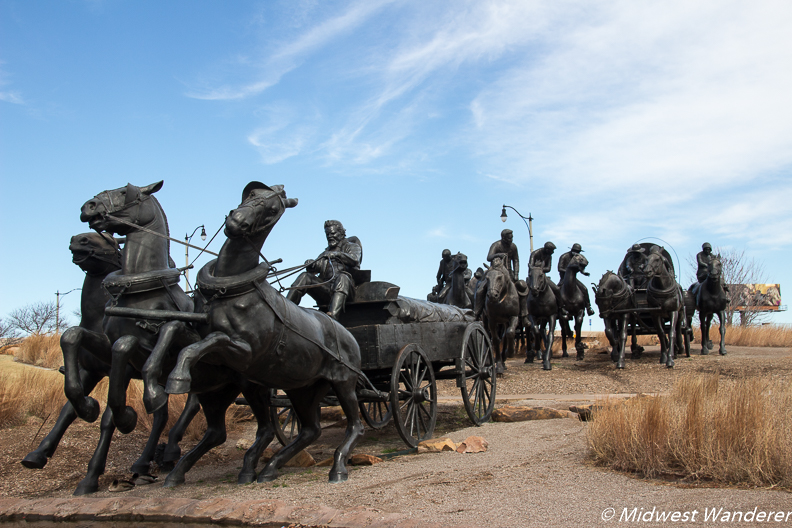 Trivia fact: One of the statues is of a “sooner,” the name given to those who sneaked onto the land before the run began in order to stake their claim sooner than others. That is the origin of the University of Oklahoma Sooners sports mascot. 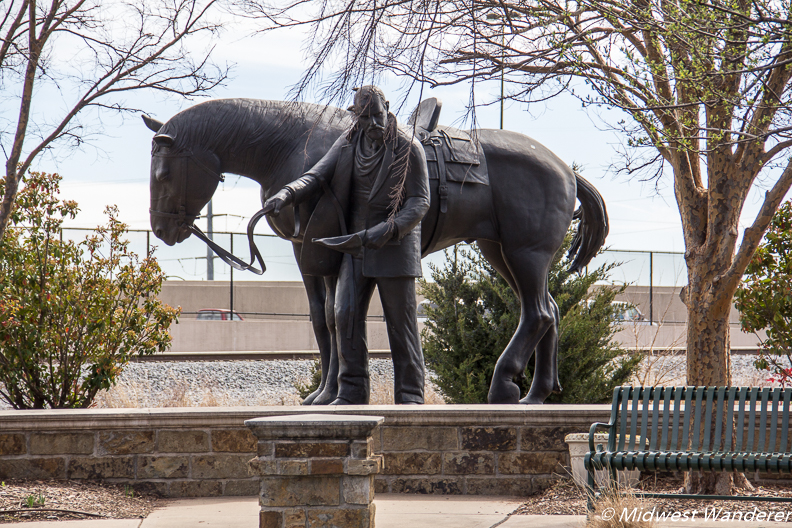 The ticket booth for the Bricktown Water Taxi is located at 111 S Mickey Mantle Drive in Oklahoma City, Oklahoma. The taxi runs every 20 to 30 minutes from 10 a.m. to 10 p.m. May through September, and at the top of the hour from 11 a.m. to 7 p.m. in March, April, October and November. Check availability in advance, as operations in the off season are dependent on the weather. Visit the website for fares, directions and other details.

Disclosures: My visit to the Bricktown Water Taxi was hosted by the Oklahoma City Convention & Visitors Bureau and the Bricktown Water Taxi. My ticket was complimentary; however, any opinions expressed in this article are my own.
This article contains an affiliate link, which means that if you book a room using this link, I will receive a small commission at no additional cost to you.

Before this summer, I knew little about Wild Bill Hickok. Then, within just a few weeks, we visited three places within Kansas and Illinois that all shared Hickok stories—quite a coincidence. I learned several fascinating facts about him. Here are END_OF_DOCUMENT_TOKEN_TO_BE_REPLACED