When visiting someplace I haven’t been before, I often tour a historical museum to learn the history and culture of the area. While the general history of an area is interesting, what I find most intriguing are stories of individuals. Hearing stories of real people, especially everyday people, makes the history of a place come alive for me. I was fascinated by several of those stories when I visited the National Czech and Slovak Museum in Cedar Rapids, Iowa.

Faces of Freedom and Maňa Machovsky

Six figures stand at the beginning of the Faces of Freedom exhibit. Some figures represent immigrants to the United States. Others represent people who stayed in the homeland to fight the battle for freedom. Through speakers near each of the figures, you can listen to their stories. 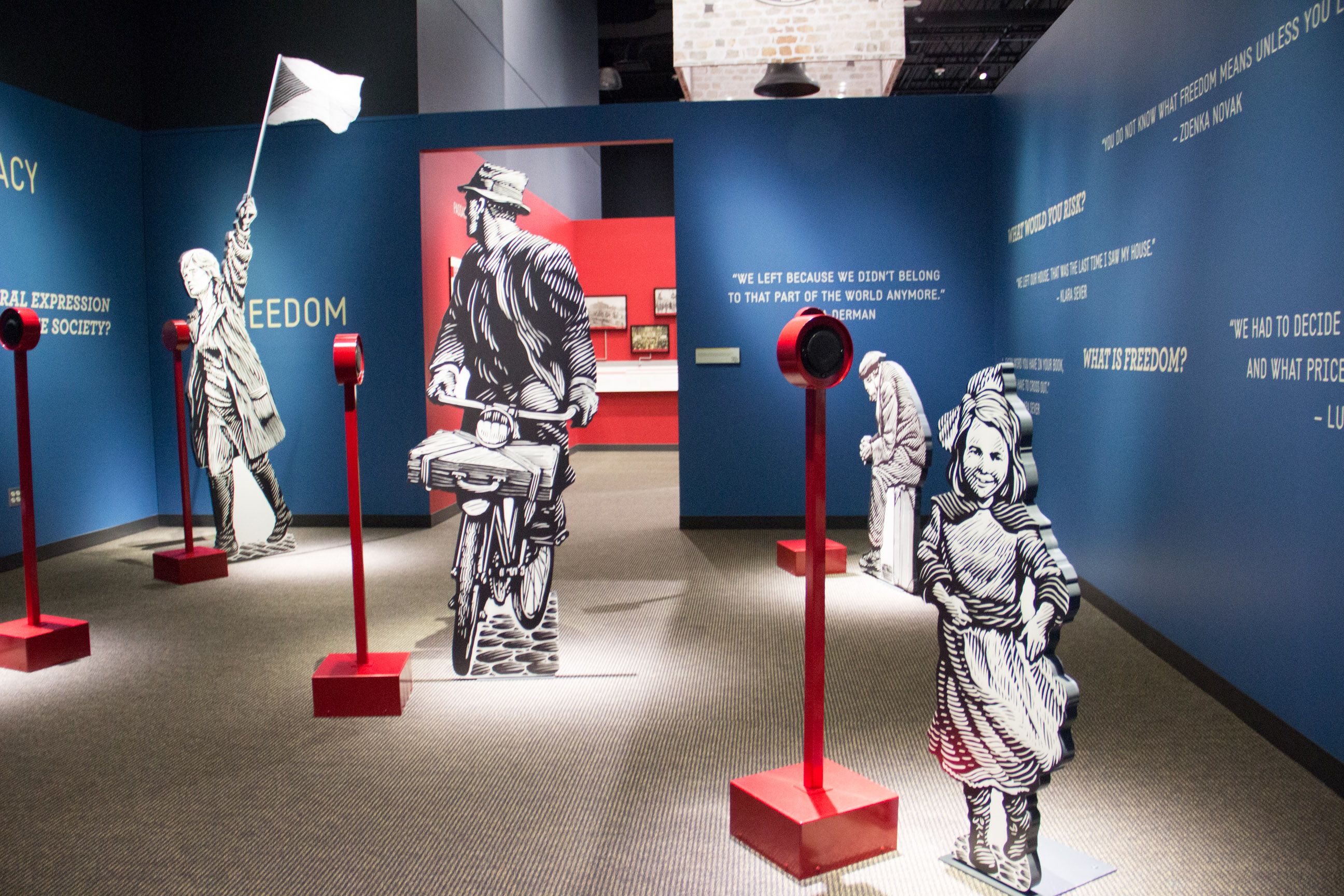 My favorite figure was Maňa, a little girl. Maňa talks about being afraid of leaving Czechoslovakia. Her parents tell her everything will be fine and that they’ll come back home. But they never did. 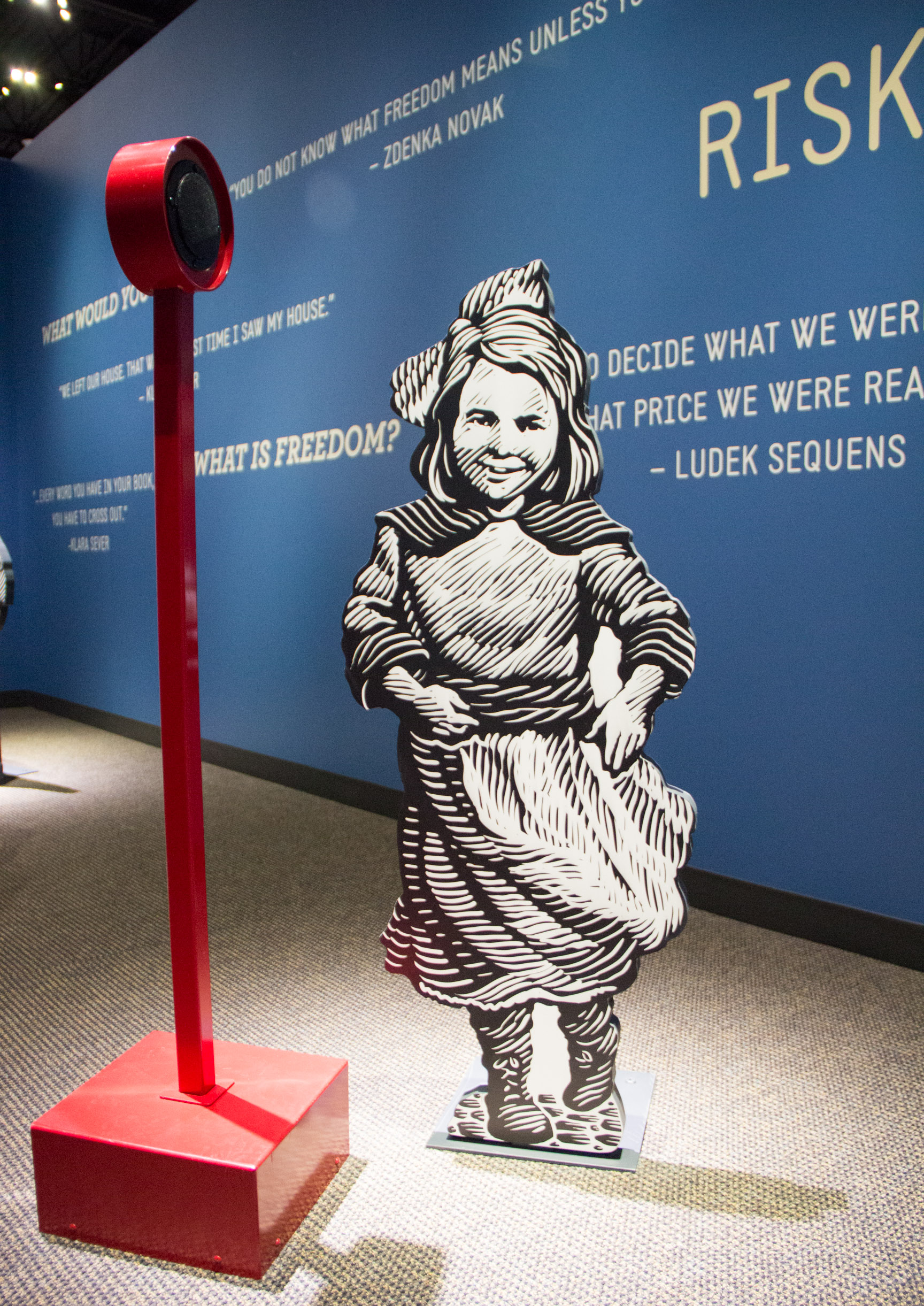 Maňa continues her story through recordings located throughout the exhibit. I found it particularly intriguing because Maňa Machovsky was a real person.  She emigrated from Czechoslovakia to Cedar Rapids in 1922 with her family when she was seven years old. As an adult, Maňa was a volunteer at the museum.

One part of the exhibit represents a typical Czech- or Slovak-American 1940s living room. A old-time radio cycles through news broadcasts of what is happening in World War II. A movie screen shows footage of what you might see between features at the movie theater. 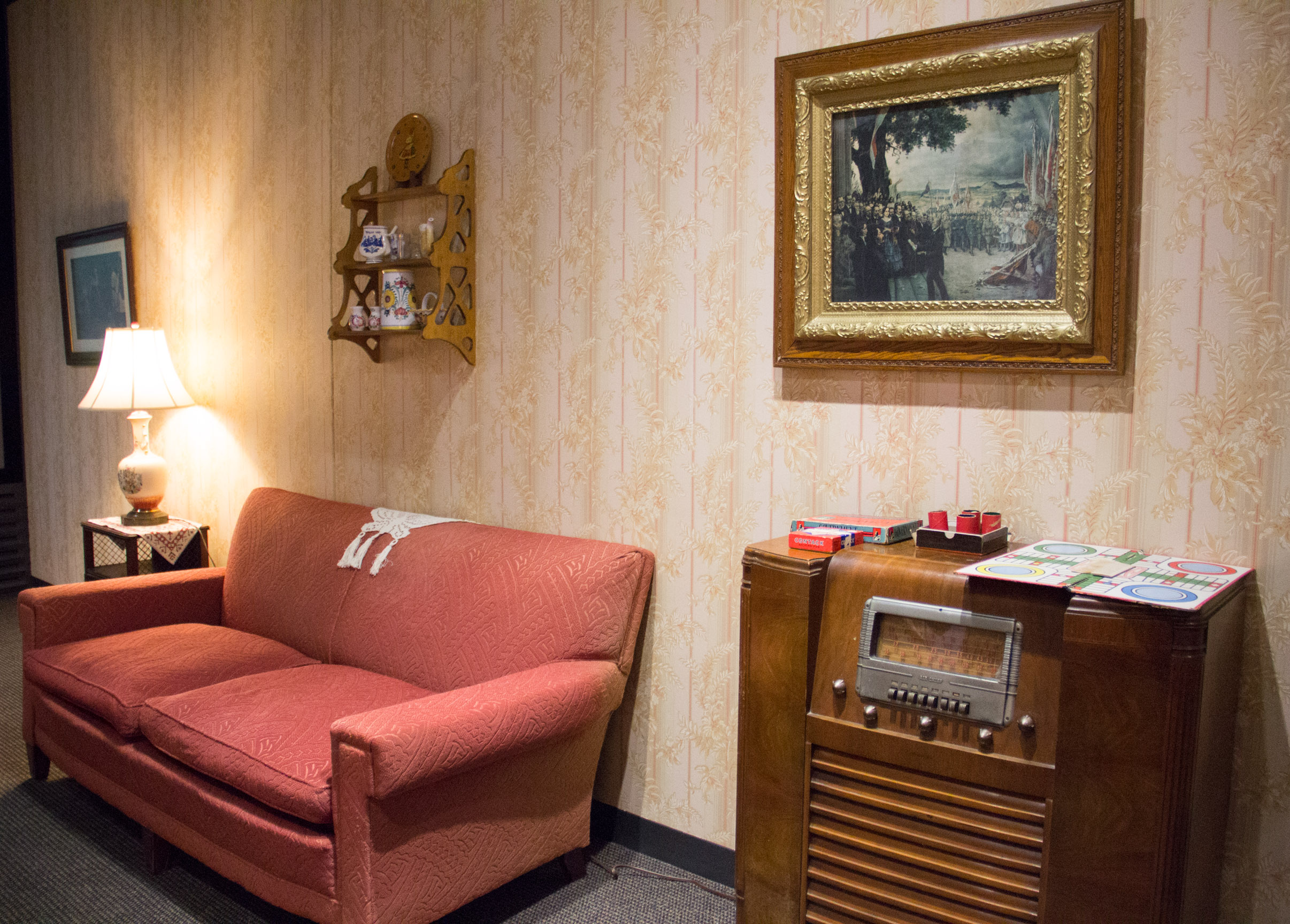 By World War II the real Maňa was an adult. But she remains the child character throughout the exhibit. In this living room setting she writes a letter to her cousin Petr, who remained in Czechoslovakia, asking what it’s like there during the war and describing her part in helping the war effort in the U.S. 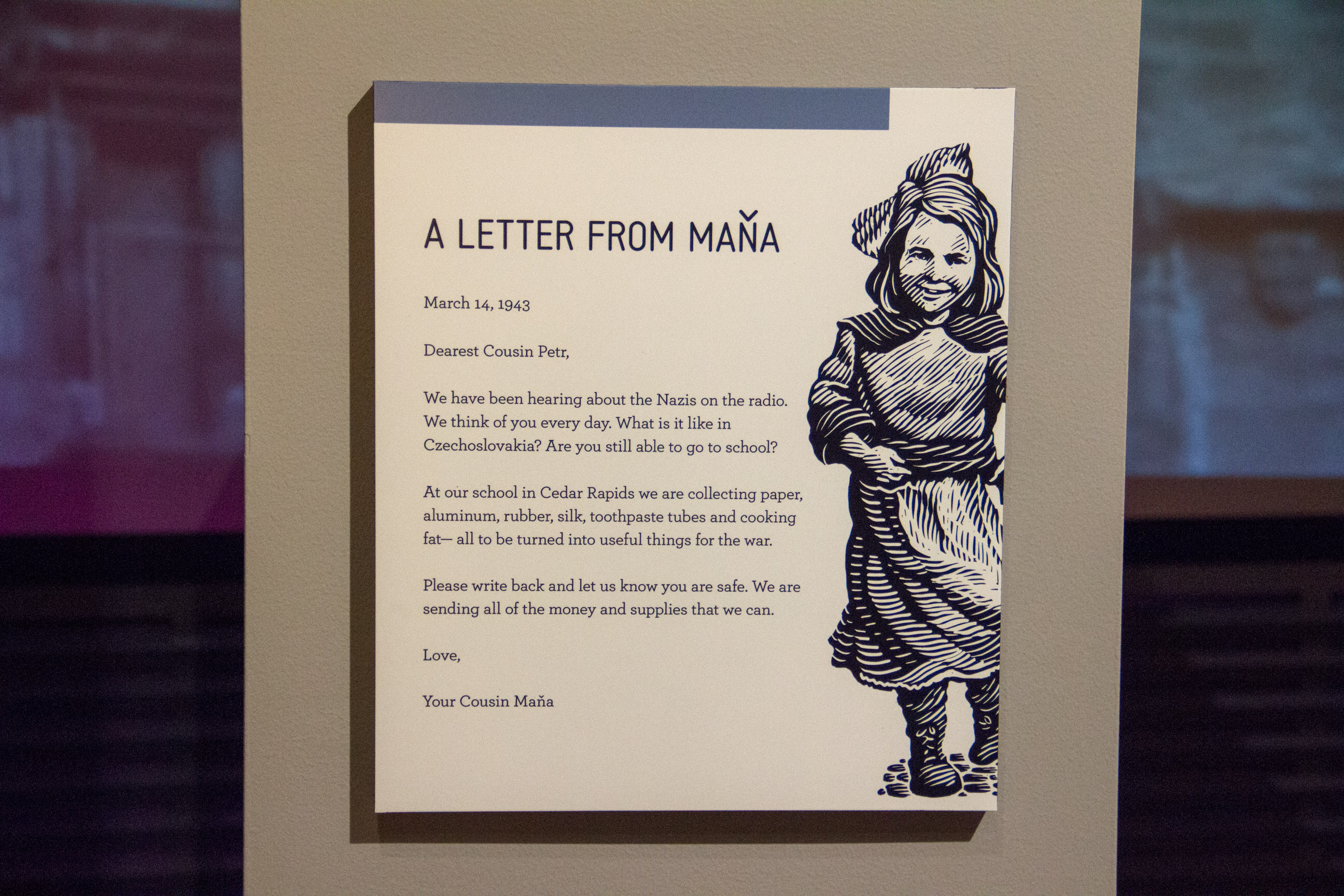 Another part of the exhibit includes an immigrant ship reproduction. The gist of the recorded conversation is that a little girl got locked in the ship library. This was actually a true story, something that happened to the real Maňa on the ship. 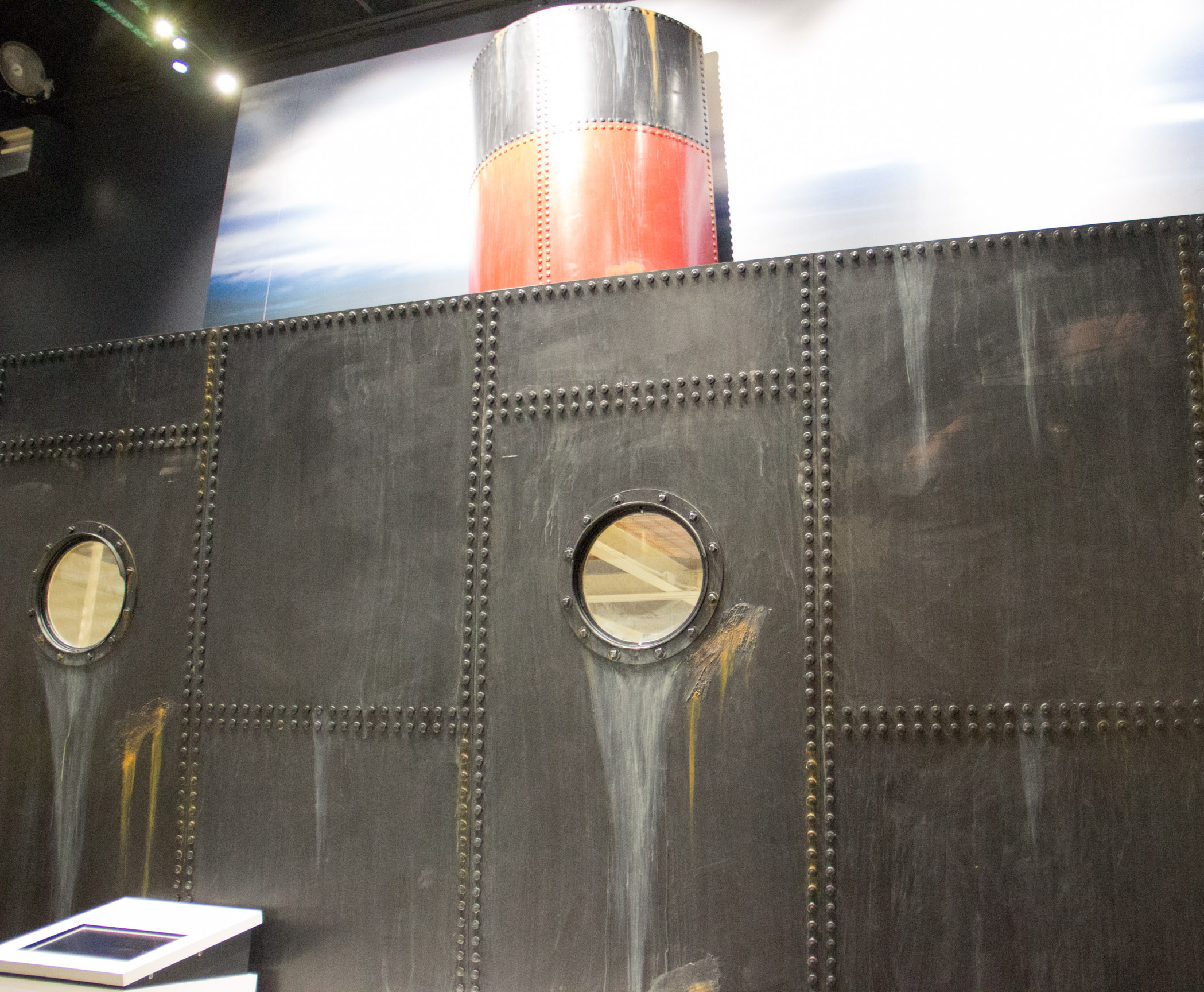 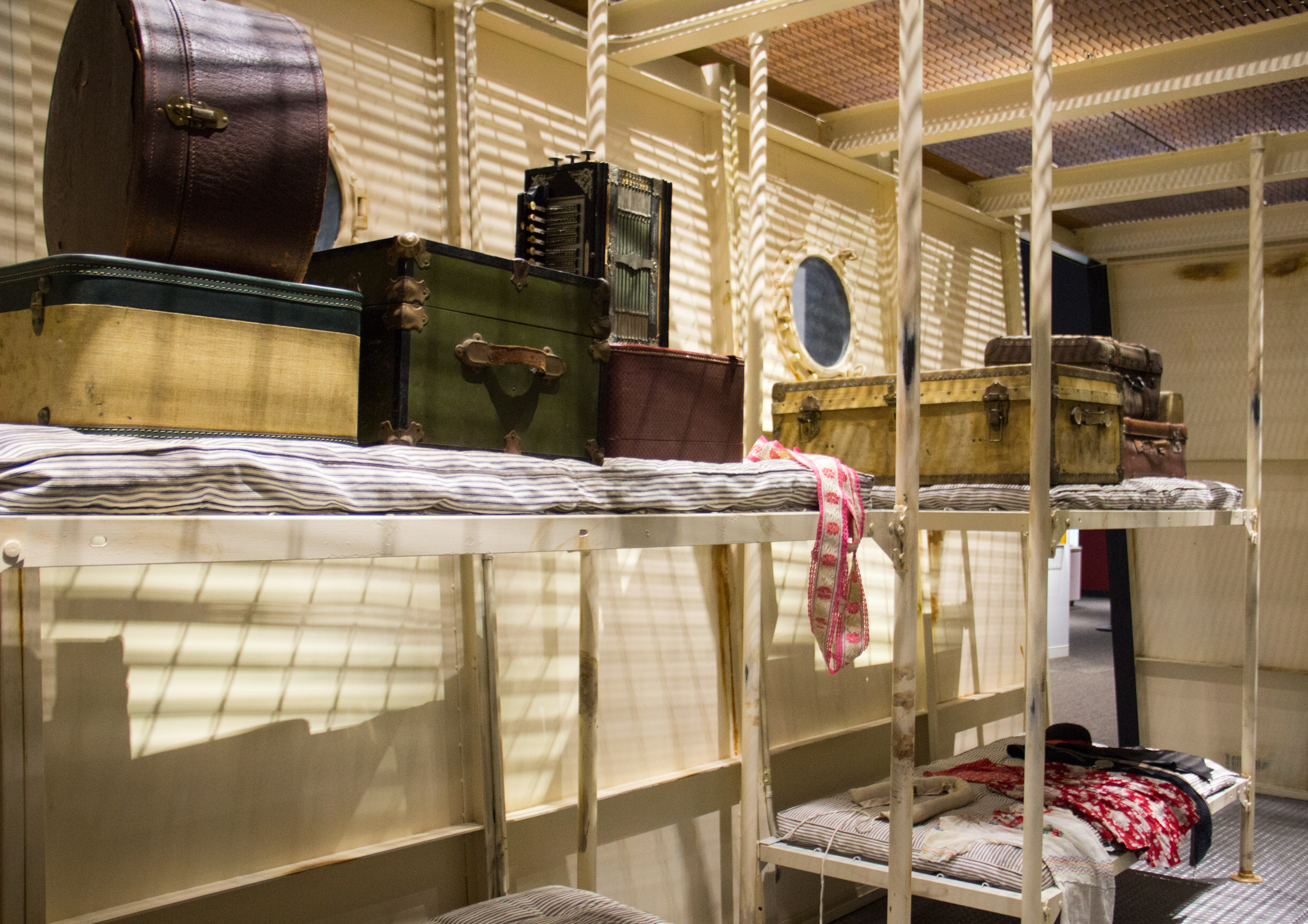 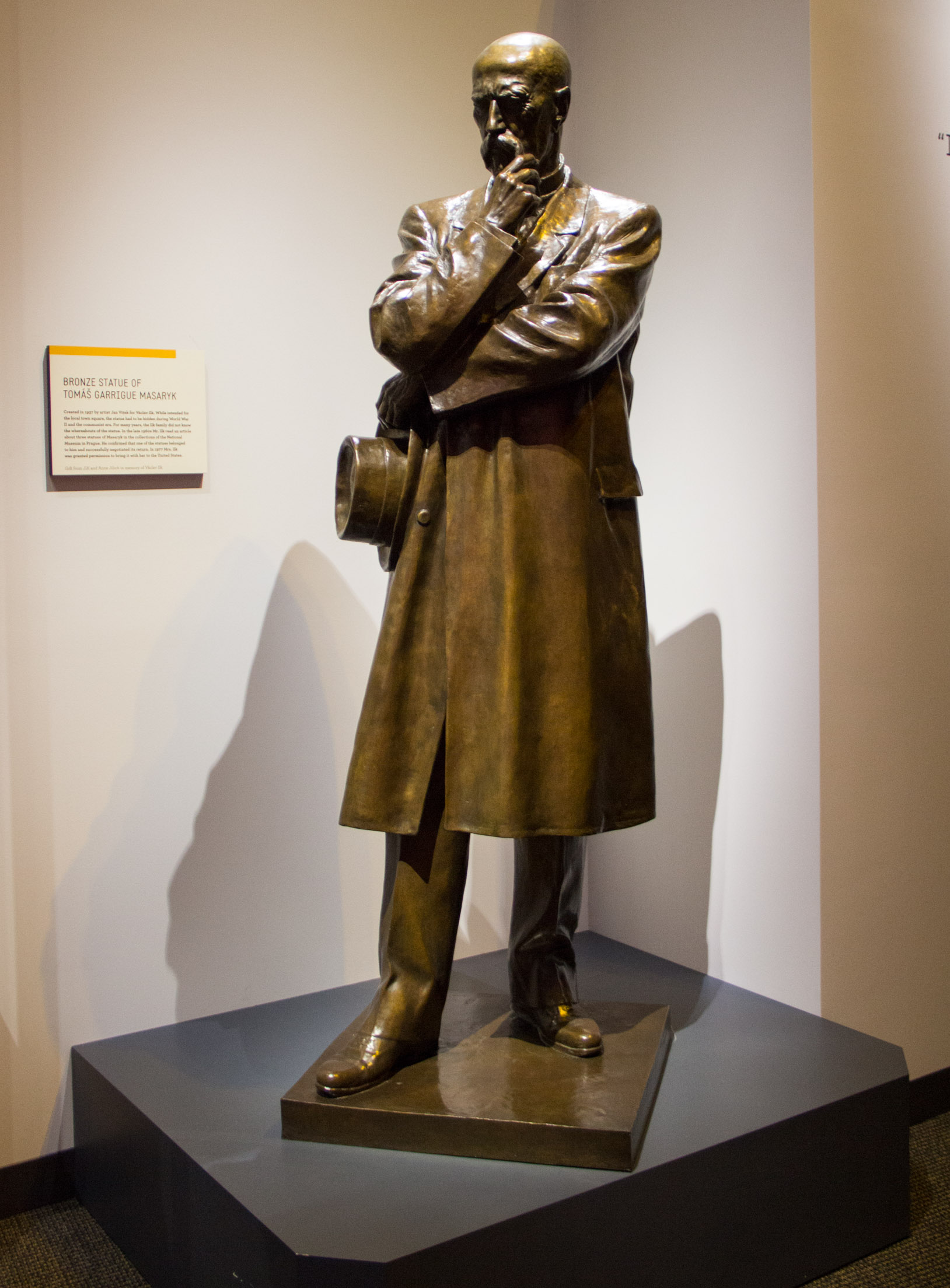 The 800-pound Masaryk likeness once stood outside a school in what was then Czechoslovakia. When World War II broke out, people hid the statue for fear it would be melted down for the war effort. Nor would the Nazis have allowed the statue to remain. Three times during the war, people buried it, dug it up, moved it, and buried it again. Once the war ended and the country fell into Communist rule, the statue was dug up and stashed in a museum basement for almost three decades. The statue’s owners eventually tracked it down and were granted permission to ship it to their new home in California, where it stayed until the museum acquired it.

Payment for hiding a Jewish woman

The National Czech and Slovak Museum has several dolls that represent World War II. They rotate the dolls every year. Each doll has its own story. The doll on display during our visit had been given to a U.S. soldier who participated in the liberation of Plzen in 1945.

We also heard a fascinating story about another doll the museum has in its collection. During World War II a Chicago family was paying someone in Prague to hide a Jewish woman in her basement. The relationship isn’t clear, but the Jewish woman, who had owned a jewelry store and had a collection of dolls, would have jewelry and dolls sent to the Chicago family. The Jewish woman did survive the war. Besides the doll in the collection, some of her jewelry is also on display in the museum.

The National Czech and Slovak Museum has many mores exhibits and artifacts with personal stories, including an entire house. Five generations of one family lived in this immigrant home for over 90 years. 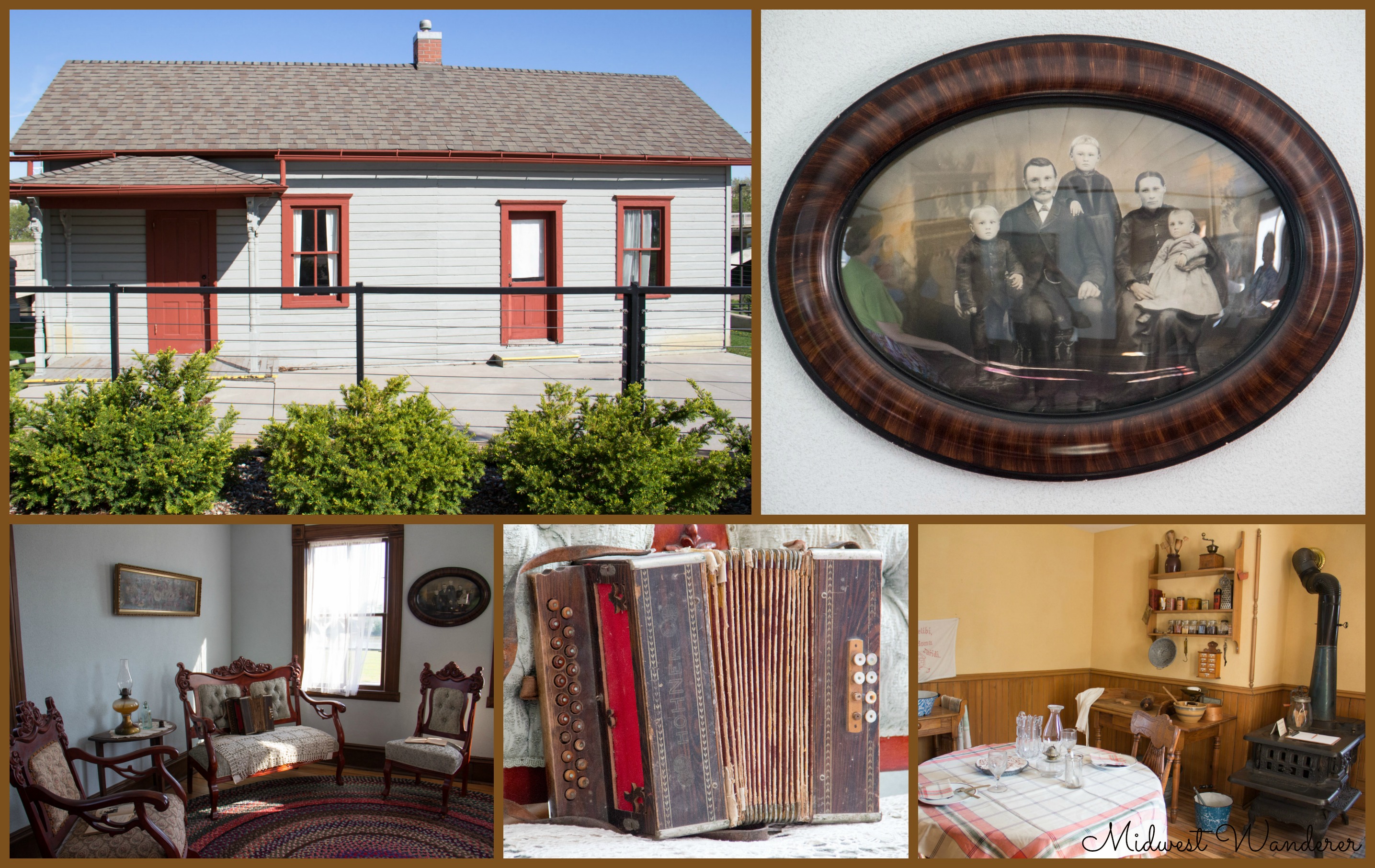 The family of George Bureš, who immigrated to the United States in 1861, donated to the library a rare Protestant hymnal, which was printed in 1561. The hymnal is in surprisingly good condition. It had been handed down through a family for four centuries. Family lore says it was once baked into a large loaf of bread to hide it during a time when Protestants were being persecuted. 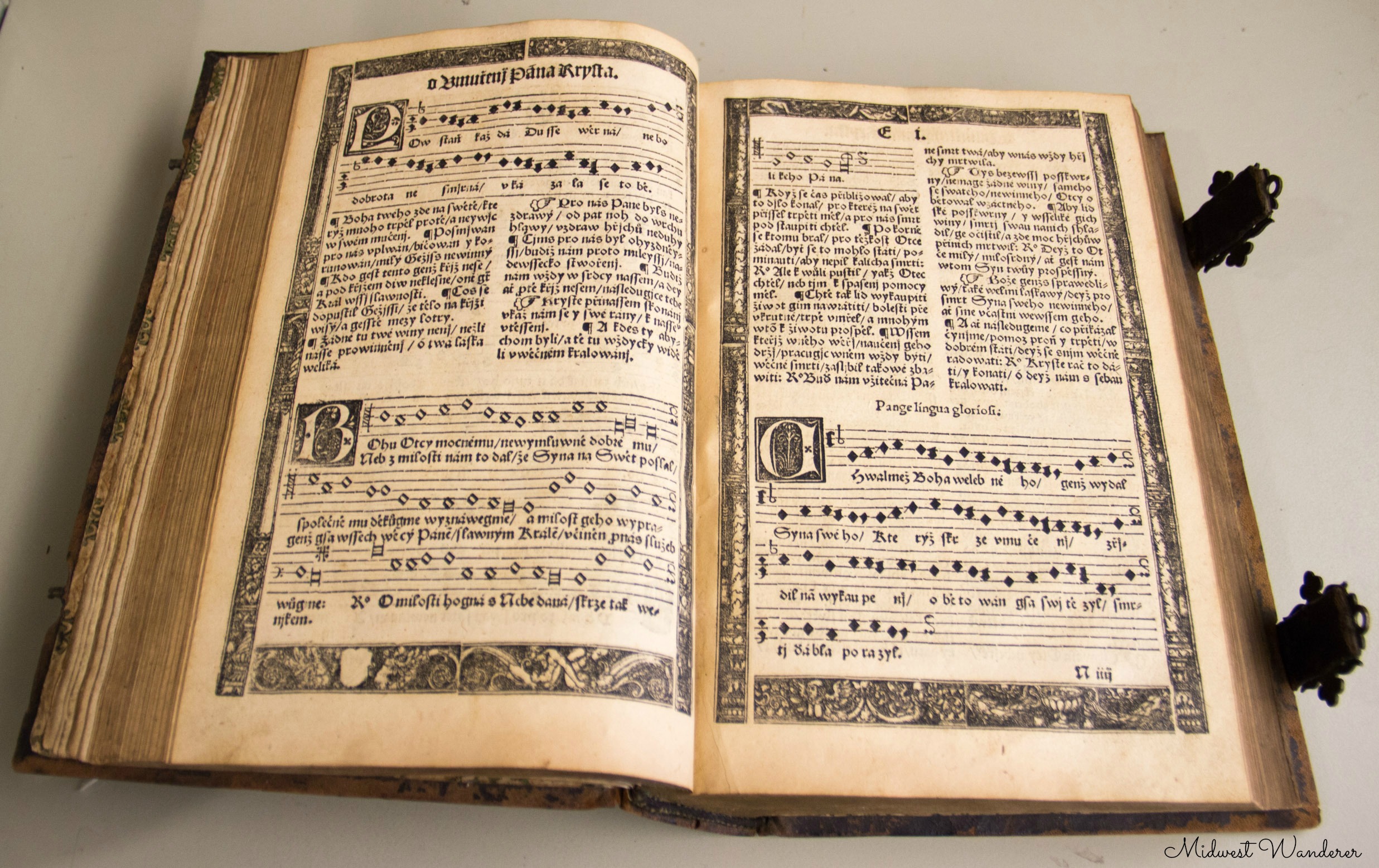 Other exhibits include traditional clothing. 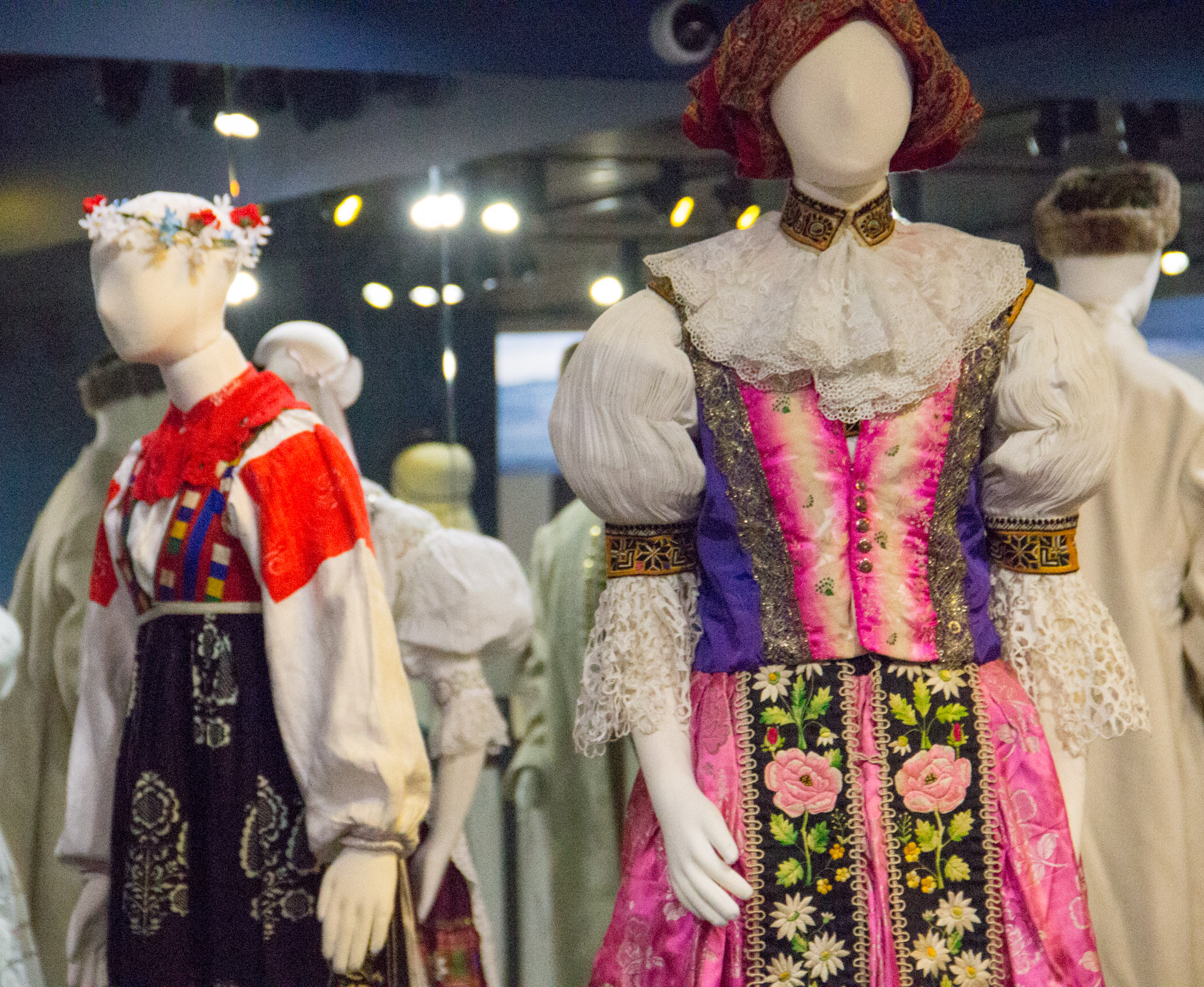 Puppets are popular with kids. Some of the museum’s puppets are artifacts; others are toys for kids to play with.

Puppets troupes were big in Czechoslovakia. While German was the language of politics, medicine, and academia, puppets shows were in Czech to keep the language alive. Puppets could also say things against the government, using satire, that people couldn’t openly say. 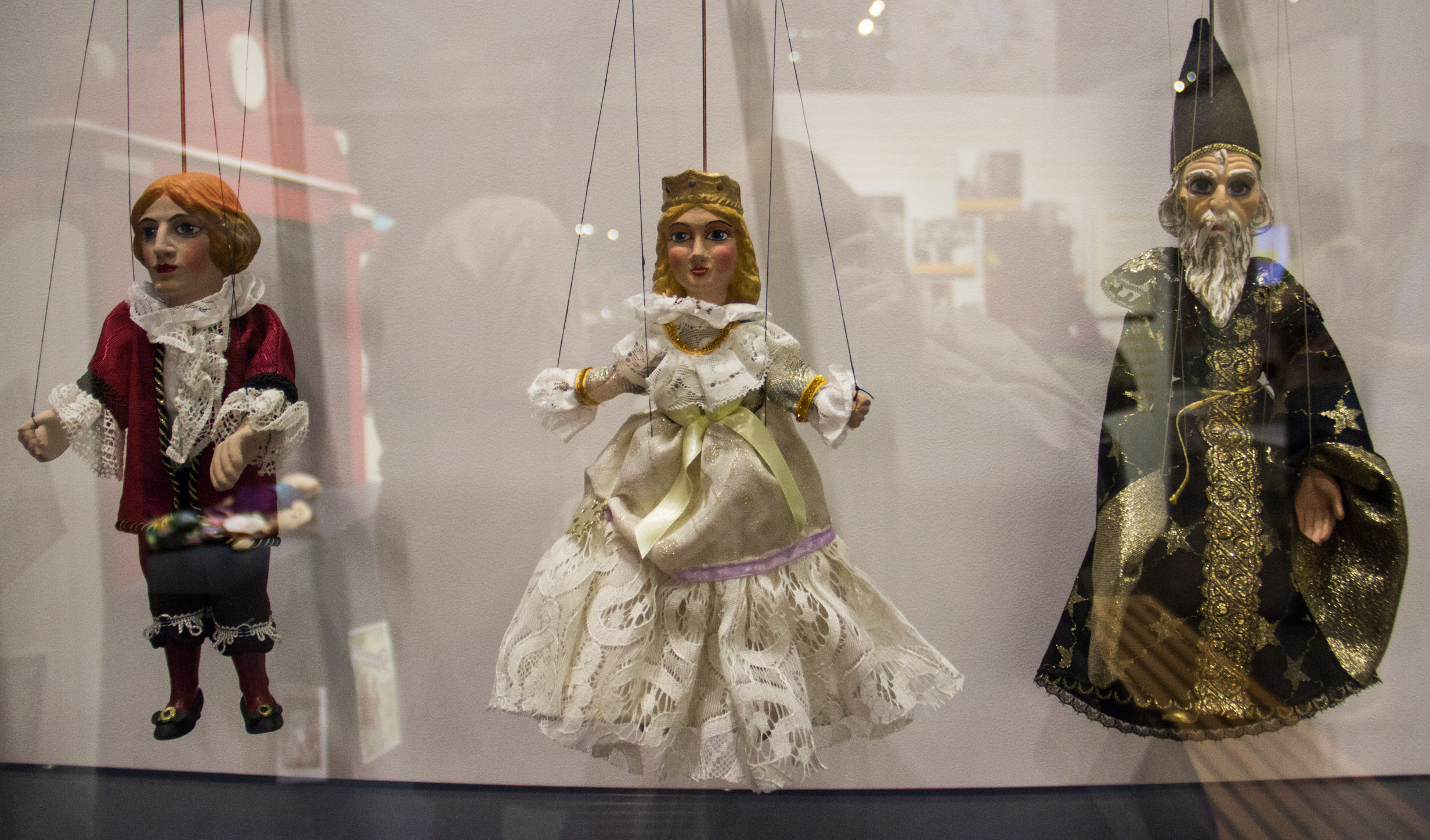 There’s also an exhibit on traditional Czech and Slovak foods, including kolache, a bread-like pastry with a jam filling. Museum staff surprised us with kolache when we arrived that morning. So delicious! 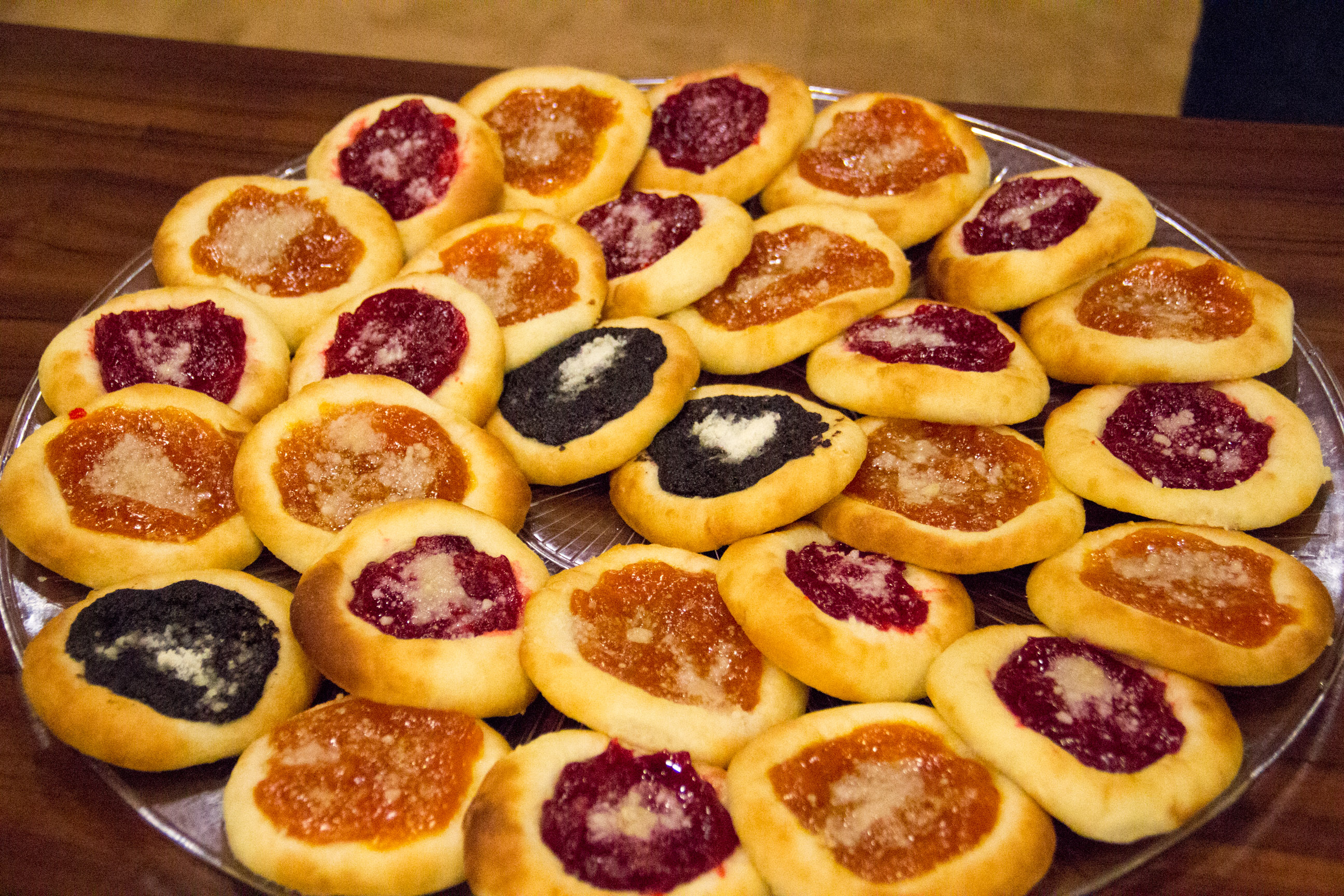 If you visit the National Czech and Slovak Museum

The National Czech and Slovak Museum, located at 1400 Inspiration Place SW in the revitalized NewBo district of Cedar Rapids, Iowa, is open seven days a week. Check the website for hours, exhibit information, and other museum details.

I stayed at the Hotel at Kirkwood Center during my visit to Cedar Rapids. Check rates here. 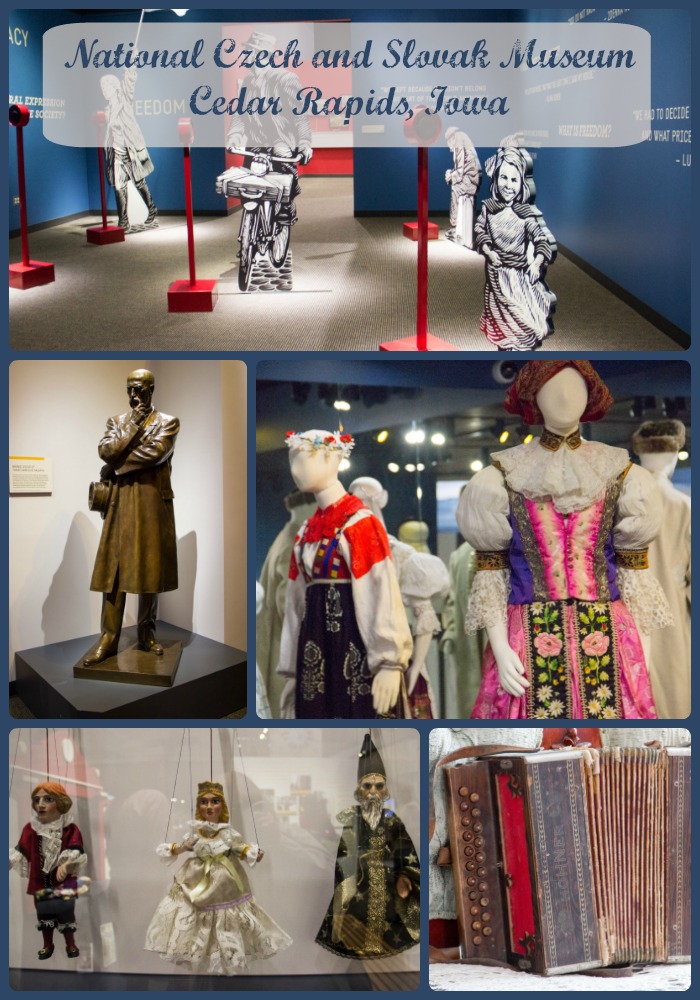 Disclosures: The Iowa Tourism Office hosted my visit to the National Czech and Slovak Museum. My admission was complimentary. However, any opinions expressed in this article are my own.
This article contains an affiliate link. If you book a room through the “Check rates here” link above, I will receive a small commission at no additional cost to you.

Before this summer, I knew little about Wild Bill Hickok. Then, within just a few weeks, we visited three places within Kansas and Illinois that all shared Hickok stories—quite a coincidence. I learned several fascinating facts about him. Here are END_OF_DOCUMENT_TOKEN_TO_BE_REPLACED