Imagine being a school teacher and having to teach five grades or more at one time. One-room schoolhouses were common in rural areas of the United States all the way into the 1960s, some even later. Earlier this year we visited the Nottawa Stone School in Nottawa, Michigan, a one-room schoolhouse that served grades one through five, which has been restored for historical purposes. 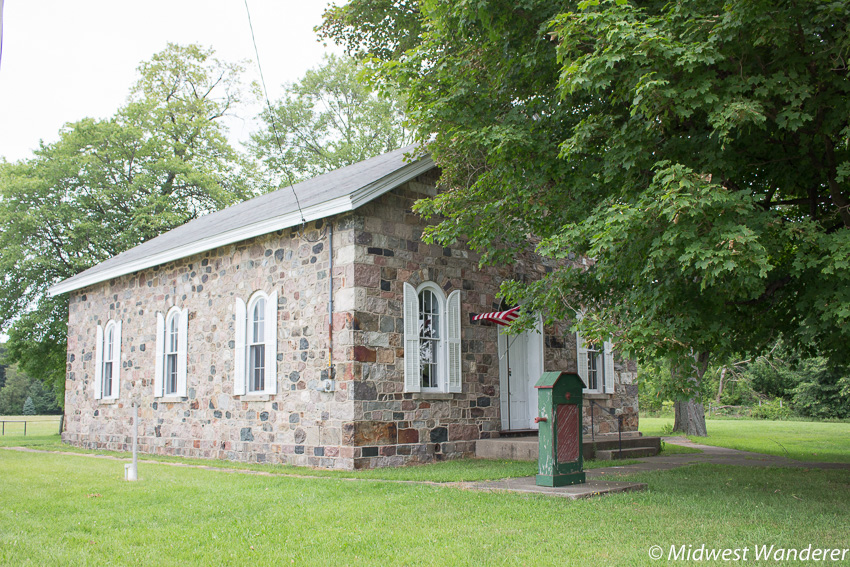 Not only did we visit the Nottawa Stone School; we experienced it as schoolmarm Priscilla Hoopengardner stood at the front of the class and we sat in the desks as students. The teacher warned us to behave or we’d have to sit on the dunce stool and wear a dunce hat. Worse, instead of sitting, you might have to face the chalkboard with your nose placed inside the circle she’d draw with chalk. 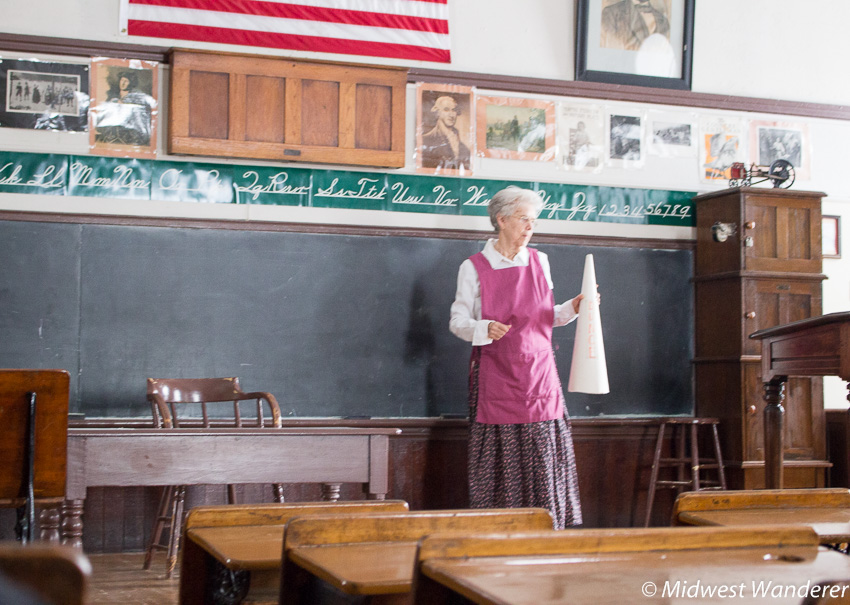 There is no running water in the building, nor was there any when the building was used as a school. Each morning the teacher would bring in a bucket of water and a scuttle of coal. The coal went into the coal stove, which was used to heat the building. She might put a kettle of soup in the stove, too, which would be ready by lunchtime. The water was used both for drinking and washing. 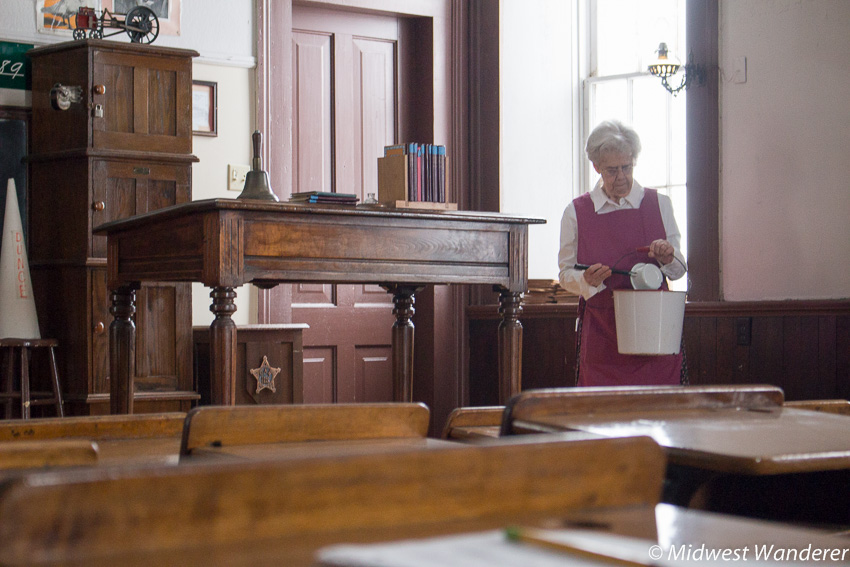 Two privies were behind the building, one for boys and one for girls. 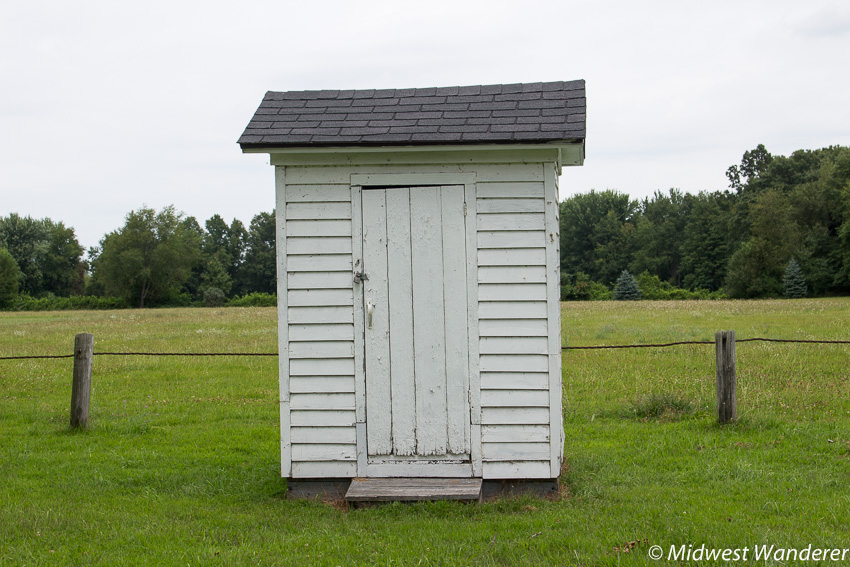 Ms. Hoopengardner showed us some of the tools and books used in the school, like a stereoscope, a device in which two photos of the same subject are viewed together, creating a 3D effect. 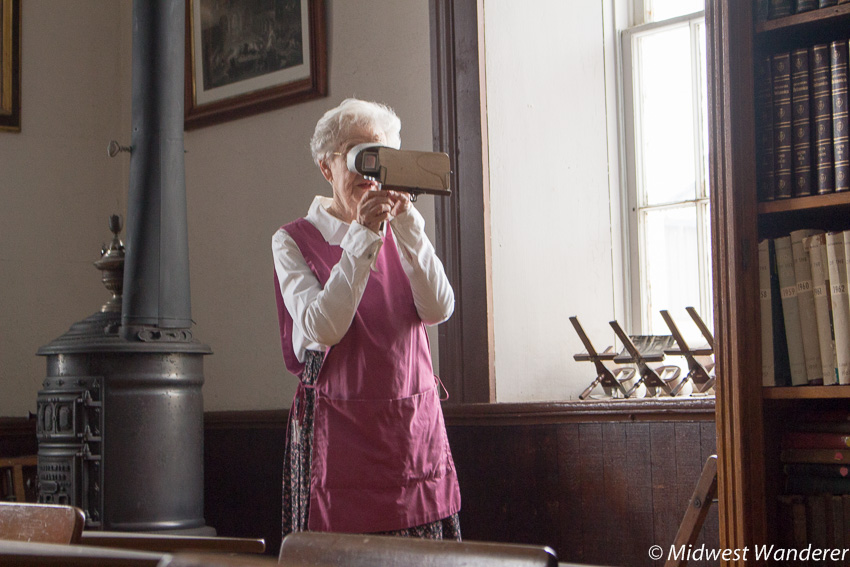 The Nottawa Stone School was built in 1870. By 1940 enrollment had outgrown the school, and an addition was built. Eventually the addition was converted to a general store. The last classes in the school were held in 1961.

After our school lesson, Ms. Hoopengardner took us on a tour of the general store, pointing our various objects that may have been sold there, everything from tools to musical instruments. A display case holds Dr. Denton’s, which were popular one-piece pajamas were made in nearby Centreville. 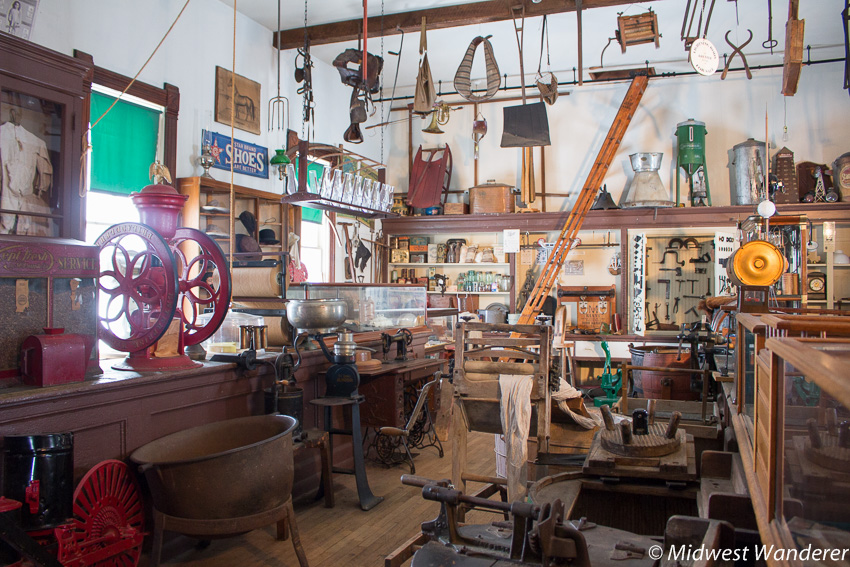 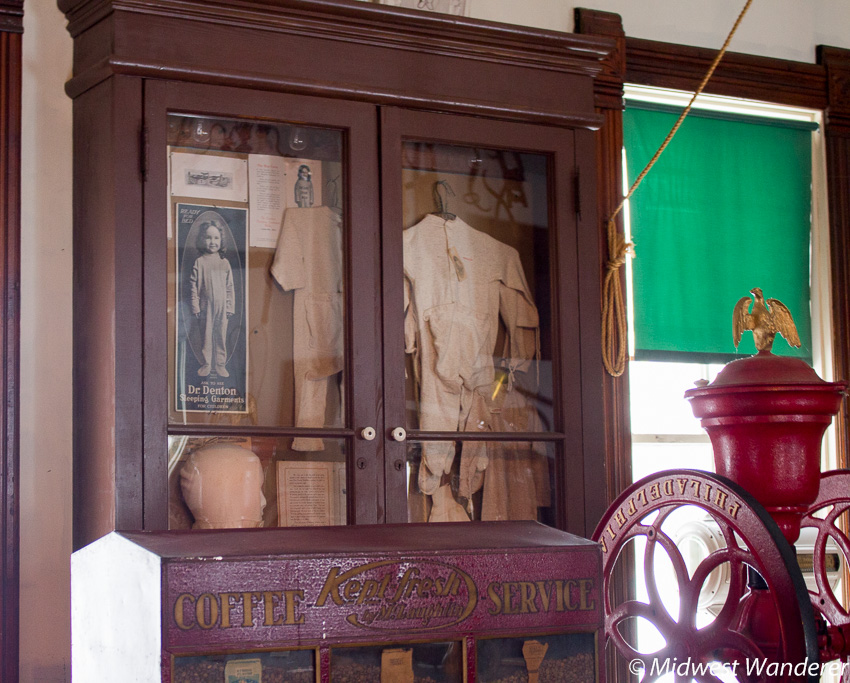 Other objects that our “teacher” pointed out were a glass egg that was put under a hen that stopped laying eggs to remind her what she was supposed to do, and an egg scale, which determined the grade of an egg. 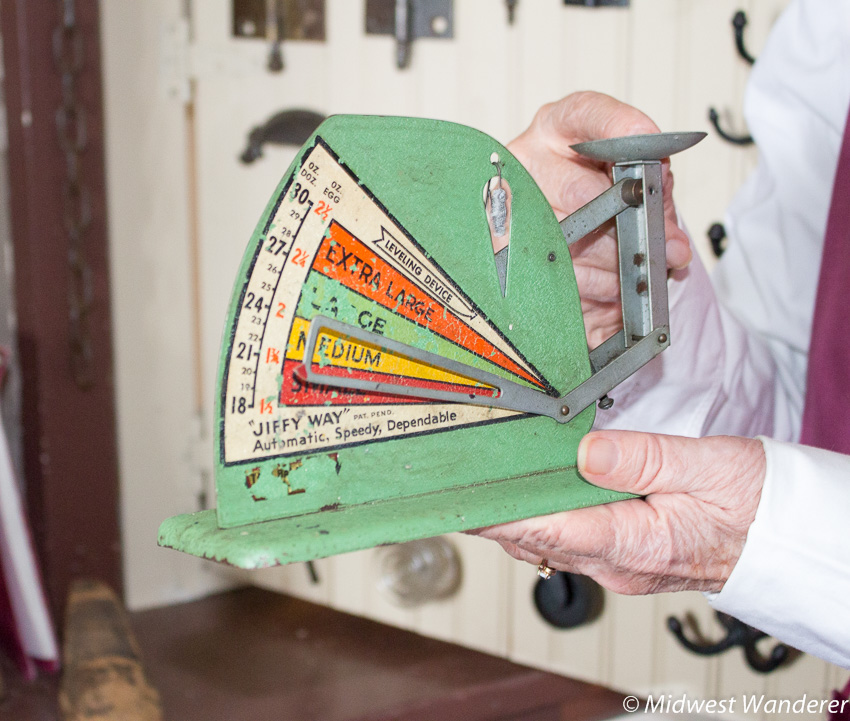 Today the school is owned and funded by the St. Joseph County Intermediate School District, but a non-profit corporation is responsible for upkeep. The school is a popular field trip for students of nearby schools.

Group tours of the Nottawa Stone School, located at 26456 M86 in Nottawa, Michigan, are available by appointment. (Call (269) 467-5348.) You can view the outside of the school on a self-guided historical tour, documented on the River Country Tourism web site.

Disclosure: Our visit to the Nottawa Stone School was hosted by the River Country Tourism Council of Greater St. Joseph County. However, all opinions in this article are my own.

Howard Steamboat Museum in Jeffersonville, Indiana, pays tribute to the Howard family and their steamboat building company. The tour combines a history of the ornate Edmonds and Laura Howard mansion and the shipyard located across the street, which the Howard END_OF_DOCUMENT_TOKEN_TO_BE_REPLACED