Driving through the Wild Animal Safari park near Springfield, Missouri, I never expected the animals to run right up to the car, but that’s exactly what they did.

The rule in the park is don’t open your car window as you drive the five mile road through the 250 acre park. However, if you take the complimentary bus tour you can toss food (that you purchase at the park) out to the animals.

Either the animals don’t know the difference between a bus and a car, or a lot of people break the rules. I tend to think it’s the latter. And yes, I broke the rules, too, when we were driving through areas where the animals aren’t particularly dangerous. The problem was I didn’t have any food with me. I was only trying to take pictures. However, as soon as the zedonks saw us, they practically stormed our vehicle. 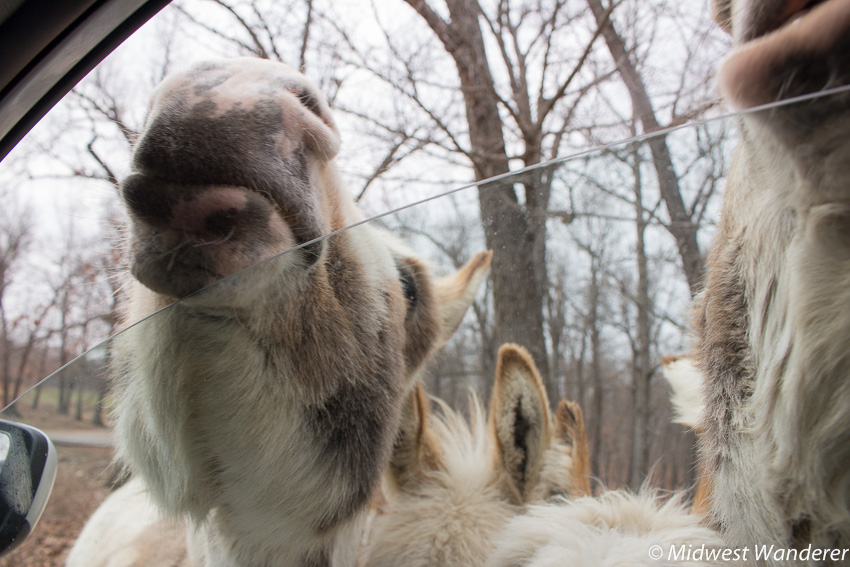 Do you remember pressing your nose against a window as a kid? That’s exactly what this guy did, making me feel guilty that I didn’t have any food for him. 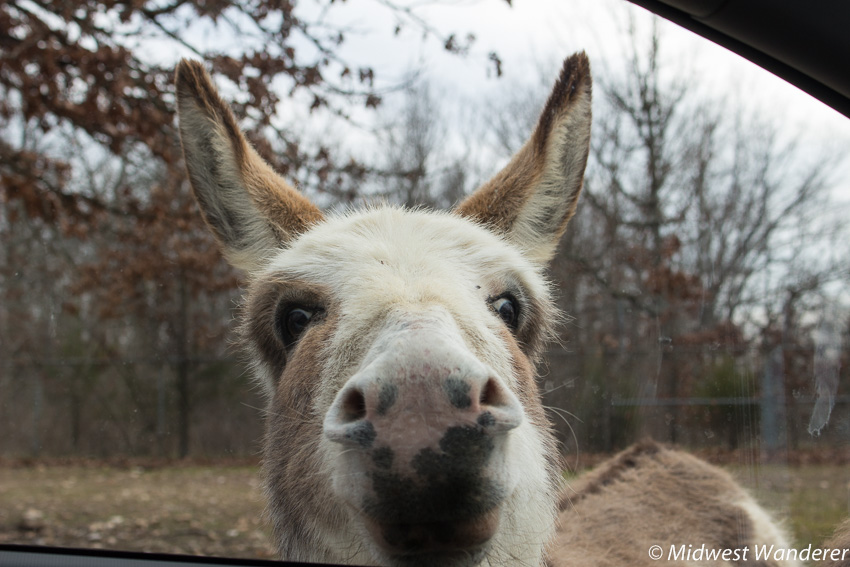 Other animals stayed their distance. Thank goodness, because I would want any of these pouncing at my car. 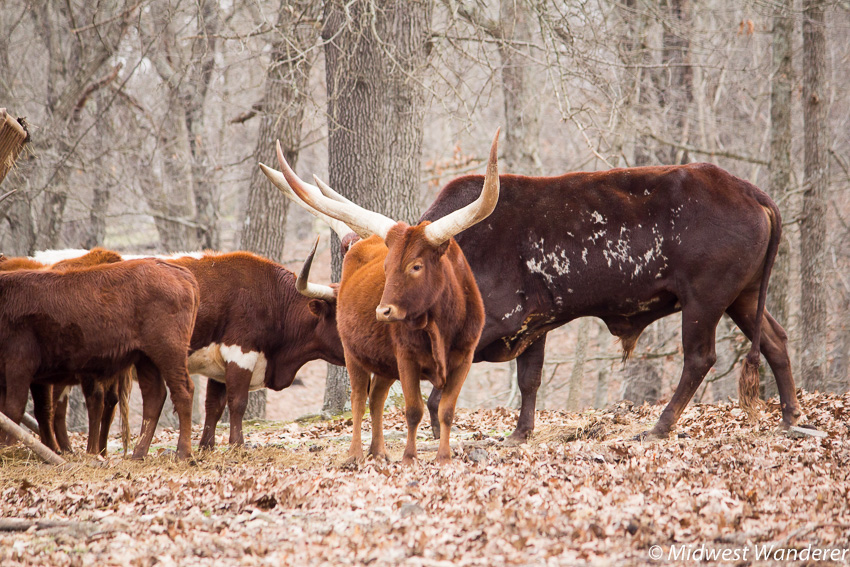 Over 70 species of animals live at the Wild Animal Safari. I was familiar with most of the animals, but I don’t ever remember seeing a zebu before. The zebu originated in south Asia. 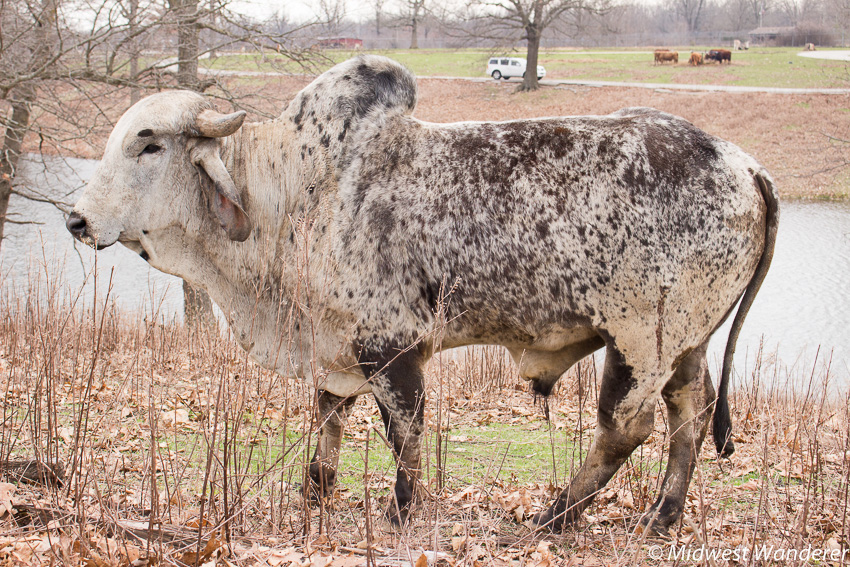 Other animals, like bison, are indigenous to the United States. 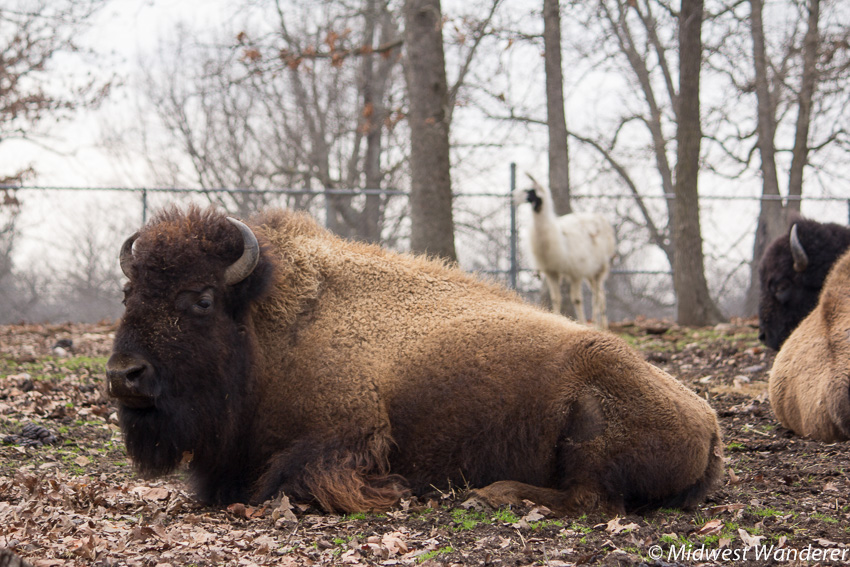 I admit that having the animals come right up to the car was a lot of fun, but we were a tad nervous about the car injuring them as we moved on. They seem to know, though, that when the car starts moving they need to back off.

Besides the driving portion of the Wild Animal Safari, you can see other smaller animals like lemurs, as well as some not-so-small animals in the zoo-like portion of the park near the gift shop. 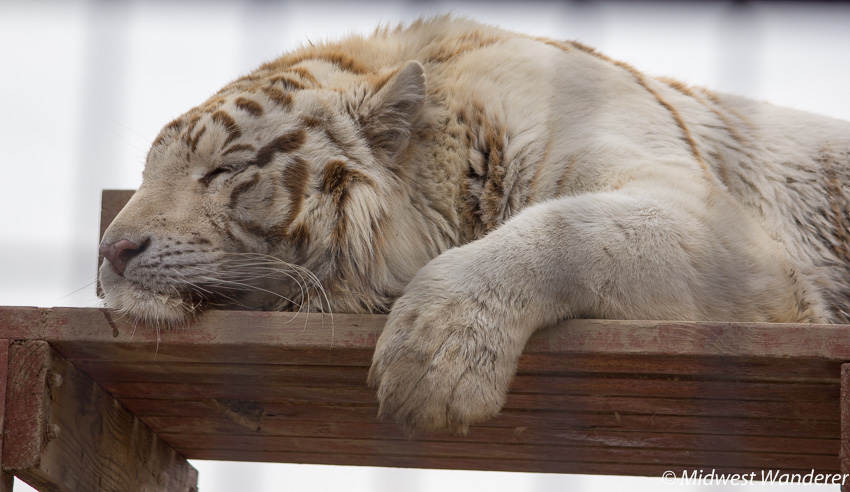 Wild Animal Safari is located in Strafford, Missouri, about 18 miles from Springfield. The park is open every day of the year except Christmas, weather permitting. Check the web site for exact hours, admission rates and other details.

Disclosure: Our visit to Wild Animal Safari was hosted by the Springfield Missouri Convention and Visitors Bureau and Wild Animal Safari, but any opinions expressed in this post are my own. Photos by Skip Reed and Connie Reed.

5 thoughts on “Driving through the Wild Animal Safari”

Howard Steamboat Museum in Jeffersonville, Indiana, pays tribute to the Howard family and their steamboat building company. The tour combines a history of the ornate Edmonds and Laura Howard mansion and the shipyard located across the street, which the Howard END_OF_DOCUMENT_TOKEN_TO_BE_REPLACED