Pease’s Candy has been a staple in Springfield, Illinois, since 1930. The chocolate company still uses many of the same recipes for their confections that they’ve used for a hundred years. Folks who live in the Springfield area are bound to be familiar with the pink box filled chocolate goodness, but you don’t even have to visit Springfield to enjoy this local tradition. 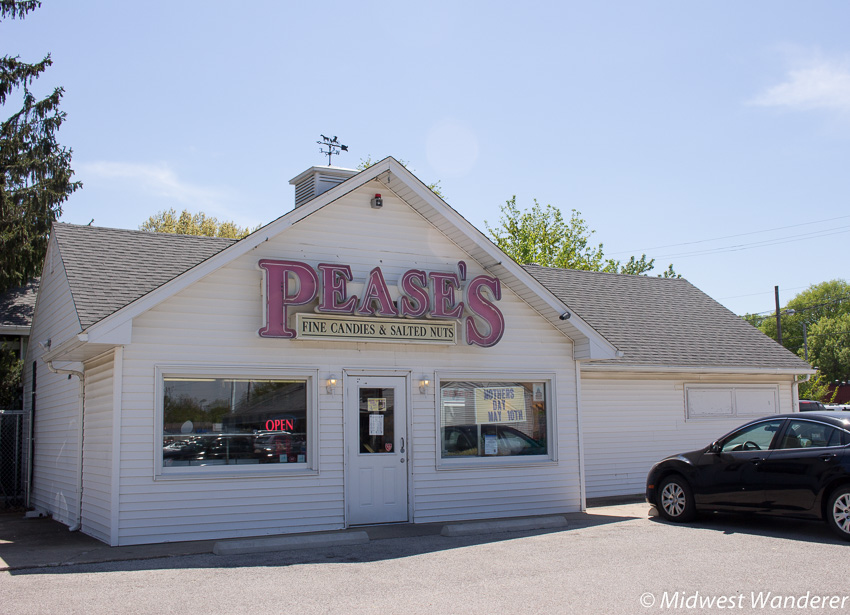 The Pease family was in the chocolate business even before settling in the Springfield area. We visited with Rob Flesher, fourth generation of the Pease family, in the main store at State and Laurel. While we savored the chocolate aroma that fills the shop, Rob filled us in on the company’s history.

A watch maker by trade, Martin Pease, Sr. made candy in his Canton, Ohio, home as a hobby in the early 1900s. His watch profession moved him to Elgin, Illinois, where he also opened a candy store, but the history on the store is fuzzy. There is no documentation of it, only a photo showing the shop that shared a split-level building with a funeral home.

Documented history of the company began in 1917 in Bloomington, Illinois, where Pease took another job and then went into the candy business full time. His six sons joined him in the business as they grew up.

Then the Great Depression hit. The company could no longer support the entire family, so Pease set up his two youngest sons with their own candy stores, one in Decatur and one in Springfield.

The Springfield shop went to the youngest son, Martin Pease, Jr., who was somewhat of the family’s black sheep. Sugar was rationed during the Depression to two pounds per week. The candy recipes use 20 to 40 pounds of sugar each. It wasn’t long before Pease made connections to buy sugar on the black market. Still, it was tough going. Candy was a luxury during the Depression, and business was slow. Martin, Jr. said he had to make two sales a day. The first bought the next day’s ingredients; the second bought dinner. If he didn’t make that second sale, dinner was leftover candy.

The Springfield store eventually was purchased by Martin Jr.’s nephew, Bob Flesher, who ironically, was the son of Martin Sr.’s only daughter, the only child not involved in the initial business. Bob took on a partner, candy maker Don Anderson. Today Pease’s Candy is co-owned by Bob’s son Rob and Don’s son Doug.

Pease’s Candy has expanded over the years, adding or closing shops as the economy dictated, and adding a manufacturing and warehouse facility. They’ve also partnered with a St. Louis company to produce some of their goods. The St. Louis company uses Pease’s recipes and candy making methods to ensure the confections maintain Pease’s traditional quality. 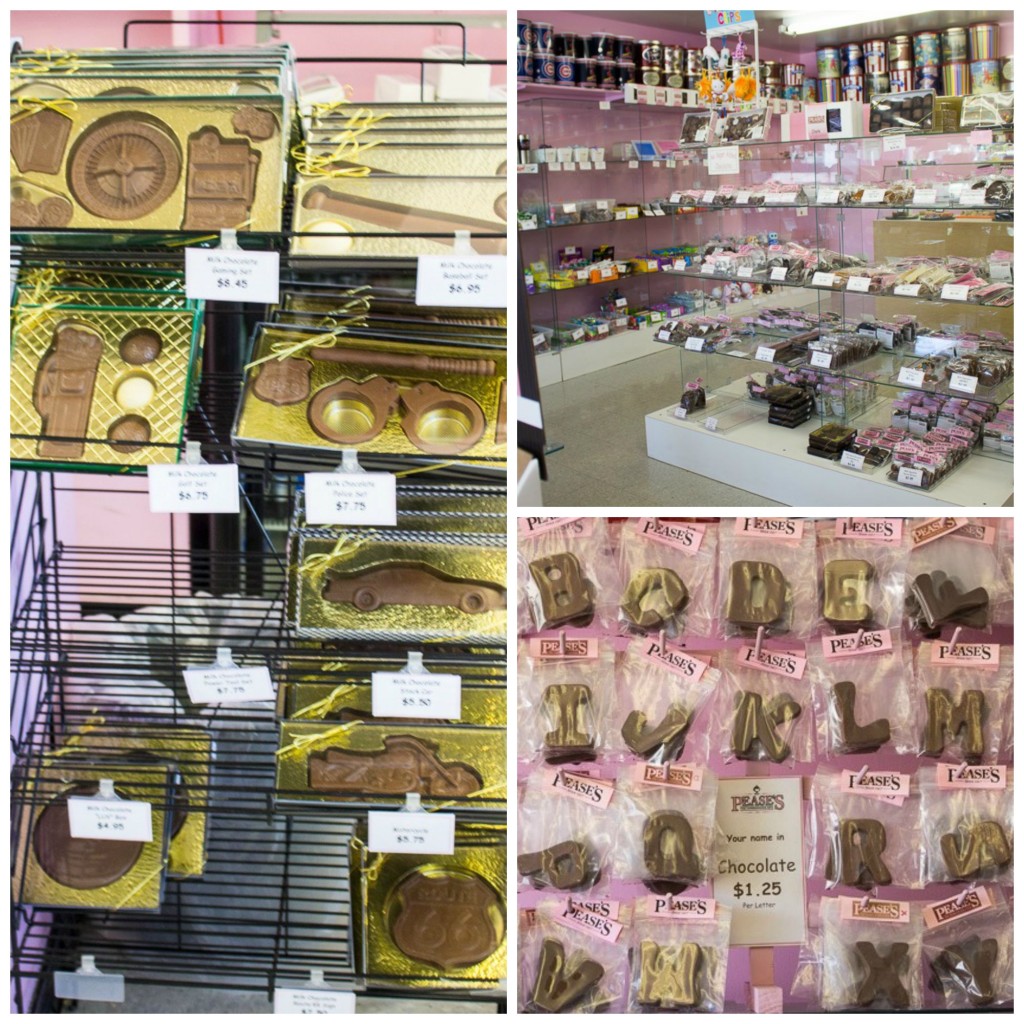 Today and the Future

Will the candy tradition continue in the family? It’s hard to say. Rob Flesher’s daughter, a college student, is involved in the business, including in some of the decision making. Whether she, the fifth Pease generation, continues to follow in the footsteps of the family tradition is yet to be seen.

You don’t have to live or even visit Springfield to enjoy Pease’s Candy. Pease’s confections and popcorn is sold in grocery stores and specialty shops throughout central Illinois, as well as on their online store.

Disclosure: Our visit to Springfield, Illinois was hosted by the Springfield Convention & Visitors Bureau. However, all opinions in this article are my own. Photos by Skip Reed.

Before this summer, I knew little about Wild Bill Hickok. Then, within just a few weeks, we visited three places within Kansas and Illinois that all shared Hickok stories—quite a coincidence. I learned several fascinating facts about him. Here are END_OF_DOCUMENT_TOKEN_TO_BE_REPLACED