If you’re thinking I’m talking about Lombard Street in San Francisco, you’re wrong. The crookedest street in the world is Snake Alley in Burlington, Iowa.

Editor’s Note: We updated this article April 2022 to include this video of a drive down Snake Alley. It was originally published in 2015. 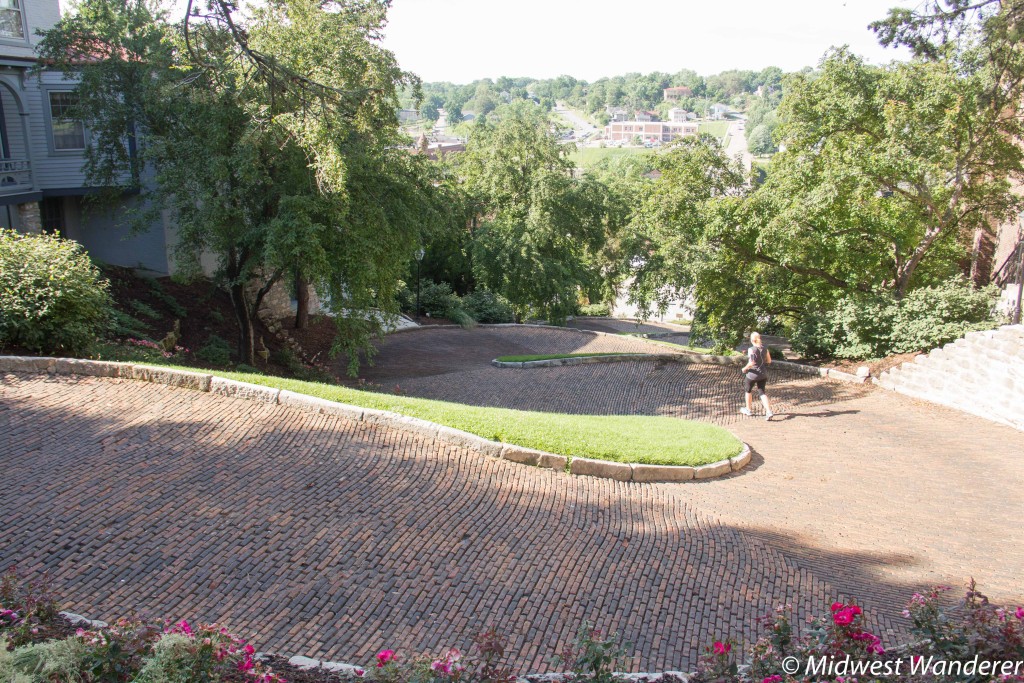 Snake Alley was built as an experimental street design in 1894 in an attempt to find a shorter route from the Heritage Hill residential neighborhood down to the business district, 58.3 feet below. Locally-fired blueclay brick was laid short-side up and at an angle to give horses better footing. Besides the five switchbacks, there are two quarter-turns in the road. Unfortunately, the road didn’t pass the experiment. It was too difficult to navigate the curves with a horse and buggy. But it makes a great tourist attraction today and is listed on the National Register of Historic Places. 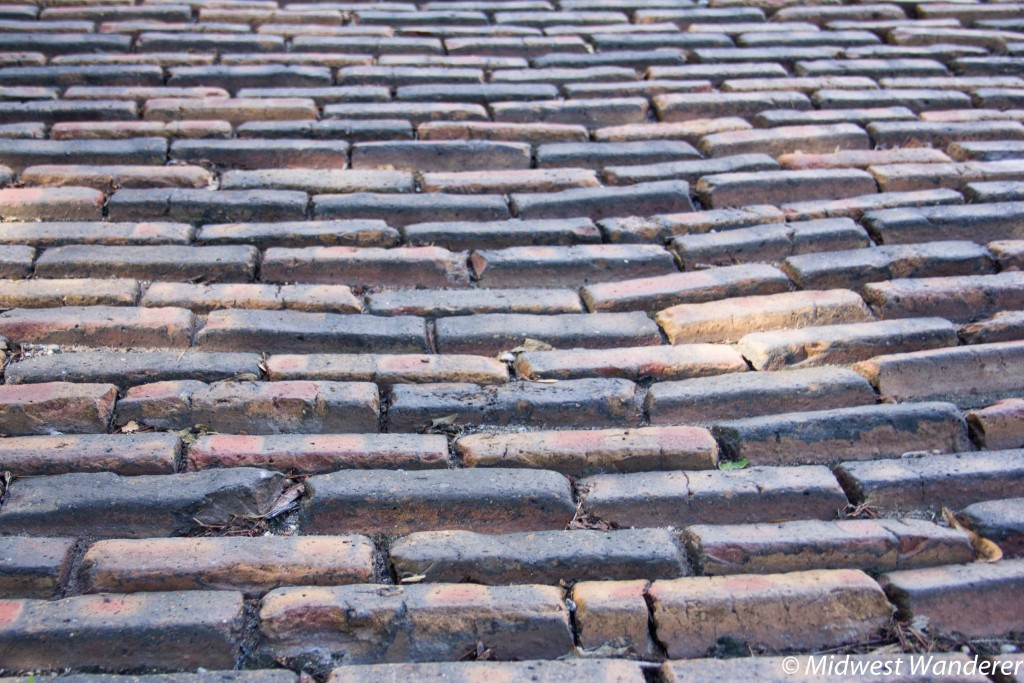 Snake alley is open to drive on. We drove on it several years ago when we visited Burlington. It’s a one-way street from top to bottom, so you don’t have to worry about passing cars on a curve. On my most recent visit, our group was touring in a large van, so we didn’t attempt to drive down the road. We walked it instead. 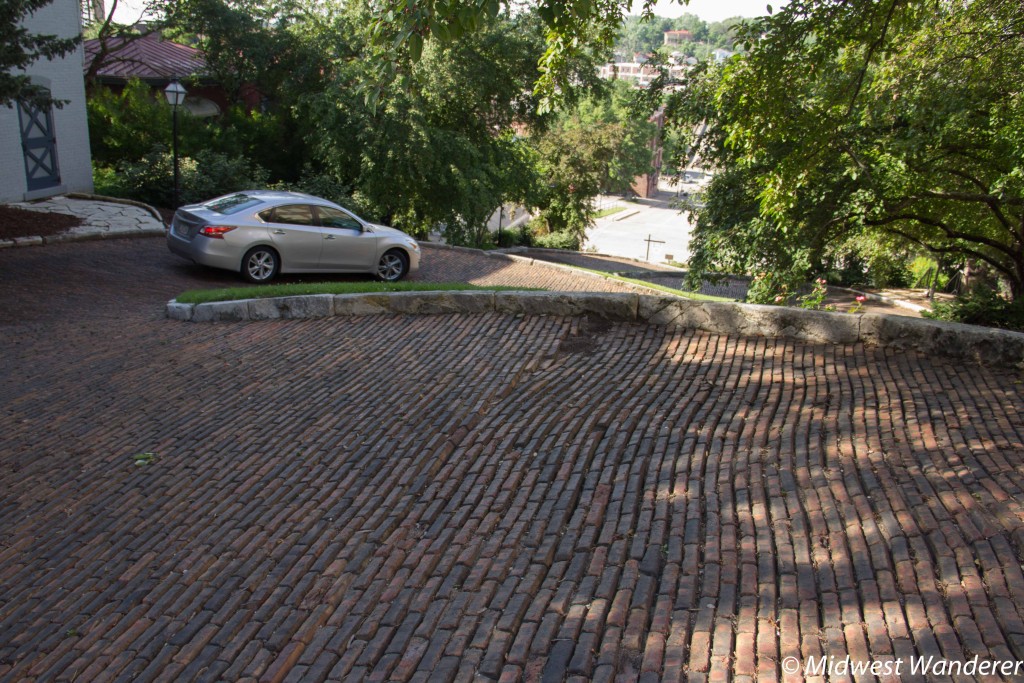 A quarter-block east of Snake Alley glimpse the only remaining limestone block alley in Burlington, referred to as Cobblestone Alley. No curves in this alley; it’s a straight shot down the incline. A chain across the entrance bears a “closed” sign, so I didn’t attempt to walk it. Besides, if I walked down, I would have had to walk back up. And I had just walked up the world’s crookedest street. 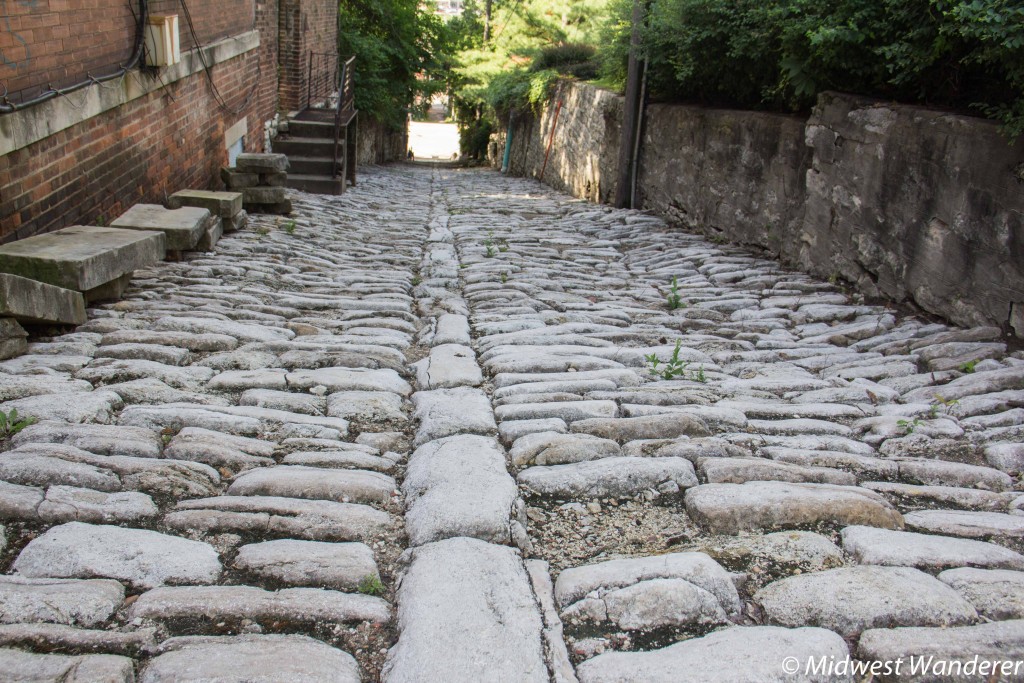 Snake alley is located in the 600 block of Washington Street Burlington, Iowa. 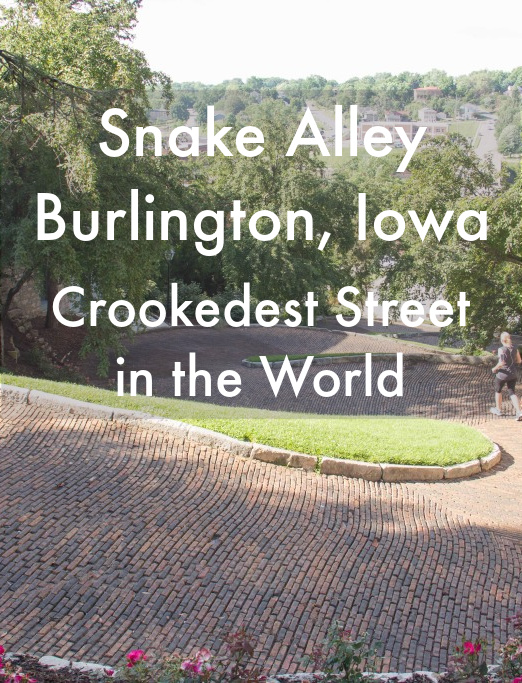 Disclosure: My visit to southeast Iowa was hosted by the Iowa Tourism Office, but any opinions expressed in this post are my own.

Thank you for reading Midwest Wanderer. Don’t miss a post. Enter your e-mail address to the right and click Subscribe to be notified whenever I publish another post. Subscription is FREE. After subscribing, be sure to click the link when you get the e-mail asking you to confirm.   – Connie

8 thoughts on “Snake Alley: The Crookedest Street in the World”

Before this summer, I knew little about Wild Bill Hickok. Then, within just a few weeks, we visited three places within Kansas and Illinois that all shared Hickok stories—quite a coincidence. I learned several fascinating facts about him. Here are END_OF_DOCUMENT_TOKEN_TO_BE_REPLACED