Sock monkeys got their start here. It was home to one of the best teams in the All-American Girls Professional Baseball League. Its original name was Midway. These are some of the fascinating facts I learned about Rockford, Illinois, when I visited the Midway Village Museum. 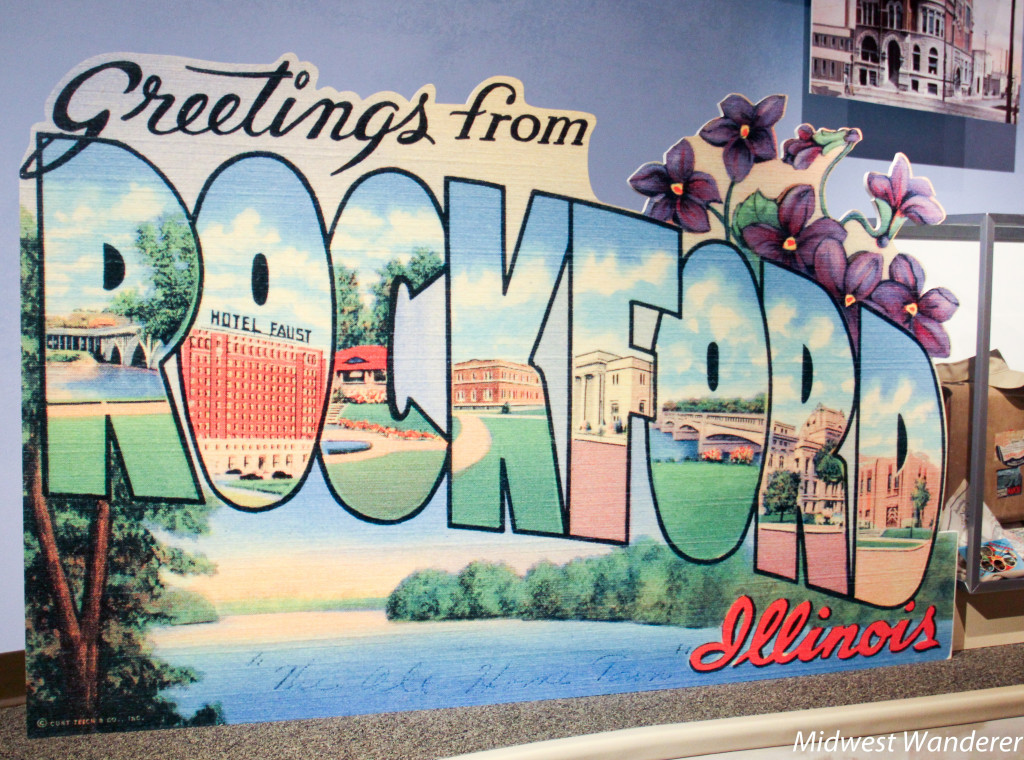 The museum includes indoor exhibits that focus on Rockford’s history and an outdoor Victorian-era Village living history museum made up of 27 buildings, some dating back to the 1800s.

Rockford, Illinois’ third-largest city was originally called Midway because it was the half-way point between Chicago and Galena. Located along a portion of the Rock River that was shallow enough to wade across, called a ford, the early settlement soon became known as Rockford.

Industry was big in Rockford. Furniture crafted by Swedish immigrants in the late 1800s grew Rockford into the second largest furniture manufacturing area in the country. Industry further evolved into machinery manufacturing in the 20th century.

Those knitted socks with the red heel that are often turned into sock monkeys were first manufactured by the Nelson Knitting Company in Rockford in the 1870s. Today Rockford holds the title “Home of the Sock Monkey,” and celebrates with a Sock Monkey Festival every March. 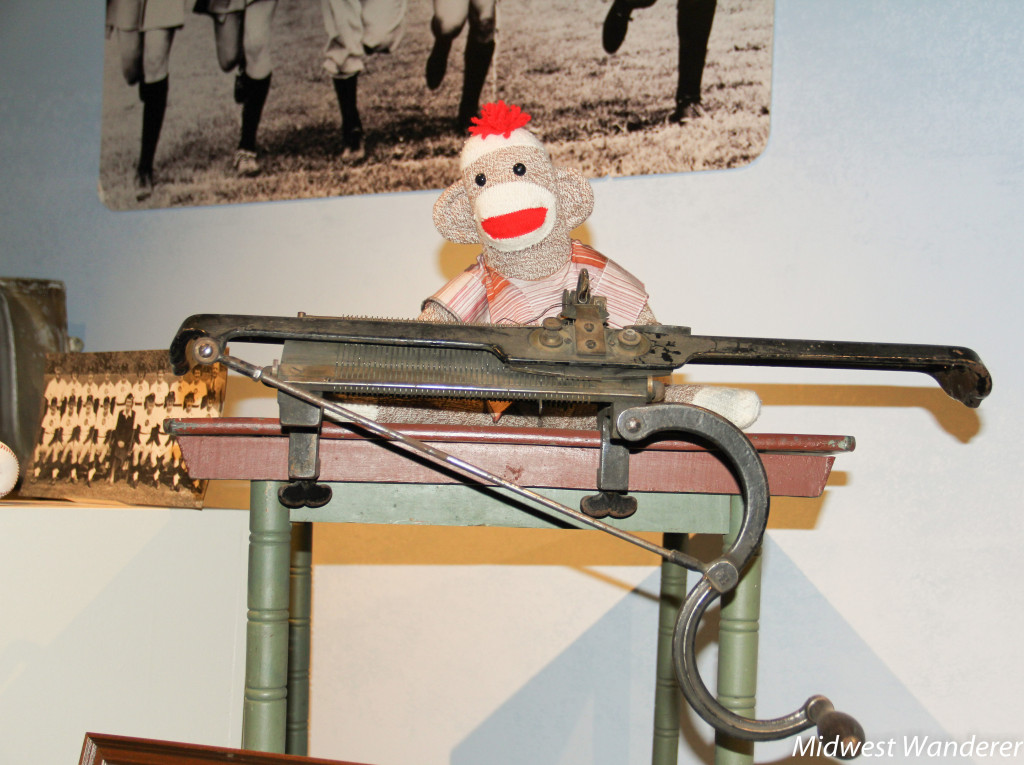 To keep people interested in baseball while many of the best players were in the armed services during World War II Chicago Cubs’ owner Philip K. Wrigley started a women’s league. The Rockford Peaches, highlighted in the A League of Their Own movie starring Tom Hanks, was one of the first four teams in the league and one of the best.

In one of the newer exhibits, “Many Faces, One Community” facades of businesses make up an early Rockford street. Placards depict how individuals from various ethnicities blended to make Rockford one community. 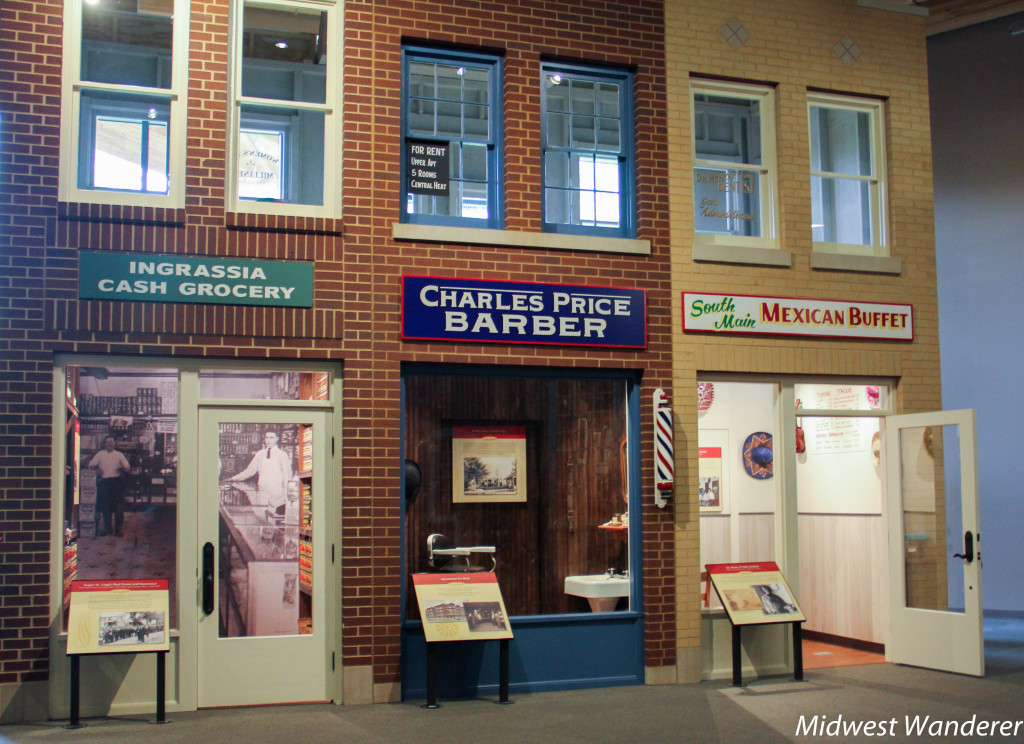 Our docent, Cathy, who was a wealth of knowledge, took us on a tour of several of the buildings that make up the Victorian Village. In the general store, she pointed out the small size of original baseball mitts. 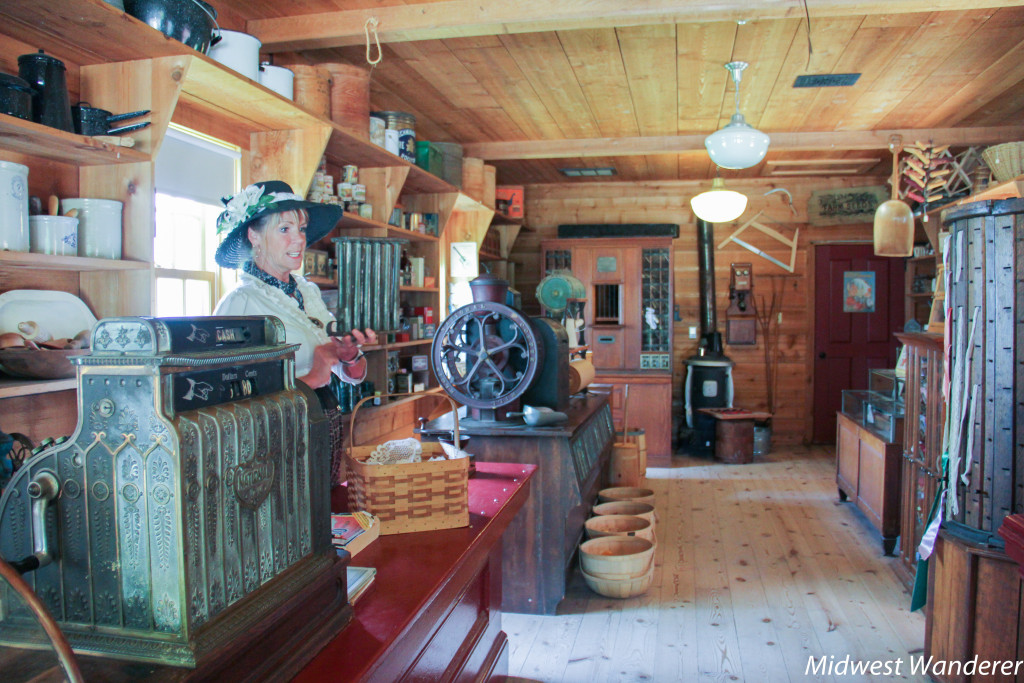 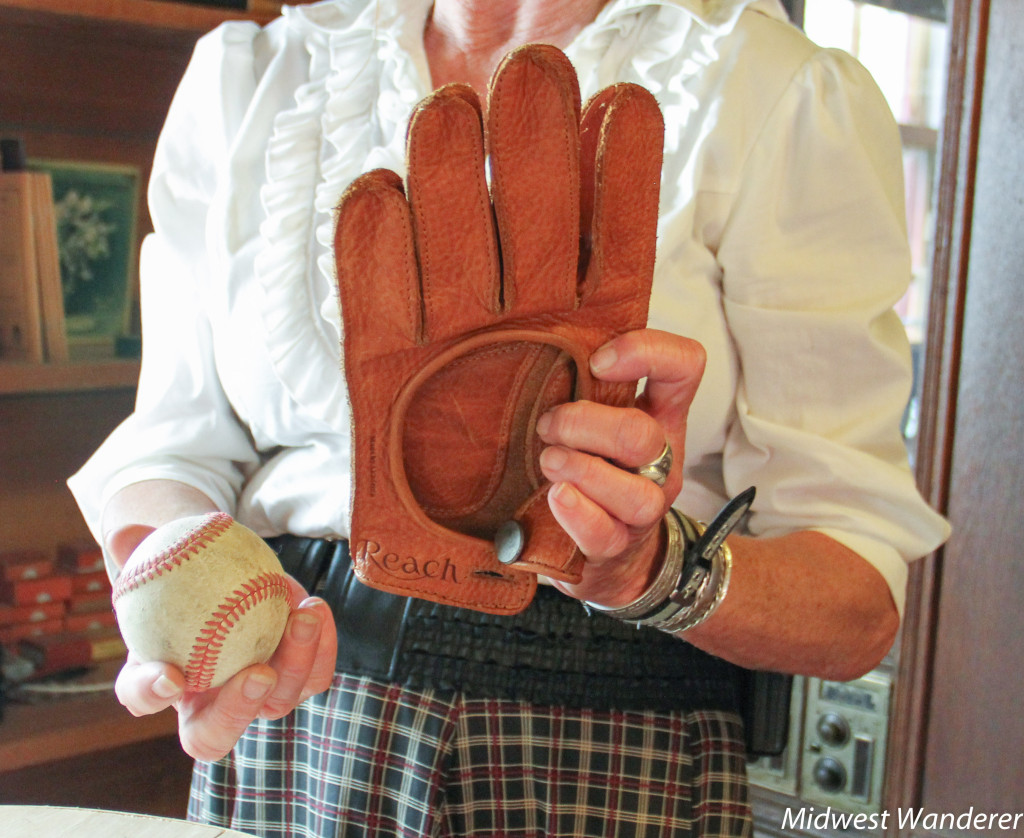 In the one-room schoolhouse, which was used until the 1970s, I tried to use stilts. I could barely stand on them, let along walk. 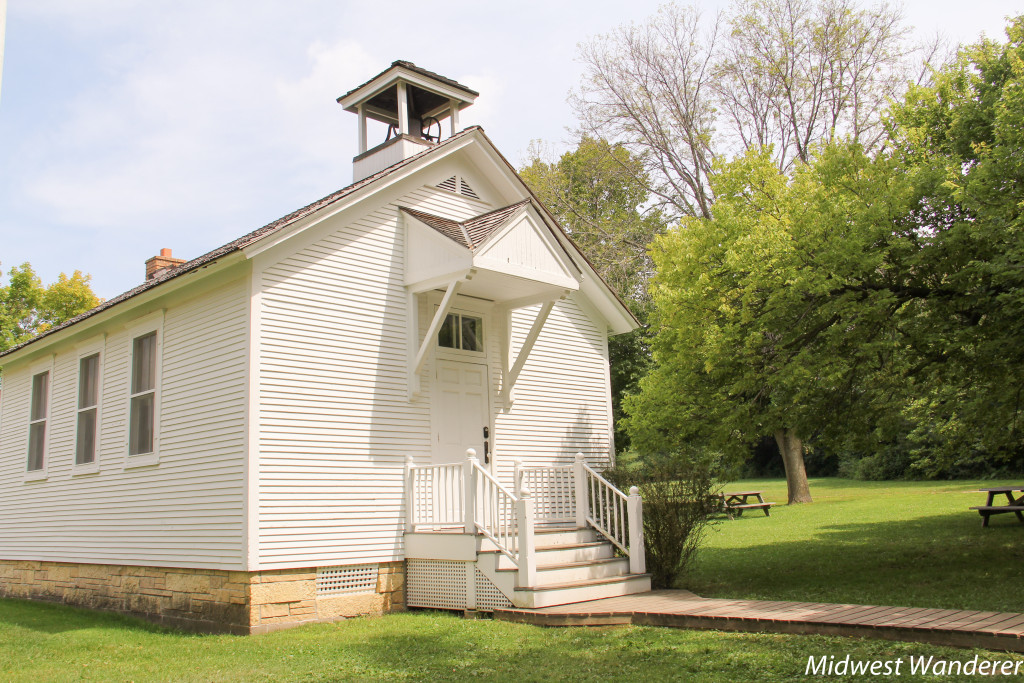 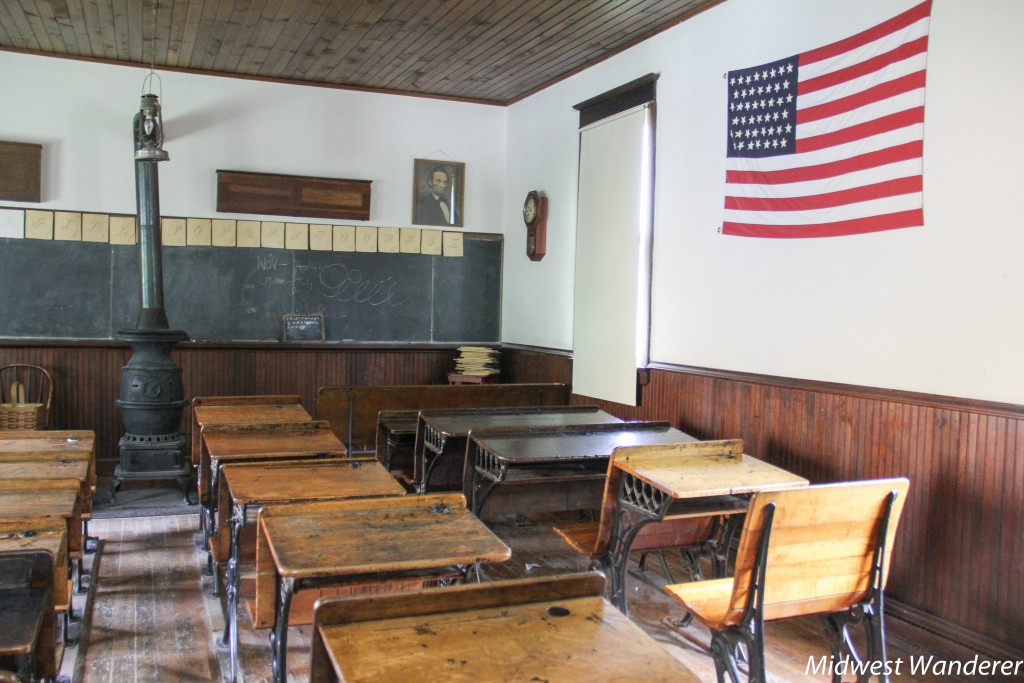 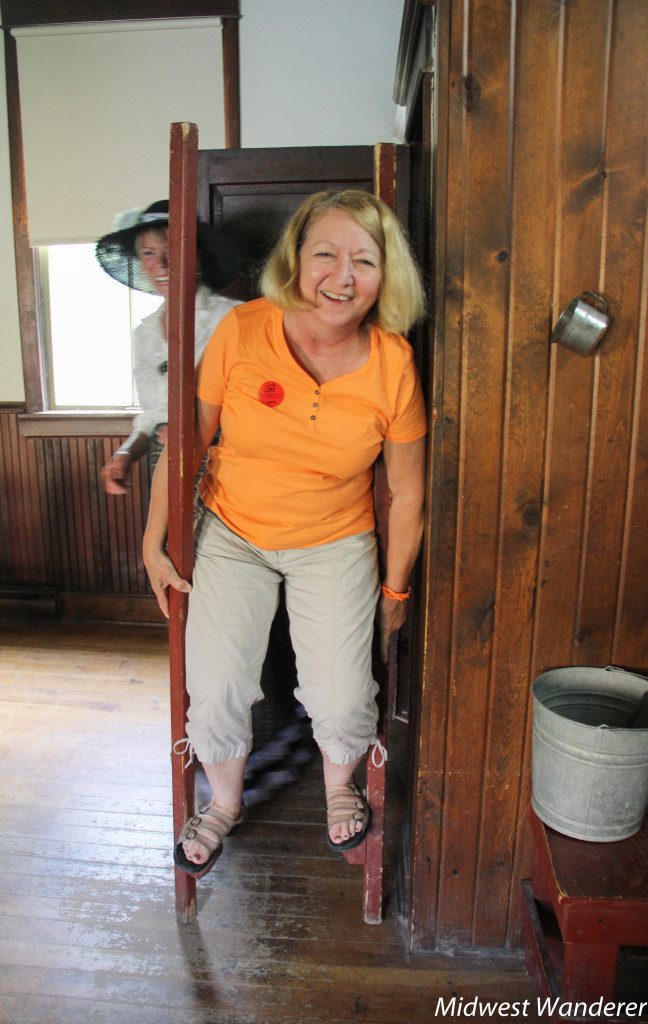 The day’s water was pumped from the well. 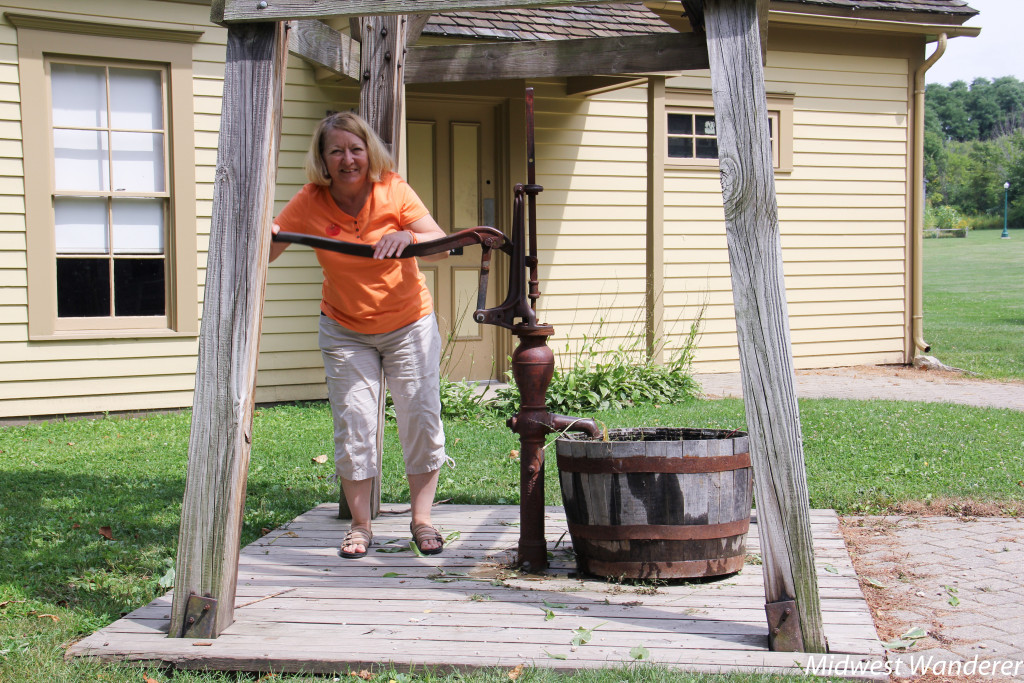 Although the words “graveyard” and “cemetery” are used interchangeably today, graveyards were actually adjacent to a church, and cemeteries were at the edge of town. This graveyard is next to the beautifully restored Midway Village Community Church. 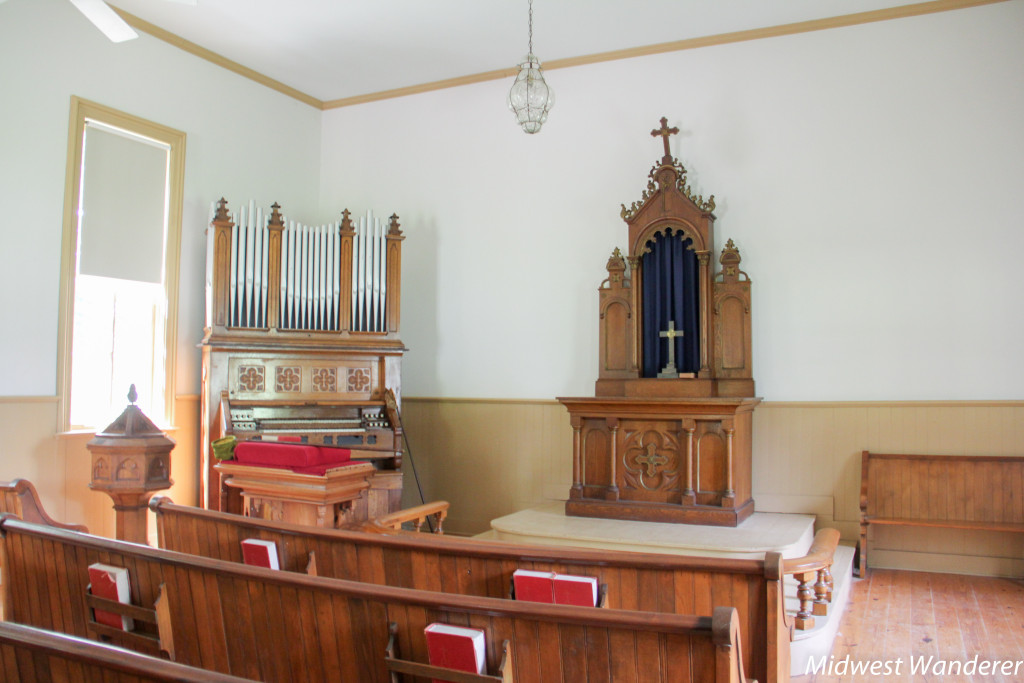 The hospital is a three-quarter size reproduction of the original. The walls were stark white, an idea taken from Florence Nightingale who determined that a bright environment lifted patients’ spirits, which in turn led to faster healing. 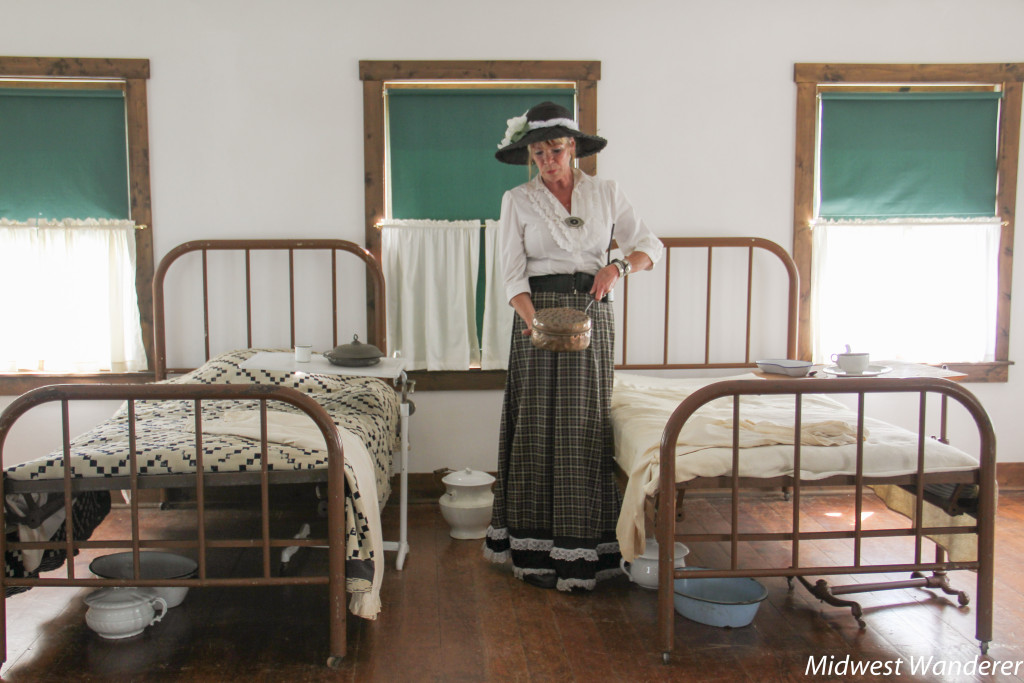 Other buildings in the Village include a Millhouse replica and the Old Dolls’ Museum, a collection of dollhouses that represent countries around the world.

The Midway Village Museum is located at 6799 Guilford Road in Rockford. The indoor museum is open year-round. The Victorian-era Village is seasonal. Check the web site for dates, hours and further details.

Before this summer, I knew little about Wild Bill Hickok. Then, within just a few weeks, we visited three places within Kansas and Illinois that all shared Hickok stories—quite a coincidence. I learned several fascinating facts about him. Here are END_OF_DOCUMENT_TOKEN_TO_BE_REPLACED