The federal government built the lighthouse in 1866. At that time Kenosha was known as Southport. Two other lighthouses preceded it, one built in 1848 and a larger one ten years later, which deteriorated quickly. The keeper’s cottage was built in 1867, and an addition was put on in 1908. There were other additions to the Southport Lighthouse after that, but they were removed as part of the restoration project. 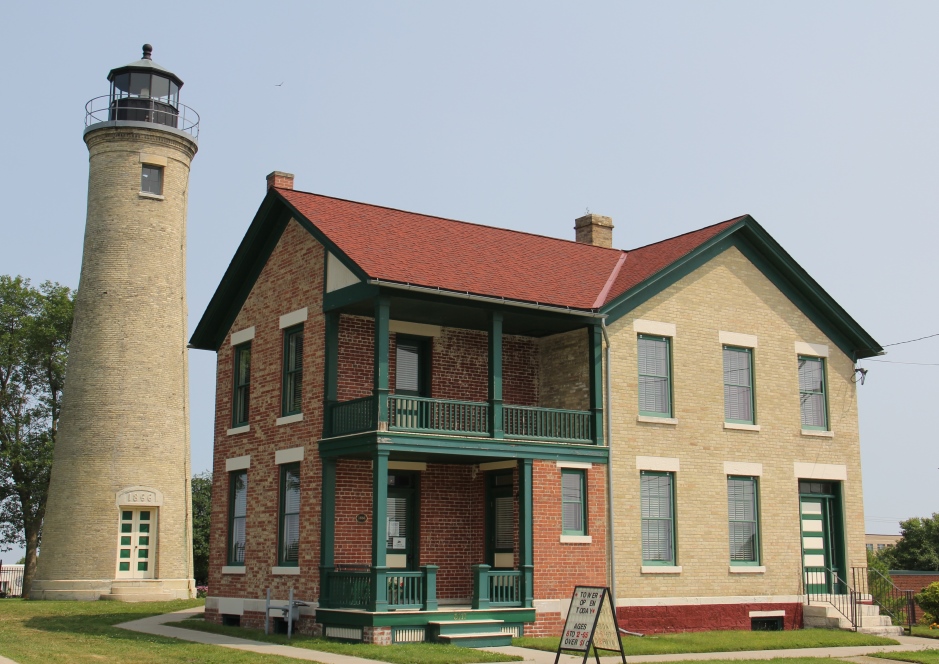 The kitchen on the first floor of the keeper’s cottage is decorated and furnished as it would have been in 1908. The rest of the first floor has museum exhibits that cover the history of the lighthouse. A Fresnel lens on display is the size and type originally in the tower. Before electricity, kerosene powered the lighthouses. 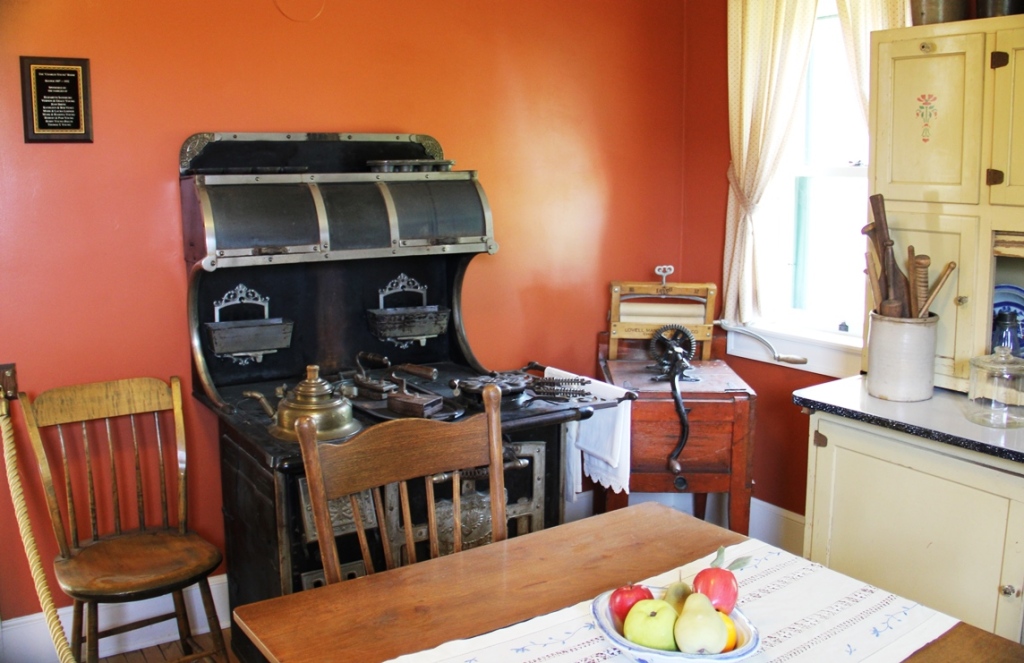 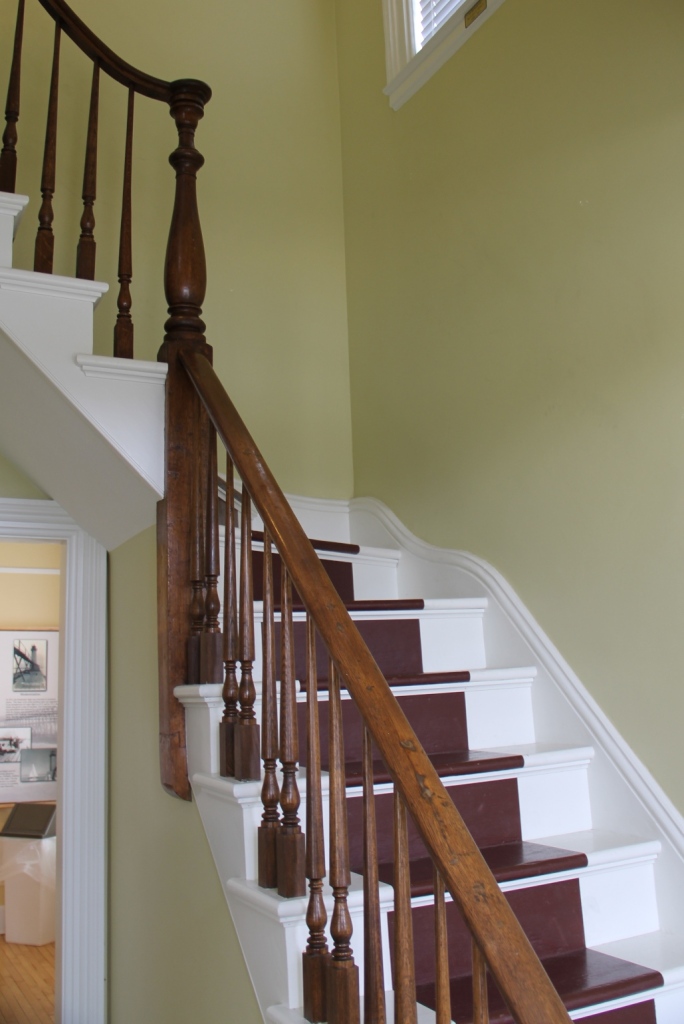 A bedroom upstairs is restored with period furniture. The outside wall of the room demonstrates the before and after of the 1908 addition. 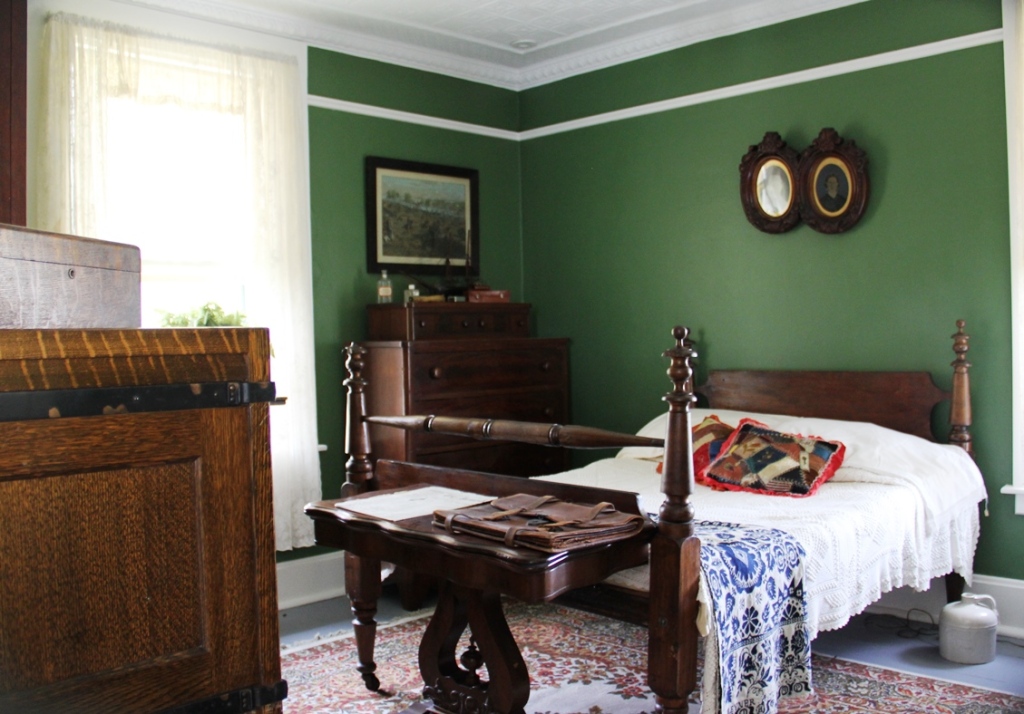 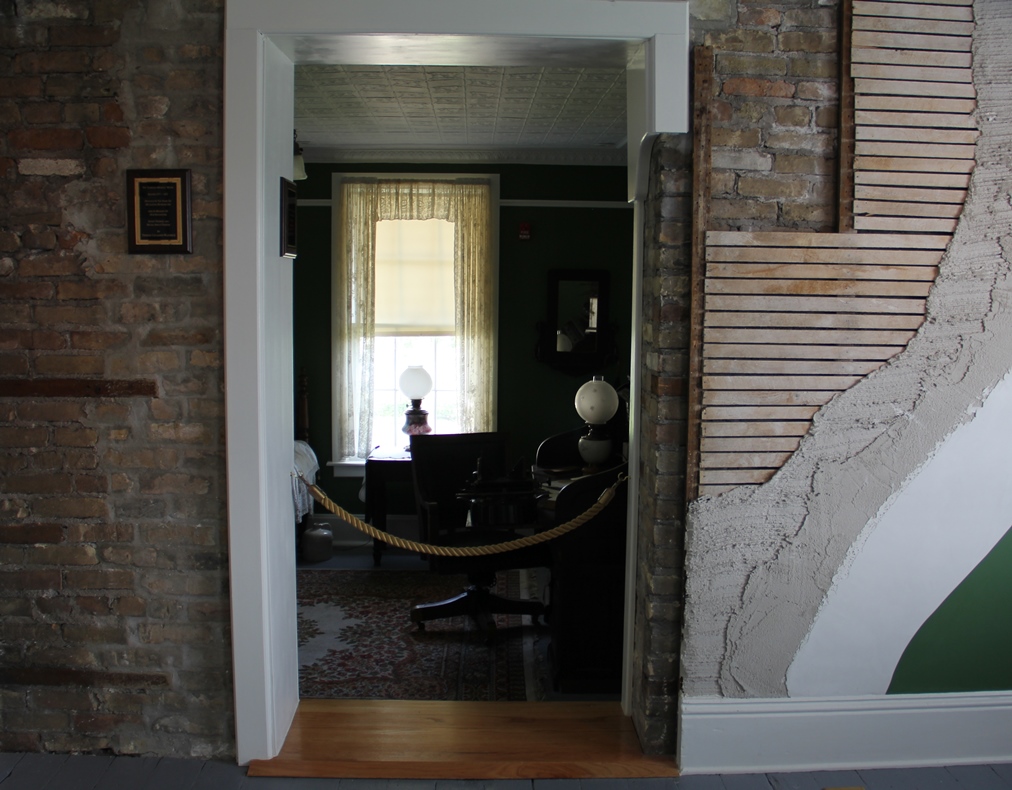 Another room covers shipwrecks and specifically, the SS Wisconsin, which went down in 1929 six miles southeast of Kenosha. Nine people lost their lives in the tragedy. The room includes a model of the SS Wisconsin built by lighthouse attendant Ronald Luttrell. 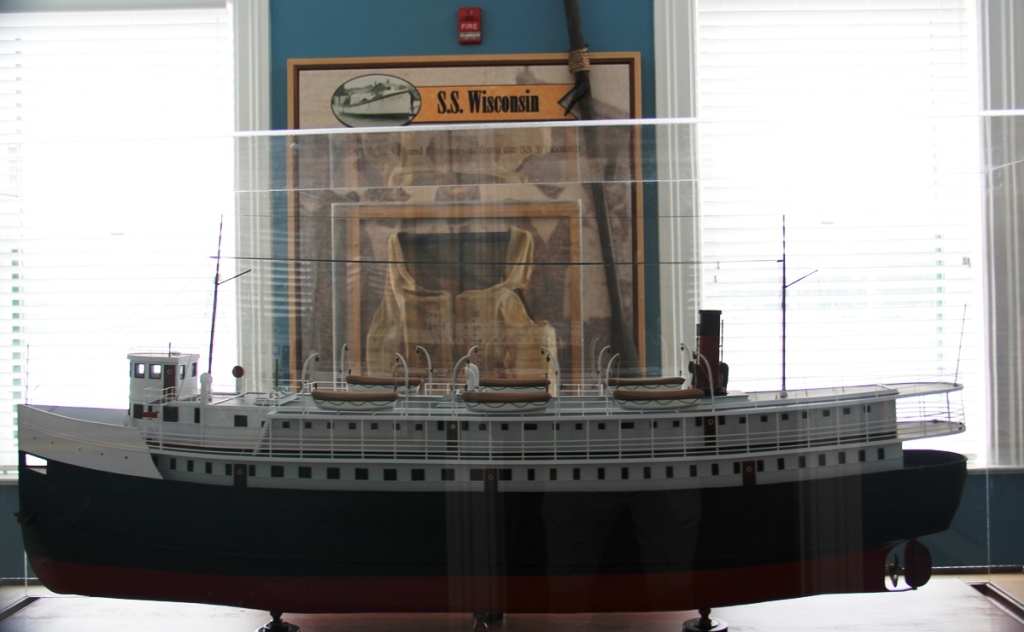 The detached lighthouse, constructed of Milwaukee Cream-City brick, is all original except for the doors, which are exact copies, and the light, which is now automated. 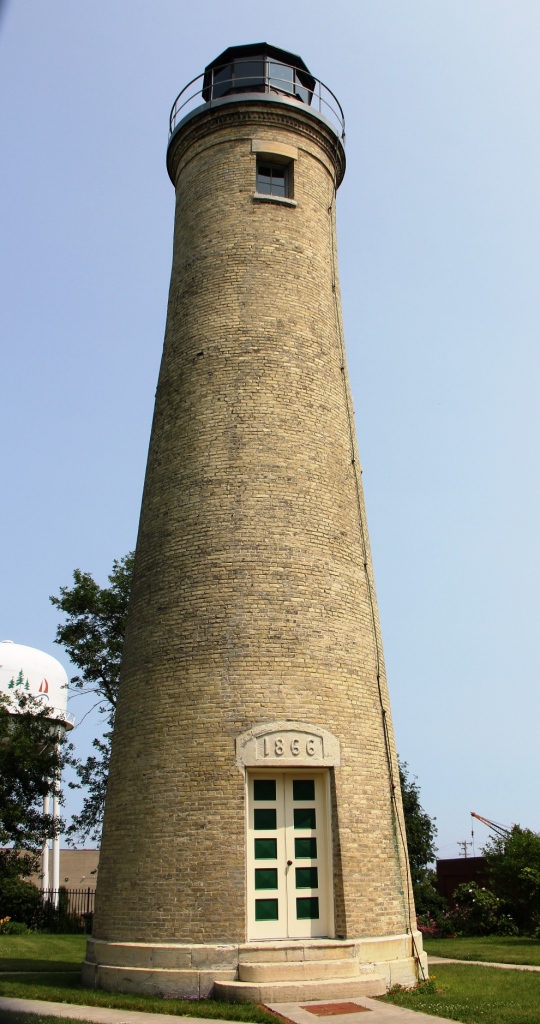 Climb the 72 steps up the winding open-work steel staircase that’s as much a work of art as it is functional. 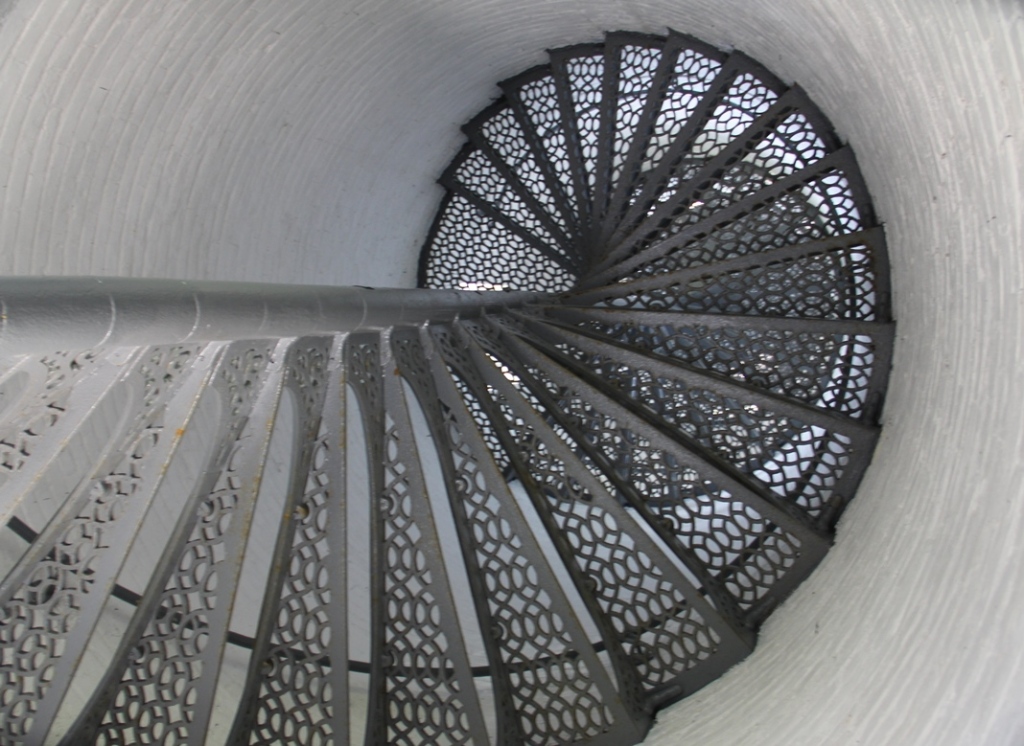 Peek out of the porthole on the third landing for a preview of the beach scene you’ll see when you get to the larger windows at the top. 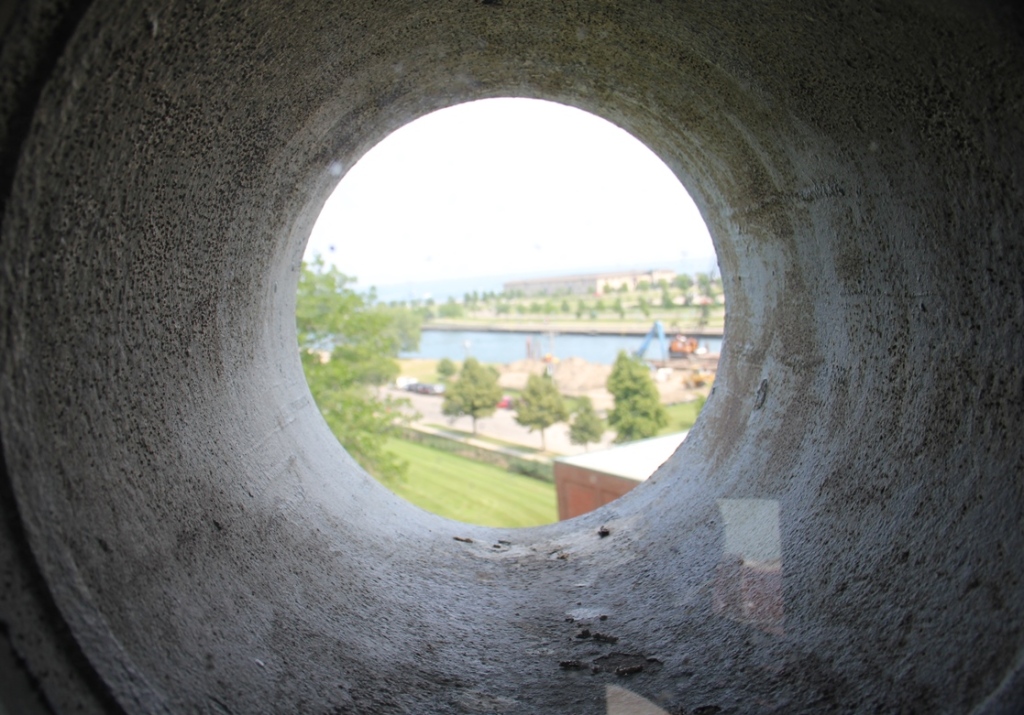 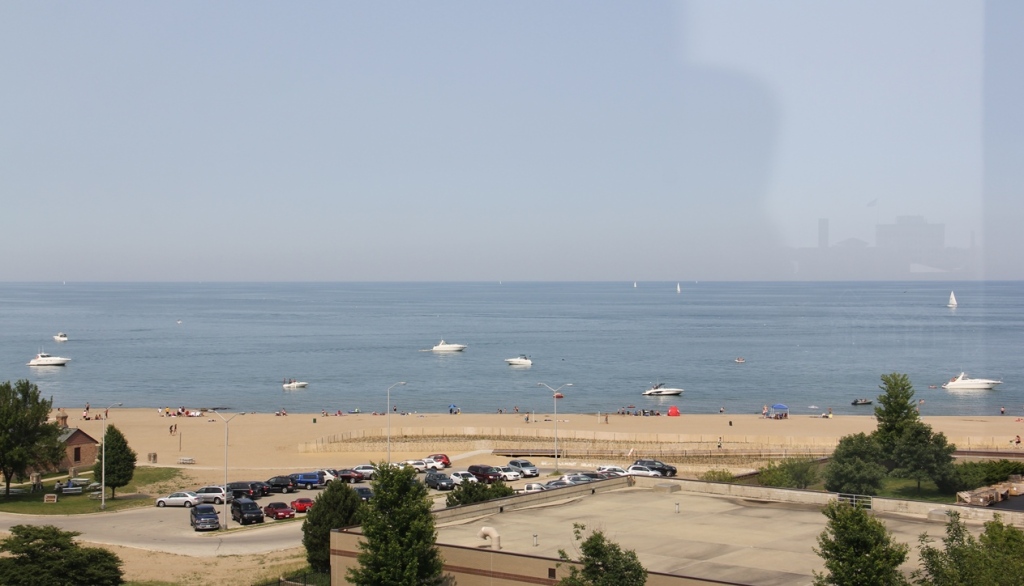 The Southport Lighthouse was decommissioned in 1906 when a new lighthouse was built on the north pier of Kenosha’s harbor. However, the keepers of the new lighthouse continued to live in the existing keeper’s cabin. The building was almost razed in the 1950s,. Thankfully, local residents convinced the government to transfer ownership to the City of Kenosha, saving a piece of history.

If you visit the Southport Lighthouse

The Southport Light Station Museum, located at 5117 4th Avenue in Kenosha, Wisconsin, is open Fridays through Sundays from mid-May through October. Check the web site for exact hours and dates. The cost is $10 to climb the lighthouse, $2 suggested donation to visit the museum. 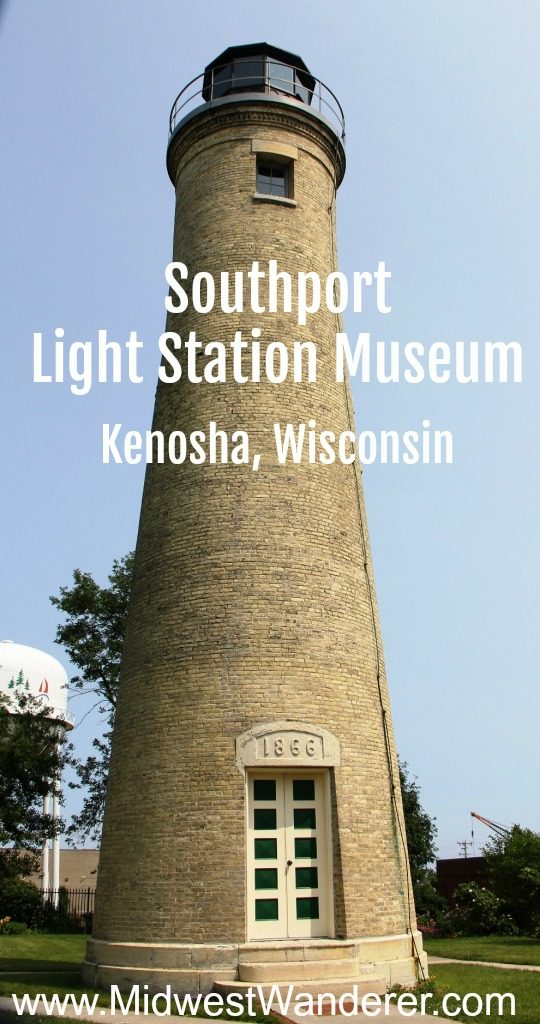 Disclosure: The Kenosha Area Convention & Visitors Bureau hosted our visit to the Southport Light Station Museum. However, any opinions expressed in this post are my own.

Thank you for reading Midwest Wanderer. Don’t miss a post. Enter your e-mail address below and click Subscribe to be notified whenever I publish another post. Subscription is FREE. After subscribing, be sure to click the link when you get the e-mail asking you to confirm. – Connie

Before this summer, I knew little about Wild Bill Hickok. Then, within just a few weeks, we visited three places within Kansas and Illinois that all shared Hickok stories—quite a coincidence. I learned several fascinating facts about him. Here are END_OF_DOCUMENT_TOKEN_TO_BE_REPLACED