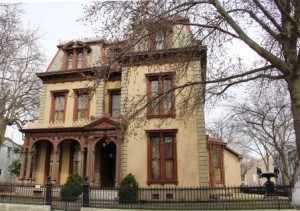 Walk into the Reitz Home, and you step back into the lifestyle of the wealthiest family in early Evansville.  Extensive use of stained glass, chandeliers, intricate inlaid wood floor patterns, Moorish doorway screens, and fireplaces of the finest materials like white onyx tell you that no ordinary family lived in this Victorian mansion.  Religious icons throughout the house tell more about the family, that they were devout Catholics.  This was the home of John Augustus Reitz, Prussian-born lumber baron and town philanthropist.  Mr. Reitz, his wife Gertrude, and eight of their ten children (two were married by the time the home was built in 1871) lived in the home. 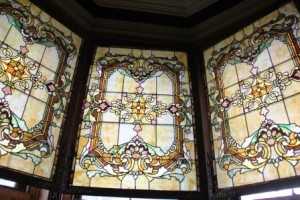 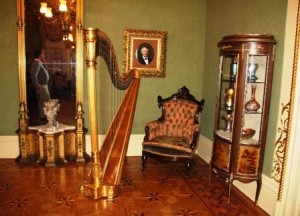 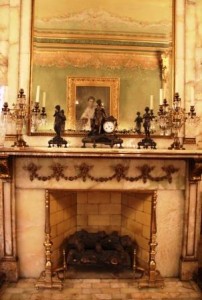 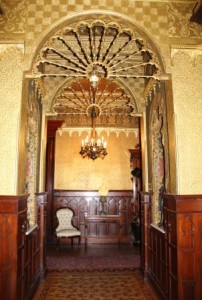 After John August and Gertrude passed on, the unmarried children continued to live together.  They redecorated the home and updated it with electricity and plumbing, including Evansville’s first toilet, still in the home. 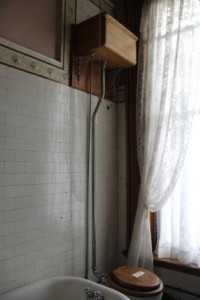 The last Reitz family member to die, Christine, had given many of the home’s contents to neighbors and staff members.  Two heirs donated the home itself to the Daughters of Isabella, and it eventually was sold to the Evansville Diocese and became home to Evansville’s first bishop. 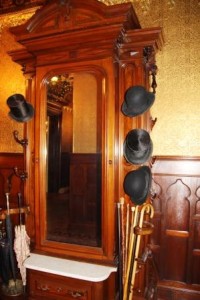 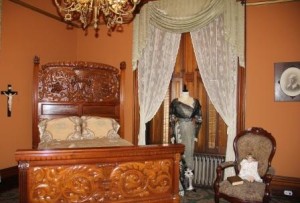 The major part of the restoration is completed, but as Matt Rowe, Executive Director of the Reitz Home Museum and Chairman of Evansville’s Historic Preservation Commission, pointed out, work on an old home is never finished.

Watch the video below to see more photos of the restored mansion.

After your tour of the Reitz Home, take a self-guided tour through the neighborhood where you’ll see more homes originally owned by Evansville’s elites and now restored or undergoing restoration.  Numerous Queen Anne homes are interspersed with  prairie,craftsman, and many other architectural styles. 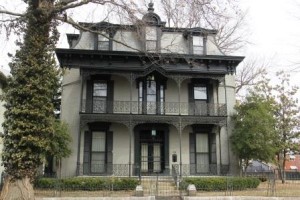 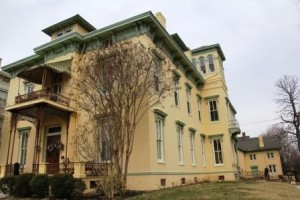 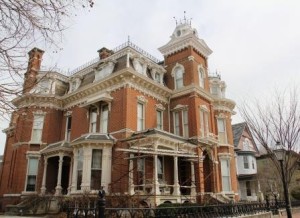 Carriage houses have been restored, too. 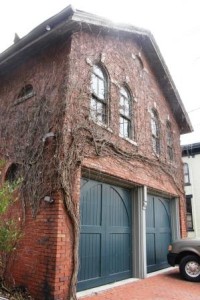 Just as the Reitz home, owned by a lumber baron, made extensive use of wood, the home built by the local brick baron used brick just as artfully, even in the sidewalk outside the home. 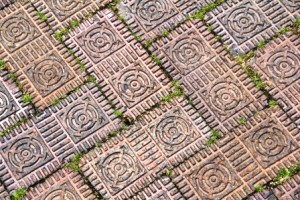 As we strolled on our tour, we were fortunate to be invited by Elaine, the current owner of the Fendrich home, to step inside to see the restoration progress.  John Fendrich, heir to the Fendrich Cigar Company and the original owner of the home, was married to one of the Reitz daughters.  The completely restored dining room, including the silver wall sconces, the parlor with its lovely fireplace and the kitchen with the original icebox are evidence of the meticulous detail that has gone into the restoration. 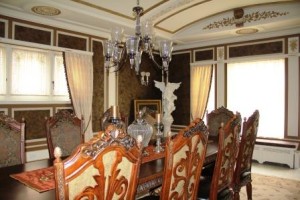 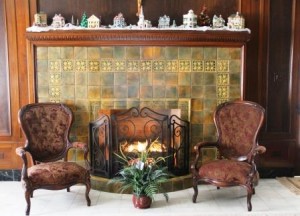 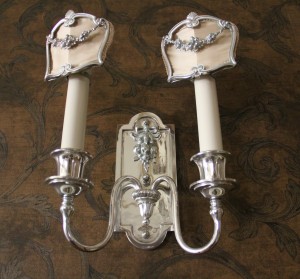 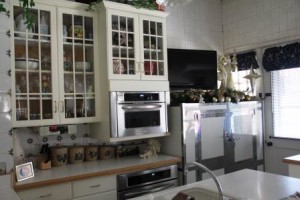 Preservation continues throughout the historic neighborhood, once run down with many of the homes turned multifamily, but now returning to its grand glory.

The Reitz Home Museum, located at 224 S.E. First Street in Evansville, Indiana, is open for tours Tuesday through Sunday.  Check the web site for hours and admission.

Disclosure:  My visit to the Reitz Home Museum and a tour of the surrounding neighborhood was hosted by the Evansville Convention & Visitors Bureau and Reitz Home Museum, but any opinions expressed in this post are my own.

Chateau Thomas Winery, Plainfield IN, Marks 30 Years in Business in 2014

Horseback Riding in the Rain at Natural Valley Ranch

Howard Steamboat Museum in Jeffersonville, Indiana, pays tribute to the Howard family and their steamboat building company. The tour combines a history of the ornate Edmonds and Laura Howard mansion and the shipyard located across the street, which the Howard END_OF_DOCUMENT_TOKEN_TO_BE_REPLACED