The term “film festival” always brought a picture to my mind of a series of artsy films with deep meanings I didn’t understand, mostly in non-English languages with subtitles. When I was invited to the Beloit International Film Festival (BIFF), I thought why not? I’m always up for a new adventure, I was curious, and I saw there was going to be a Grease sing-along on Saturday night.

Before leaving home, Skip and I reviewed the festival schedule. Over 50 films in eight venues were in the lineup over the three days we’d be attending. We watched all of the trailers for the each of the time slots on those days and chose our favorite from each, as well as an alternative. I was pleasantly surprised to find a wide variety of film genres and many I was sure we’d enjoy.

Our first selection, “Wisconsin from the Air” was a documentary travel film shot from a helicopter that zigzagged across Wisconsin from north to south highlighting landmarks and terrain. The film had very little narration, mainly music composed by Matthew Hollingsworth, who was on hand for a Q&A session following the film. The venue was a small auditorium in Beloit College’s Hendricks Center for the Arts.

The 7:30 p.m. slot was slated for the opening night block party, bigger than other years since 2015 is the BIFF tenth anniversary. A few films were shown at party time, but eight venues had live events instead. We chose to attend the “Casablanca” radio play performed by the JPAC Radio players at LaCasa Grande restaurant. It was held in a separate room from the main restaurant, with a separate entrance, where we climbed up to a balcony to watch. 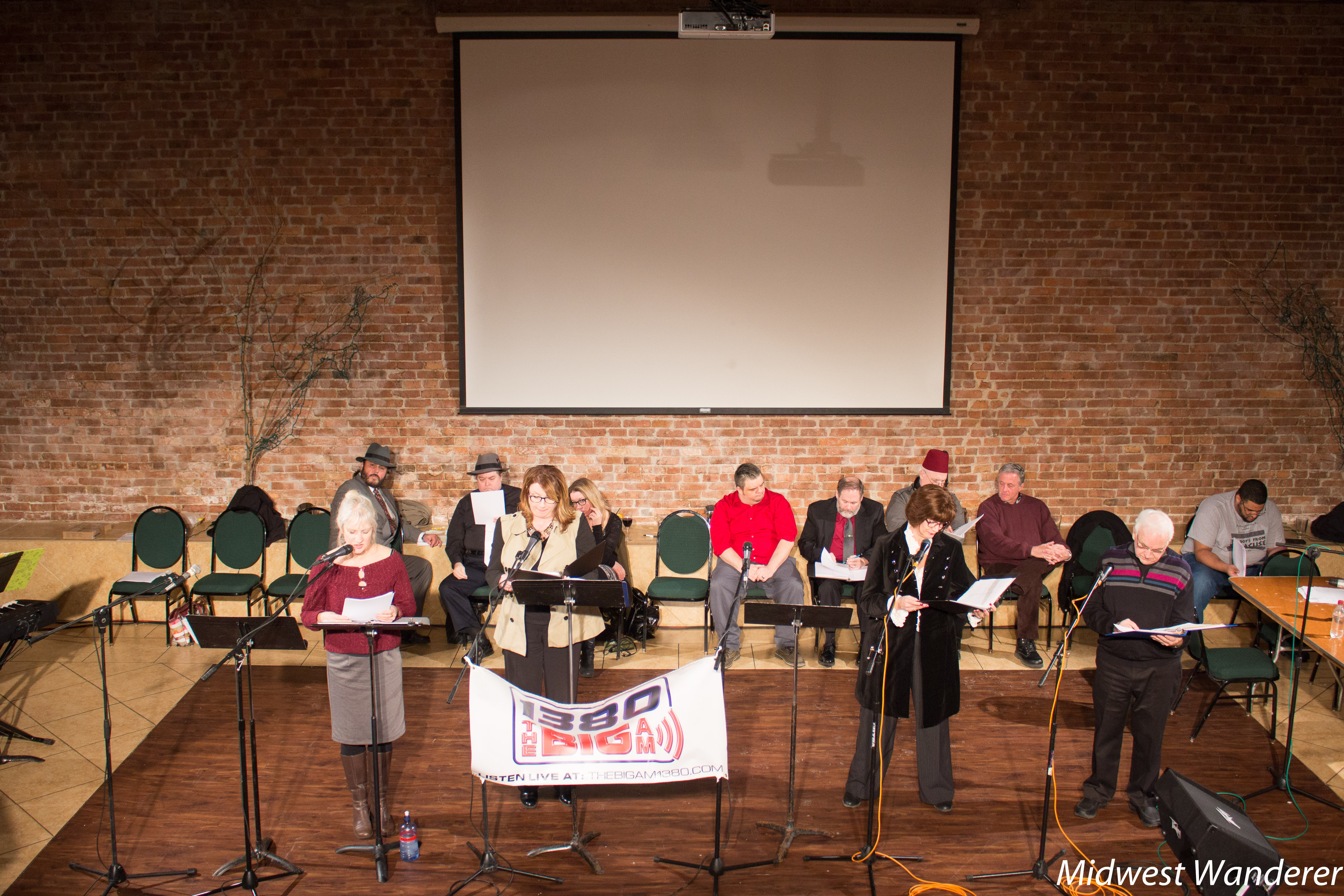 Afterward, we drove to Grand Avenue, the heart of downtown Beloit, where ice sculptors and flame breathers entertained on the street. 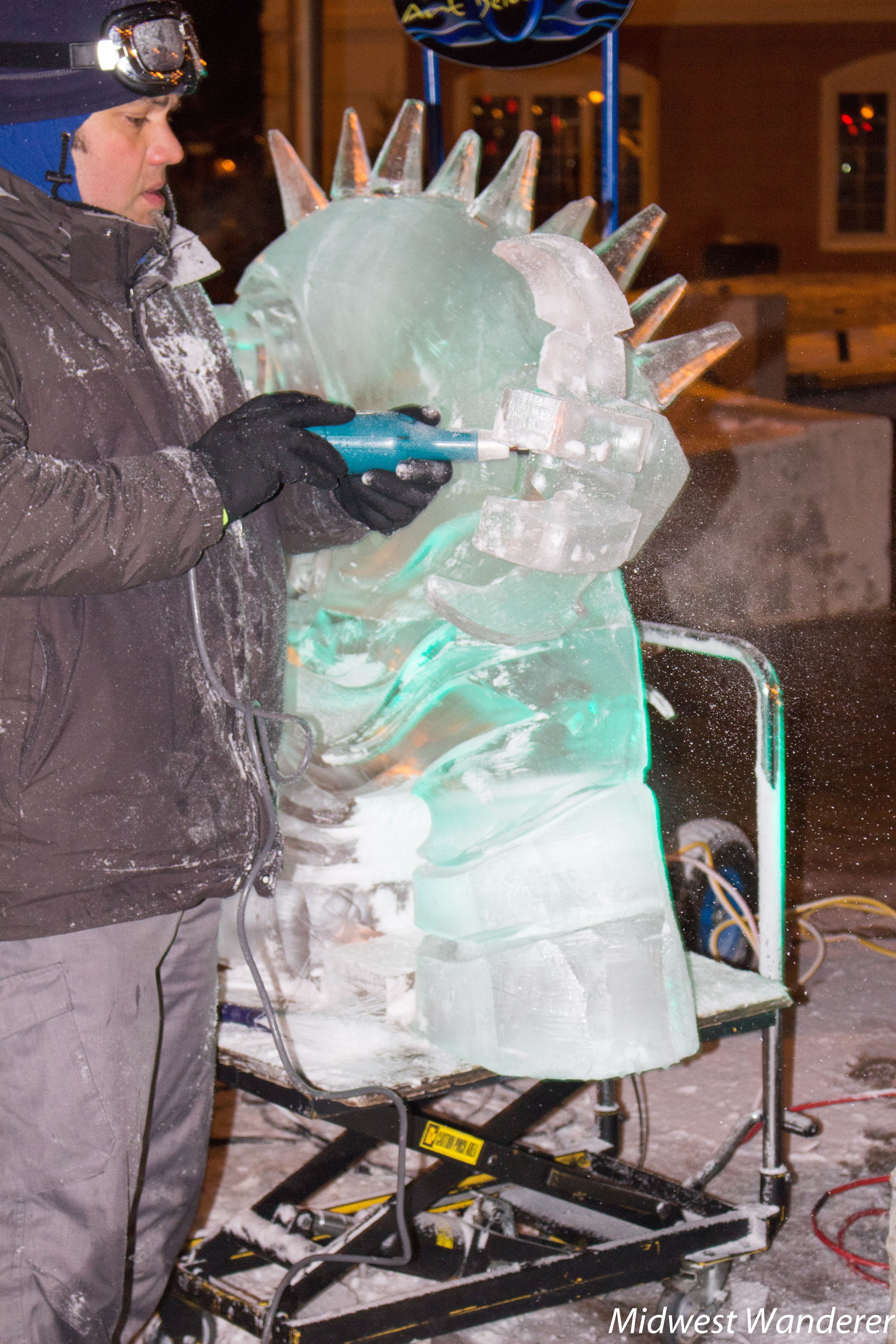 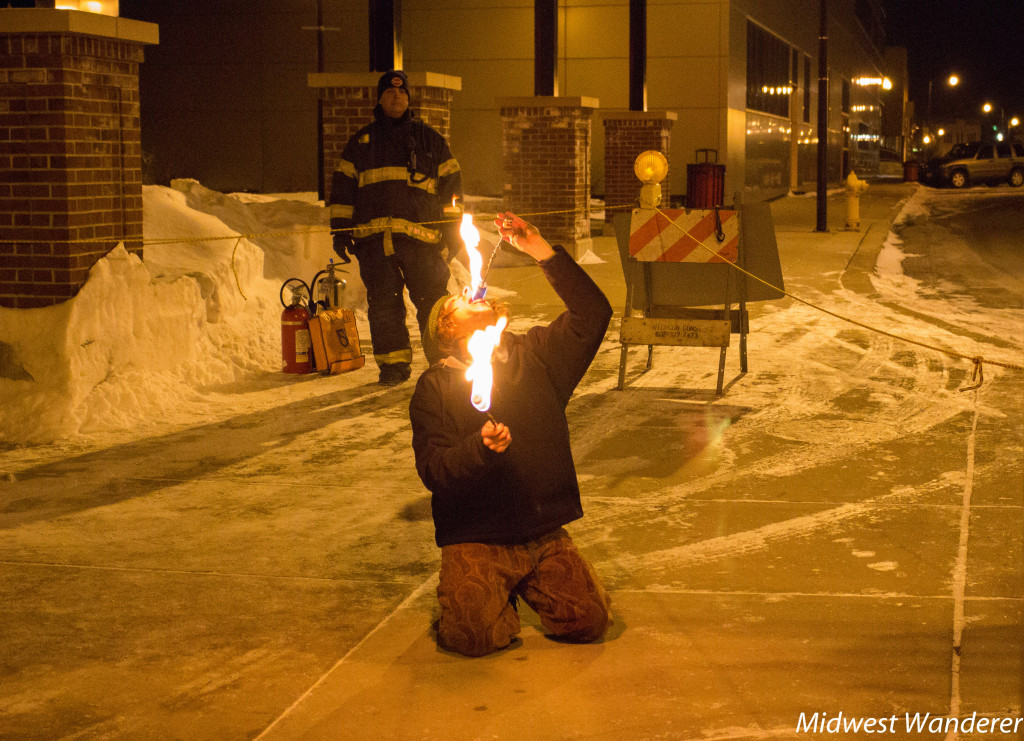 We warmed up inside Bushel & Peck’s Local Market where a barber shop quartet and Milwaukee’s Irish Trinity Dancers had already finished performing, and the Polish Dance Ensemble was now on stage. 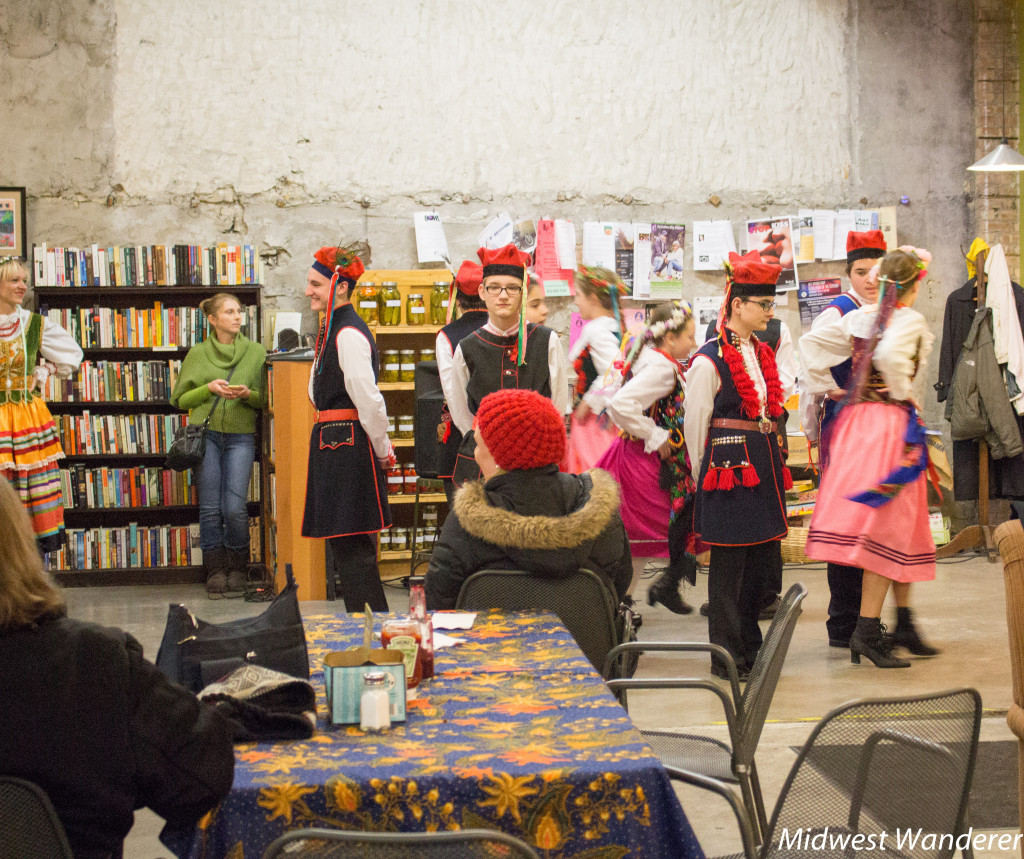 We moved on after a bit to Domenico’s Italian Ristorante, where we ate dinner while listening to the Rob Tomaro jazz band.

Our first Saturday selection was Animation Shorts held in a back gallery room of Bushel & Peck’s Local Market. This is where some of the weird came in, just my opinion. However, others were fun, and all of the artists are clearly talented.

One of my favorite films was “Becoming Bulletproof,” a Western and Social Issues genre movie. The documentary follows Zeno Actors Camp, a group that creates a film every year using people with disabilities. The film was touching, included a little humor, and brought to light the abilities of folks who normally must struggle with day-to-day living. The film was shown at Bagels & More, where we sat at tables in the shop.

Next, at the same venue, was “The Zigzag Kid,” in the Kids and Adventure genres, although the audience was one hundred percent adults. This one was half in English and half in French with subtitles. After repositioning my chair several times to see the subtitles clearly between two taller patrons in front of me, I was able to follow the movie, which ended up being my favorite of all that we saw. The full-length movie was about the son of a detective who was sent to live with his uncle but instead ends up in an adventure while on search for information about his deceased mother.

Saturday evening’s light-hearted “Grease” sing-along, held in the Schubert’s Luxury 10 movie theater, was a popular feature that included a Grease costume contest; prop bags with a pom-pom, a comb, a package of Juicy Fruit gum and a couple of other items that we were to use at designated times during the movie; and an introduction by Randal Kleiser, the movie’s director, who gave us some insight to the casting and the fun they had in filming the movie starring John Travolta and Olivia Newton-John.

On Sunday we attended one of four Wisconsin/Illinois Shorts Showdown segments followed by a Q&A session with several of the films’ makers. All of the shorts were created by film makers from the two states, showcasing tremendous local artistic talent. Afterward we voted on our favorite.

We had our hearts set on “West by Orphan Train,” a history documentary, in the next slot, but it was sold out. We learned about the orphan trains last year in a play that we saw. Orphan trains ran from the 1850s to around 1930 taking homeless children from east coast orphanages out west to be adopted by whoever might choose them. I’d still like to see the film someday.

We could have gone to another film in the slotted time, but since we had a two-and-a-half hour drive home and the temperature was falling to single digits, we called an end to our film viewing.

Attending the Beloit International Film Festival erased my preconceived notion that I wouldn’t enjoy most of the films. The absolute opposite is true. The festival includes films in such a wide variety of genres that as long as you preview the trailers ahead of time, you’ll find plenty to suite your taste.

In 2016 the ten-day Beloit International Film Festival runs from Friday, February 19, through Sunday, February 28. Ticket information will be announced online as it becomes available.

Disclosure: Our admissions to the Beloit International Film Festival films and our stay at the Hampton Inn in Beloit were complimentary, but any opinions expressed in this post are my own. Photos by Skip Reed.

3 thoughts on “Beloit International Film Festival: What to Expect”

Before this summer, I knew little about Wild Bill Hickok. Then, within just a few weeks, we visited three places within Kansas and Illinois that all shared Hickok stories—quite a coincidence. I learned several fascinating facts about him. Here are END_OF_DOCUMENT_TOKEN_TO_BE_REPLACED