It’s been said that you can never play a sad song on a banjo.  How true that is. When I think of banjo music, I think of ragtime, the Roaring Twenties and bluegrass, upbeat toe-tapping music. The American Banjo Museum in Oklahoma City celebrates the evolution of the banjo with over 400 unique banjos on display, plus memorabilia, a hall of fame and special exhibits. 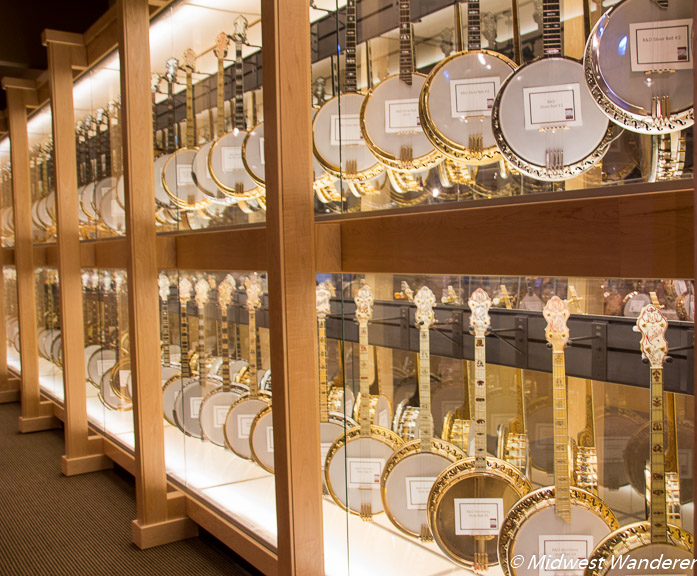 Start your self-guided museum tour with the eight-minute overview presentation about the evolution of the banjo, an instrument developed by African slaves. 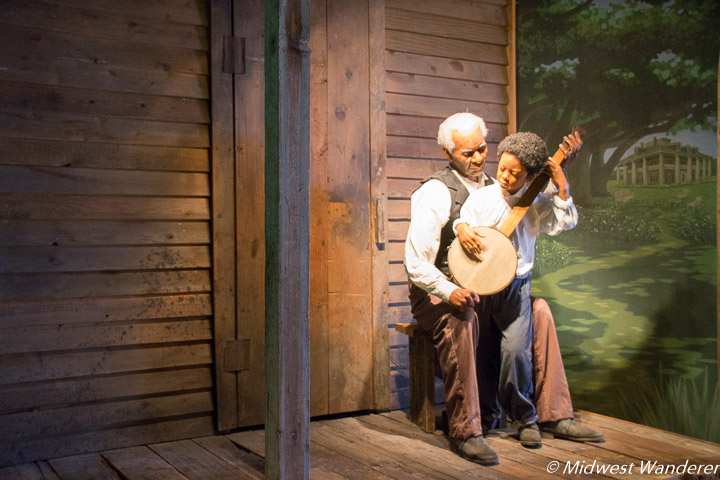 Browsing through the exhibits, you’ll see how the banjo evolved through the various eras and genres of music—and there are a lot more music genres that use banjos than I originally thought. Banjos created for classical music are very plain. Bluegrass banjos are subdued with wood inlays, kind of a backwoods feel. When you get to the jazz age, the instruments are flashy, since showmanship was just as important as the musical talent during that era of live performances.

The Banjo World of Steve Martin

Through January 2017 the American Banjo Museum is hosting the temporary exhibit titled “The Banjo World of Steve Martin.” You are probably familiar with the comedy of Steve Martin, but if you ever watched his television performances on Saturday Night Live, you most likely have seen him play the banjo as well. Steve Martin is a long-time accomplished banjo player and has won several Grammy Awards. 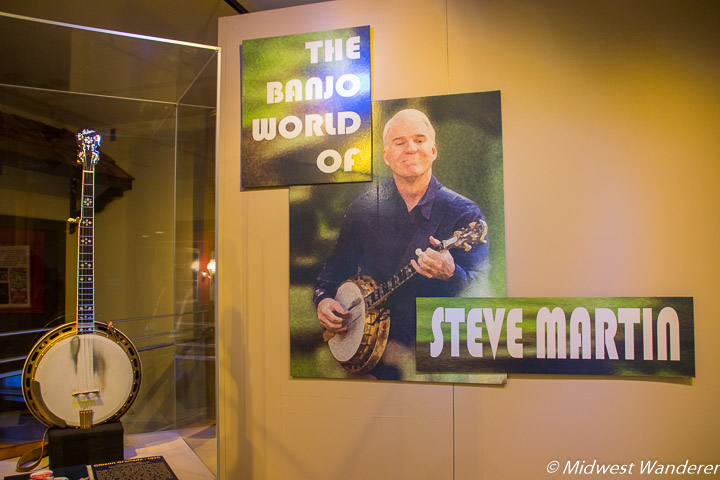 The exhibit is temporary to the American Banjo Museum but is not a traveling exhibit; you won’t see it anywhere else. Photos are originals, not published elsewhere. The exhibit includes the first banjo Martin ever bought—the one he learned to play on—as well as videos of Steve Martin performing.

Some of the more unusual banjos

Besides displaying banjo styles used through various eras and music genres,  the museum has several banjos that stand out because of their exceptionalism.  The museum has what are believed to be the only two triangular banjos in existence. The reason there are only two? Although they look really cool, they sound horrible, according to Dustin Pyeatt, the Outreach and Development Manager for the American Banjo Museum. 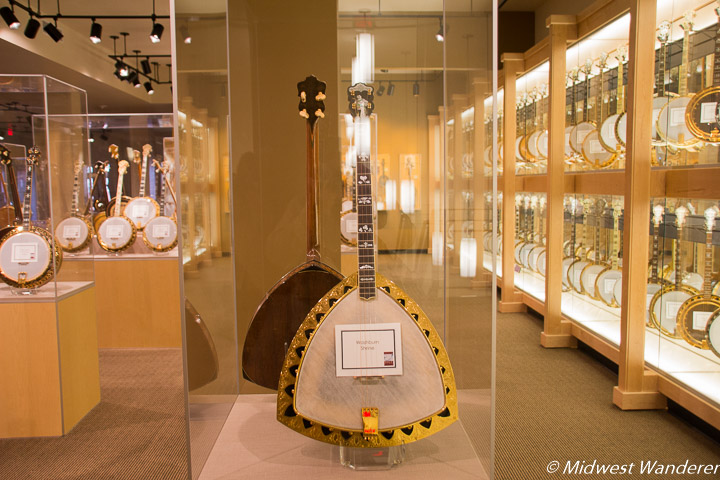 There are electric banjos, a bass banjo and several custom-made banjos on display. Being partial to carousels, one of my favorites was the carousel horse banjo. The donor had the carousel horse custom made for his wife, but it was never played.

In the Hall of Fame section of the museum, you’ll find instruments and memorabilia donated by or loaned to by members or their estates, including some of their performance outfits that range from flashy to outlandish. 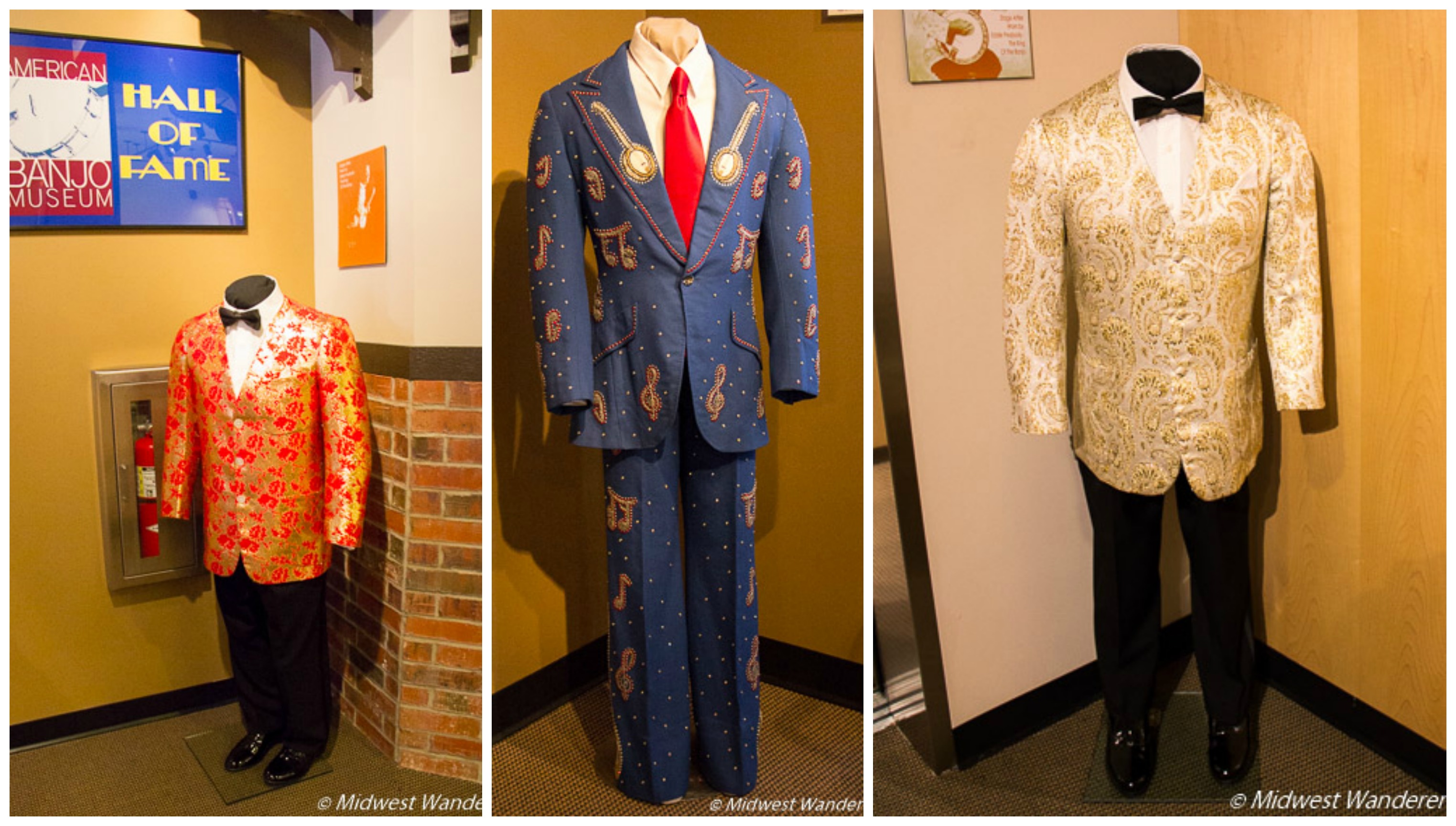 Events at the American Banjo Museum

A performance area in the museum is modeled after an international nightclub chain called Your Father’s Mustache. Events at the museum include performances by groups like the Nitty Gritty Dirt Band, a chance for beginners to try out a banjo, and presentations on history of a particular banjo followed by a performance on that banjo by the museum’s executive director, Johnny Baier.

If you visit the American Banjo Museum

The American Banjo Museum, located at 9 E Sheridan Avenue in the Bricktown District of Oklahoma City, Oklahoma, is open Tuesday through Saturday (closed Mondays). Check the website for hours, admission fees and other details. 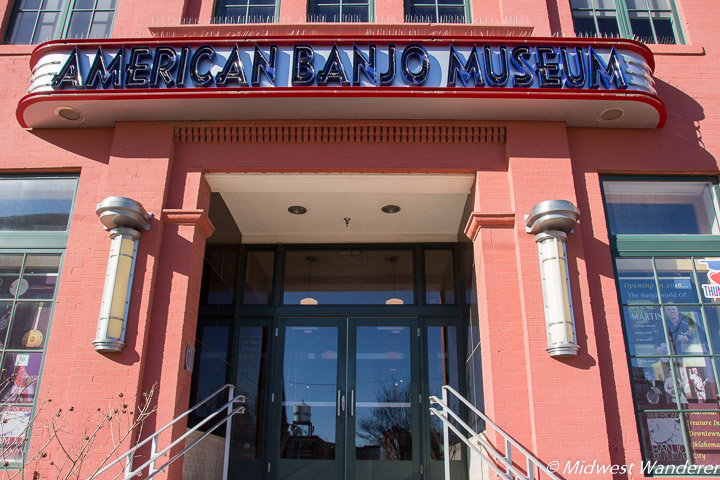 Disclosures: My visit to the American Banjo Museum was hosted by the Oklahoma City Convention & Visitors Bureau and the museum. My admission was complimentary; however, any opinions expressed in this article are my own.
This article contains an affiliate link, which means that if you book a room using this link, I will receive a small commission at no additional cost to you.

22 thoughts on “American Banjo Museum: Evolution of an American Instrument”

Before this summer, I knew little about Wild Bill Hickok. Then, within just a few weeks, we visited three places within Kansas and Illinois that all shared Hickok stories—quite a coincidence. I learned several fascinating facts about him. Here are END_OF_DOCUMENT_TOKEN_TO_BE_REPLACED