Pabst Brewery, once the world’s largest beer producer, had been shuttered and fenced off for almost two decades. The buildings, all 28 of them, would have been torn down had the city not gotten the brewery on the National Register of Historic Places. We learned this story and a lot more about Milwaukee’s beer history during the Beer History Tour at Best Place, located at the historic Pabst Brewery.

Editor’s note: This is the third in a series of four articles about Milwaukee’s Pabst family and the historic Pabst Brewery, at one time the nation’s largest brewery. 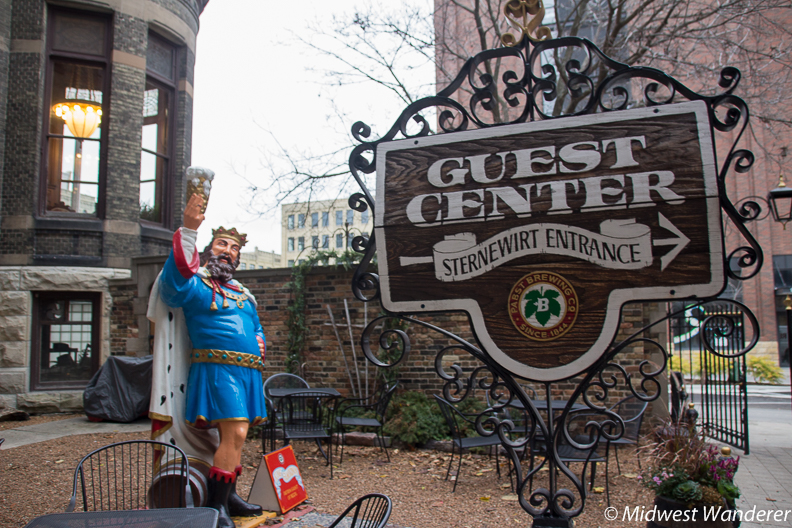 Built in 1858, Best Place was once a Milwaukee Public School. Pabst eventually purchased the building and turned it into an old-style German beer hall known as Blue Ribbon Hall in time for the brewery’s 100th anniversary celebration in 1944. Today the hall operates as a bar, and it’s where most of the Beer History Tour takes place. 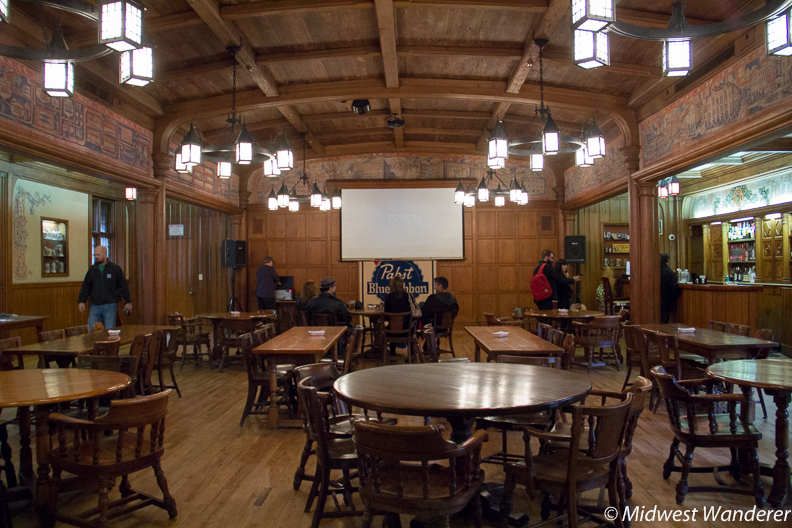 You start the tour with a Pabst Blue Ribbon. Schlitz, or Sprecher root beer, and enjoy it at one of the tables original to Blue Ribbon Hall while your guide presents the “history lesson,” which includes lots of interesting facts and fun films of nostalgic beer commercials. 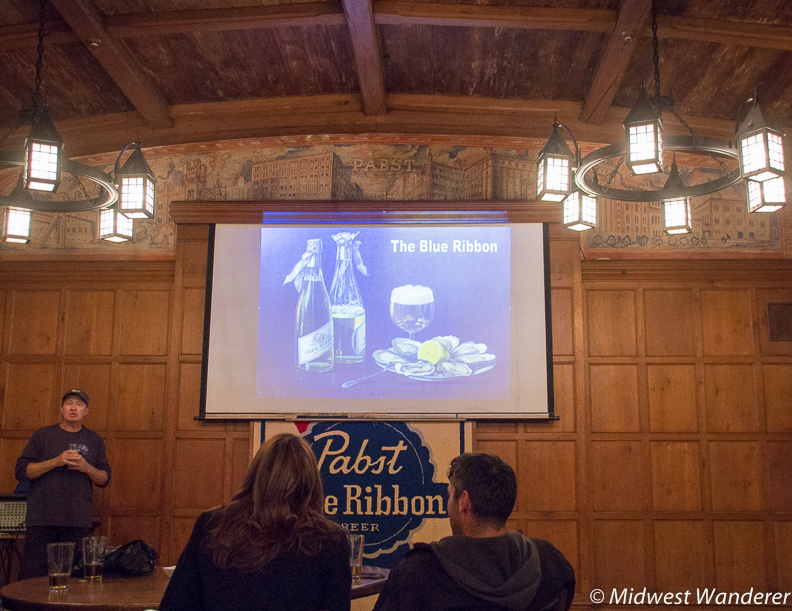 A few of the facts we learned: 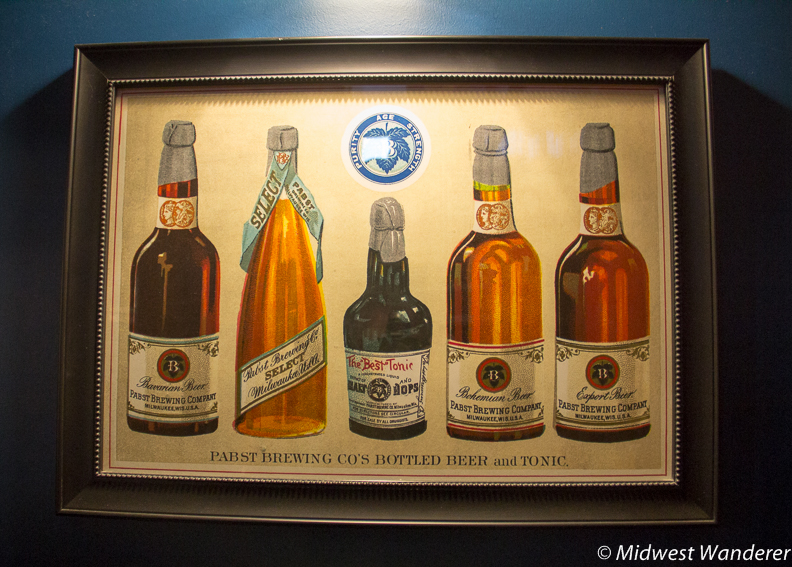 Following the “history lesson,” your guide takes you to the 1880s corporate headquarters, now used as a banquet hall, where you’ll see Captain’s Pabst’s office. You can view the brew house, now Jackson’s Blue Ribbon Pub and a hotel, as well as other former brewery buildings, from the office building windows. 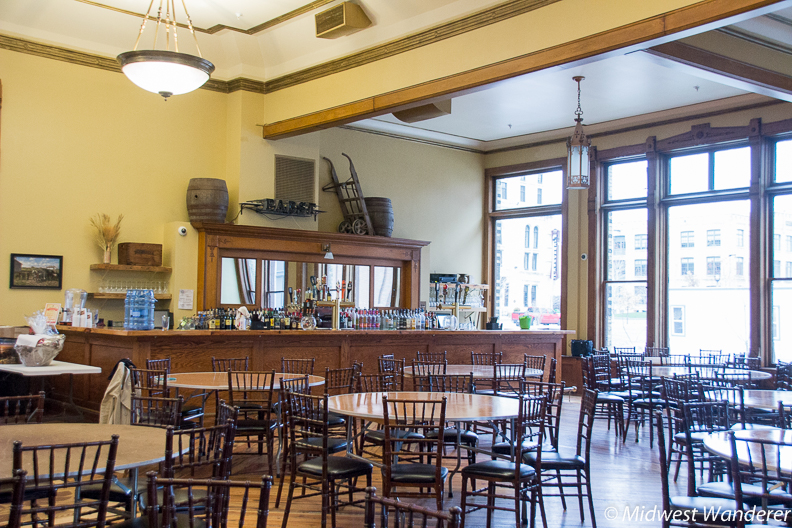 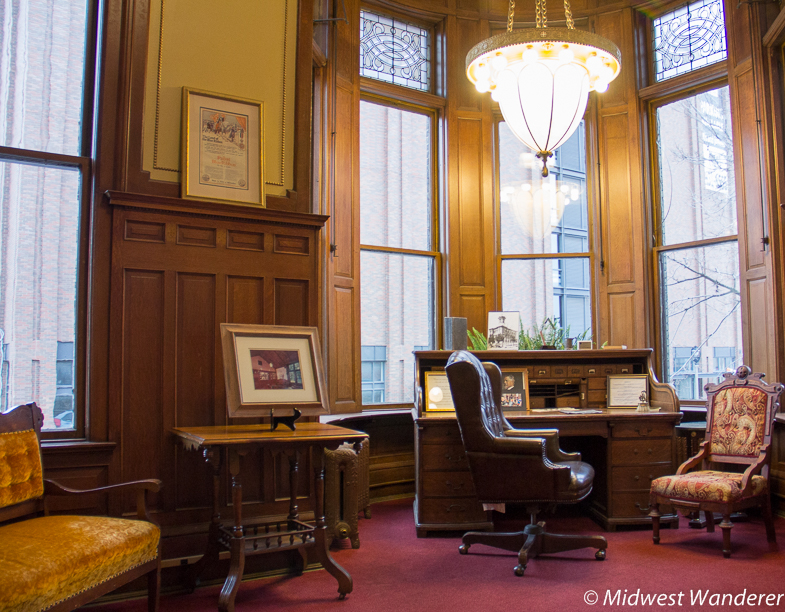 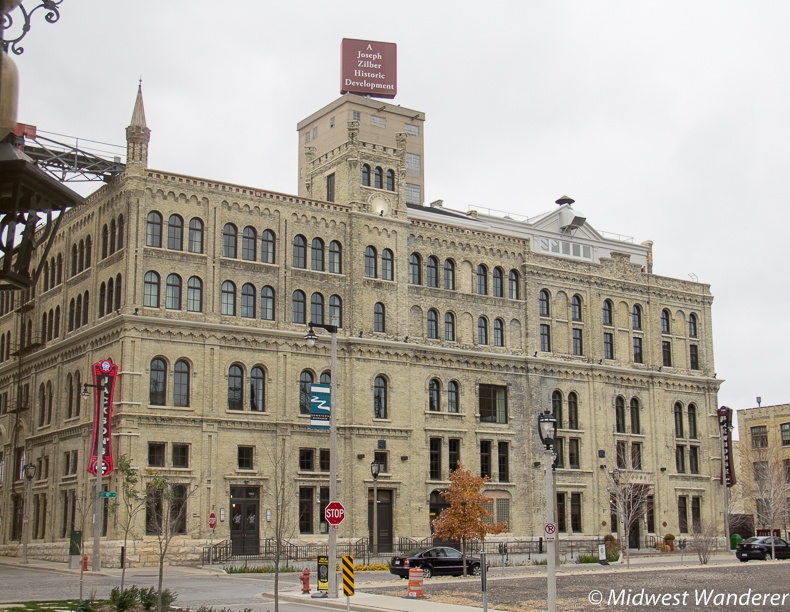 Next you go down to the brewery’s infirmary, which is in process of being converted to an old-time speakeasy. 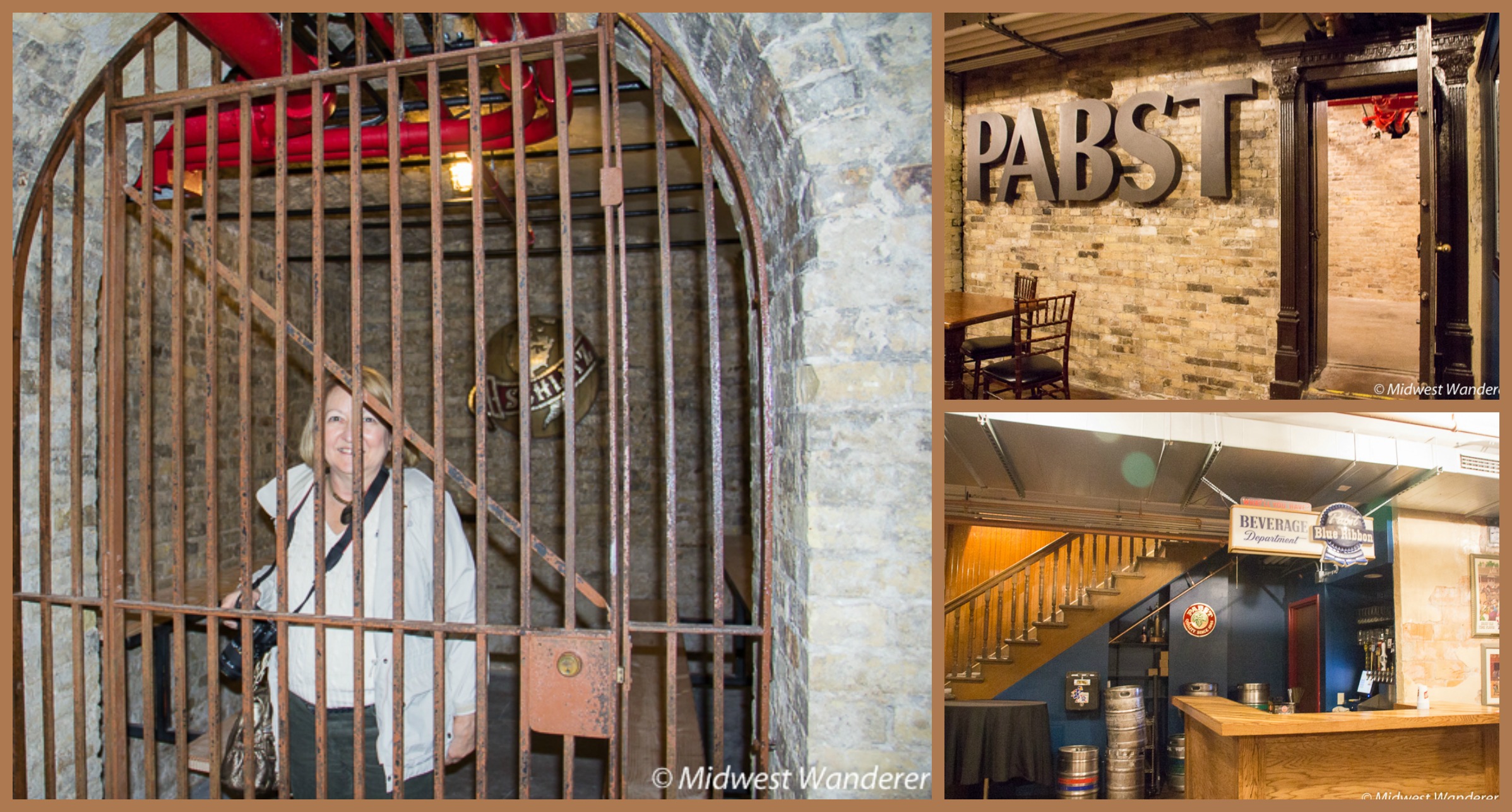 The tour finishes in what was the Pabst Brewery visitors center. When Pabst gave tours of the brewery, this is where the tour would end. Guests then had an hour to drink all the free beer they’d like. 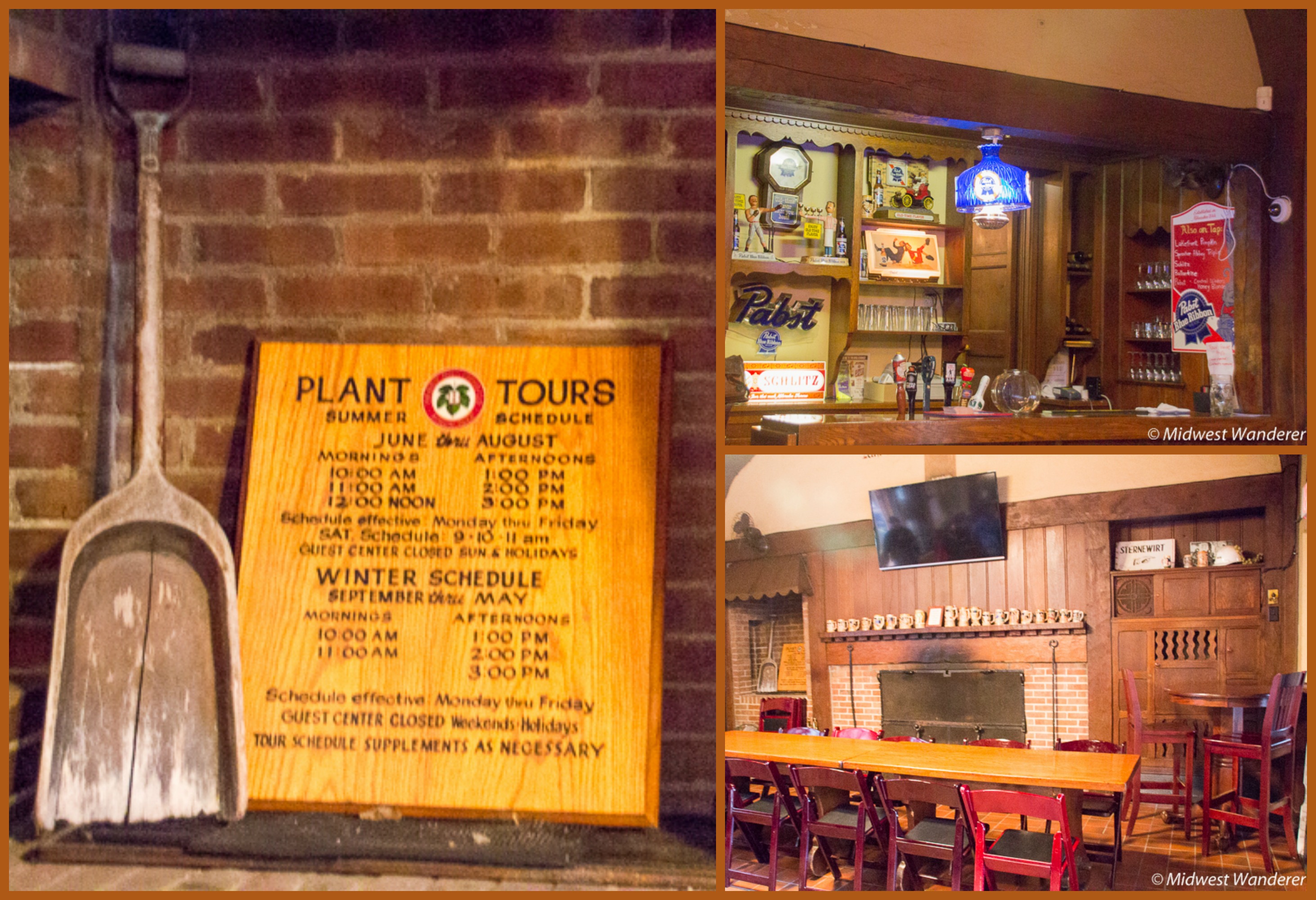 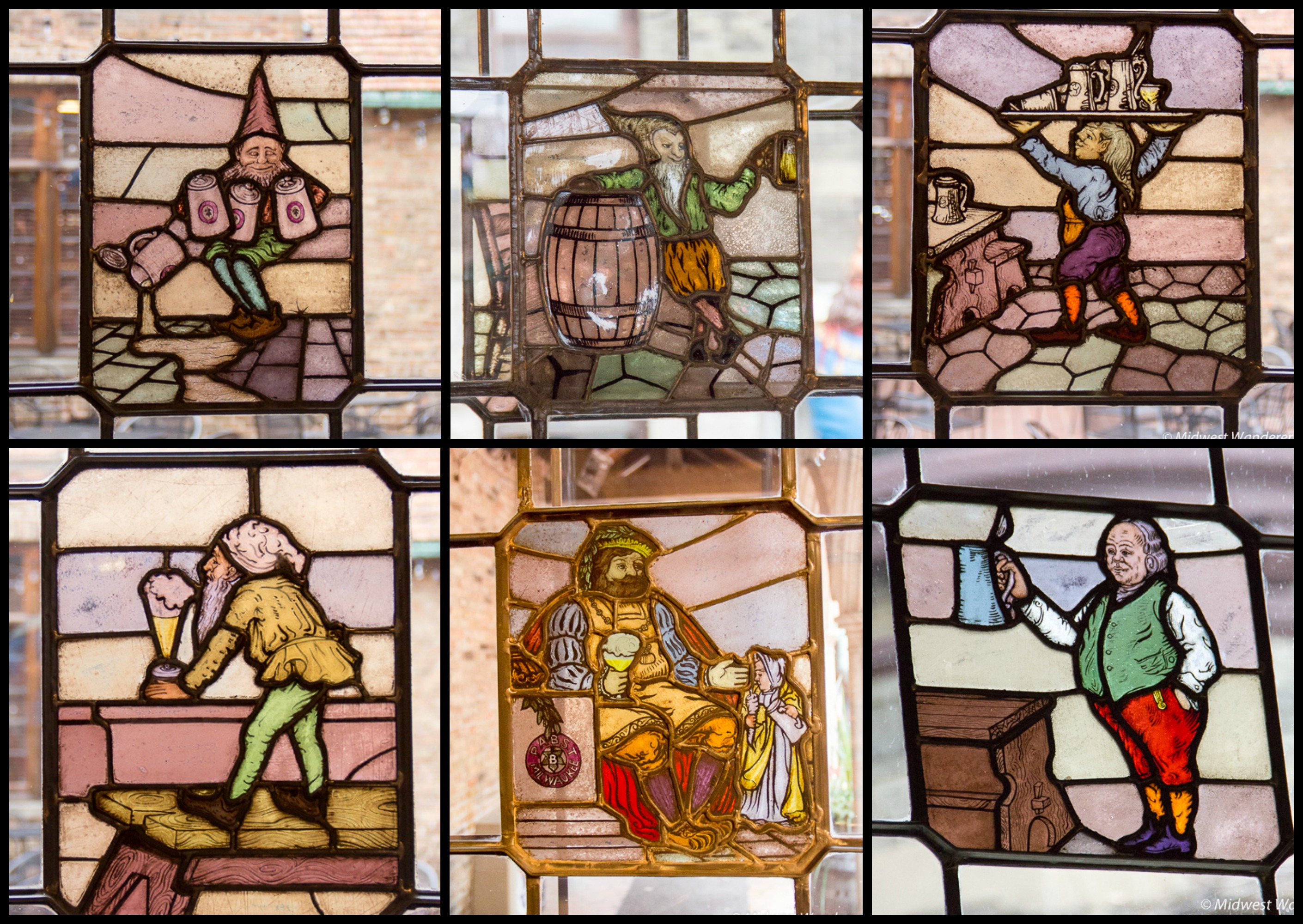 Panes of stained glass in the visitors cener

If you take the Best Place Beer History Tour

The Beer History Tour ($8, $6 for military) provides a fascinating look at Milwaukee’s brewery industry and the way it played into the culture of the city. Best Place, located at 901 W Juneau Avenue in Milwaukee, gives tours Wednesday through Monday (closed Tuesdays). Check the web site for tour times and further details.

Accommodations: We stayed at the historic Pfister Hotel during our visit to Milwaukee.
Find the best hotel deal, compare prices, and read what other travelers have to say at TripAdvisor.

Disclosures: Our visit to Milwaukee, including Best Place was hosted by Visit Milwaukee, and our Beer History Tour was complimentary. However, any opinions expressed in this post are our own.
This article contains an affiliate link, which means that if you book a room through this link, I will receive a small commission at no additional cost to you.

Before this summer, I knew little about Wild Bill Hickok. Then, within just a few weeks, we visited three places within Kansas and Illinois that all shared Hickok stories—quite a coincidence. I learned several fascinating facts about him. Here are END_OF_DOCUMENT_TOKEN_TO_BE_REPLACED