The more we get into the historic aspects of places we visit, the more interesting local cemeteries become to us. Ornate monuments alone are fascinating to see, but what we also find intriguing are family plots where we can piece together a family’s lineage. One cemetery we recently toured was Forest Home Cemetery, where most of Milwaukee’s early beer barons are interred.

Editor’s note: This is the last in a series of four articles about Milwaukee’s Pabst family and the historic Pabst Brewery, at one time the nation’s largest brewery.

It’s best to visit the Forest Home Cemetery office first to pick up a booklet for a self-guided tour, and then begin your tour in the Halls of History. The Halls of History is an indoor mausoleum with displays honoring many well-known Milwaukee citizens who were integral in the city’s early growth. Unfortunately, we got to the cemetery late in the day, so we missed seeing the Halls of History.

Since we already had a tour guide booklet, consisting of a map and short biographies of 101 well-known Milwaukeeans, including six beer barons, we went directly to the driving tour. We had just visited the Pabst Mansion, had taken the Best Place Beery History Tour and had eaten at Jackson’s Blue Ribbon Pub, so we focused on seeking out the graves of Milwaukee’s beer barons.

One of the more elaborate burials sites is the Blatz family mausoleum, with a large family name inscription above the entrance. The last names of his daughters, Kremer and Kletzsch, are inscribed on the posts to the sides of the entrance. 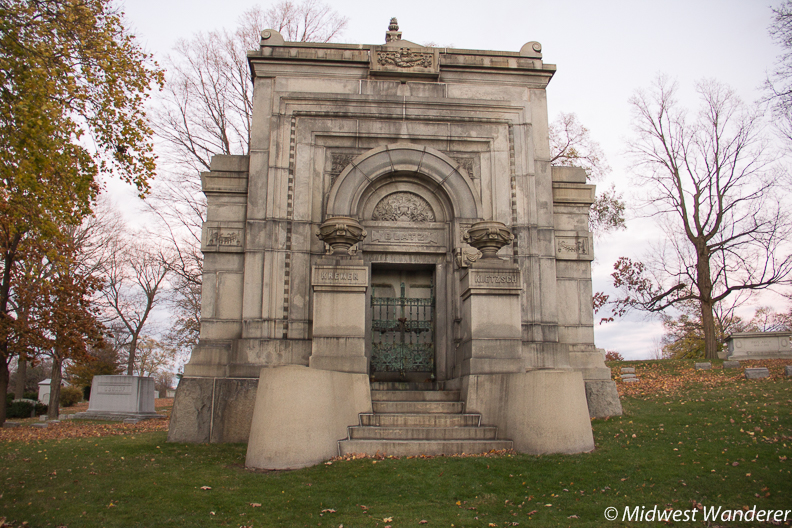 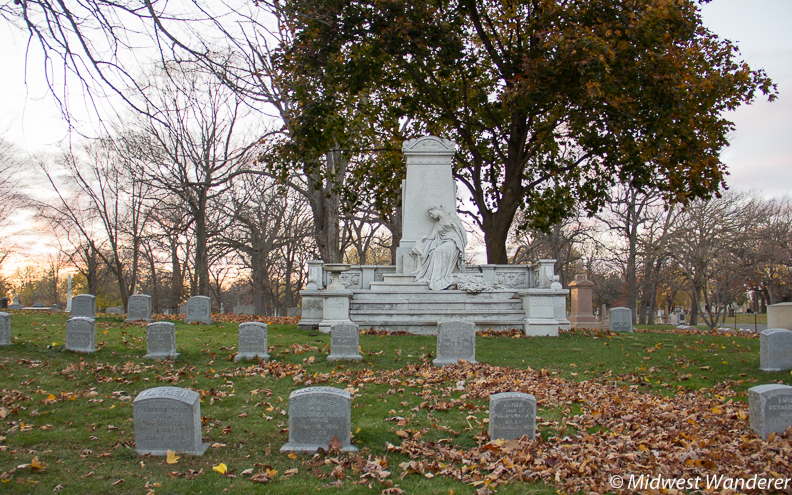 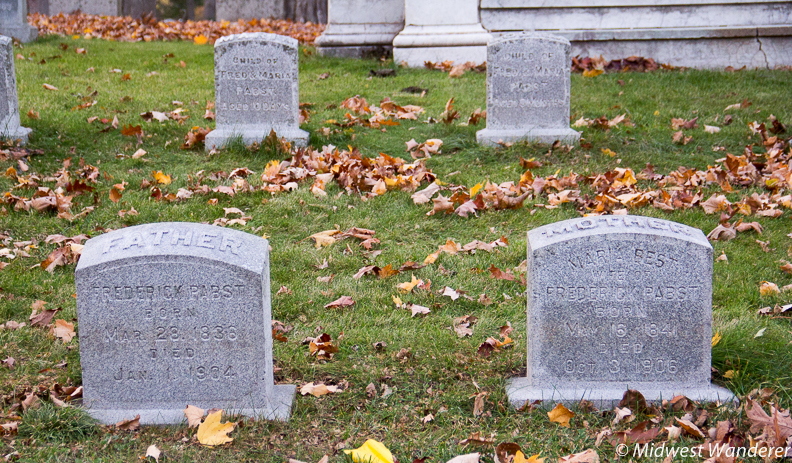 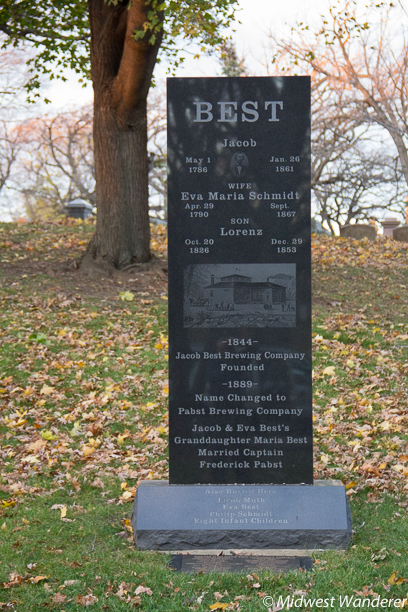 August Krug was the founder of what would eventually become the Joseph Schlitz Brewing Company. He died only seven years after the first barrel of beer was produced. 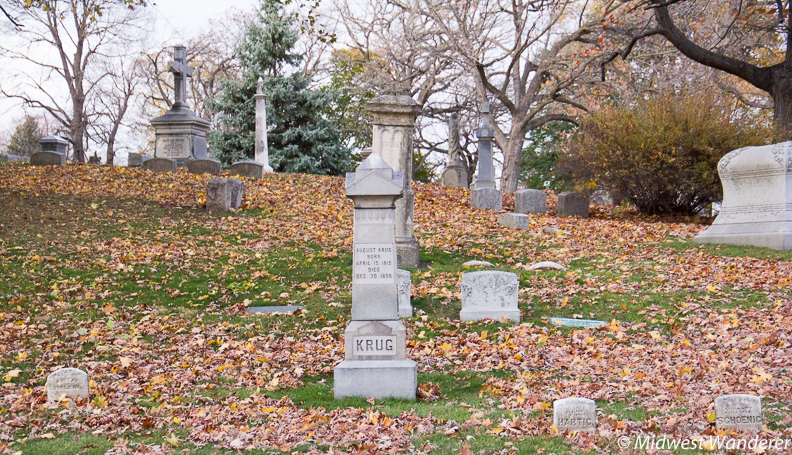 After Krug died, Joseph Schlitz took over management of the company and married Krug’s widow. He built a new brewery and renamed it after himself.

Following the deaths of Joseph Schlitz and then his widow, the Uihlein brothers, nephews of the brewery’s founder, August Krug, took control of the company. August Uihlein is credited with growing the brewery to its national prominence. Uihlein is buried with the family at the foot of the monument. 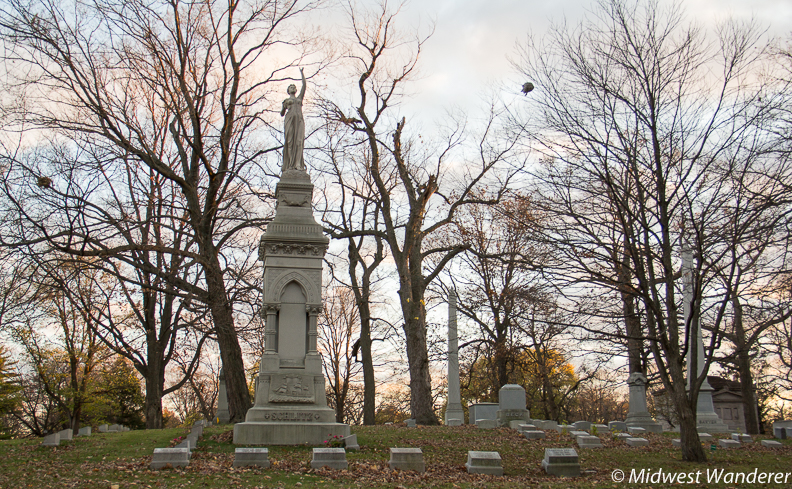 While we were on the hunt for the beer barons’ graves, we snapped a few photos of a few other interesting monuments, as well. 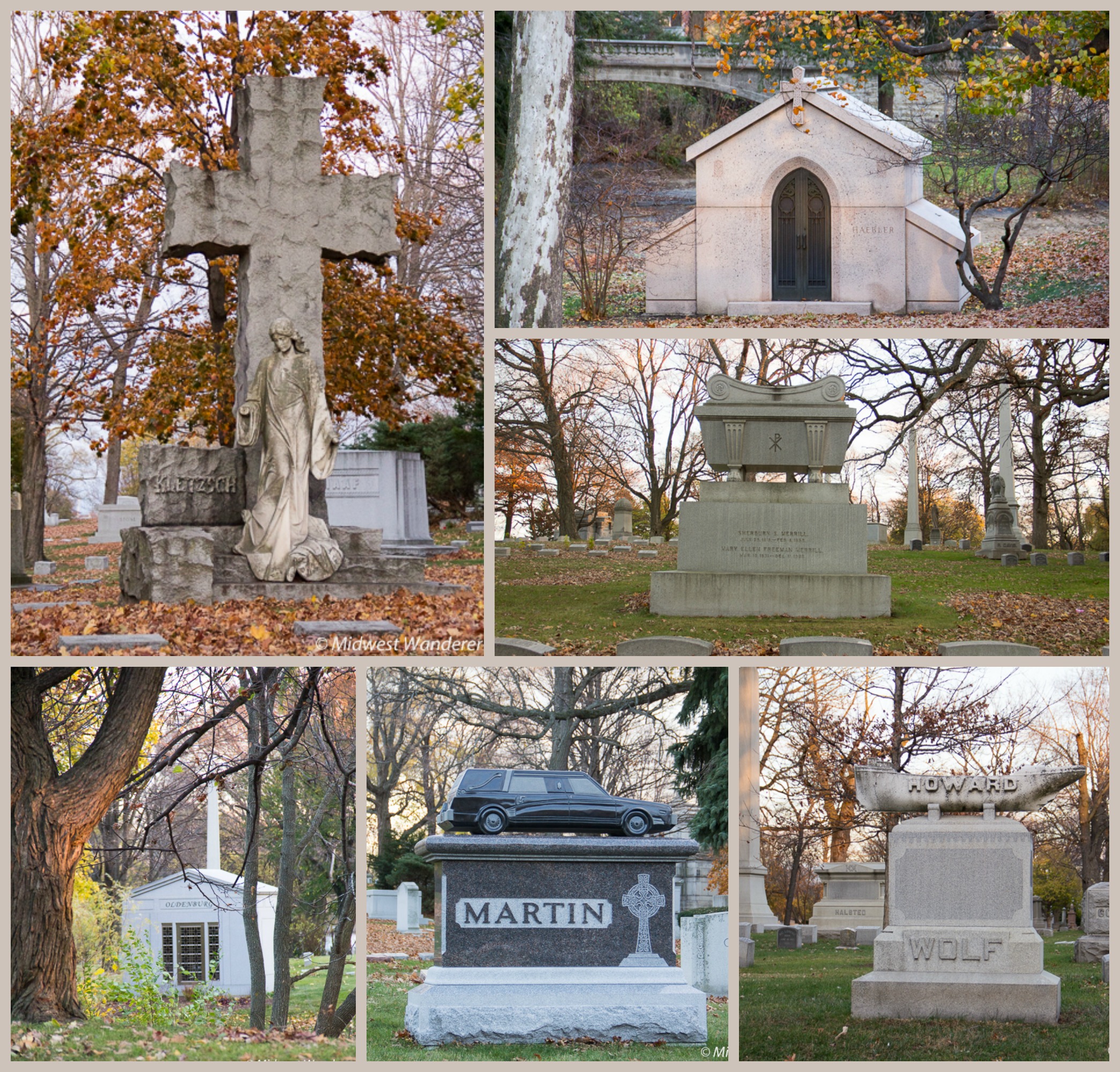 Forest Home Cemetery, located at 2406 West Forest Home Avenue in Milwaukee, Wisconsin, is open daily from one hour after dawn to one hour before dusk.

Accommodations: We stayed at the historic Pfister Hotel during our visit to Milwaukee. Find the best hotel deal, compare prices, and read what other travelers have to say at TripAdvisor.

Disclosures: Our stay in Milwaukee was hosted by Visit Milwaukee. However, any opinions expressed in this post are our own.
This article contains an affiliate link, which means that if you book a room through this link, I will receive a small commission at no additional cost to you.

Before this summer, I knew little about Wild Bill Hickok. Then, within just a few weeks, we visited three places within Kansas and Illinois that all shared Hickok stories—quite a coincidence. I learned several fascinating facts about him. Here are END_OF_DOCUMENT_TOKEN_TO_BE_REPLACED