Since the first year Matt and Mike Blaum opened Blaum Bros Distilling Co, it’s been Galena’s top attraction, according to Trip Advisor. The craft distillery is so popular that just three years after opening their doors in 2014, they are having to expand. Although it was quiet on the single-digit day we toured the distillery this winter, Matt told us, “During the summer and fall months it’s just shoulder-to-shoulder in here.” 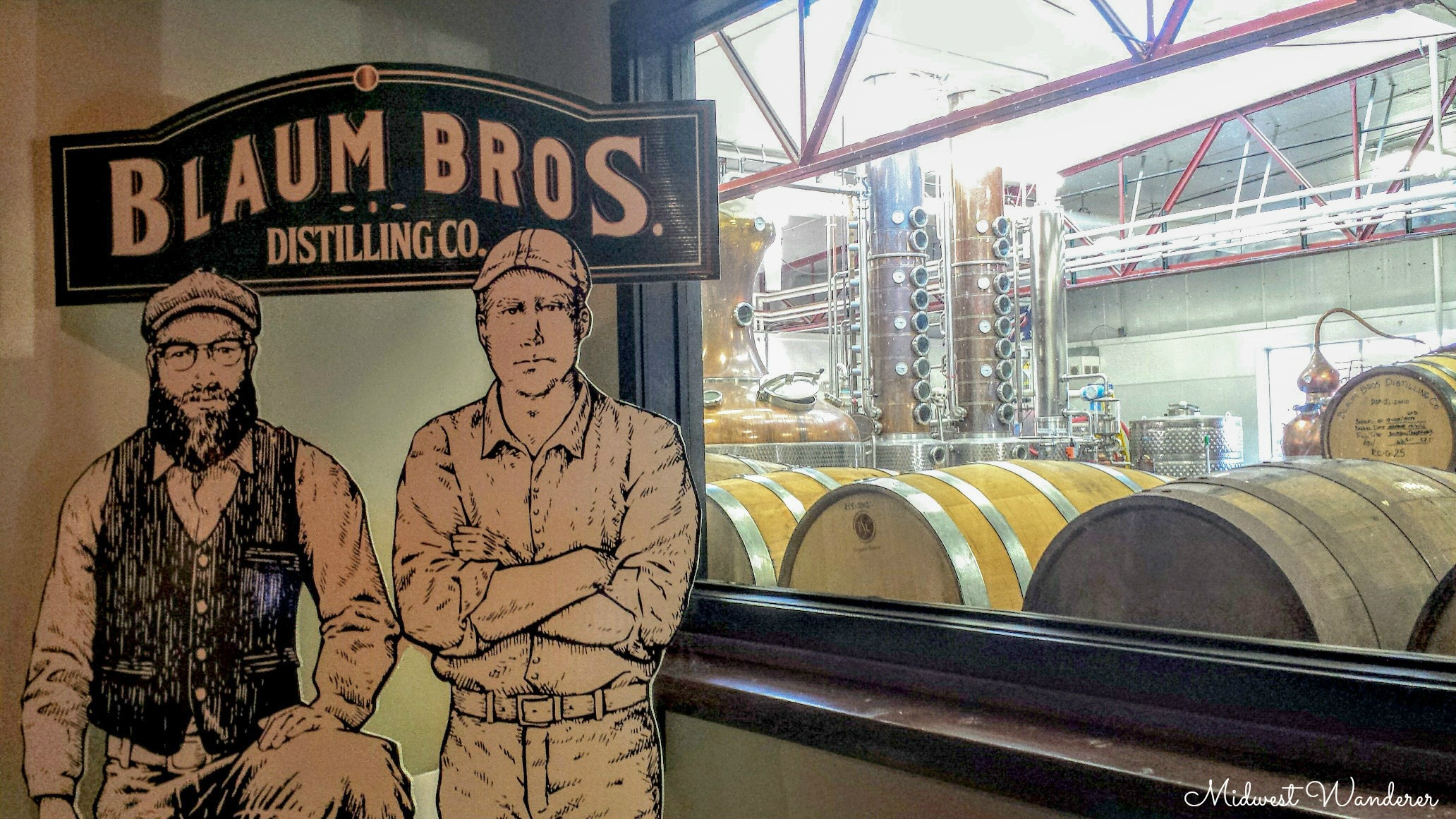 Having been open for only a little more than three years, there isn’t a lot of history with the distillery, but it’s a great success story. Matt and Mike Blaum were both in other industries. Matt lived in the Chicago suburbs; Mike lived in northern England. Both were ready for a change. Since they both enjoy craft bourbon, they decided to open the distillery.

The brothers chose Galena for their business because they thought its small-town atmosphere is a great place to raise their own families. Having visited Galena often during family getaways as kids, Mike and Matt knew the area and liked it. Of course, they also factored in the 1.5 million tourists that visit Galena each year.

Matt pointed out that grain was another factor in deciding their location. Local farmers grow wheat, rye, and corn—the grains they need for their products.

So they left the corporate world, moved to Galena, took courses on distilling, ordered equipment, and jumped into distilling spirits. Today you can buy Blaum Bros Distilling Co spirits in over 700 locations. You can also purchase spirits at the distillery—either in a bottle to take with you or in a drink at the bar. 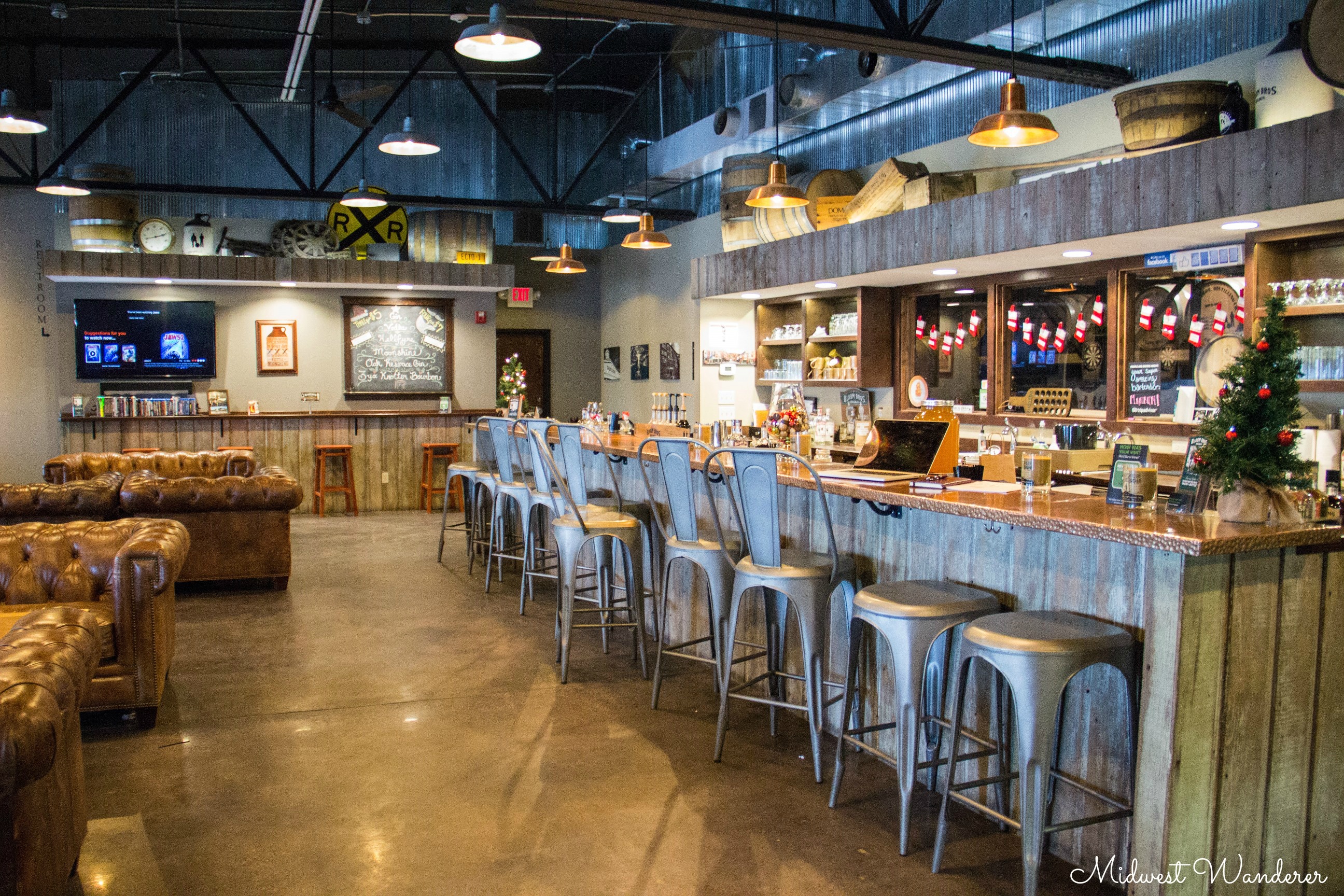 Our guide was Dennis, who has been with the company since the beginning. Dennis gave a phenomenal tour. We’ve been on several distillery tours, and none has been as thorough as our Blaum Bros. experience.

Dennis started by pointing out the collector bottles of Galena Bourbon Whiskey that date back to pre-Prohibition days. The bottles still had whiskey in them when the Blaums acquired them, so they had it analyzed in a laboratory. Dennis told us the formula that Blaum Bros. uses is similar. 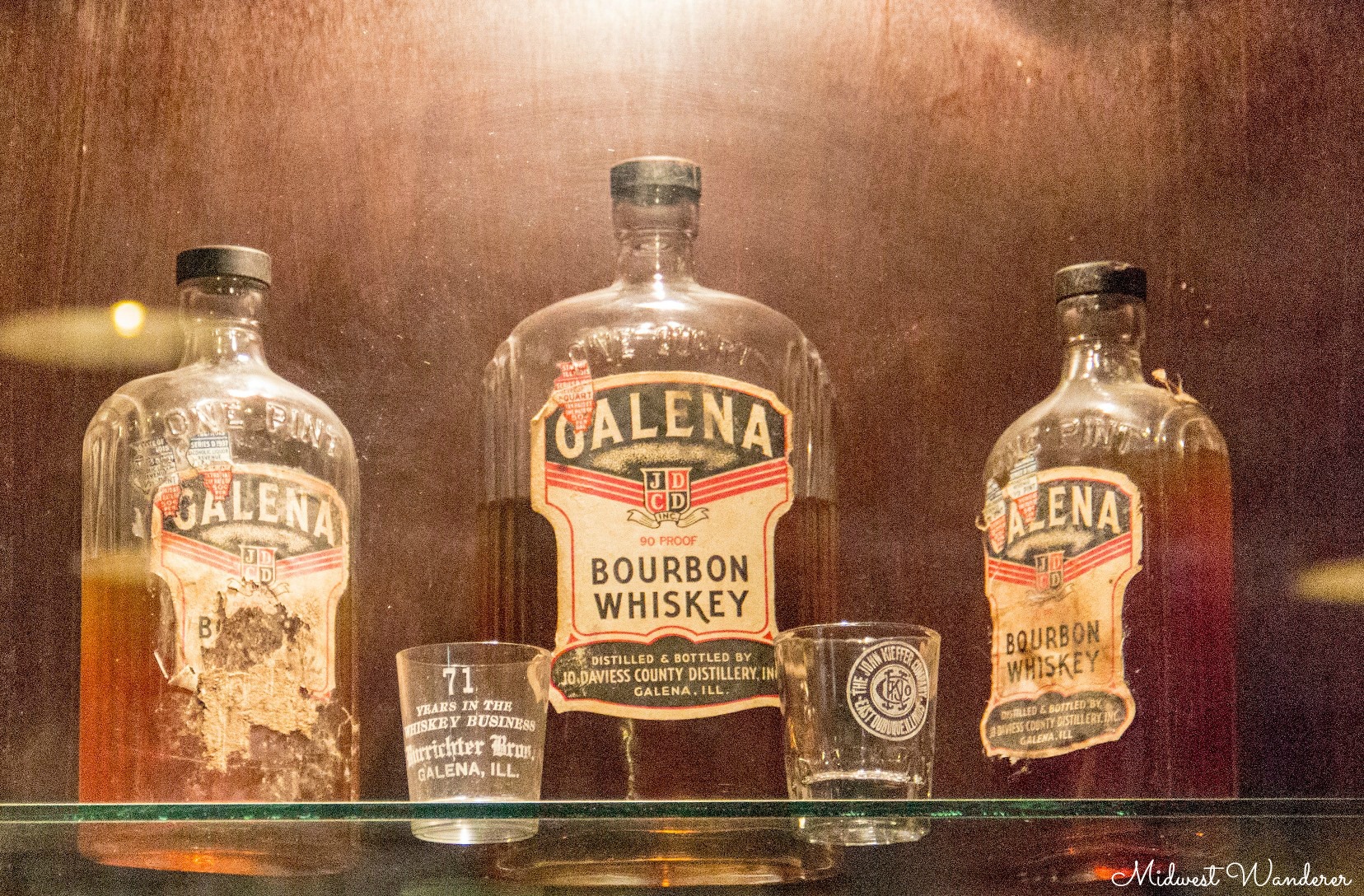 Moving to the production area, Dennis filled us in on the entire process of distilling whiskey, vodka, gin, and moonshine. He showed us the grains that they use, all grown within 30 miles of Galena, and explained that the local water, together with local grains, gives their products a distinctive Galena flavor. We sampled the malted barley they use, which tastes a lot like Grape-Nuts cereal.

FUN FACT: Whiskey (spelled with an “e”) is sold only in the United States and Ireland. Everywhere else, it’s “whisky” (without an “e”). Two exceptions are Old Forester and Maker’s Mark, who both spell it without the “e.”

Dennis then explained the entire distilling processes and the differences in producing the various spirits. He told us what each piece of equipment is used for. They use Chester Copperpot (name taken from the movie Goonies) for the heating part of the distilling process for the a few reasons. The most important reason is that copper removes the sulfur and sulfites that come off the grains. 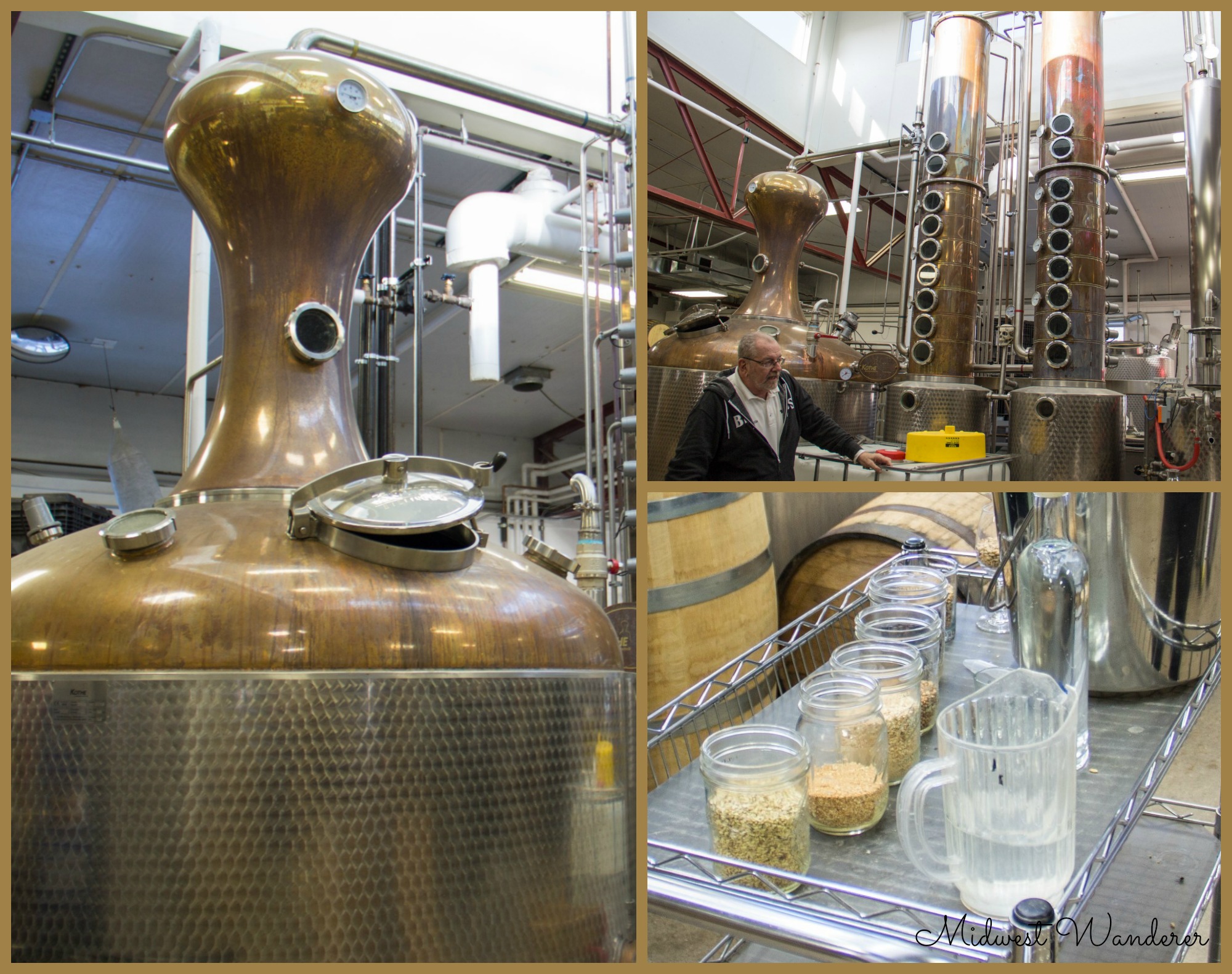 After learning about the distilling process, Dennis took us into the barrel room, where the whiskey is aged. Because bourbon takes so long to age, and Blaum Bros. is so new, they haven’t been able to sell any of their own bourbon yet. It’s still aging in white oak barrels. 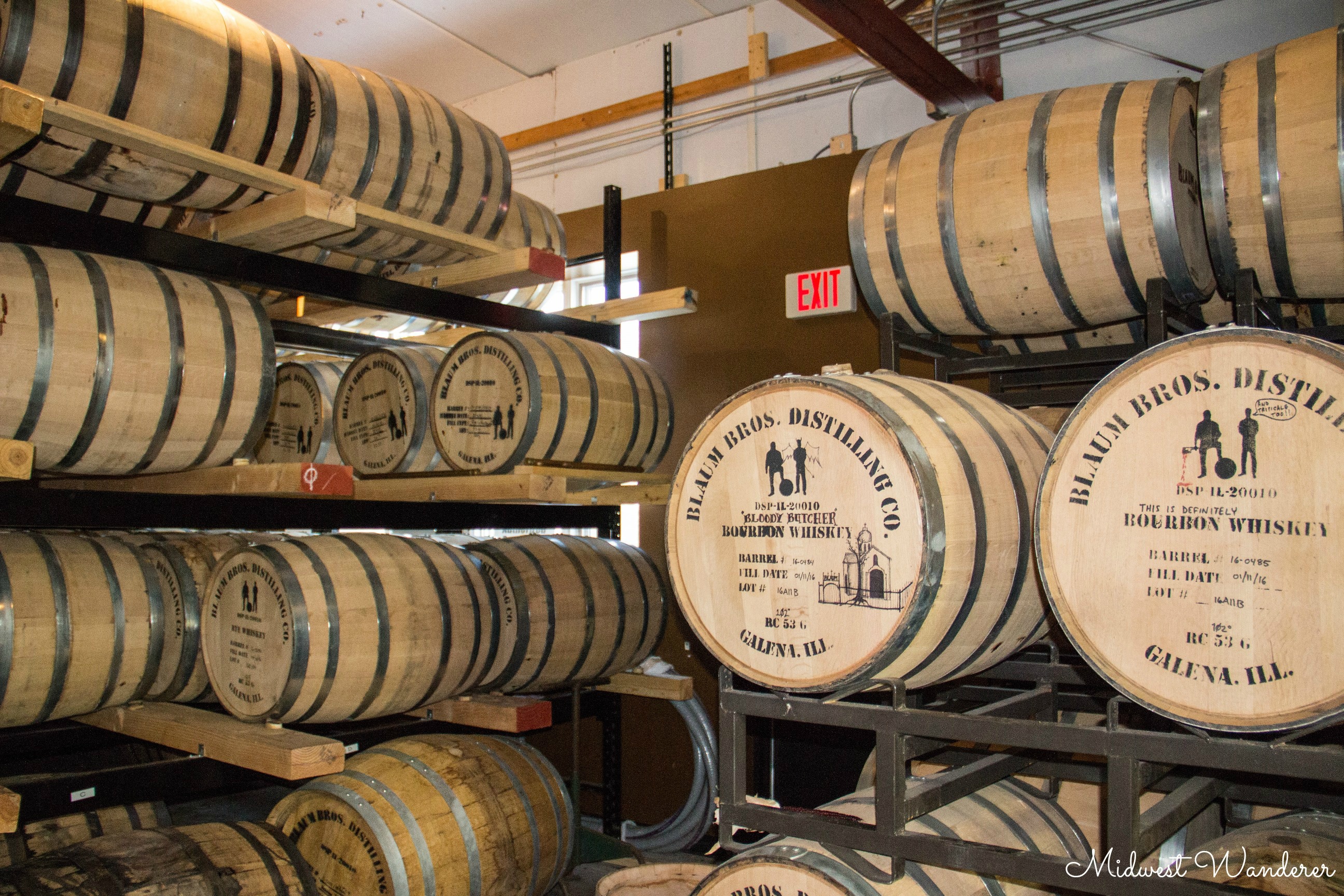 But thinking ahead, they purchased several barrels of bourbon from another distiller at various stages of aging. They blended it into what they call Knotter Bourbon.  The first of their own Galena Bourbon should be ready in summer 2017.

The tour ended in the bar for our tastings of three Blaum Bros. products. Not being a regular imbiber of straight spirits, Dennis suggested I would like the Hellfyre vodka (infused with habanero, jalapeno peppers and black pepper) in a chocolate martini. I was tempted, but we were due to meet with our weekend hosts shortly at the Goldmoor Inn. I didn’t want to show up there smelling like a distillery. 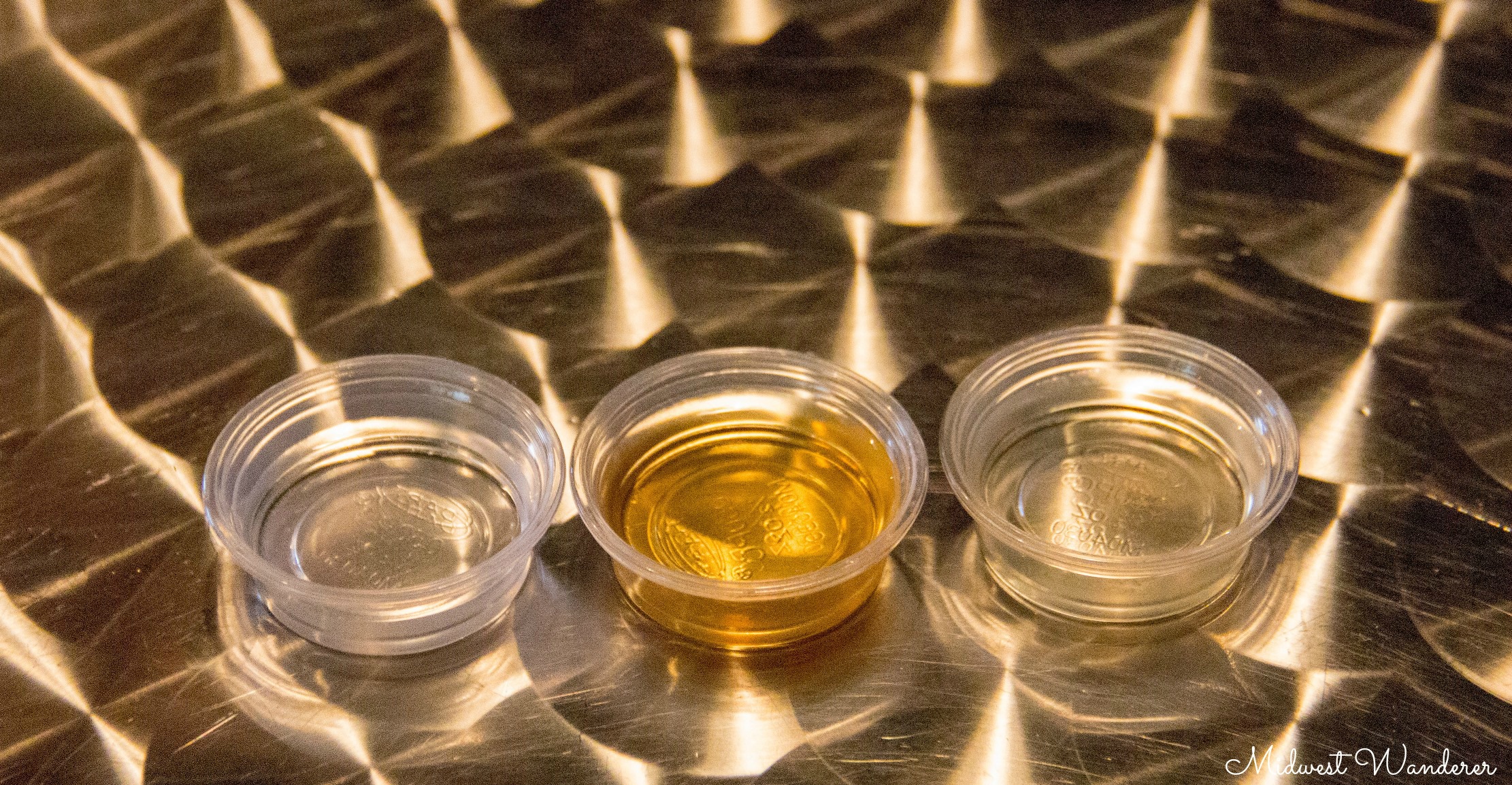 If you take the Blaum Bros Distilling Co tour

Blaum Bros. Distilling Co. is located at 9380 W US Highway 20 in Galena, Illinois. Tours are $10 per adult and last about 45 minutes. The tour is free for children under 14. Check the website for tour times, which vary based on day of the week and season.

We stayed at the Goldmoor Inn during our visit to Galena  (Check rates here). 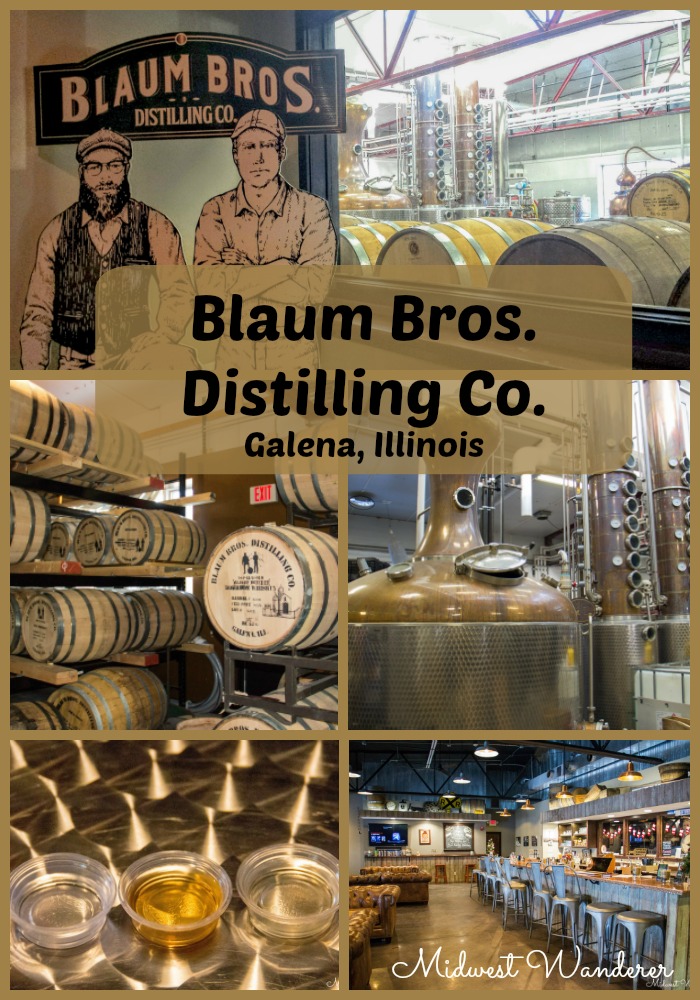 Disclosures: Our tour of Blaum Bros Distilling Co was complimentary; however, any opinions expressed in this article are strictly my own.
This article contains an affiliate link. If you book a room through the “check rates here” link above, I will receive a small commission, at no additional charge to you.

Before this summer, I knew little about Wild Bill Hickok. Then, within just a few weeks, we visited three places within Kansas and Illinois that all shared Hickok stories—quite a coincidence. I learned several fascinating facts about him. Here are END_OF_DOCUMENT_TOKEN_TO_BE_REPLACED