The bison has been named the national mammal of the United States. It’s fitting, since it is estimated that 30 to 60 million bison lived in North America in the 1500s before huge slaughters took place as settlers moved westward. The bison was near extinction, down to about 300 head nationally before a handful of ranchers captured orphaned calves and began raising them. Today the population has grown, with bison found in national and state parks, as well as several private herds being raised for food. I toured the Broken Wagon Bison Ranch in Hobart, Indiana, where I learned more about bison and had a chance to meet the herd up close and personal.

A lesson on bison

Before heading out to the pasture, Bud Koeppen, co-owner of Broken Wagon Bison Ranch, gave a presentation, which included a film on the bison industry and then a bit of a history lesson and some fun and interesting facts about bison. Here are a few things we learned: 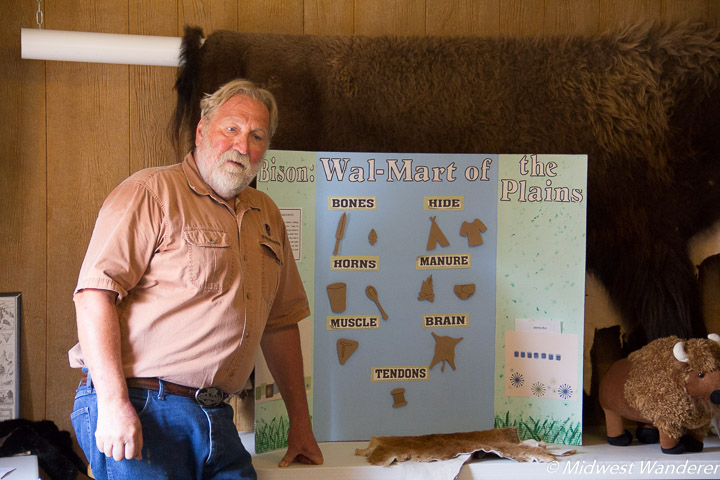 Bud pointed out items that Native Americans made from bison, everything from shelter and clothing from the hide to weapons and utensils from bones. In the end, during the mass slaughter by hunters, only the hide and the tongue were used. The tongue was considered a delicacy. The rest of the animal was left to rot. 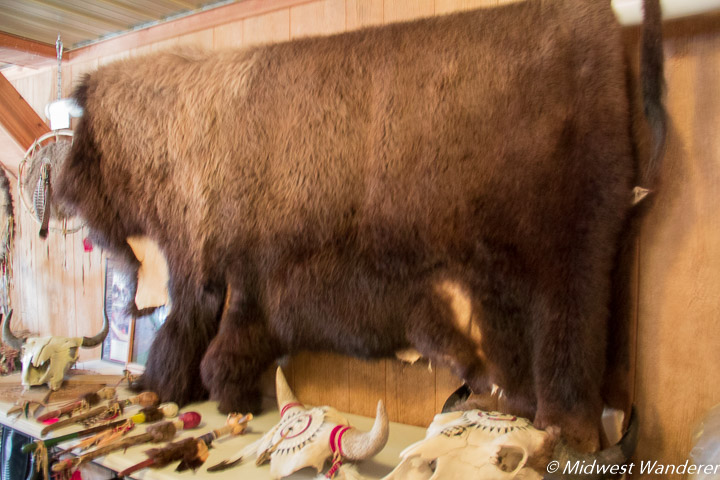 Riding out to the Broken Wagon Bison Ranch pasture

Following the orientation, we climbed into a wagon for the ride to the pasture. The bison knew they were in for a treat, so before we knew it, the wagon was surrounded by the herd for a close-up view. We were warmed to keep our arms and hands in the wagon and watch as Bud, and his brother Wally, fed them treats.  I was surprised by the color of the tongue. 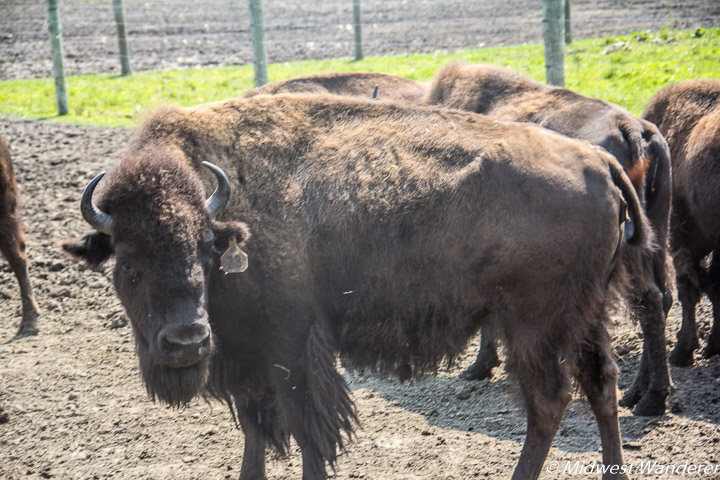 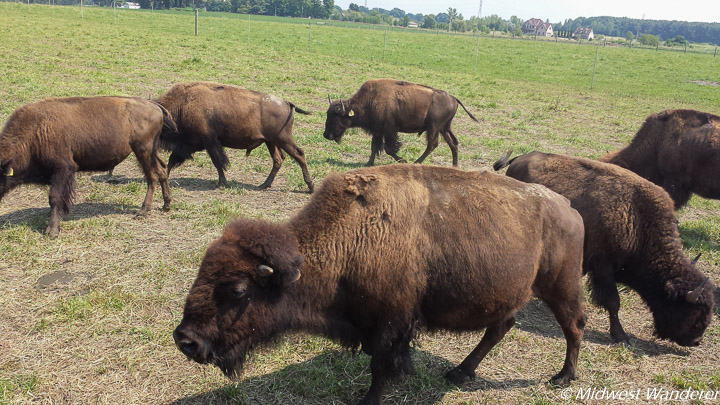 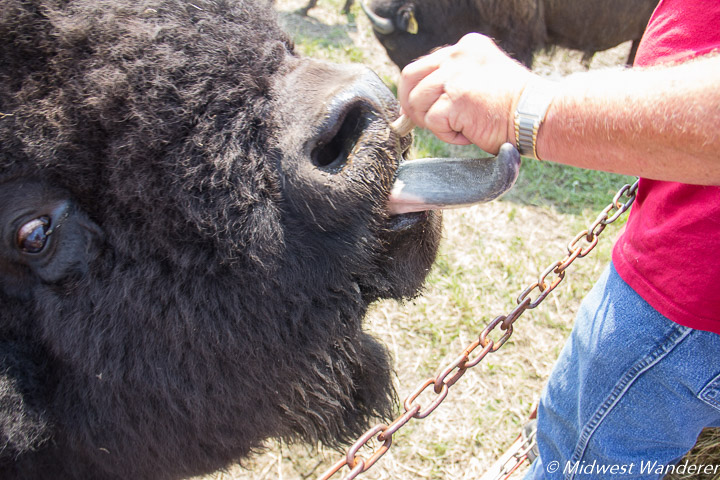 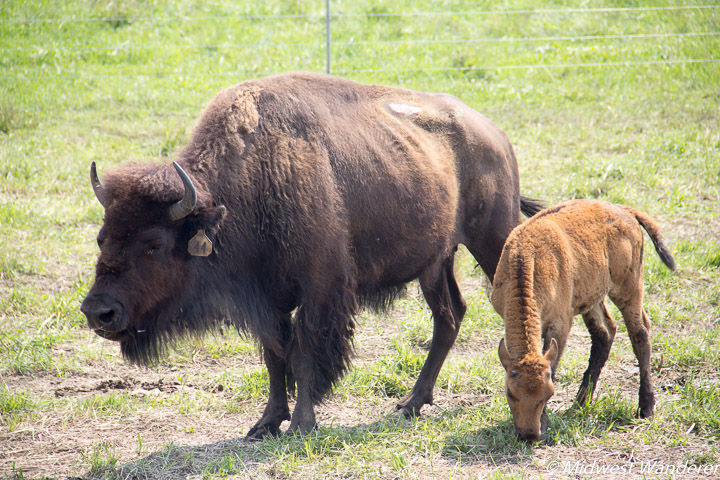 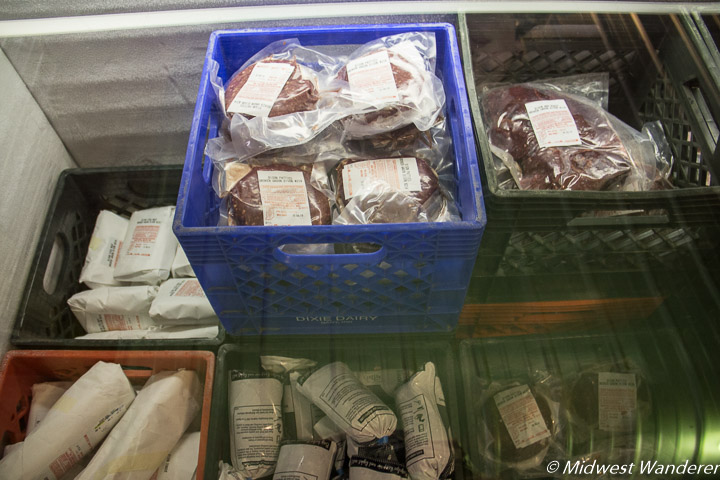 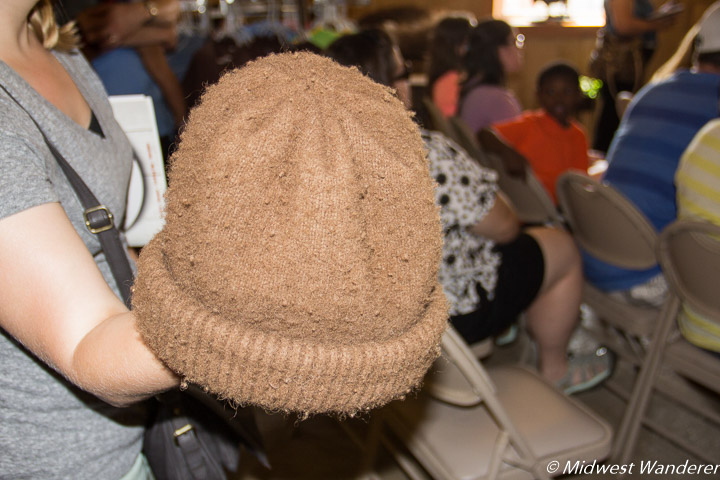 Accommodations: I stayed at the Comfort Inn Hammond during my visit to Northwest Indiana. Find the best deal, compare prices, and read what other travelers have to say at TripAdvisor

Disclosures: My visit to Broken Wagon Bison Ranch was hosted by the South Shore Convention & Visitors Authority. My admission was complimentary; however, all opinions in this article are my own.
This article contains an affiliate link. If you purchase a product or book a hotel room through these links, I will receive a small commission at no additional cost to you.

Before this summer, I knew little about Wild Bill Hickok. Then, within just a few weeks, we visited three places within Kansas and Illinois that all shared Hickok stories—quite a coincidence. I learned several fascinating facts about him. Here are END_OF_DOCUMENT_TOKEN_TO_BE_REPLACED