The World War II era Quonset hut doesn’t look like much from the outside, but step over the threshold at Charlie Parker’s Diner, and you take a giant step back to the rockin’ boppin’ 1950s. Every seat was taken at the glass-block lunch counter on the Saturday we visited and nearly every red vinyl chair around white Formica-and-chrome tables was filled. Off the beaten path in Springfield, Illinois, we didn’t know about it until we joined Alicia Erickson of the Springfield Convention & Visitors Bureau there for lunch. 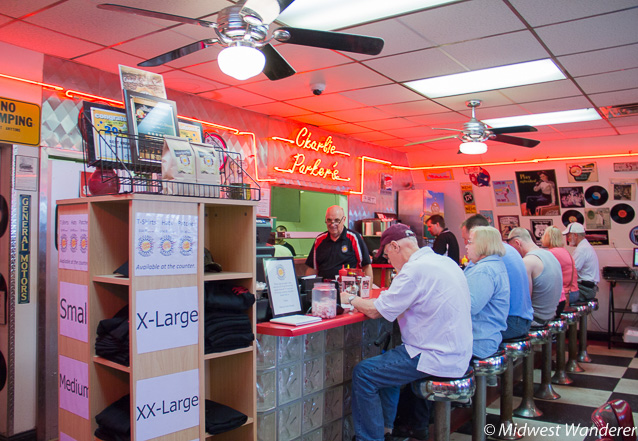 The diner’s ambiance is set with not only the furniture, but all the memorabilia that adorns the walls, including lots of old 45s, LPs, posters and signs. The décor had been started before the Murphys bought the restaurant, but they have added to it. “Like those pictures were there,” says Murphy, pointing to a couple of posters, “but nothing was in between them, so we finished it off.”

Ambiance is nice, but what really makes a restaurant is the food. I had a basic burger with lots of condiments that hit the spot. But Charlie Parker’s is especially known for their breakfast dishes like a corned beef hash omelette and plate-size pancakes. 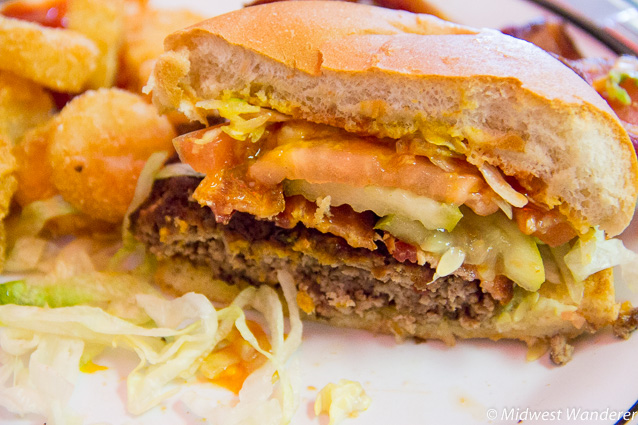 It isn’t surprising that Charlie Parker’s Diner has won numerous local awards, including “Best Restaurant Off the Beaten Path” and “Best hangover Food.” They’ve also been featured on the Food Network’s Diners Drive-Ins and Dives television show with Guy Fieri, as well as several national magazines and newspapers.

Charlie Parker’s Diner, located at 700 West North Street in Springfield, Illinois, may be off the beaten path, but it’s only a little over three miles from downtown and definitely worth plugging into your GPS to get to.

Disclosure: Our lunch at Charlie Parker’s Diner was hosted by the Springfield Convention and Visitors Bureau. Our meal was complimentary, but any opinions expressed in this post are my own.

Before this summer, I knew little about Wild Bill Hickok. Then, within just a few weeks, we visited three places within Kansas and Illinois that all shared Hickok stories—quite a coincidence. I learned several fascinating facts about him. Here are END_OF_DOCUMENT_TOKEN_TO_BE_REPLACED