Drop by drop sticky sweet sap falls into the metal bucket hanging on the spout inserted into the maple tree. On a good day a bucket fills in 10 to 12 hours. It takes 30 to 50 gallons of sap to make just one gallon of maple sirup, something the Funk family has been doing since the 1820s. They began selling it commercially in 1891, 35 years before Route 66 was commissioned. Located near the midpoint of Illinois’ portion of Route 66, you can visit the Funks Grove farm and pick up some sirup for yourself if your timing is right. 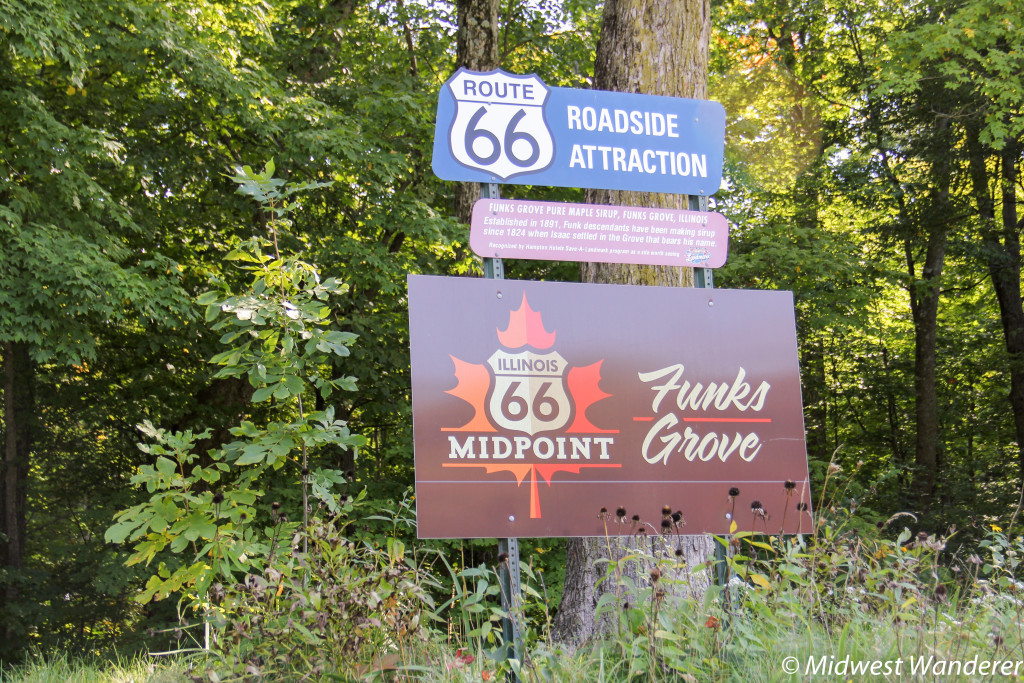 Funks Grove sirup season generally runs from mid-February to mid-March, and they begin selling in March. When temperatures are above freezing during the day and below freezing at night the sap begins to flow. They sell the sirup until the supply is depleted, usually August or September,and then they close the doors for the year. We visited at the end of September last year, and managed to snag some of the last available light amber sirup. 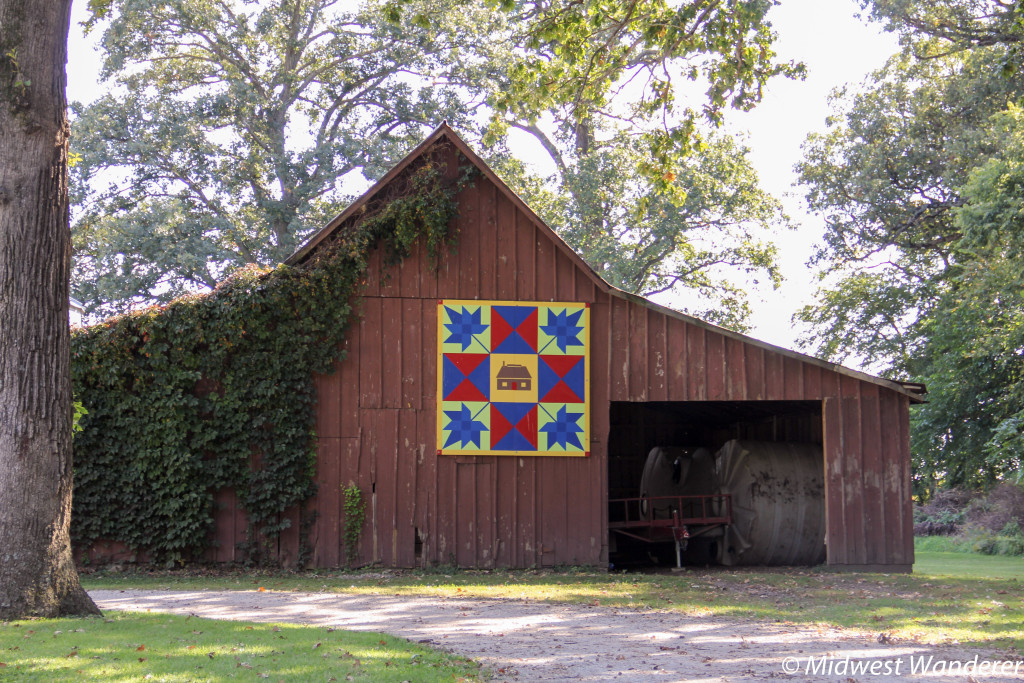 According to Debby Funk, partner in the business, light amber sirup is considered premium, made from sap collected earlier in the season and not cooked as long, but it doesn’t last as long either. The longer the sap is cooked and the later in the season it’s gathered, the darker it will be. 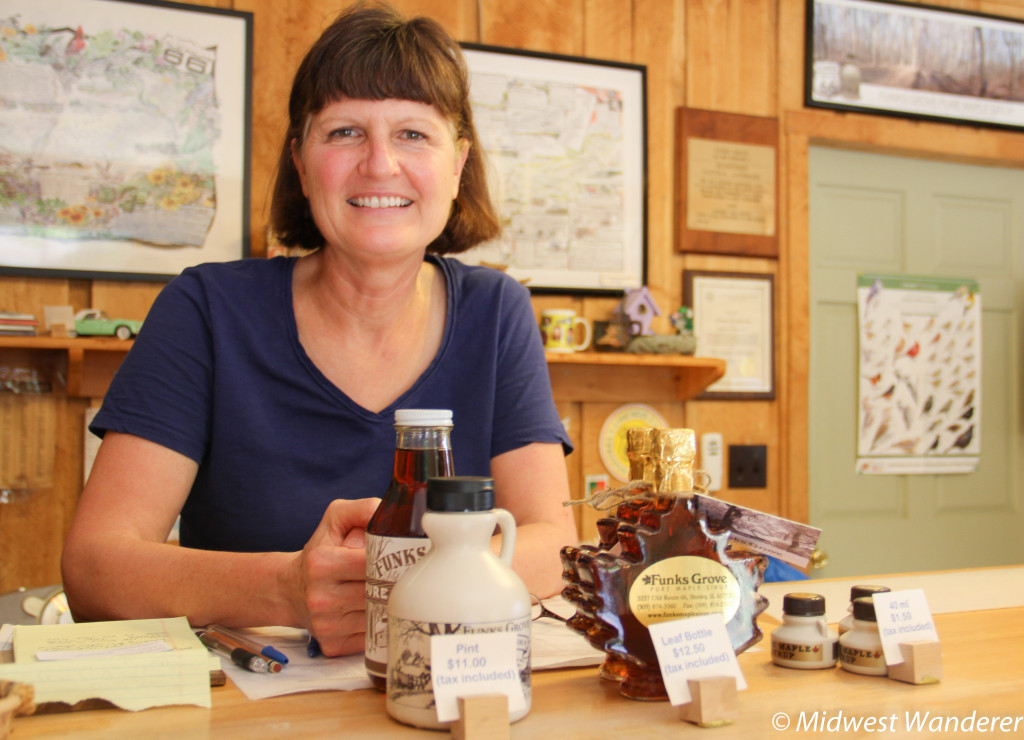 At Funks Grove you can choose light, medium or dark. You can tell the difference in the taste, too. The darker the sirup, the heavier the flavor. Debby said the darker sirup is excellent for cooking. The maple syrup that you purchase in the store is usually a blend. 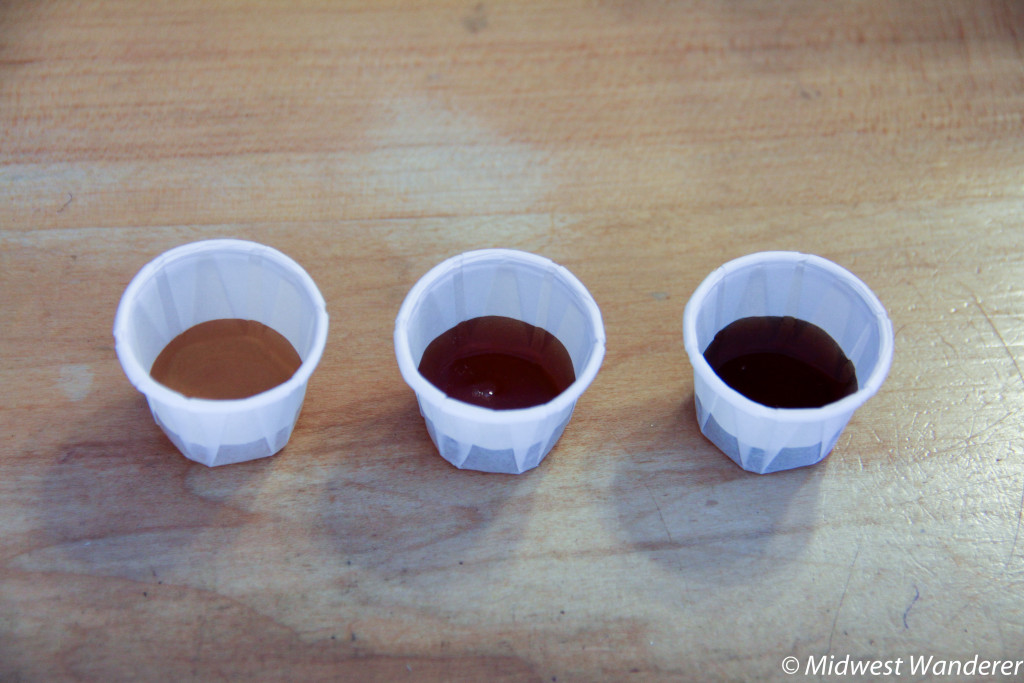 You may have noticed that I’m spelling the word “sirup” instead of the commonly used “syrup.” Family ancestor Hazel Funk Holmes, who took the reins of the company in the 1920s arranged protection for the timber and farmland in her will . She also expressed her wish for the sirup to be spelled with an “i,” at the time the preferred spelling by Webster’s. And so it has stuck. 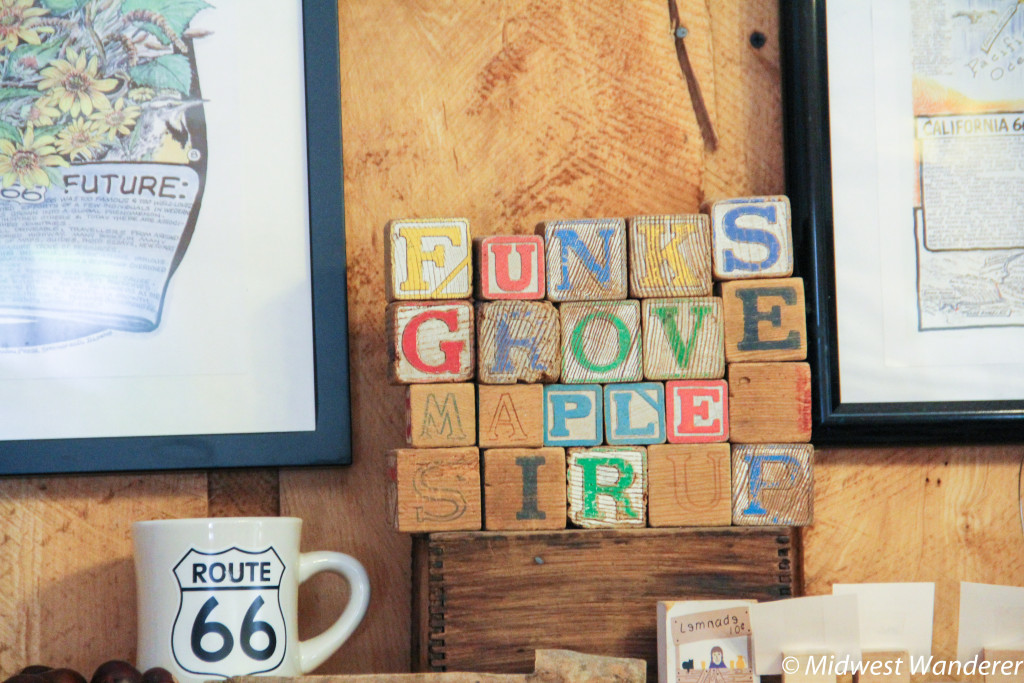 Funks Grove Pure Maple Sirup is located between the towns of Funks Grove and Shirley, Illinois, on Route 66, or between I-55 Exits 145 and 154. Check the web site for store hours and other details.

Before this summer, I knew little about Wild Bill Hickok. Then, within just a few weeks, we visited three places within Kansas and Illinois that all shared Hickok stories—quite a coincidence. I learned several fascinating facts about him. Here are END_OF_DOCUMENT_TOKEN_TO_BE_REPLACED