The young man at the Hurts Donut counter in Springfield, Missouri, told us, “When they first started, people were like, people aren’t gonna wait out in a line for a donut.” Yet, two days before our visit, a Sunday morning, there was a line out the door for four hours. What’s all the hype over donuts? One look in the donut cases will tell you. Hurts donuts are the wackiest, most over-the-top donuts I have ever eaten. 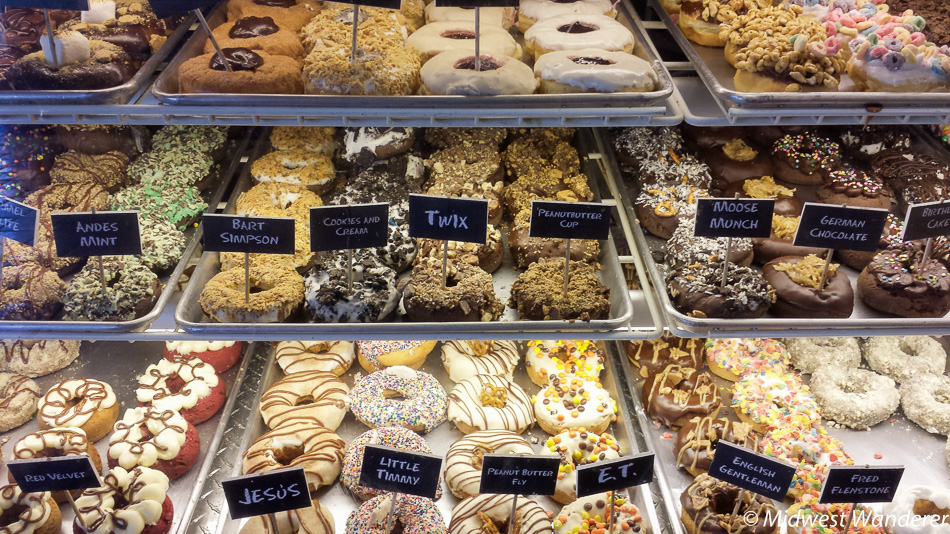 Hurts donuts go way beyond the usual glazed or frosting with sprinkles. They do offer those, but others are crazy varieties. Froot Loops, Honey Smacks and other sugary breakfast cereals you loved as a kid top the Cereal Killer series. 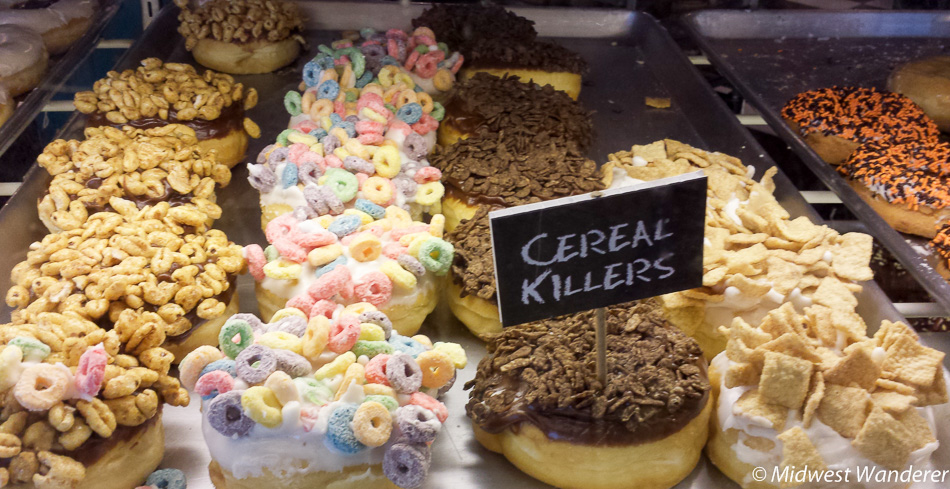 You’re more of a candy eater? How about crushed Twix bars, Andes mints or peanut butter cups topping your donut? The Guinness donut is filled with Irish cream. Nutella or peanut butter and jelly fill other donuts. 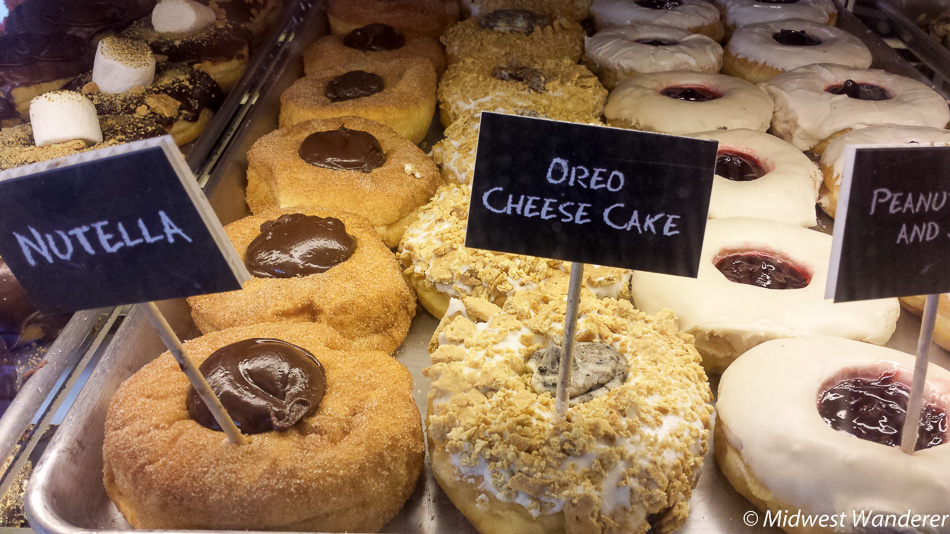 Our choices? I went for a real breakfast treat and the local favorite: the Maple Bacon Me Crazy. I thought no way would I be able to finish the long john topped with maple frosting and loaded with crumbled bacon since I had already eaten breakfast, yet I couldn’t stop eating it. Skip went for the Nutella-filled donut, another top-seller.

The fun doesn’t end with the donuts but extends to the name itself and even the restrooms. The name, Hurts Donut, comes from a silly joke. You ask someone if they want a Hurts Donut. If they say yes, you punch them on the arm and say, “Hurts, don’t it.” As for the restrooms, well, the graphics on the restroom doors indicate which one to use.

Owners Tim and Kass Clegg never made a donut until the day their store opened. They learned to make them by watching YouTube videos. However, they couldn’t practice what they learned until their machinery was inspected. They’ve come a long way in two years, extending to Kansas, Iowa, Oklahoma and a second Springfield location.

If you visit Hurts Donut

Hurts Donut, located at 320 Park Central West, in downtown Springfield, Missouri, is open 24 hours a day, seven days a week. Plenty of seating is available for those who want to stay awhile, and Hurts Donut sometimes provides entertainment in the evening, including open mic nights. Link to Hurts Donut on their Facebook page. 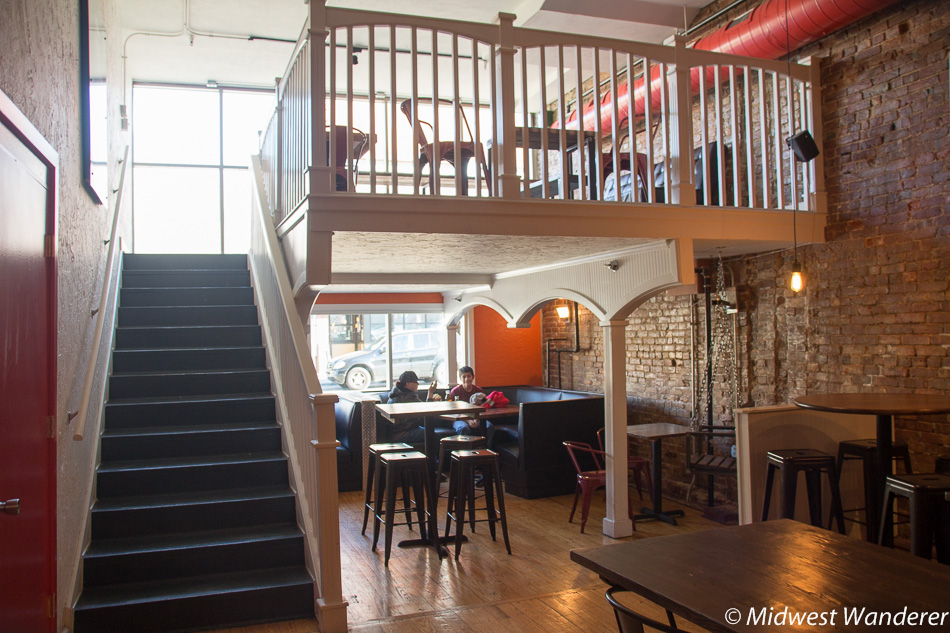 Disclosure: Our visit to Hurts Donut was hosted by the Springfield Missouri Convention and Visitors Bureau, but any opinions expressed in this post are my own. Photos by Skip Reed and Connie Reed.

Thank you for reading Midwest Wanderer. Don’t miss a post. Enter your e-mail address below and click Subscribe. We will then e-mail you whenever we publish another post. Subscription is FREE. After subscribing, be sure to click the link when you get the e-mail asking you to confirm.   – Connie

Before this summer, I knew little about Wild Bill Hickok. Then, within just a few weeks, we visited three places within Kansas and Illinois that all shared Hickok stories—quite a coincidence. I learned several fascinating facts about him. Here are END_OF_DOCUMENT_TOKEN_TO_BE_REPLACED