Indiana, like most Midwest states, is big in agriculture. Soybeans, corn and cattle are common. But shrimp? Shrimp are salt water creatures. Indiana doesn’t have salt water. To my surprise, I found out there are a few shrimp farms in Indiana, including JT Shrimp in Wheatfield, where co-owner Scott Tysen gave us a tour.

Scott and his wife Leslie share the family farm with Scott’s dad, where they raise the soybeans, corn and cattle. However, the farm doesn’t produce enough income to support the entire family. Scott’s dad, who also farms the family’s land, recently retired from another full-time job. Scott was working construction, but when the construction industry slowed down, he turned to raising shrimp, something he had heard about and caught his interest.

I had never seen a live shrimp before, only already processed in the grocery store or served to me on a dish. The Tysens keep a couple of them in an aquarium so kids who come on tours can get a close-up look. The ones in the aquarium are about a year and a half old, so they’ve grown quite large. 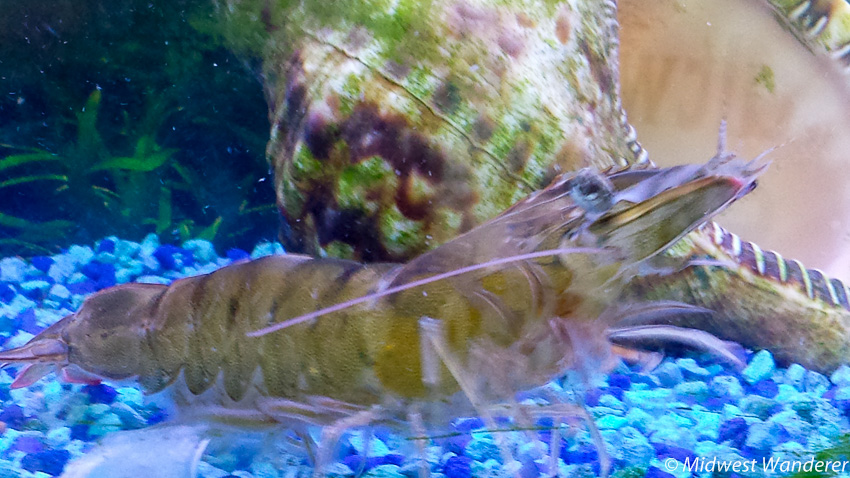 Here are a few facts about shrimp in general:

The farm is actually a metal building with ten swimming pools used as tanks, each with a filtration system. Nine tanks are filled with shrimp. The tenth is a holding tank with water prepped to fill other tanks or to temporarily hold shrimp while another tank is being cleaned. 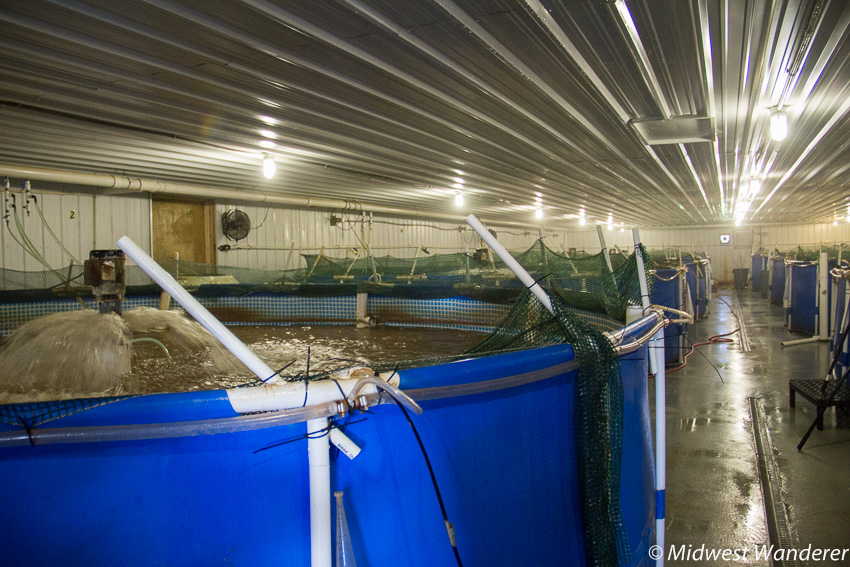 Each tank holds 6,000 shrimp to start. Scott gets the shrimp when they’re about two months old from another farm that raises them from larvae. It takes about three months or so to grow to the point he can sell them, which is between 20 to 28 shrimp per pound. 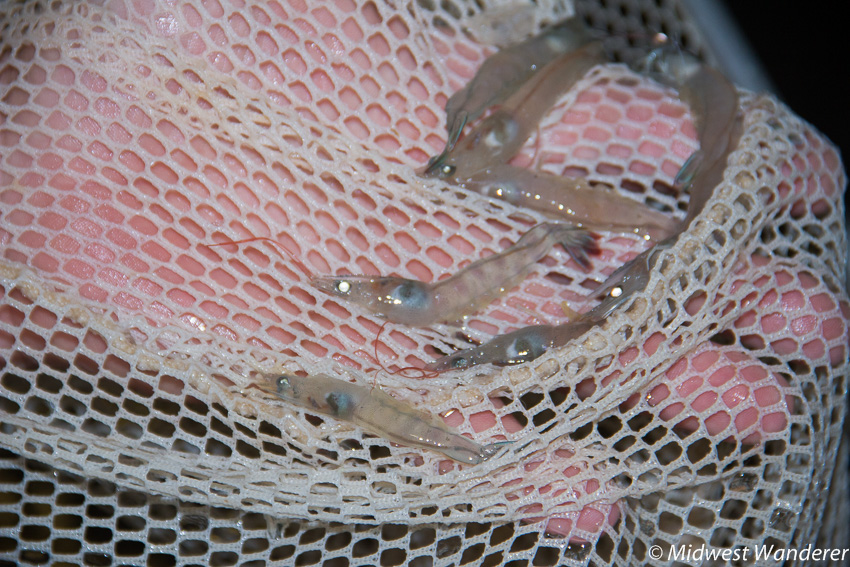 The Tysens have been raising shrimp for a couple of years and selling them for not quite a year and a half. It’s been a learning process, trying to get the water conditioned just right, the correct level of salinity and PH without using chemicals or antibiotics. Instead they use natural products like baking soda and glycerin. The survival rate, as low as 10 percent a few times, has been steadily increasing. Scott predicts it will take another few months to get to the 60 percent survival rate needed to turn a profit. Scott tests the water every day, making adjustments as necessary. He also works with the Purdue University Extension to learn best practices.

The shrimp doesn’t come out of the tank until you go to JT Shrimp to purchase it. He even takes them live when he sells them at nearly farmers markets. 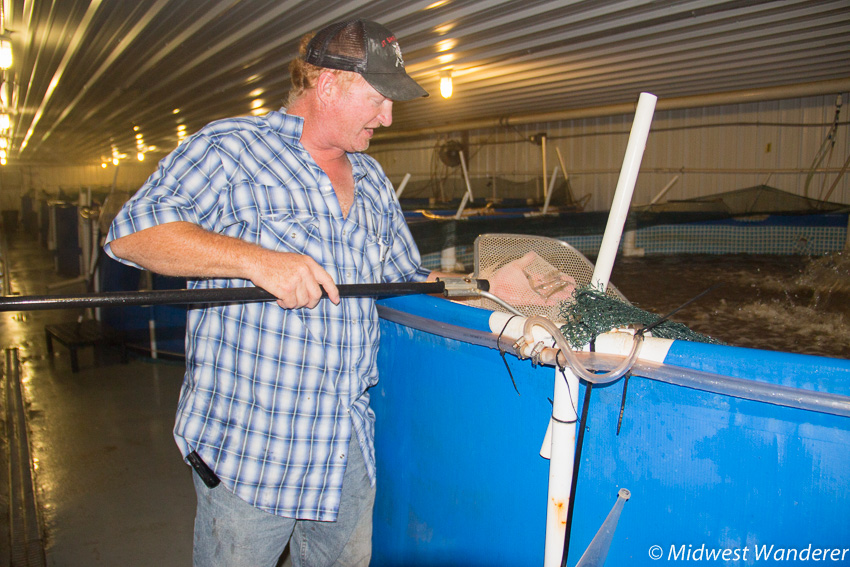 When you purchase the shrimp, he puts them in a plastic zip bag, which he can then put in another bag that has ice on it. JT Shrimp doesn’t clean the shrimp for you or put them directly on ice. That would make them food processors, which would encompass another whole set of rules to follow. They will tell you how to clean them and how to cook them. (If you’re boiling the shrimp, boil in beer rather than water; beer doesn’t shrink the meat.) Scott says their shrimp is sweeter than most shrimp. In fact, he has one customer who grew up on the East Coast and says it’s the best shrimp she’s ever had. Scott attributes its sweet taste to clean water and the glycerin that’s added to the water.

And what about the shrimp that die before he’s ready to sell them? He often sells them as fish bait.

JT Shrimp is located at 4816 W 1450 N in Wheatfield, Indiana, about 70 miles southeast of Chicago. Check the website for additional details, including hours, tour information and price of shrimp.

Disclosure: Our visit to JT Shrimp was hosted by the South Shore Convention & Visitors Authority, and our admission was complimentary. However, all opinions in this article are my own. Photos by Skip Reed.

Before this summer, I knew little about Wild Bill Hickok. Then, within just a few weeks, we visited three places within Kansas and Illinois that all shared Hickok stories—quite a coincidence. I learned several fascinating facts about him. Here are END_OF_DOCUMENT_TOKEN_TO_BE_REPLACED