We visited the National Civil War Museum last summer during our visit to Harrisburg, Pennsylvania. The museum tells the story of both the Union and the Confederacy, emphasizing personal human elements through stories, artifacts and dioramas.

Tension had been brewing between the North and the South for decades over slavery. Slavery was dominant in southern states. It was the backbone of South’s agrarian economy. Conversely, northern “abolitionists” felt slavery was wrong. They wanted to do away with slavery. Abraham Lincoln, who ran on a strong anti-slavery platform, won the 1860 presidential election. A month later, South Carolina seceded from the Union. Ten more southern states followed suit. Less than four months later, the first shots of the Civil War were fired. 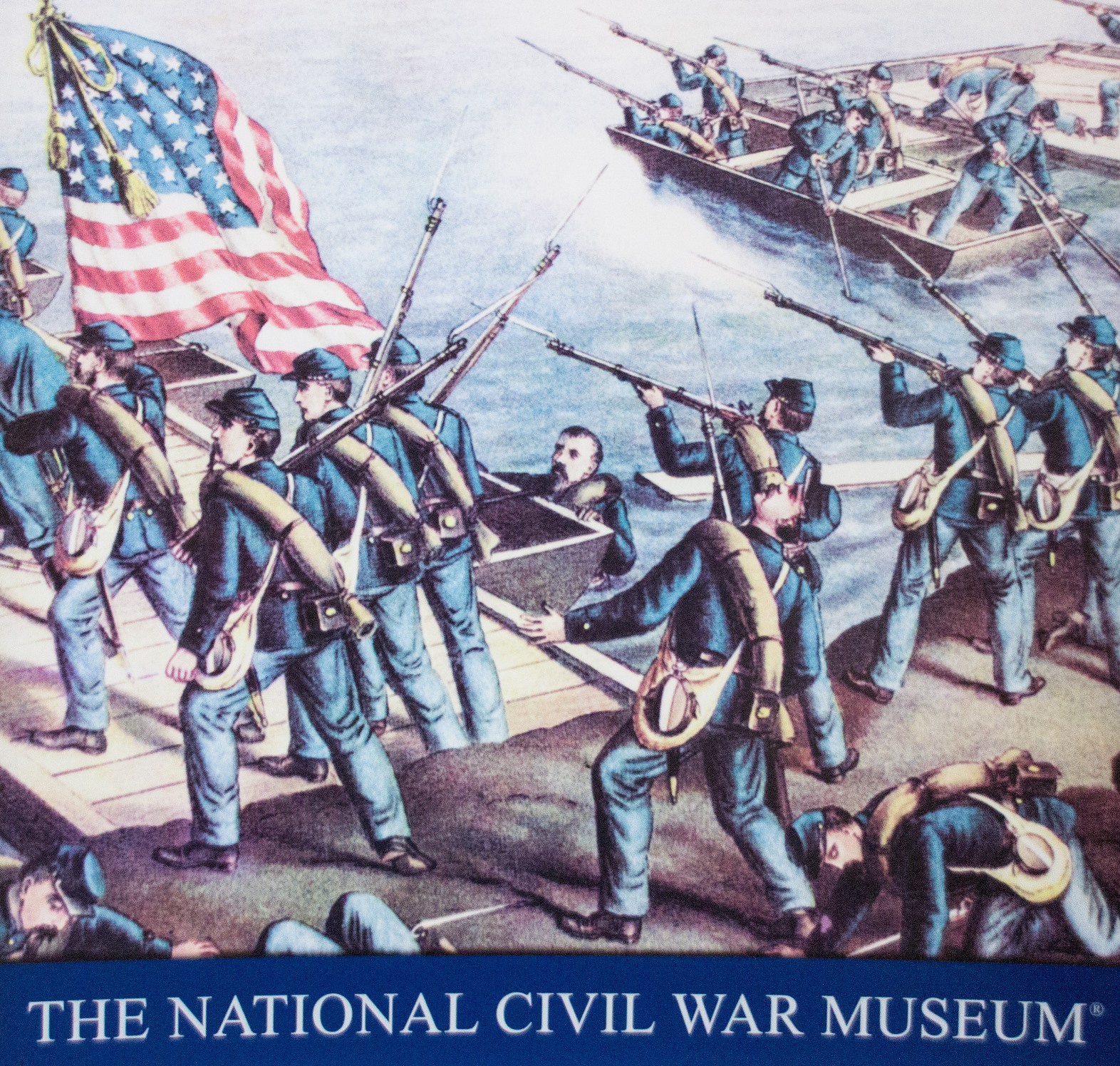 Slavery and states’ rights led to the Civil War

A timeline in the National Civil War Museum presents a historical overview of the slavery conflict. The attempt to end slavery began early in United States history. In 1790 the Quakers petitioned Congress to abolish slavery. That was when George Washington was president! However, slavery was still abundant over 60 years later, primarily in the south. The South felt that the federal government was overstepping its bounds in its efforts to abolish slavery on a national level. They argued that slavery was a state’s right. 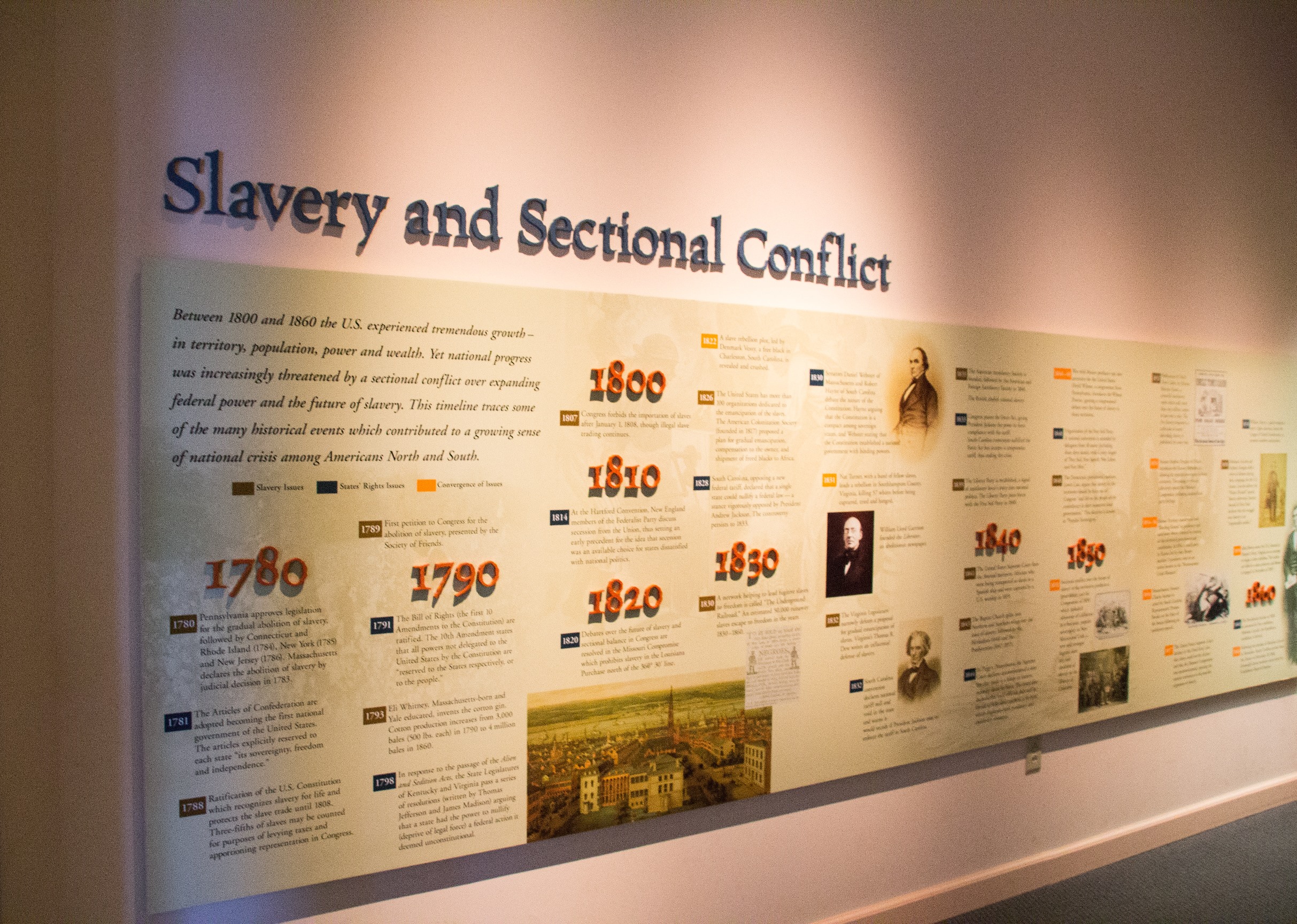 The museum’s collection includes over 4400 artifacts and over 20,000 Civil War archival items. They rotate the artifacts in the exhibits, with about a third of them on display at any one time. Union and Confederate uniforms and weapons, as well as eating utensils and medical supplies, were among the artifacts exhibited during our visit. 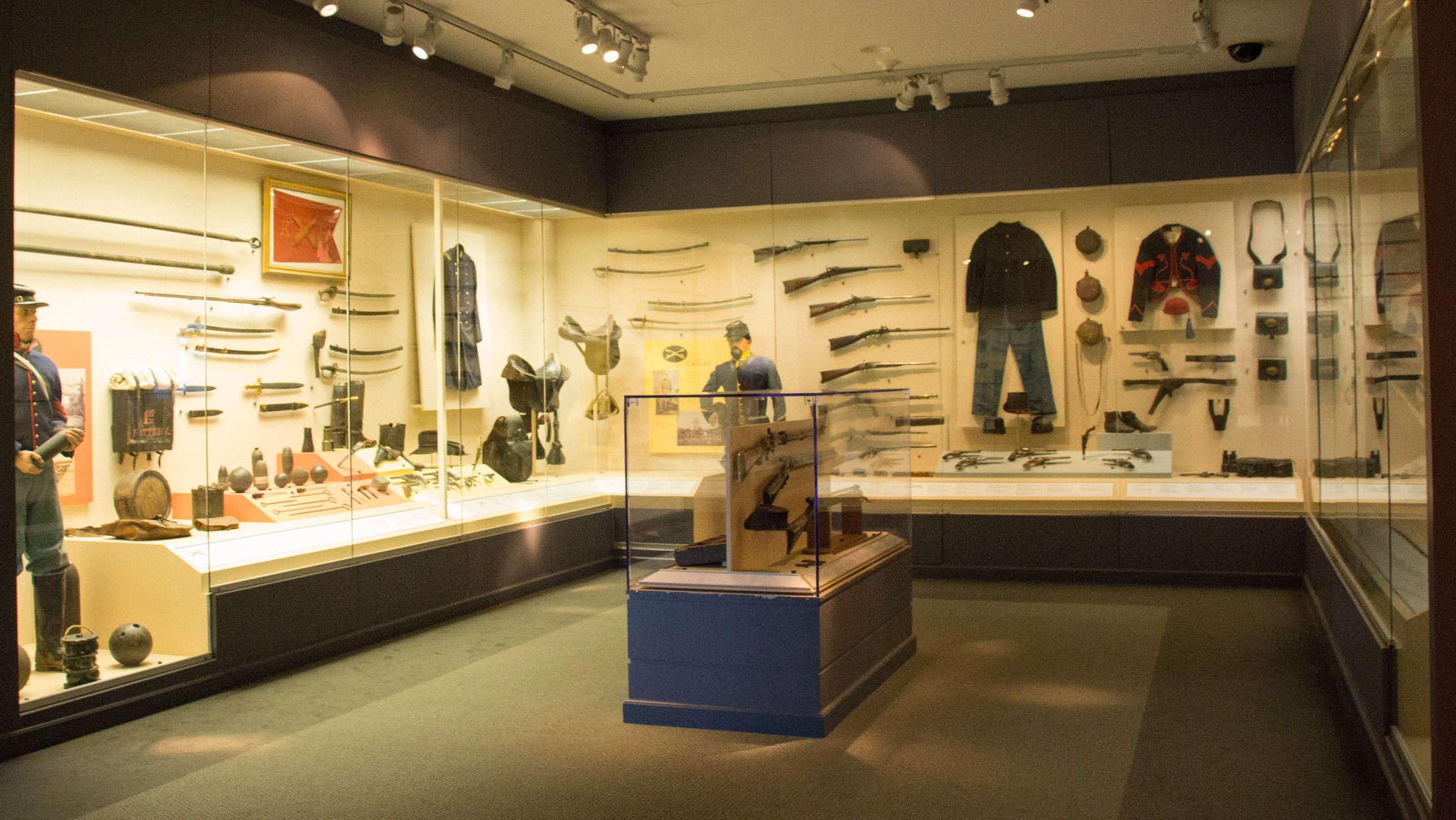 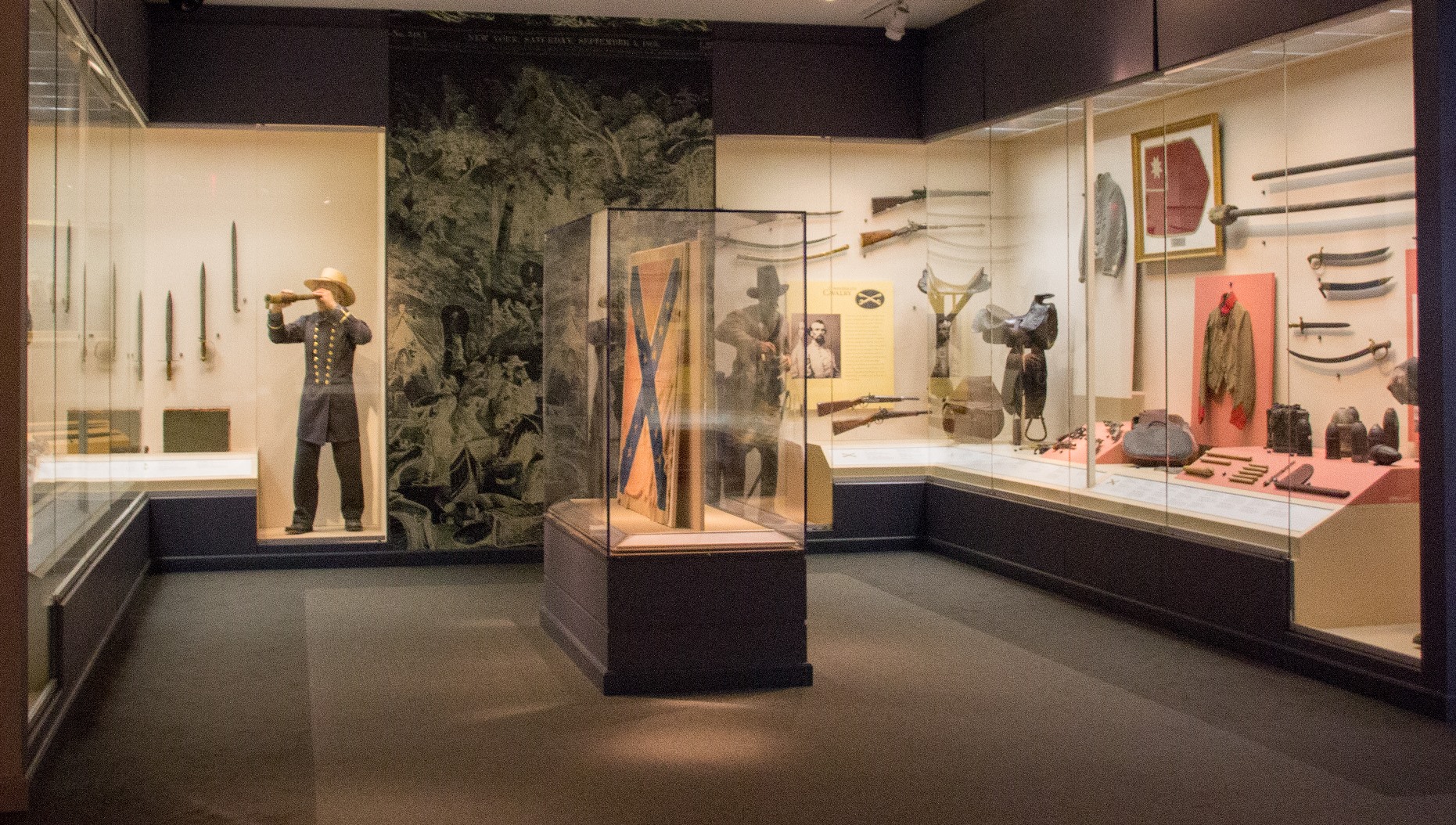 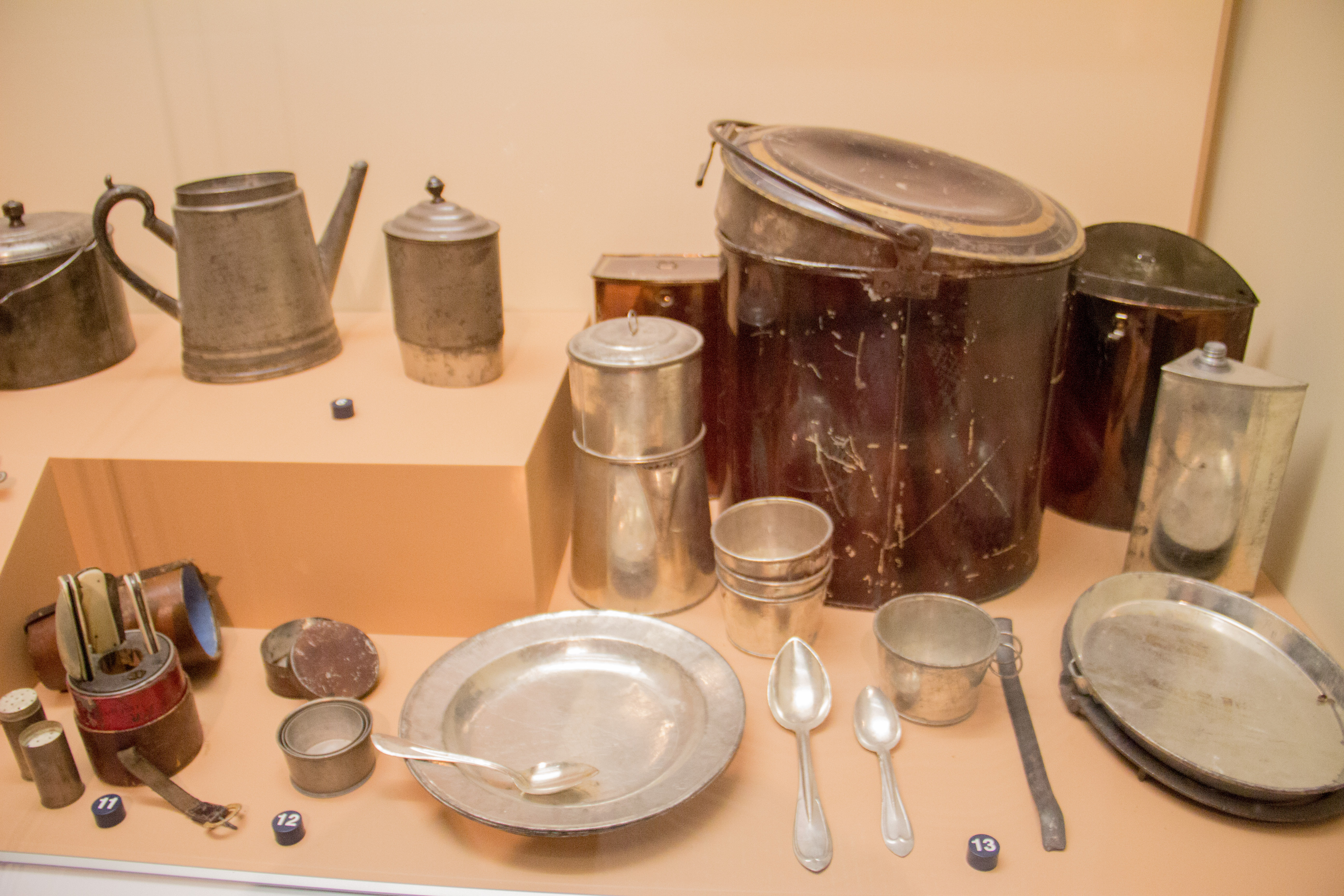 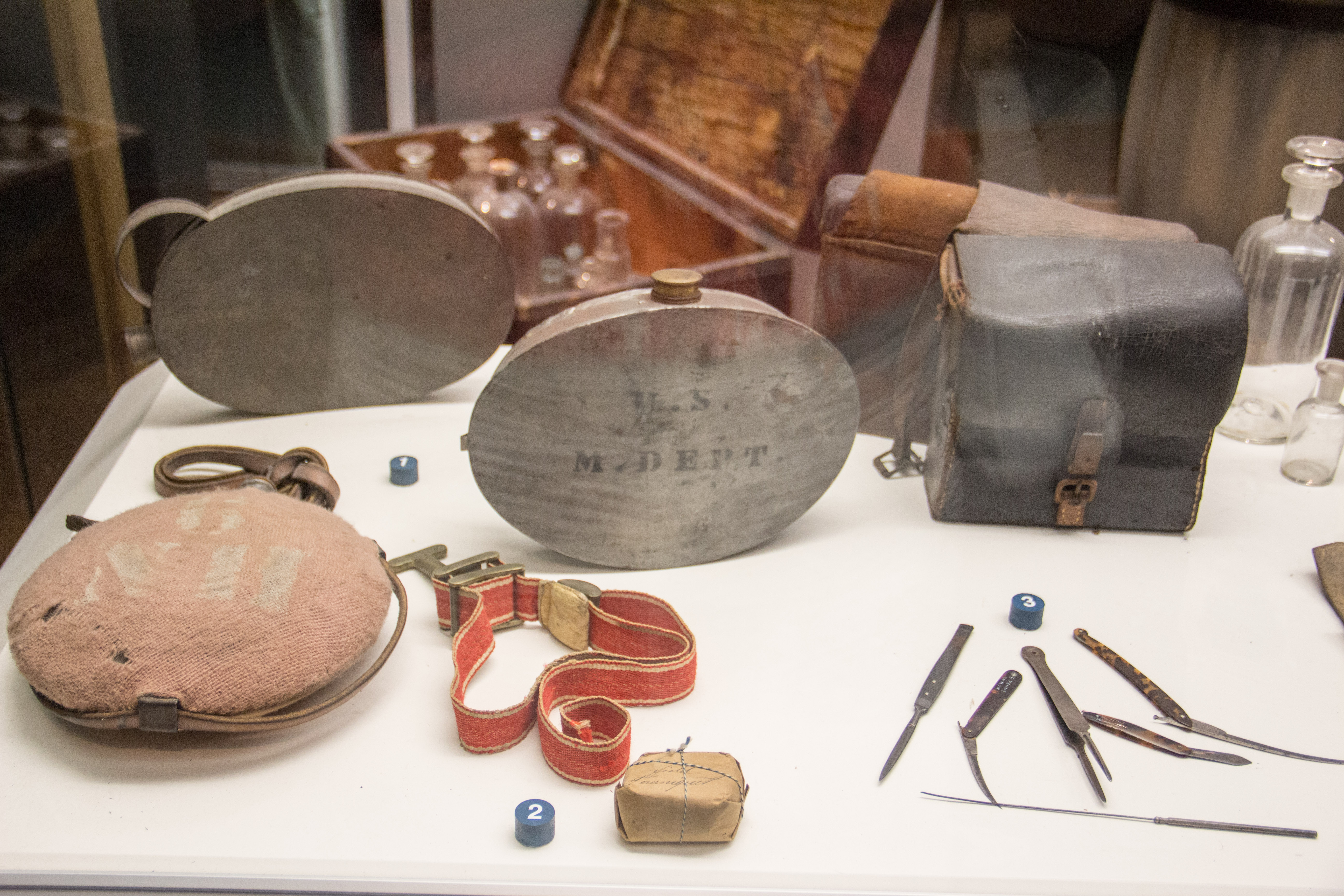 Didactic placards throughout the museum explain events leading up to the Civil War. They also describe battles, events and what life was like for soldiers during the war. However, I think the dioramas are even more descriptive. The depictions of a slave auction … the first shots fired in the war as the Confederacy took Fort Sumter from the Union … the amputation of a wounded soldier’s leg … all tear at the heart. 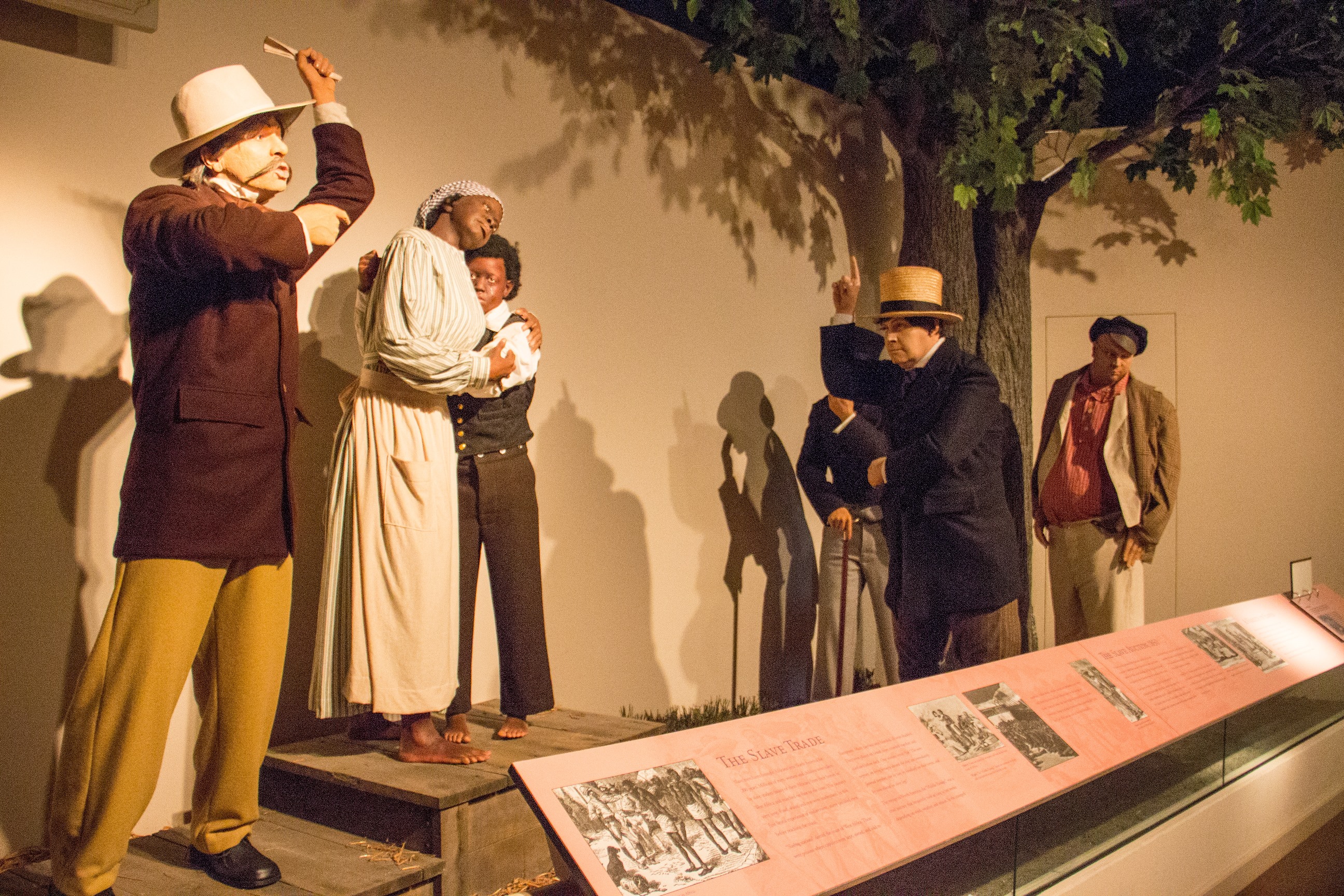 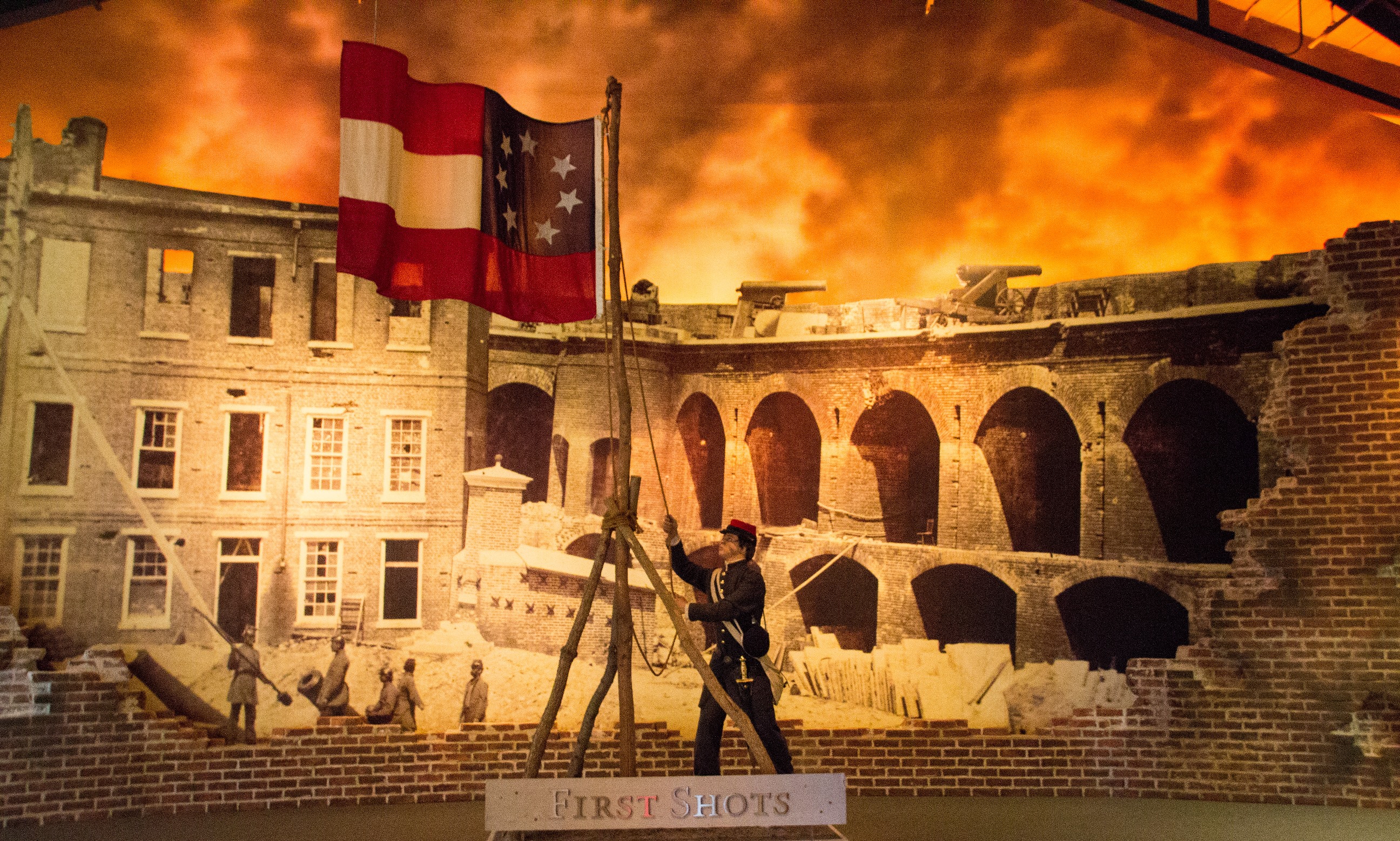 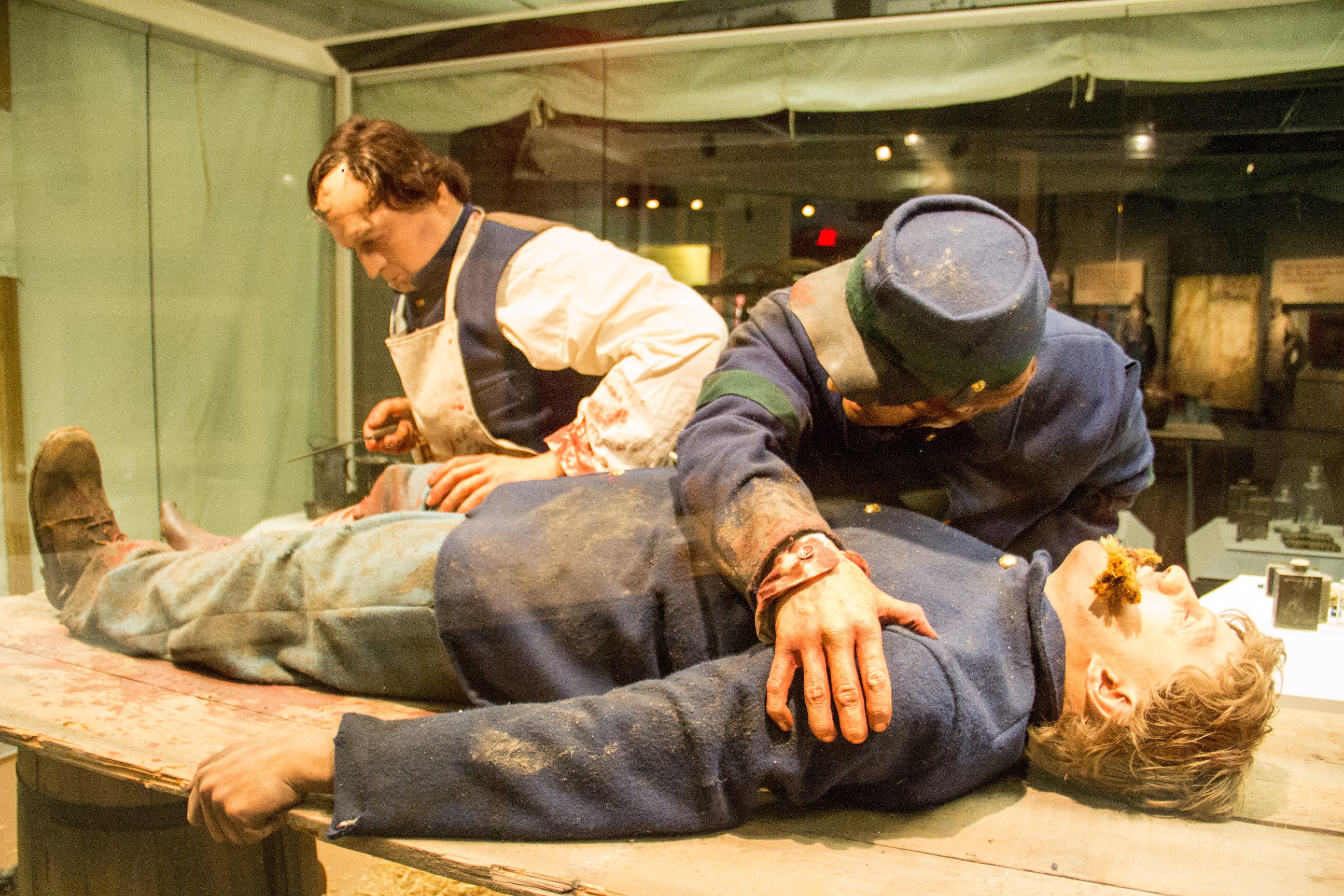 Just as heart wrenching are quotes scattered through the museum’s exhibits.  The quotes vividly describe the soldiers’ experiences and feelings.

View from the museum

A window on the museum’s second floor overlooks Harrisburg’s gently rolling hills. It’s difficult to believe that a little more than 150 years ago, similar nearby landscapes were covered with blood and corpses of Civil War casualties. 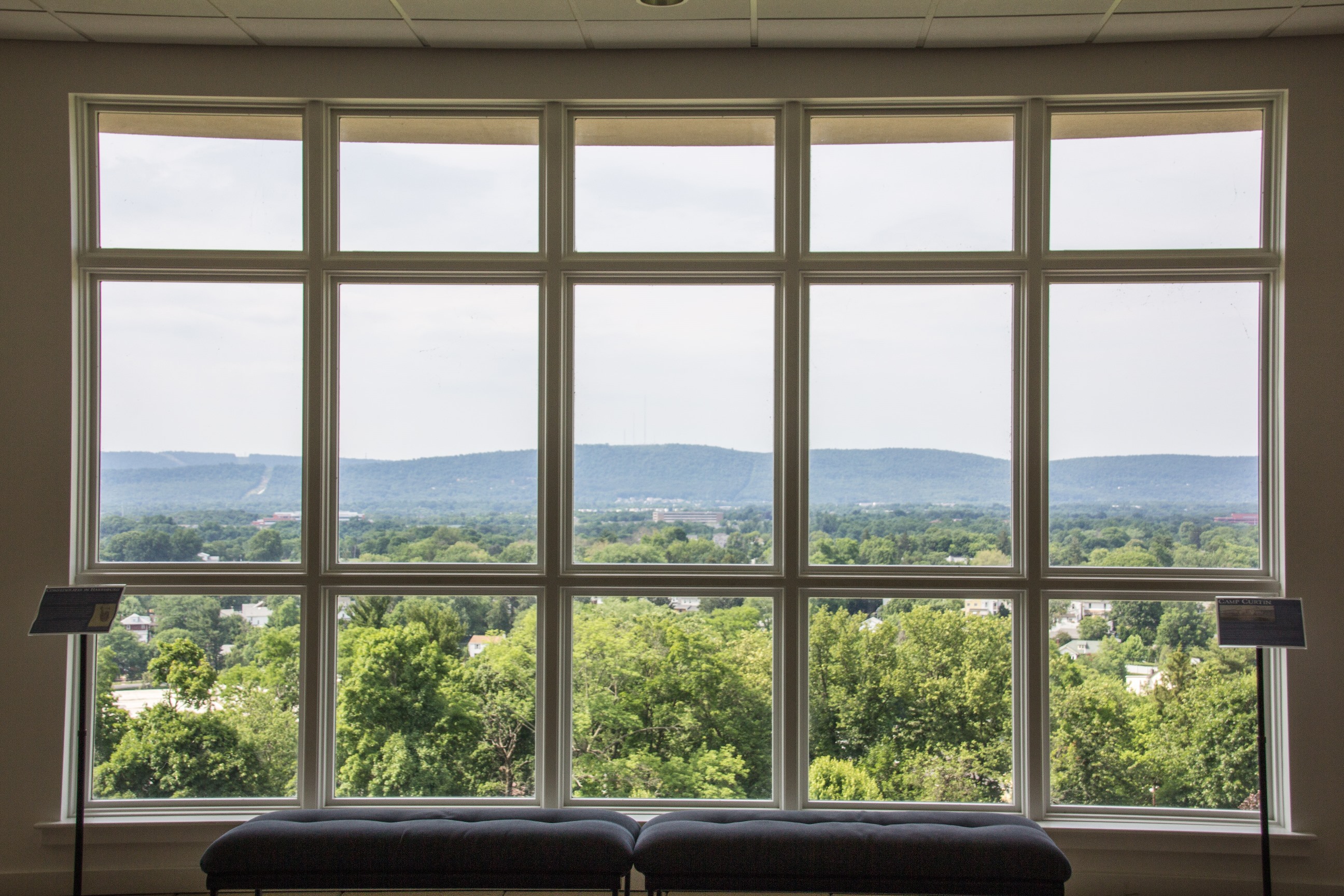 If you visit the National Civil War Museum

The National Civil War Museum, located at One Lincoln Circle in Harrisburg, Pennsylvania, is open seven days a week. Tours are self guided. Plan on spending at least two hours in the museum. Check the museum web site for hours, admission fees and other details. 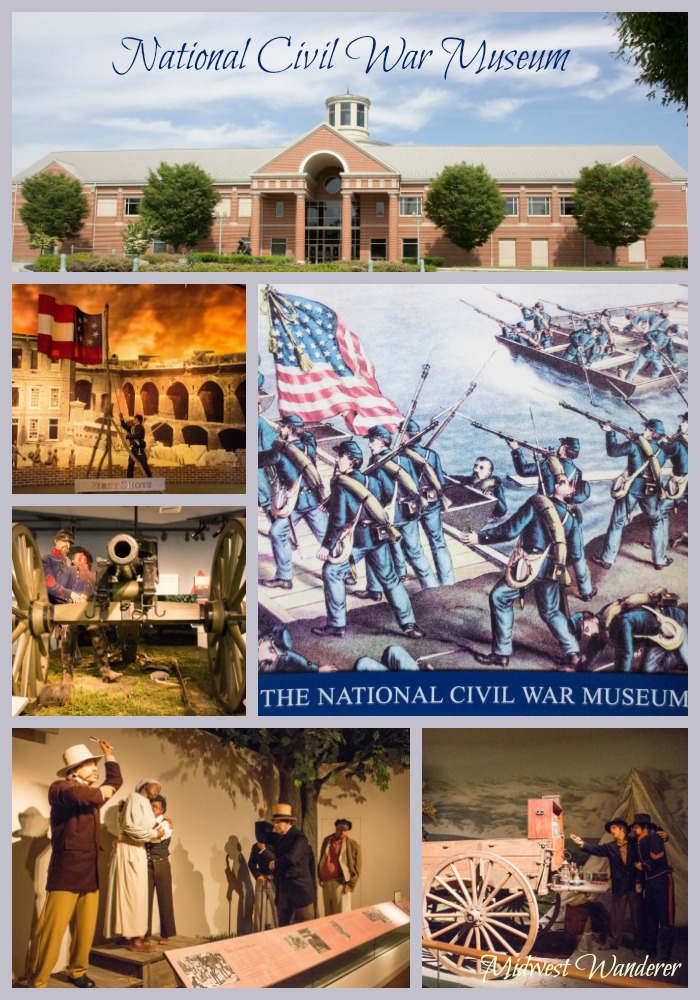 Disclosures: The Hershey Harrisburg Regional Visitors Bureau and the National Civil War Museum hosted our visit to the museum. Our admission was complimentary. However, any opinions expressed in this article are my own.
This article contains an affiliate link. If you book a room through the “find hotel” link above, I will receive a small commission at no additional cost to you.

Before this summer, I knew little about Wild Bill Hickok. Then, within just a few weeks, we visited three places within Kansas and Illinois that all shared Hickok stories—quite a coincidence. I learned several fascinating facts about him. Here are END_OF_DOCUMENT_TOKEN_TO_BE_REPLACED