I always thought Ripley’s Believe It or Not! museums were  big tourist traps. After all, they’re located in all the touristy areas. However, something compelled me on my last trip to Branson to visit the Ripley’s museum there. Curiosity, I guess. Or maybe it was the rainy weather that weekend that made me want to do indoor things. It turns out that I really enjoyed it. Some of the exhibits are wacky, some educational, but I found all of them to be fascinating. 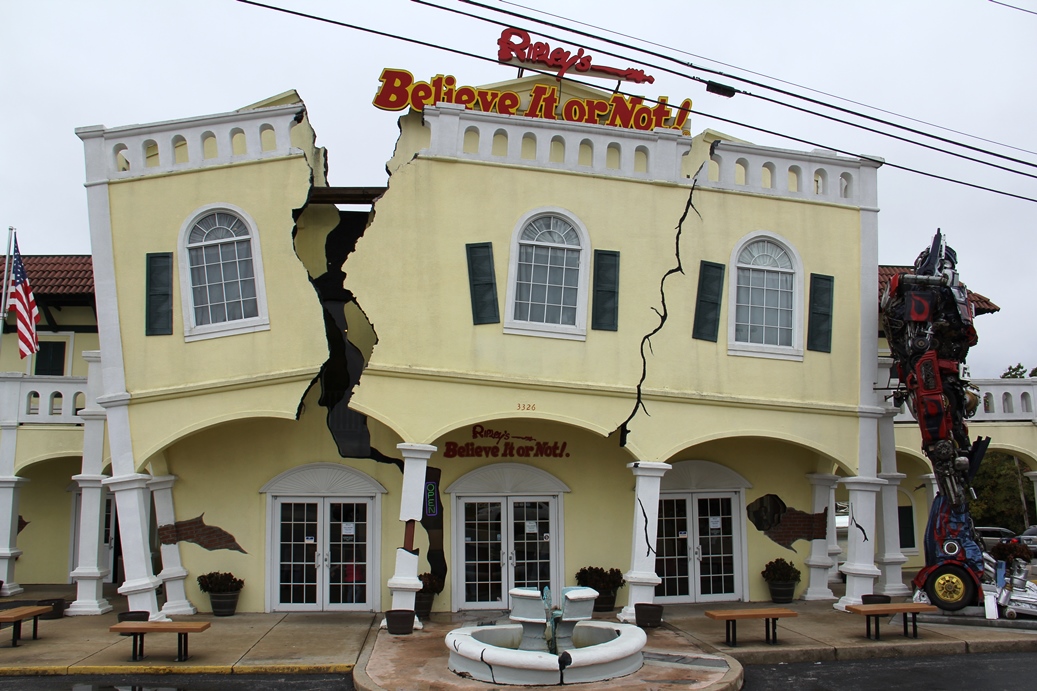 I learned that the building is modeled after the earthquake of New Madrid earthquake. That’s the earthquake that made the Mississippi River flow north for several hours and that wiped out the Illinois capital city of Kaskaskia.

The world’s largest roll of toilet paper is in the museum, made by Charmin to set a world record. 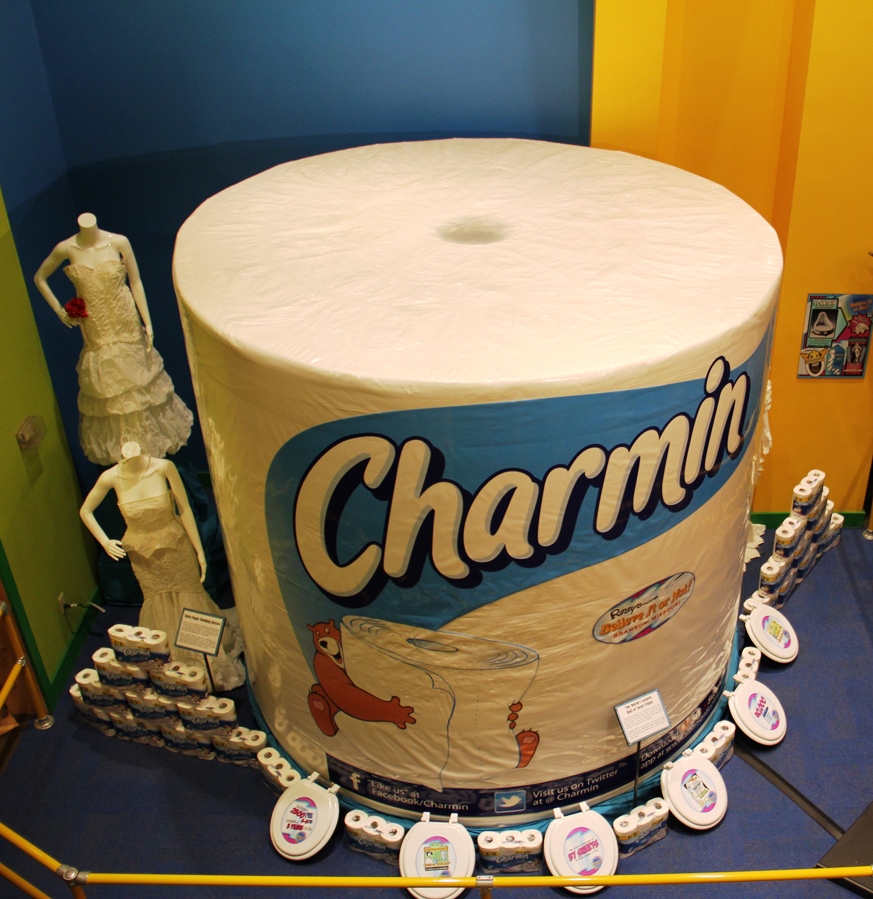 The toilet paper is surrounded by toilet seats with toilet trivia posted on them, and is flanked by a couple of evening gowns made entirely out of toilet paper. I wouldn’t want to get caught in a rain storm while wearing one of these. On the other hand, it could come in handy if the stall is out of paper. Just tear off a piece of your dress. 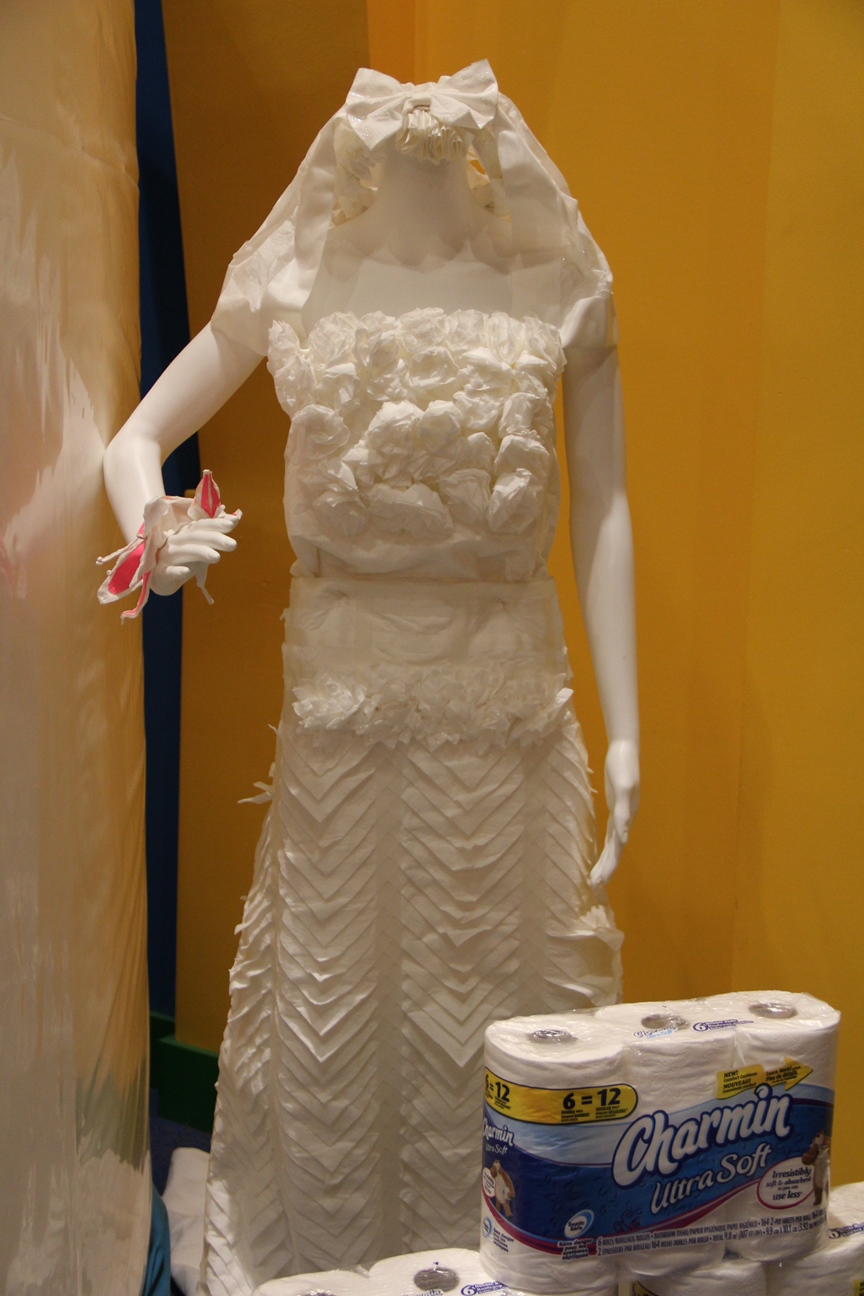 A huge model of the Hulk is made from old auto parts. Its head alone weighs 300 pounds 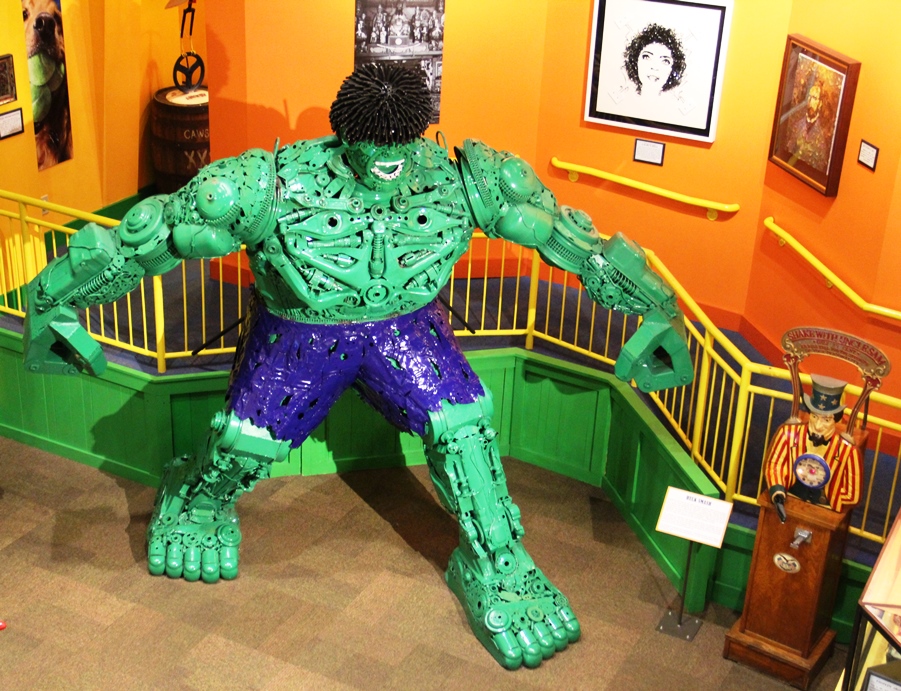 This life-size stagecoach is built out of toothpicks, every bit of it. It took Terry Woodling (Is his name a coincidence?) of Warsaw, Indiana, fifteen years and 1.5 million toothpicks to build it. 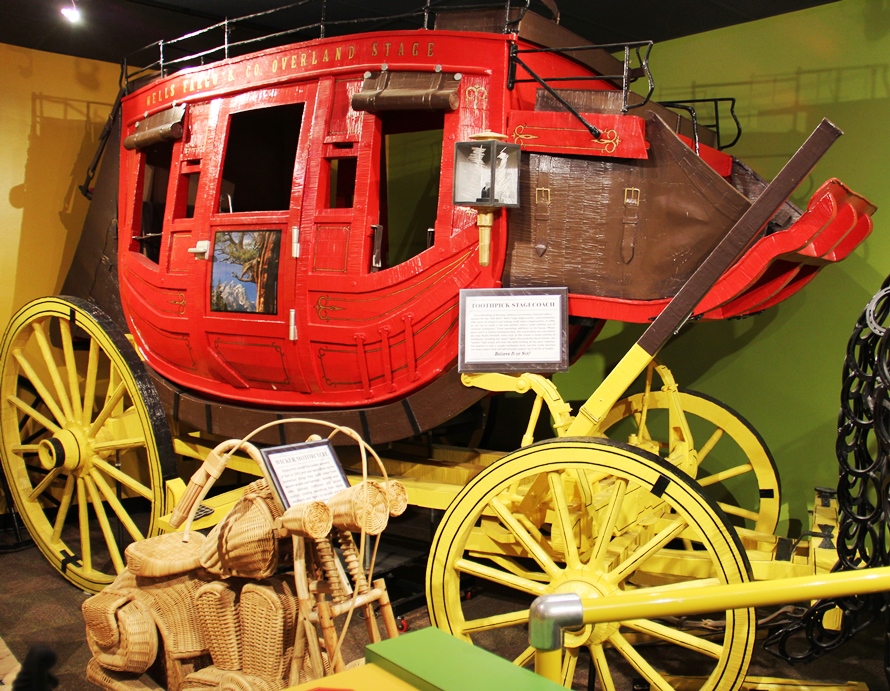 Another work of art, this one a pterodactyl created by Jim Shore of Florida, is constructed out money, about a half million dollars’ worth. The money had been shredded and disposed of by the U.S government. 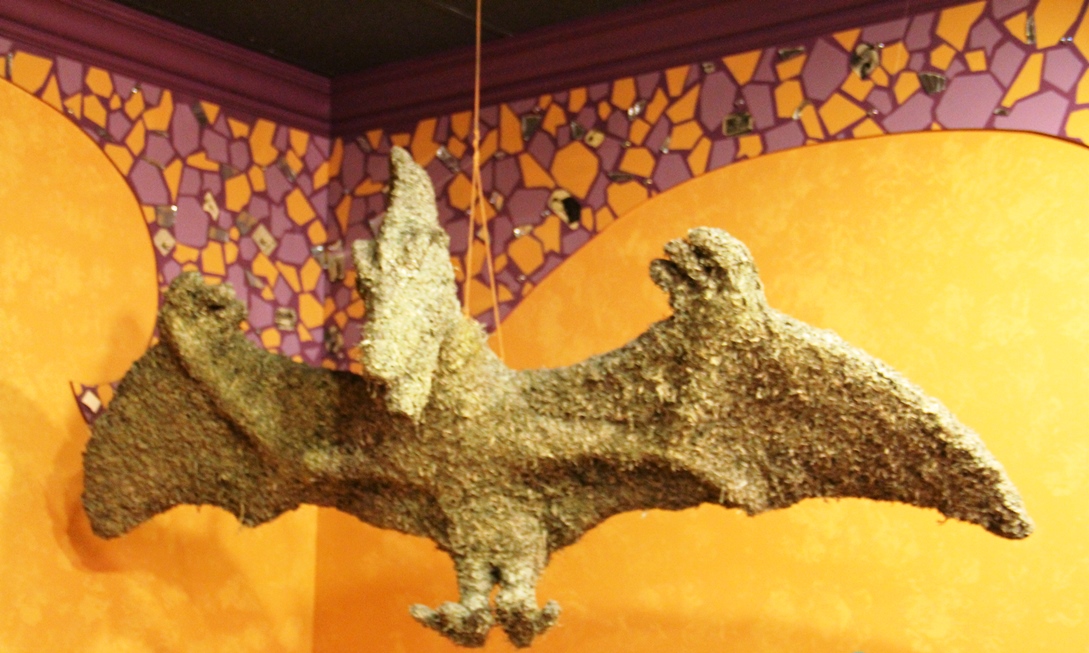 Robert Ripley made several trips around the world in the early 1920s and collected all kinds of exotic items. Some of the more unusual but beautiful ones are carvings, like this Chinese camel bone carving created by 40 carvers over six months. 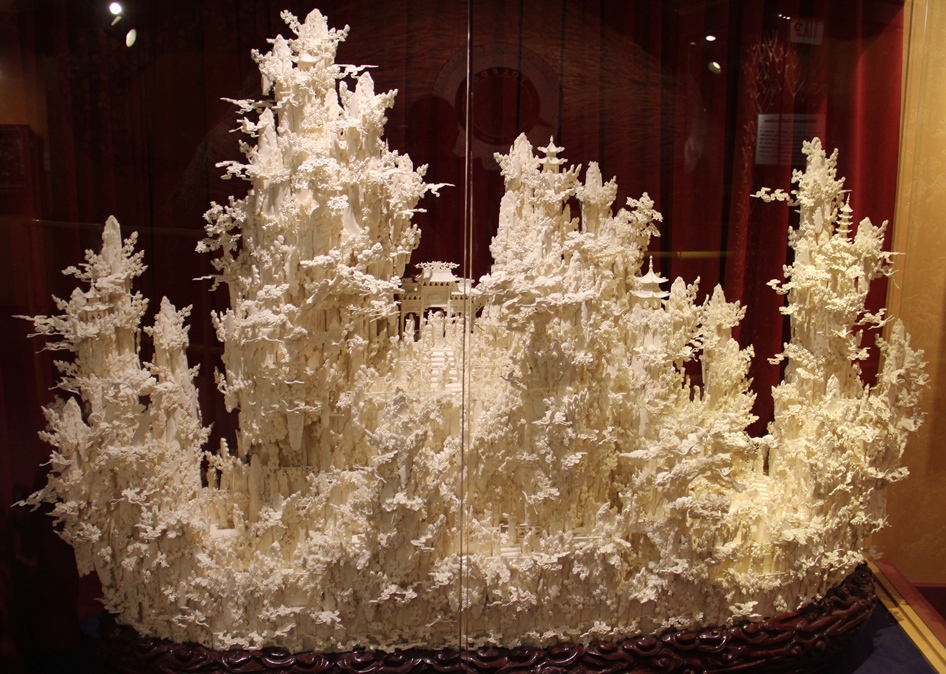 Another is a 12-foot long dragon ship modeled after a real ancient Chinese ship. The model is carved from over 1,000 pounds of solid jade. 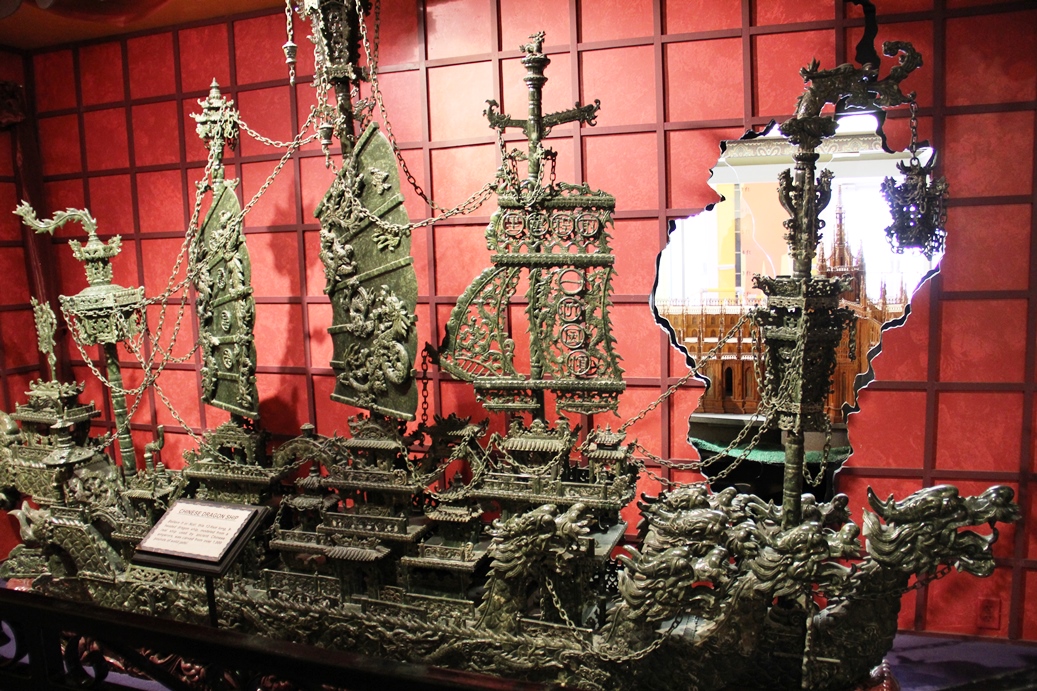 Fantasy coffins are common in Ghana for those of “appropriate” status. The coffins usually symbolize the deceased’s profession.

Ripley spent a good amount of time in Africa collecting an odd assortment of articles, including actual shrunken heads. I had taken a picture of one but was so creeped out by it that I deleted it from my camera before I even left the exhibit.

One room of the museum is filled with optical illusion art and visual puzzles, including some that have been popular across the Internet, like trying to figure out exactly how many triangles are in an illustration made up of triangles within triangles. Magic Eye 3D images were popular in the 1990s, the ones that you stare at until the image pops up. 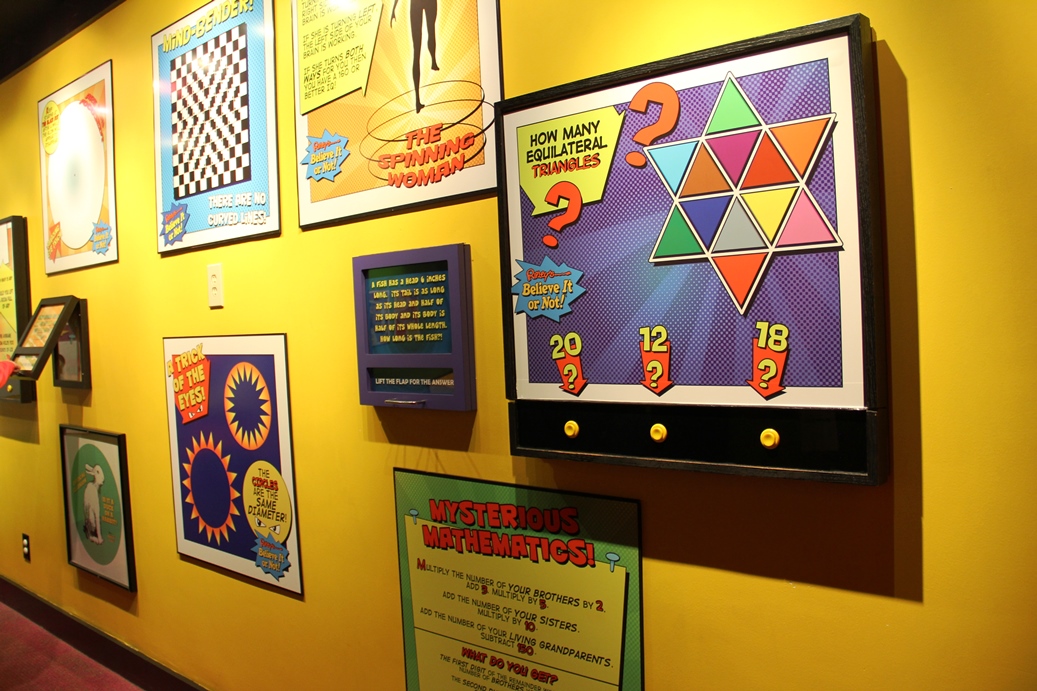 I can see why they refer to the Ripley’s Believe It or Not! museum as the Odditorium. It’s a perfect name for the eclectic mix of unusual, strange and sometimes just plain weird exhibits.

Accommodations in Branson: Find the best deal, compare prices, and read what other travelers have to say at TripAdvisor.

Disclosure: This article contains affiliate links, which means if you purchase a ticket or book a room through these links, I will receive a small commission at no additional cost to you.

Before this summer, I knew little about Wild Bill Hickok. Then, within just a few weeks, we visited three places within Kansas and Illinois that all shared Hickok stories—quite a coincidence. I learned several fascinating facts about him. Here are END_OF_DOCUMENT_TOKEN_TO_BE_REPLACED