Few transportation companies successfully transitioned from manufacturing wagons and carriages to automobiles. Studebaker was one of the exceptions. In the early 1900s, the company moved from carriages to battery-powered cars. A few years later they transitioned to gasoline engines.  The Studebaker National Museum in South Bend, Indiana, traces the history of the company from wagon to the last cars Studebaker manufactured, in the mid-1960s.

In the mid-1800s the five Studebaker brothers manufactured wagons. Their company became the world’s largest manufacturer of wagons, buggies, and carriages.

Four carriages used by U.S. presidents are displayed in the museum. One of those carriages, the Lincoln Barouche, is the one that President Lincoln rode in to Ford’s Theater on night he was assassinated. 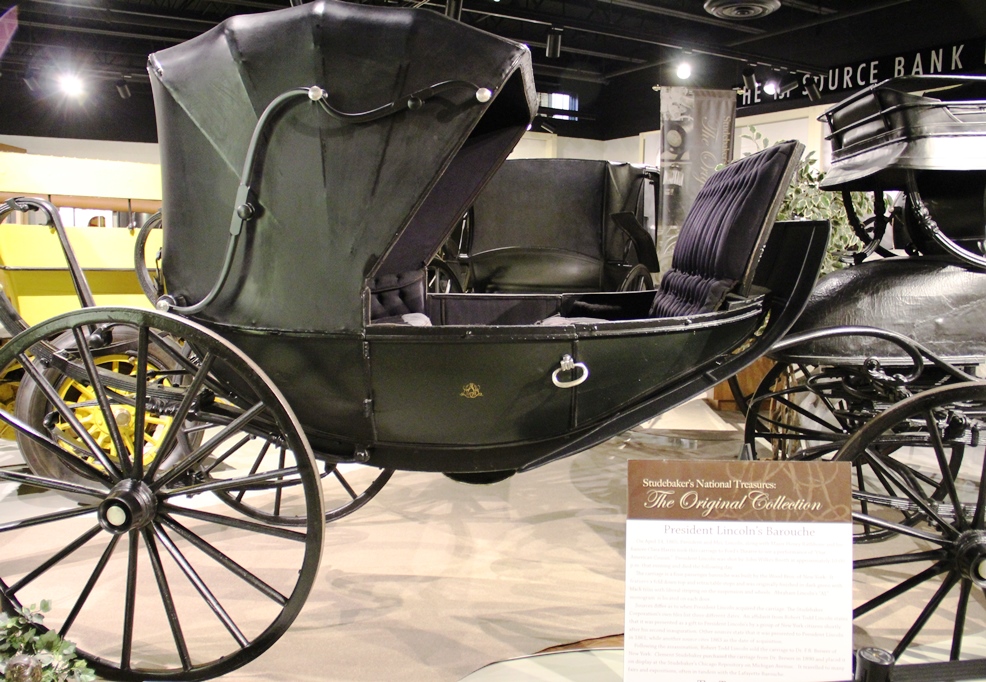 In 1909 the U.S. Government commissioned Studebaker to build two transport vehicles to ferry people through an underground tunnel between the Senate Office Building and the U.S. Capitol. Since the tunnel was too narrow to turn around in, they built a vehicle that could run in either direction. The one on display in in the museum was nicknamed “Peg.”

Electric Vehicles Before Their Time

Studebaker built electric commercial vehicles from 1902 until 1911, including the 1911 Electric Couple model. 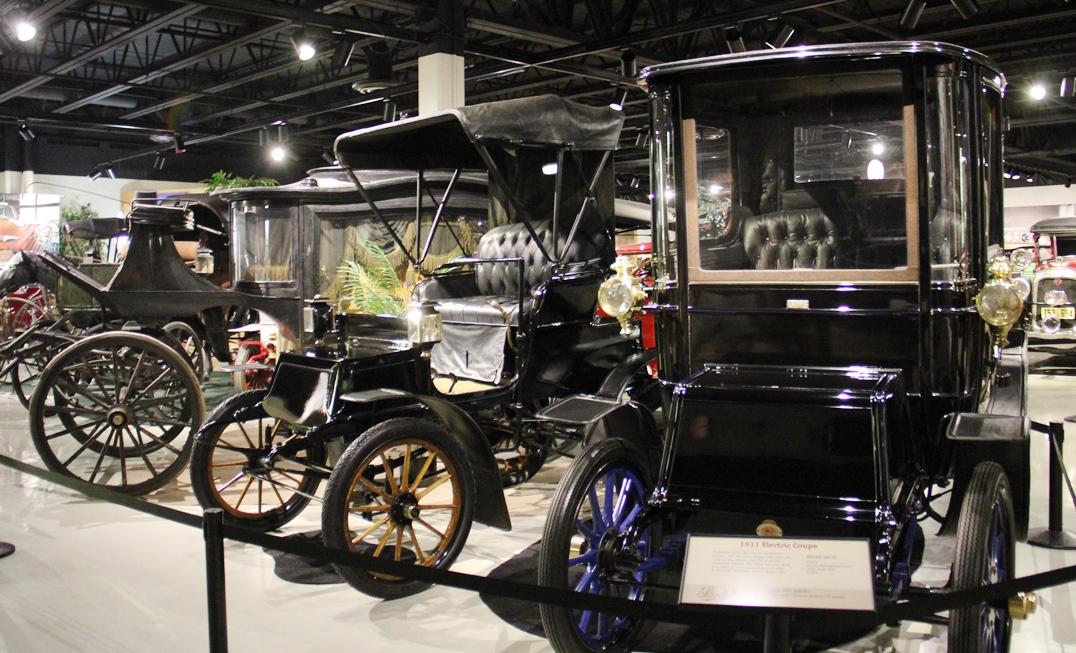 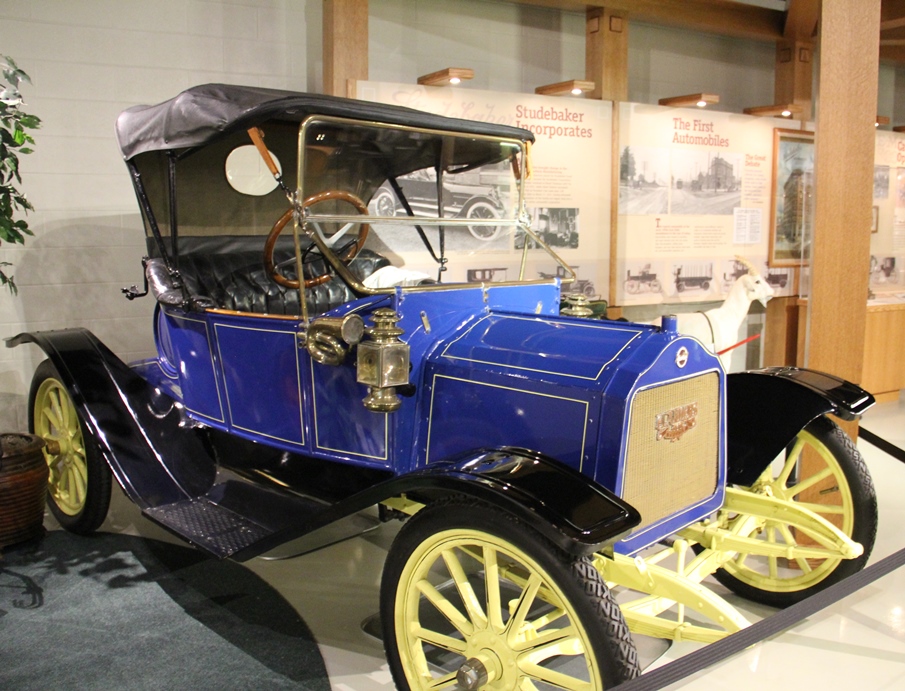 Judging by the cars in the museum, the automobiles got fancier as time went on. A Chinese company customized this 1924 Light Six, which has a completely aluminum body. It features a fold-out windshield, and the interior, trimmed in teak, has mohair upholstery. 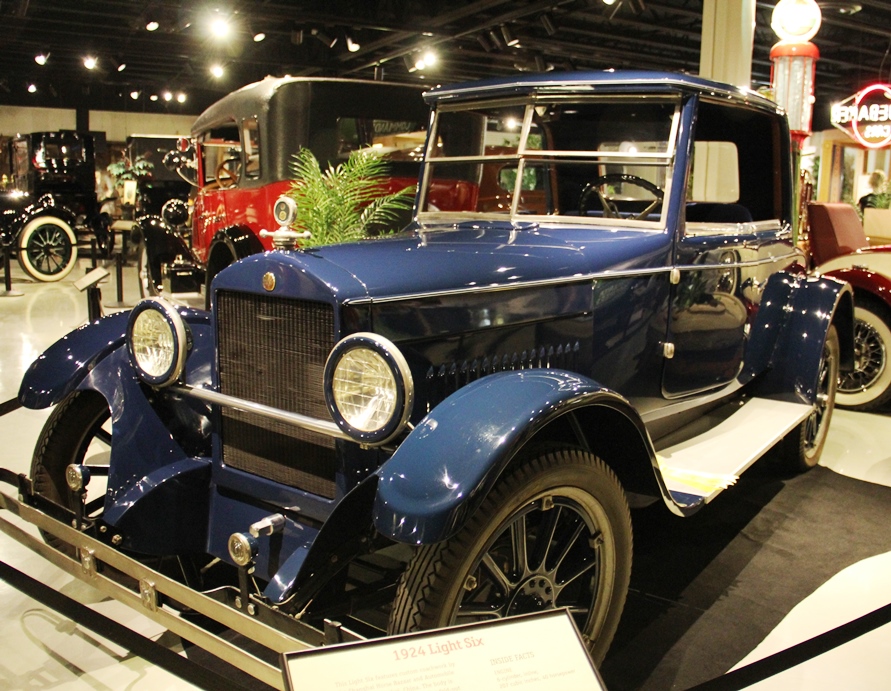 “Ab” Jenkins set record time in this 1927 Commander. He drove from New York City to San Francisco in 77 hours and 40 minutes. 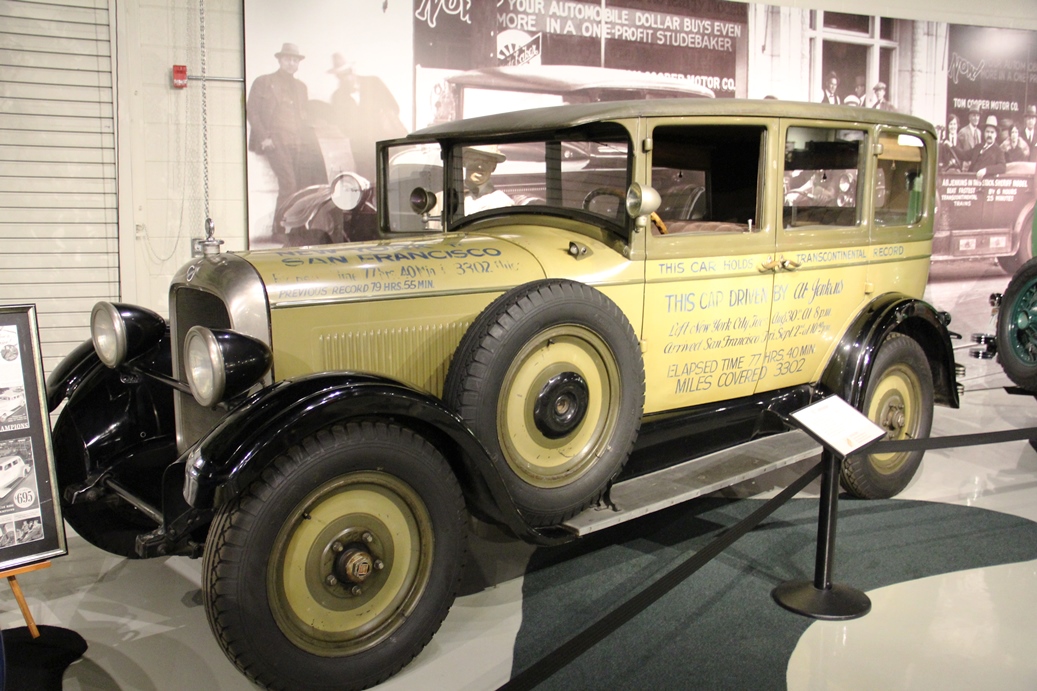 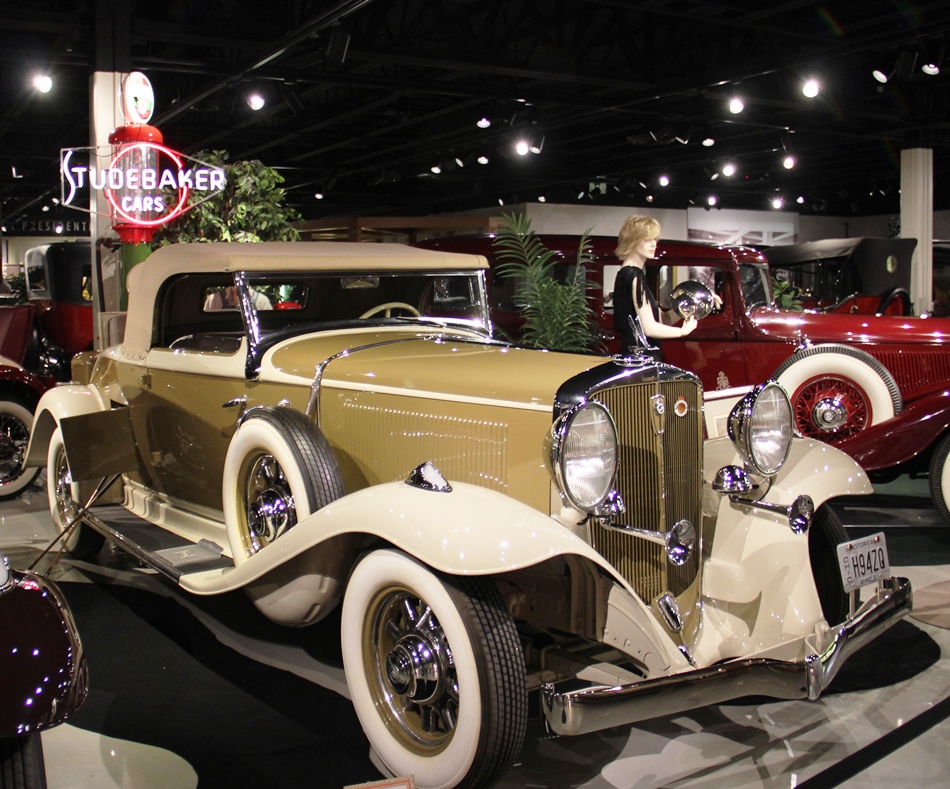 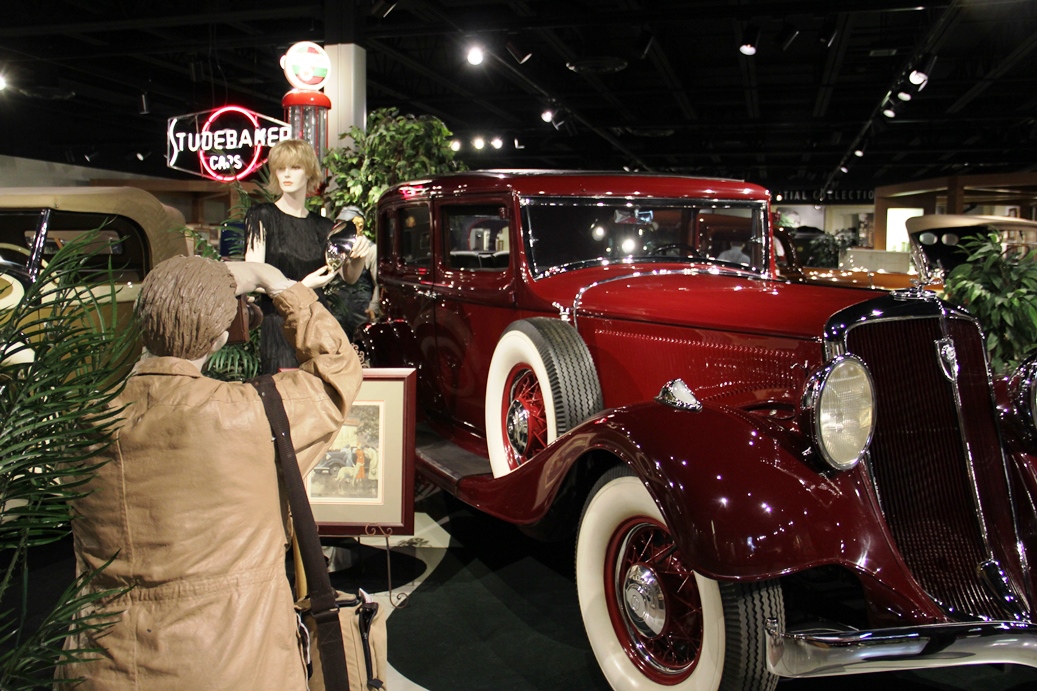 Woodies – All the Rage

In the 1940s Studebaker introduced a line of Woodies. 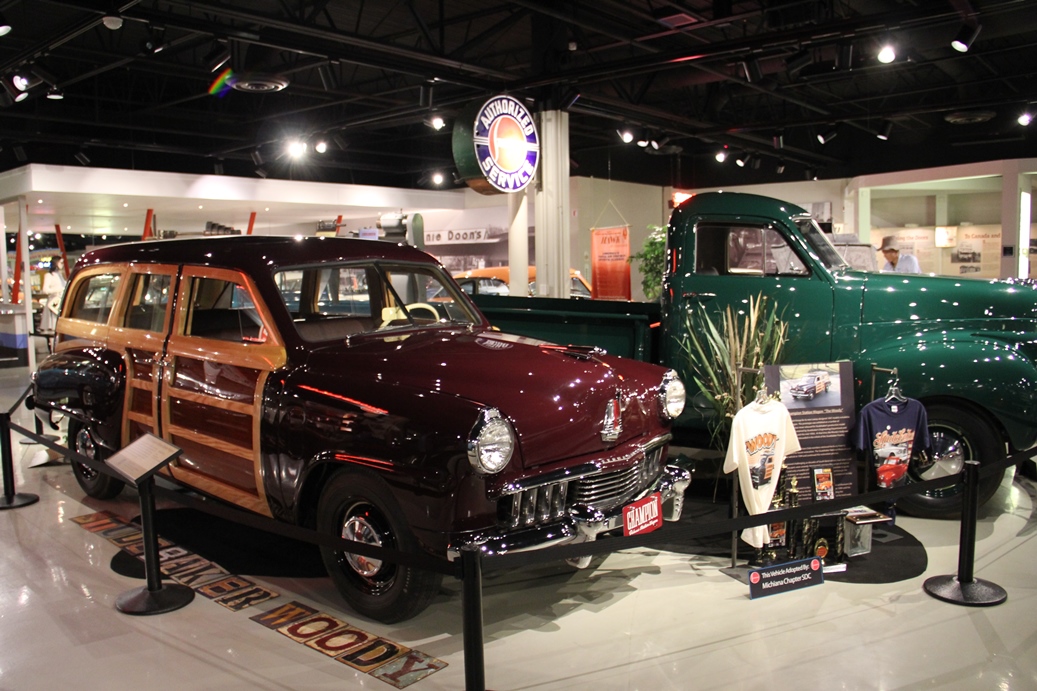 Fun exhibits show many of the later model cars in scenes, like this Avanti racecar being serviced. 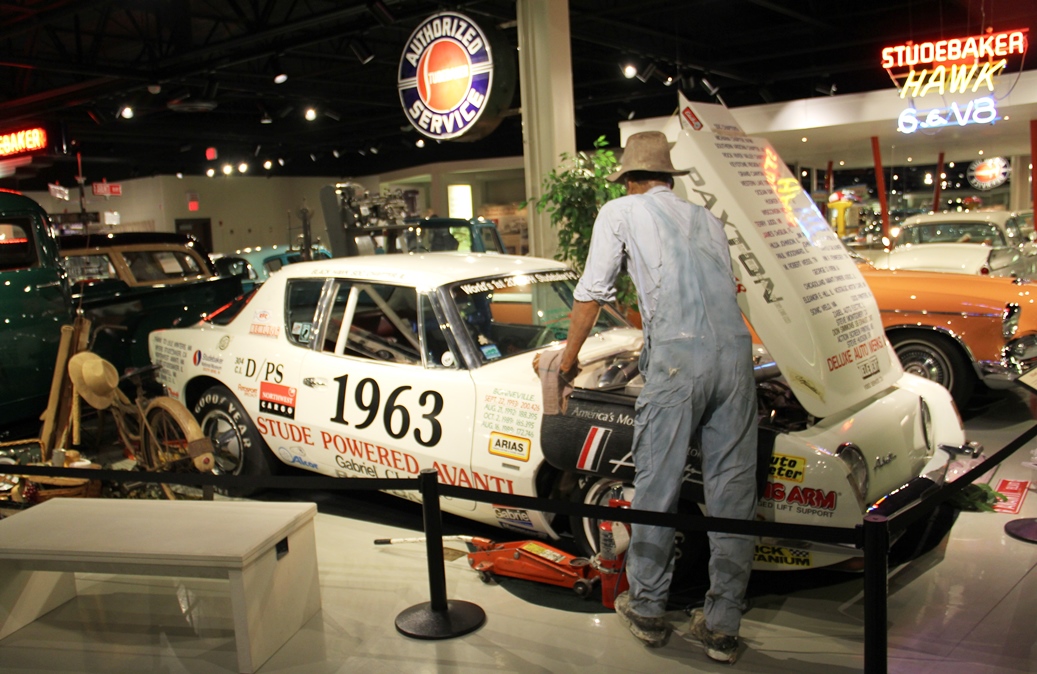 Bonnie Doon’s drive-in, apparently the place to go in South Bend back in the day. Several Studebaker cars are parked at the drive-in in this exhibit. 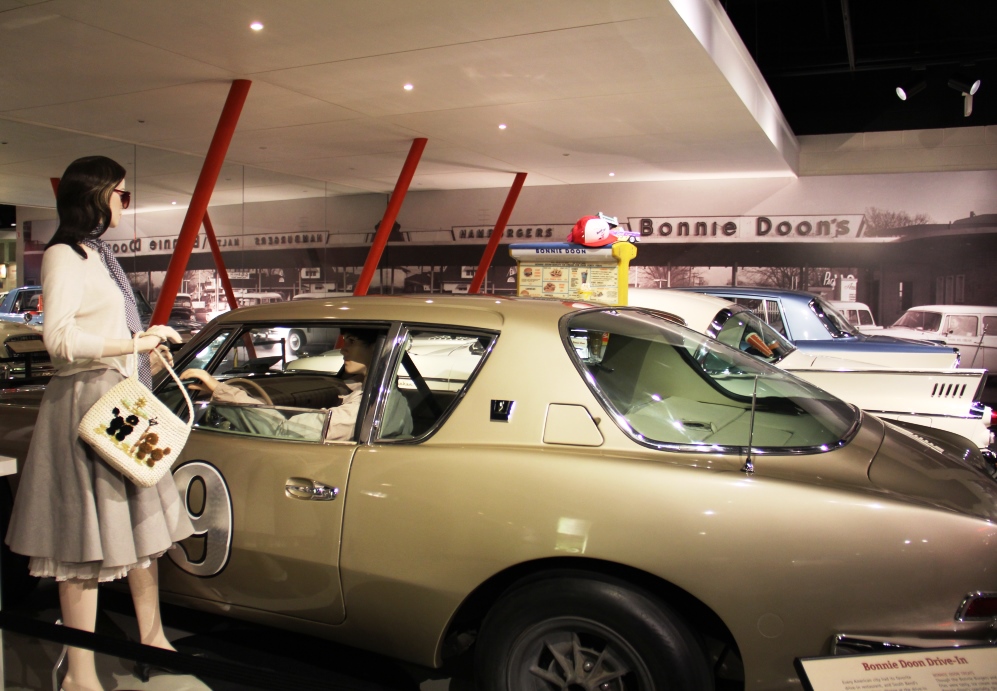 The museum displays one of two identical 1951 Commanders used in The Muppet Movie. Specially modified trunk-mounted controls kept the operator hidden while the Muppets “drove” the car. 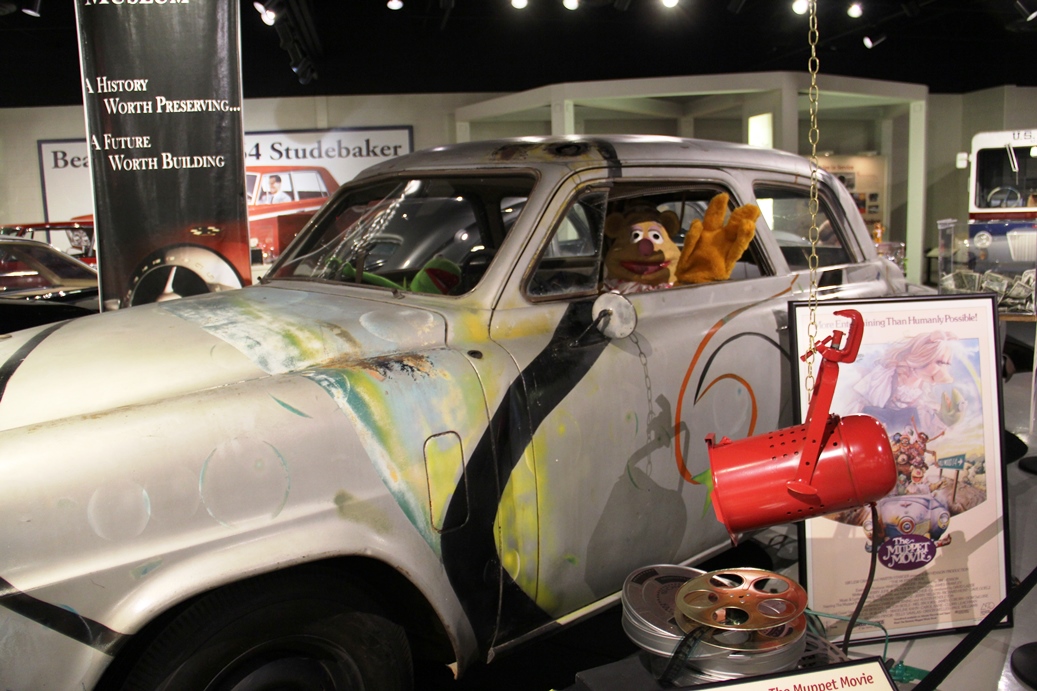 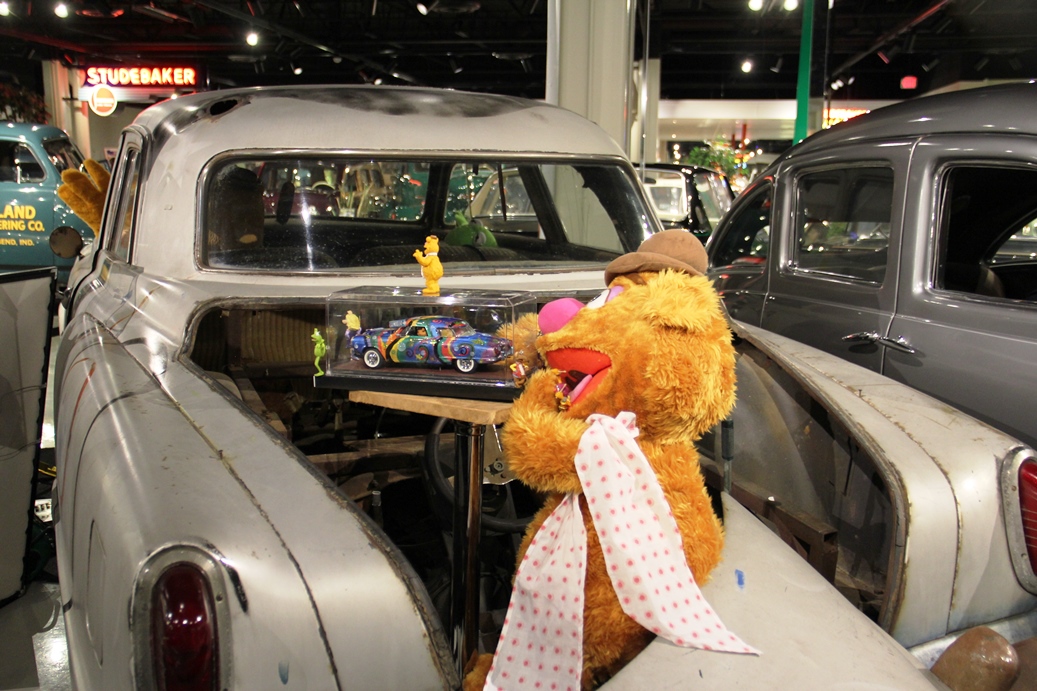 Studebaker Partnered with Other Companies

Several other custom-built or specialized vehicles are also on display in the museum. For some, Studebaker partnered with other companies, including an old South Bend police car, a 1928 fire truck and a 1963 Zip Van used by the U.S. Postal Service. 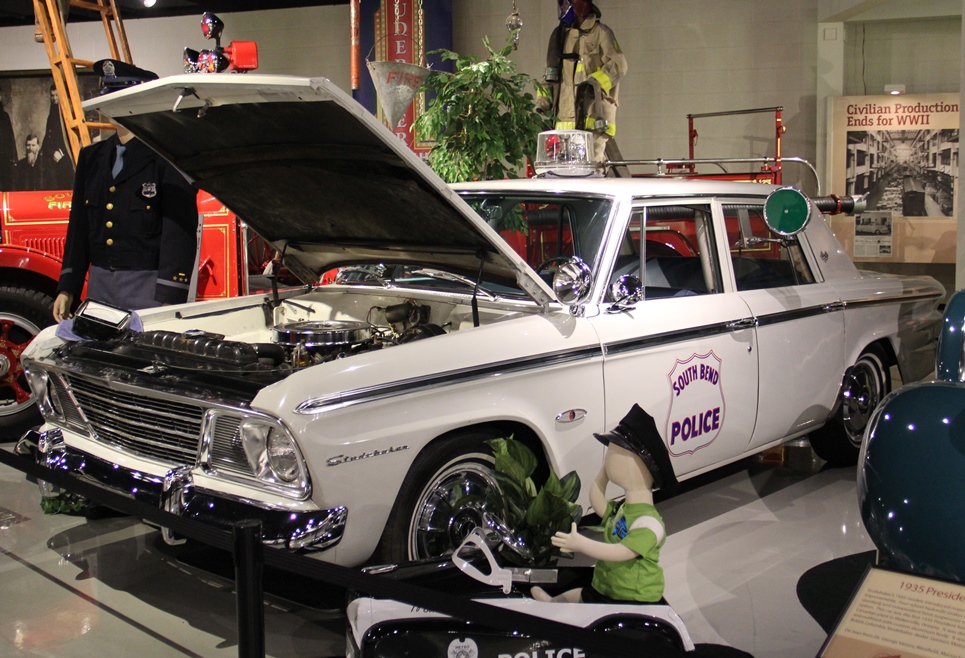 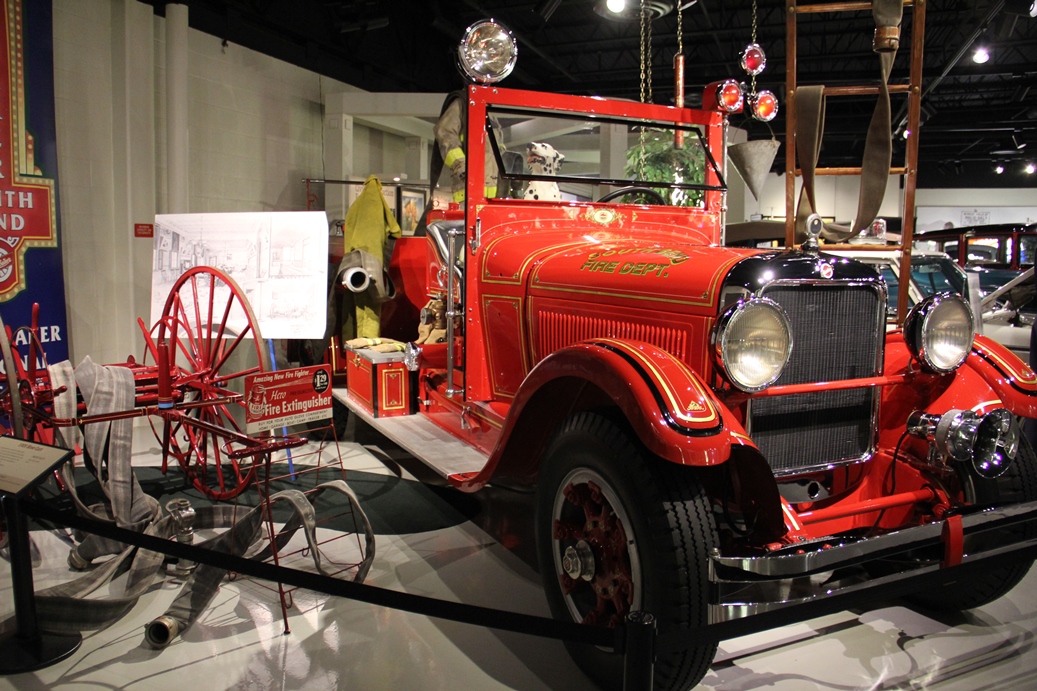 Studebaker Use in the Armed Forces

Studebaker also manufactured vehicles for the armed forces, from wagons for the Union Army in the Civil War to equipment used in World Wars I and II. 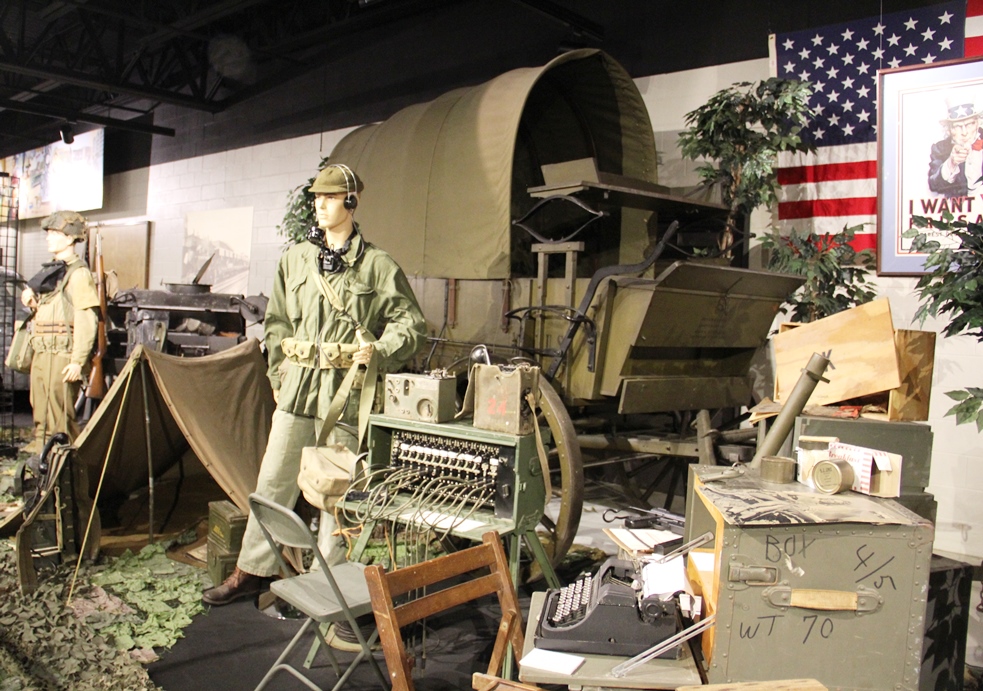 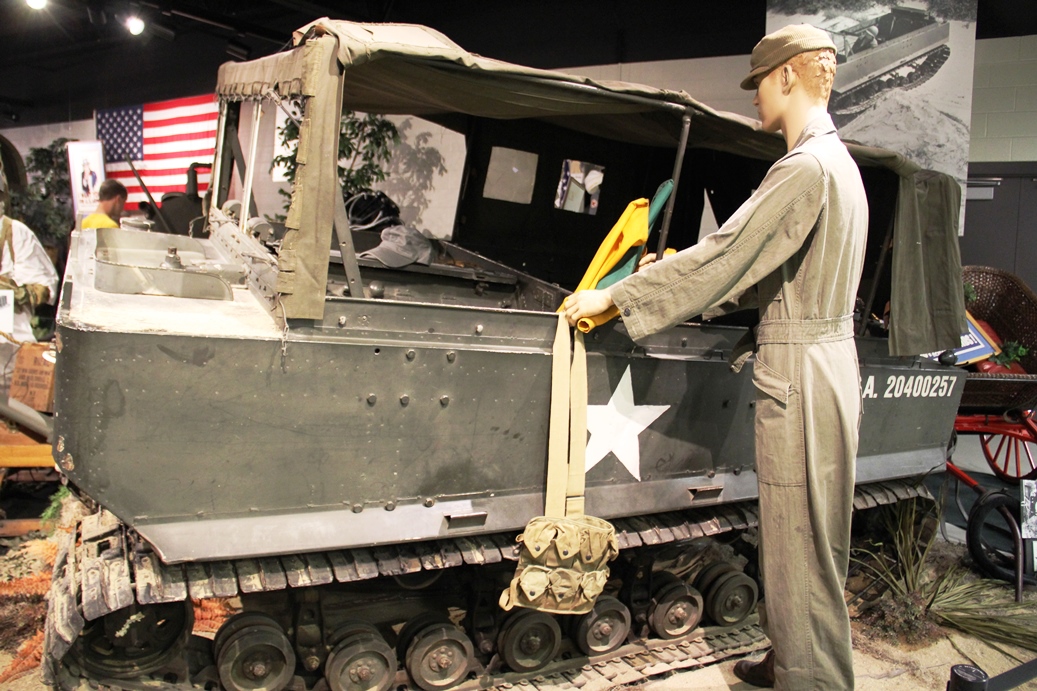 Although most cars in the museum are understandably hands-off, there is one convertible that is used for photo ops. 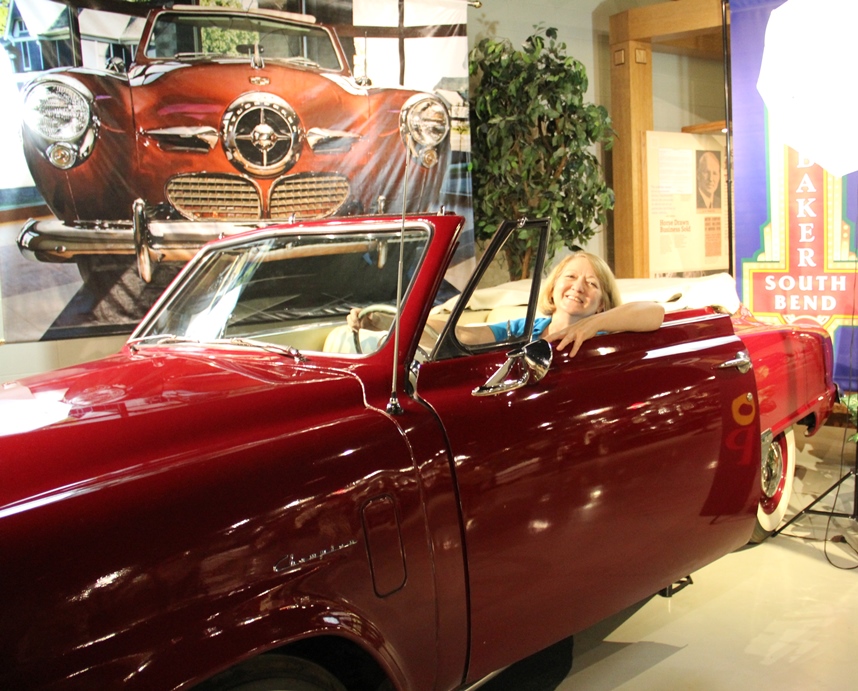 Kids will have fun in the Studebaker Super Service Center, where they can pretend to work on a car. 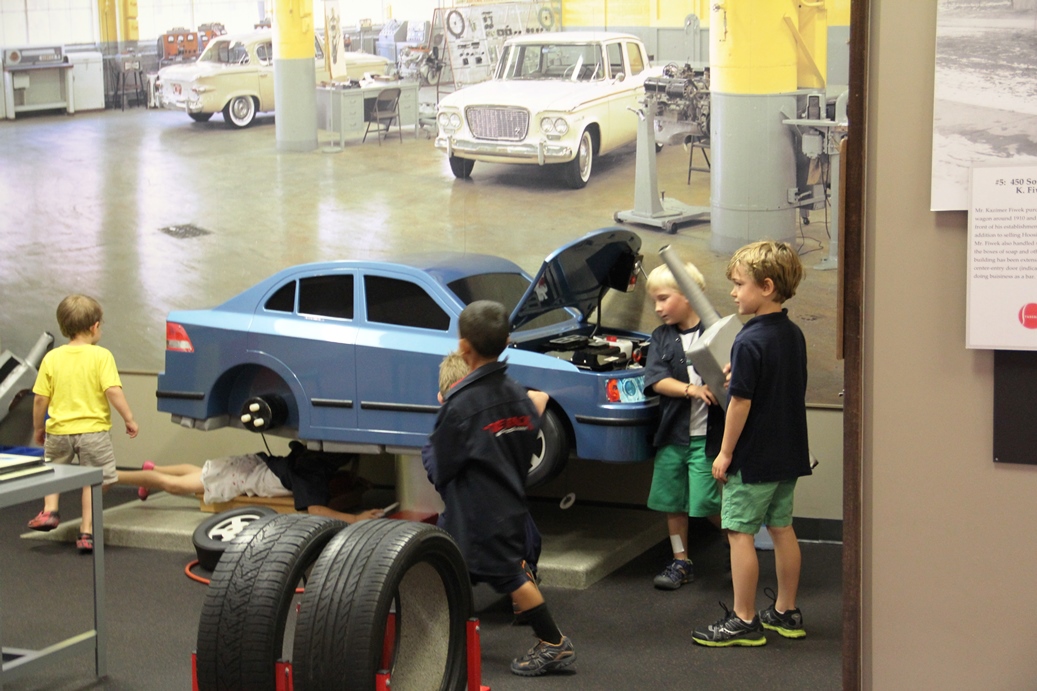 It’s been almost fifty years since Studebaker stopped manufacturing automobiles. However, the Studebaker National Museum ensures that the company that was such a large part of South Bend’s history and their contribution to the automotive industry are not forgotten.

If You Go to the Studebaker National Museum…

Howard Steamboat Museum in Jeffersonville, Indiana, pays tribute to the Howard family and their steamboat building company. The tour combines a history of the ornate Edmonds and Laura Howard mansion and the shipyard located across the street, which the Howard END_OF_DOCUMENT_TOKEN_TO_BE_REPLACED