John Ray stood in his cornfield watching the nightmarish scene unfold before him, the rest of his family crouched in the farmhouse cellar. Cannon booms resonated in the usually quiet setting. Soldiers’ cries pierced the hot, humid summer Ozark air as bloody bodies fell. The Battle of Wilson’s Creek, in which 1,317 Union Soldiers and 1,222 Confederate soldiers lost their lives, is considered the first significant Civil War battle west of the Mississippi River. John Ray’s farmhouse is the only original structure that still stands today. It is one of the eight interpretive stops at Wilson’s Creek National Battlefield in Springfield, Missouri. 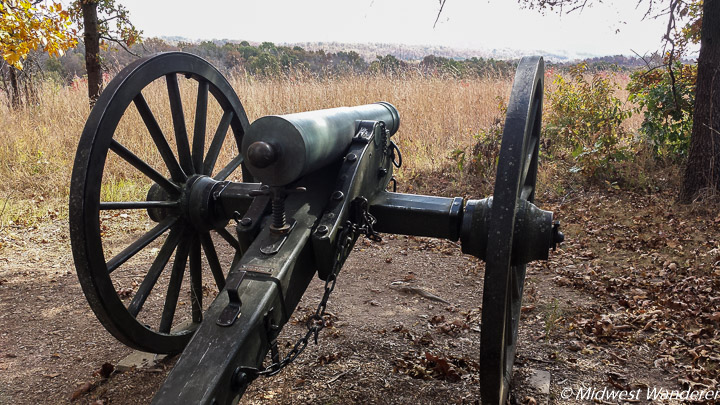 General Lyon, who led the Union soldiers in the battle, lost his life, and the Union retreated to Springfield. Although the Union lost the Battle of Wilson’s Creek, named for the creek that runs through the area, Missouri remained under Union control, which was the ultimate goal.

Begin by watching the orientation film and browsing displays in the Visitor Center for an overview of Civil War events leading up to the Battle of Wilson’s Creek. Pick up a park guide and map while you’re there. 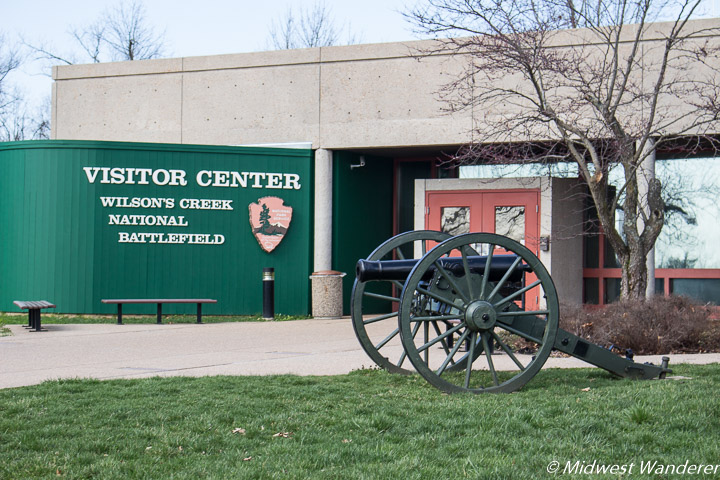 You can drive, bike or walk the 4.9 mile paved loop through the battlefield. We drove the main trail and hiked a few of the five walking trails along the route. Walking trails range from .25 to .75 mile. 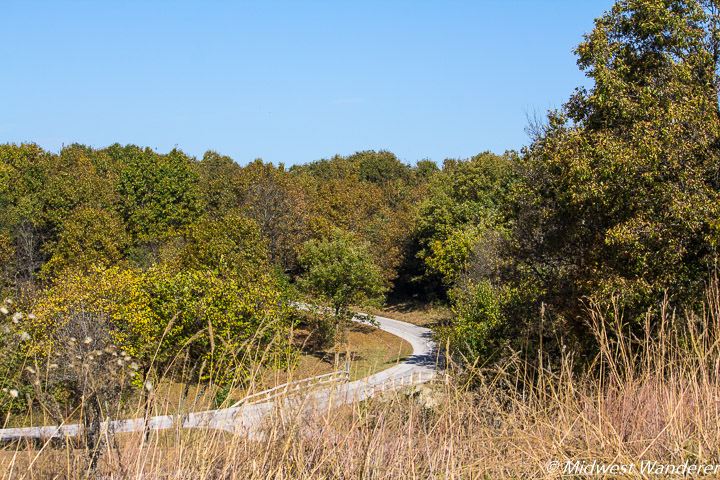 Placards at the eight interpretive stops tell the story of the battle and of the people who lived in the area. Just reading the stories paints the picture enough to give you an eerie feeling. It’s hard to believe that this serene setting was once the site of a bloody battle. 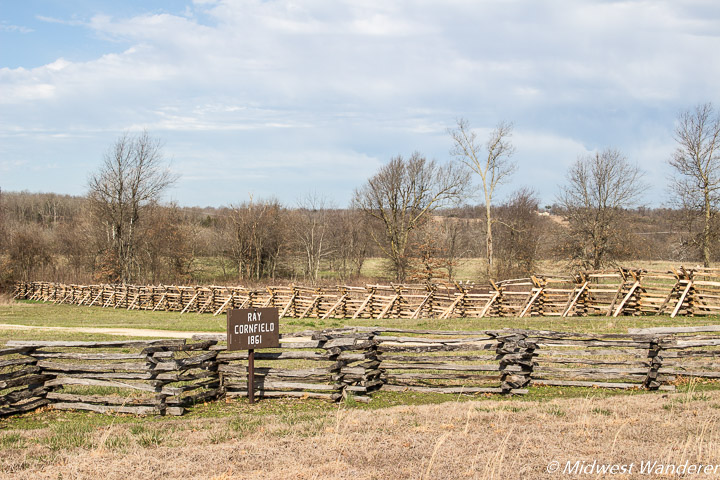 Walking trails will get you up closer to sites like the ruins of the mill and house of the John Gibson family, whose property was badly damaged during the battle. Today, all that’s left is the foundation.  You can also hike to the building that served as Confederate Major General Sterling Price’s headquarters while waiting to attack the Union Army. Walk a little farther up the trail, and you’ll be at Bloody Hill, where most of the fighting took place.

A docent was on hand in the John Ray house during our visit, so we were able to go inside and learn more about the home and the Ray family. 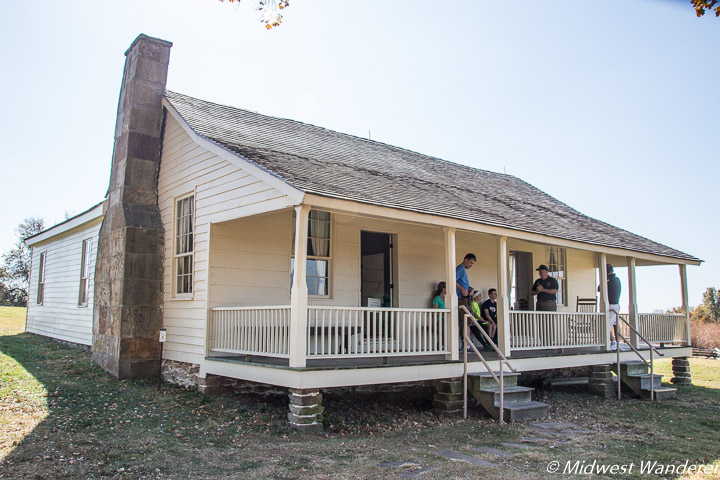 Besides farming, John Ray was the Wilson Township Postmaster, and his home also served as the post office. Because of his postmaster position, Ray took a neutral stand on the war even though he owned a slaves, a woman they called Aunt Rhoda and her children.

When the battle ensued, Ray’s wife Roxanna, their children, Aunt Rhoda and her children, and a mailman went down into the cellar, while John Ray stood outside and watched the battle. Their home was the only structure in the area that wasn’t damaged by the battle.

When the battle ended and the family emerged from the cellar, they found their home being used as a hospital and immediately pitched in to help. The children also helped by carrying  buckets of water from the springhouse to the home.

Although the Ray home was saved, the family’s chickens and crops were lost to hungry soldiers.

We stayed at the Hotel Vandivort during our visit to Springfield. Find the best deal, compare prices, and read what other travelers have to say at TripAdvisor

Disclosures: Our visit to Springfield, Missouri, was hosted by the Springfield Missouri Convention and Visitors Bureau. Our visit to Wilson’s Creek National Battlefield was complimentary, but any opinions expressed in this post are my own.
This article contains an affiliate link. If you book a room through the link, I will receive a small commission at no extra cost to you.

Before this summer, I knew little about Wild Bill Hickok. Then, within just a few weeks, we visited three places within Kansas and Illinois that all shared Hickok stories—quite a coincidence. I learned several fascinating facts about him. Here are END_OF_DOCUMENT_TOKEN_TO_BE_REPLACED