French Fried Shrimp…Shrimp Orleans…Shrimp Panama…Coconut Shrimp… Shrimp Scampi… Browsing the menu that includes nine shrimp entrees, plus other seafood options, you might think the restaurant was located along the Gulf Coast. But the iconic Key West Shrimp House overlooks the Ohio River in Madison, Indiana.

Claude Kendall opened the first Key West Shrimp House in Indianapolis in 1950, when seafood was scarce in the much of the Midwest. He added restaurants in other Indiana cities: Gas City, Frankfort, Bloomington, Kokomo, and eventually, Madison. The restaurants originally served only French-Fried Shrimp and Twice-Baked Potatoes.

Today, the Madison location, which is housed in a former button factory, is the only remaining Key West Shrimp House. The current owner, Cathy Morgan, purchased the restaurant after working there for over twenty years. 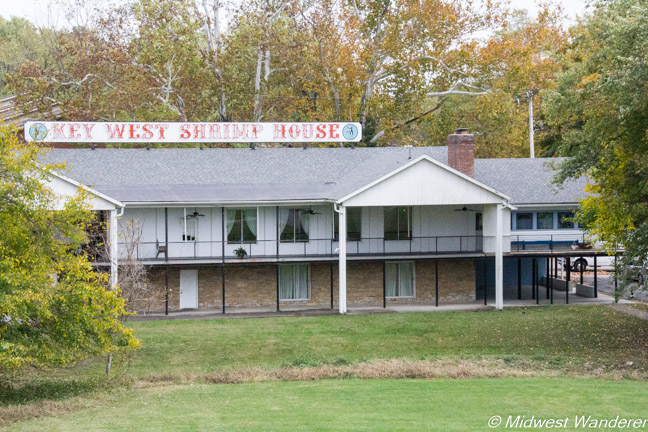 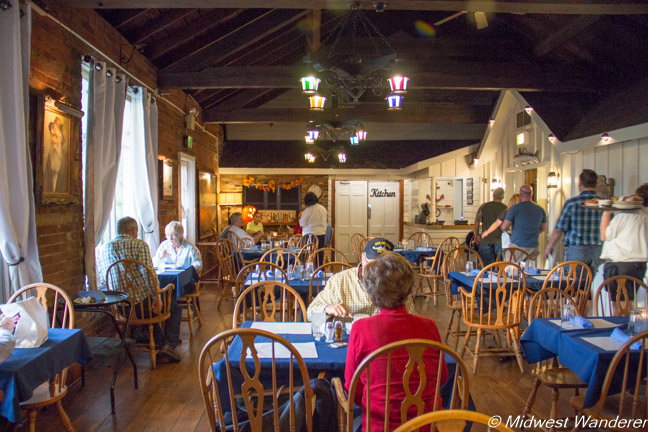 Today, West Shrimp offers far more than French-Fried Shrimp. In fact, you don’t even have to stick with seafood anymore. The menu also includes steak and chicken entrees.

I was torn between ordering the French-Fried Shrimp, since it’s the restaurant’s classic dish, and the new Grilled Shrimp in a Ginger Orange Sauce, which sounded really good. I was thrilled when my server said I could order half and half. They were both delicious, but I especially enjoyed the sweet-spicy ginger orange sauce. 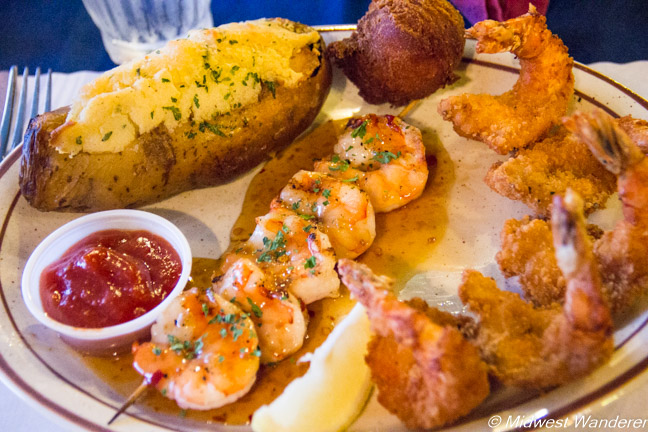 Skip ordered the special, barramundi. Barramundi was familiar to us only because we had visited VeroBlue Farms in Webster City, Iowa, this past summer, where they farm raise barramundi. We didn’t have a chance to taste the fish when we were in Iowa, so Skip was anxious to try it. Barramundi has a mild taste and delicate flavor, often compared to Asian sea bass.

We both chose the twice-baked potato as our side, since it’s also a restaurant classic. Key West Shrimp House has prepared the potatoes the same way for over fifty years. Our meals also included a cup of soup and a trip to the salad bar. 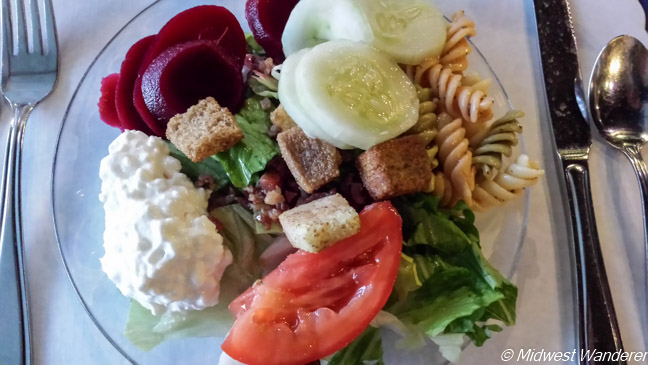 For dessert, we ordered the namesake Key Lime Pie. The pie was more of a sweet, creamy cheesecake rather than the classic tart pie. The staff were kind enough to split the slice into two for us, since we were sharing a slice. 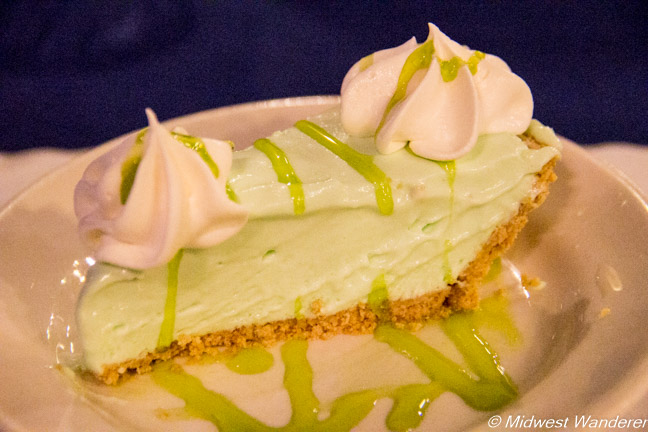 Our meal at Key West Shrimp House was one of our favorite meals during our road trip along south Indiana’s Ohio River Scenic Byway.

Key West Shrimp House, located at 117 Ferry Street in Madison, Indiana, serves lunch and dinner. Check the web site for hours and to view the menu.

Accommodations: During our visit to Madison, we stayed at the Riverboat Inn and Suites, right next door to the Key West Shrimp House. Find the best hotel deal, compare prices, and read what other travelers have to say at TripAdvisor. 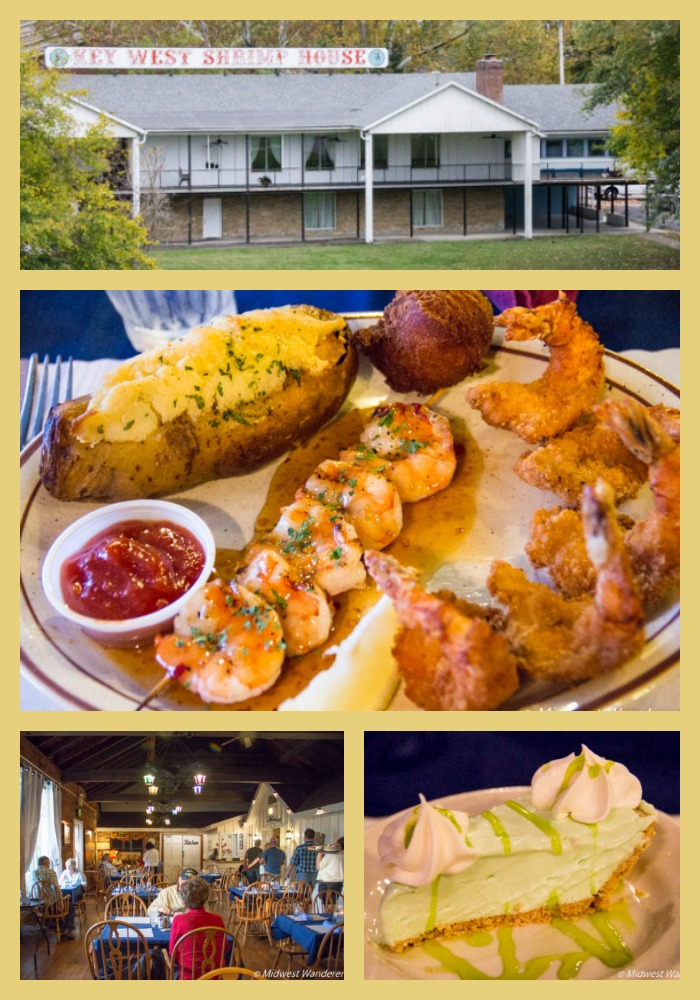 Disclosures:
VisitMadison hosted our visit to the Madison area. Our meal at Key West Shrimp House was complimentary, but any opinions expressed in this article are my own.
This article contains an affiliate link, which mean that if you book a hotel room through the TripAdvisor link above, I will receive a small commission, with no additional fee to you.

Howard Steamboat Museum in Jeffersonville, Indiana, pays tribute to the Howard family and their steamboat building company. The tour combines a history of the ornate Edmonds and Laura Howard mansion and the shipyard located across the street, which the Howard END_OF_DOCUMENT_TOKEN_TO_BE_REPLACED