Leaving Bottineau on the fourth day of our summer road trip across North Dakota, we headed south on U.S. Route 83 to Bismarck. Along the way, we visited heritage and historical sites, ending the evening with a riverboat cruise on the Missouri River. 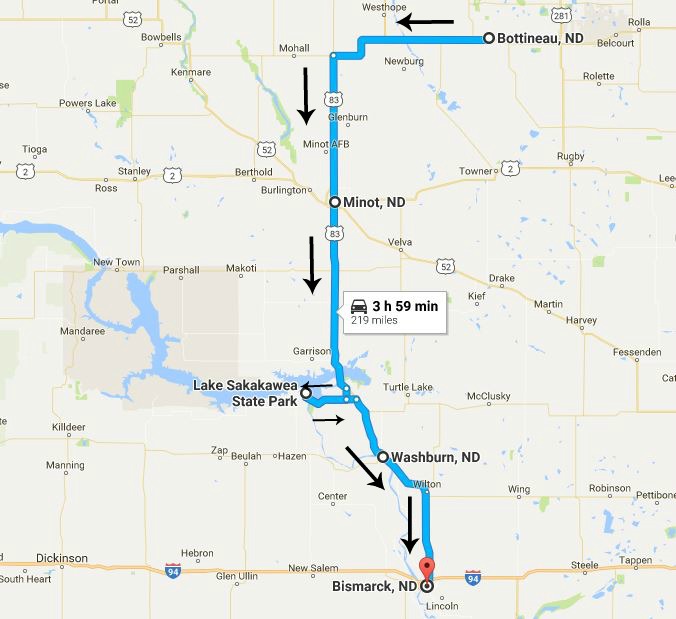 Our first stop was the Scandinavian Heritage Park in Minot. North Dakota is home to the highest per capita population of Scandinavian-Americans in the United States. The park honors their ancestral culture with structures, statues, and landscaping reminiscent of the Scandinavian countries.

The Scandinavian Heritage Park’s most prominent building is the Gol Stave Church Museum. The building is a full-size replica of the original, which was built in Norway around the year 1250. Another nod to Nortway, the stabbur, is a replica of a farm storehouse. Norwegian farmers stored trunks of clothing on the top level and food on the lower level of a stabbur. 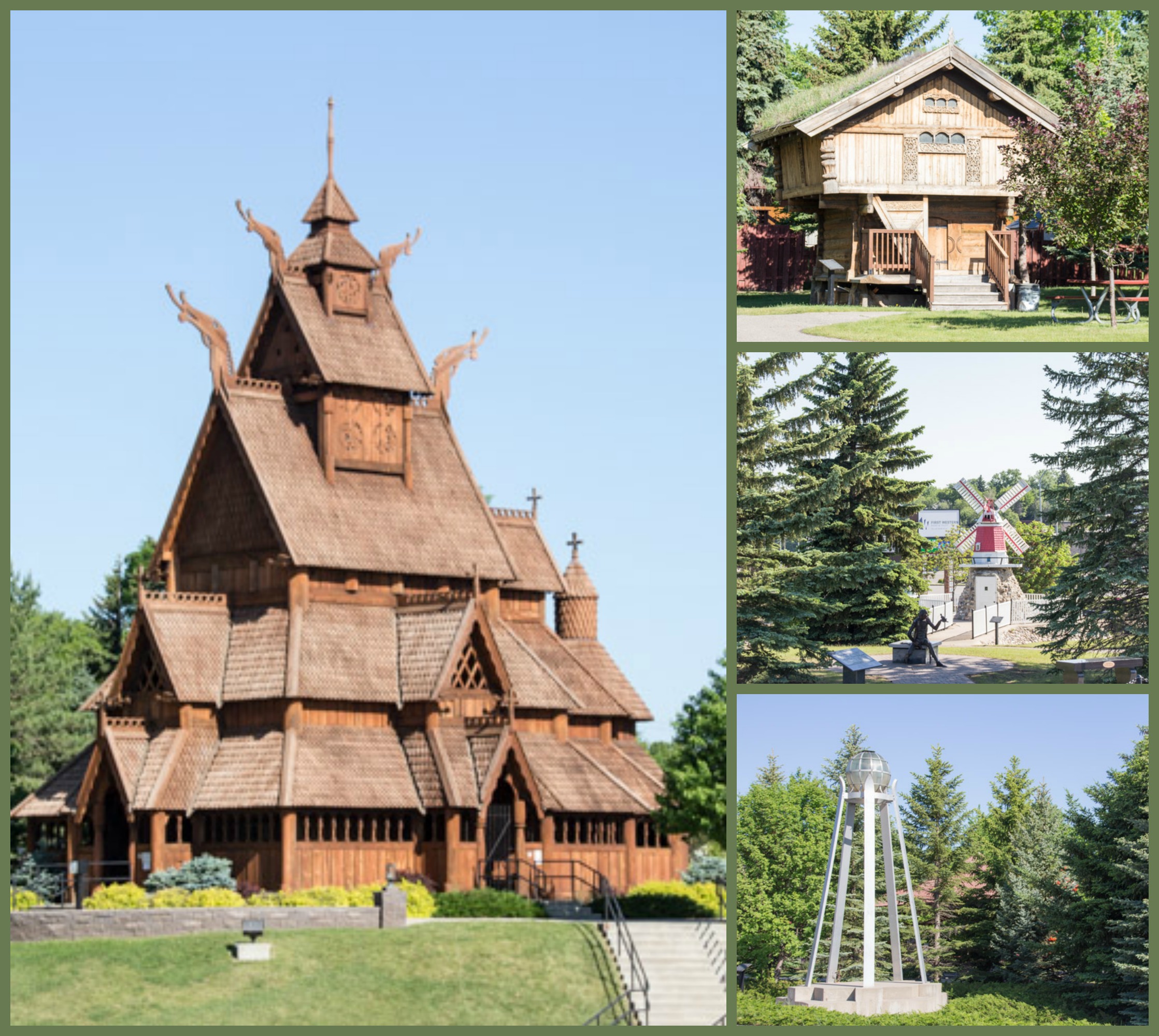 Our next stop was breakfast at Kroll’s Diner. Kroll’s, a local chain, serves German and American food in a 1950s-style diner setting.

I splurged calorie-wise on Clara’s Special, which included two eggs, hash browns, biscuit & gravy, and smoked kielbasa. A real artery clogger, but delicious, and it kept hunger at bay until evening. 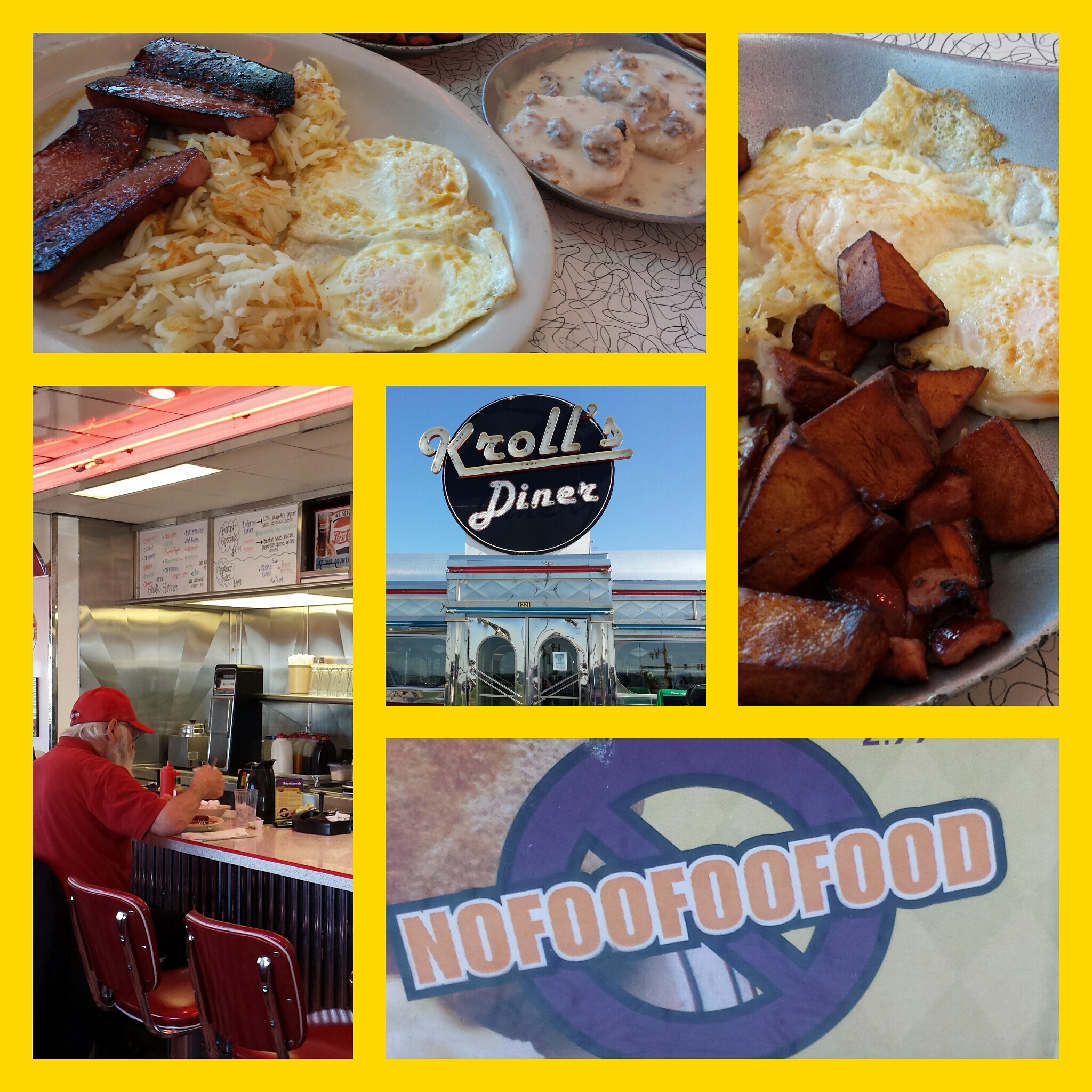 Another hour or so south on U.S. Route 83, we came to Lake Sakakawea and Garrison Dam. At 178 miles long and 14 miles wide at its widest point, Lake Sakakawea is the third largest reservoir in the United States. Garrison Dam is the fifth largest earthen dam in the world.

Lake Sakakawea State Park, on the south shore of the lake, is popular for water recreation and camping. Bring your own boat, or rent paddle boats, canoes, kayaks, paddle boards or wave runners at the park. Developed campsites include electricity, water, restrooms, boat ramps and trailer dump stations. Primitive sites are also available. 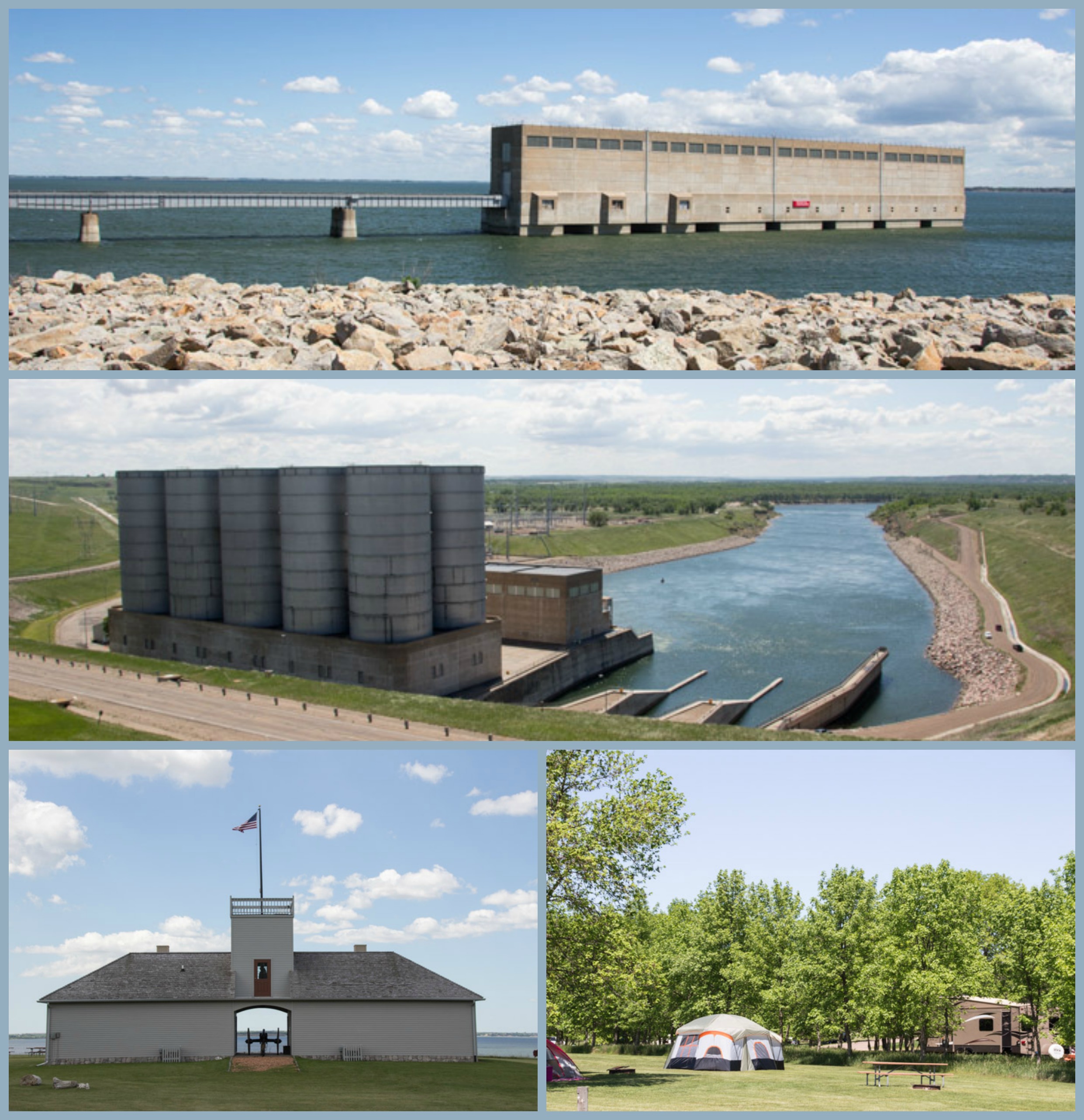 The Lewis and Clark Interpretive Center in Washburn was next on our itinerary.  After we checked out the center’s interactive exhibits that tell the story of Meriwether Lewis and William Clark’s exploration of the western United States, we followed a short trail to the reconstructed Fort Mandan. The Lewis and Clark expedition team wintered at Fort Mandan.

A site docent, Lee, gave us a tour of the fort, which is almost an exact replica of the original fort. Lee explained a lot of the expedition background, including how they built the fort, how they survived sub-zero winter temperatures, and their relationship with the Native American tribes. 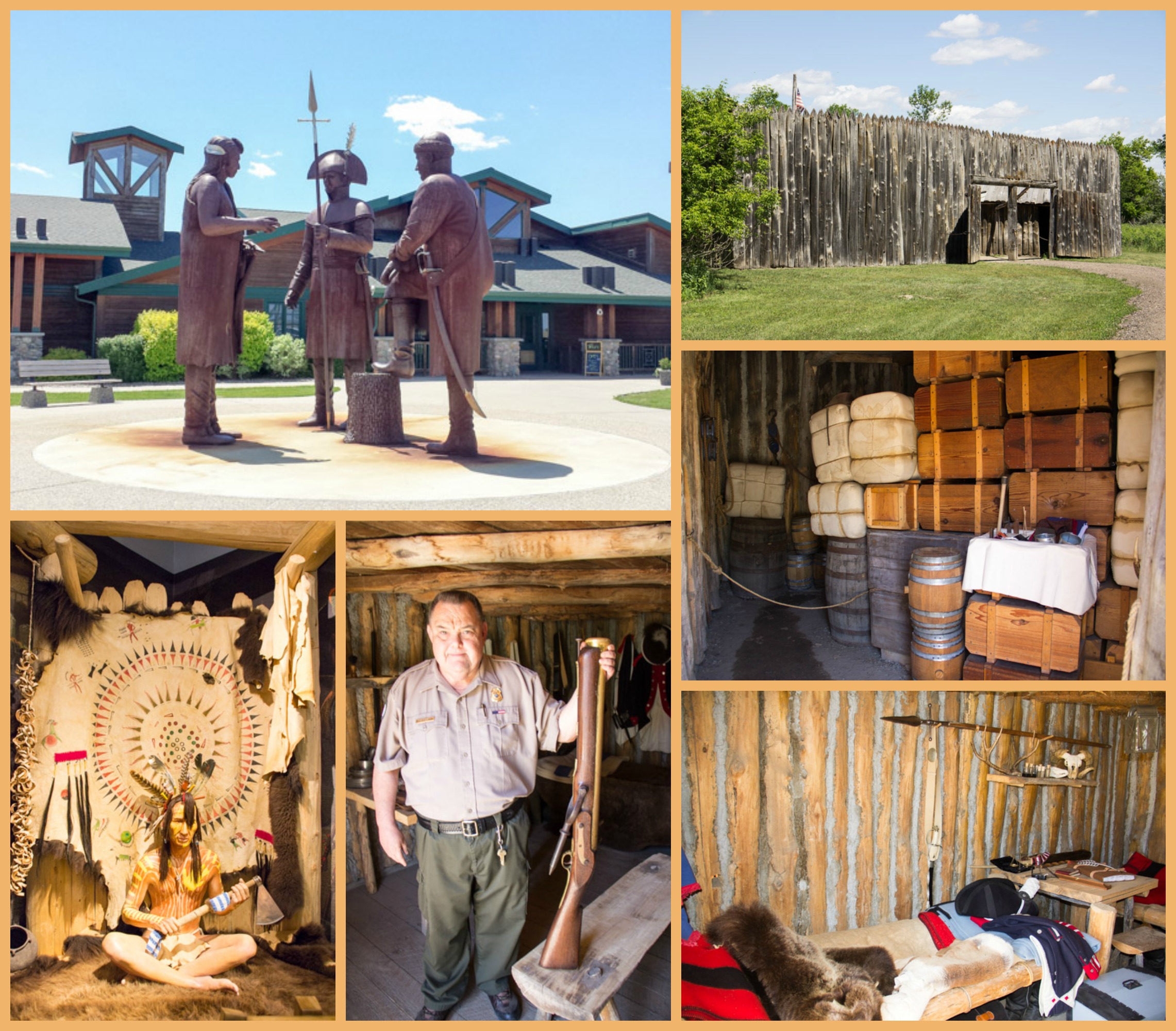 Back on the road, we continued south another 40 miles or so to Fort Abraham Lincoln State Park, the site of an 1870s military fort.

Fort Abraham Lincoln was built in preparation of the Northern Pacific Railroad laying tracks heading west. There were 78 buildings in the fort compound in its heyday. Once the railroad was complete to Montana, the fort was phased out.

Today you can explore replica fort blockhouses and  tour the reconstructed home of George Custer, commander of  the fort from 1873 until he was killed in the Battle of Little Big Horn in 1876.

Fort Abraham Lincoln State Park is also the site of  On-A-Slant Village, a Mandan village established around 1575. The village lasted three centuries, until a 1781 smallpox epidemic virtually wiped the village out. In the partially reconstructed On-A-Slant village, you can see examples of the earthlodges that the Mandan lived in. The Mandan women built their earthlodge homes of cottonwood logs, willow, grass and earth. 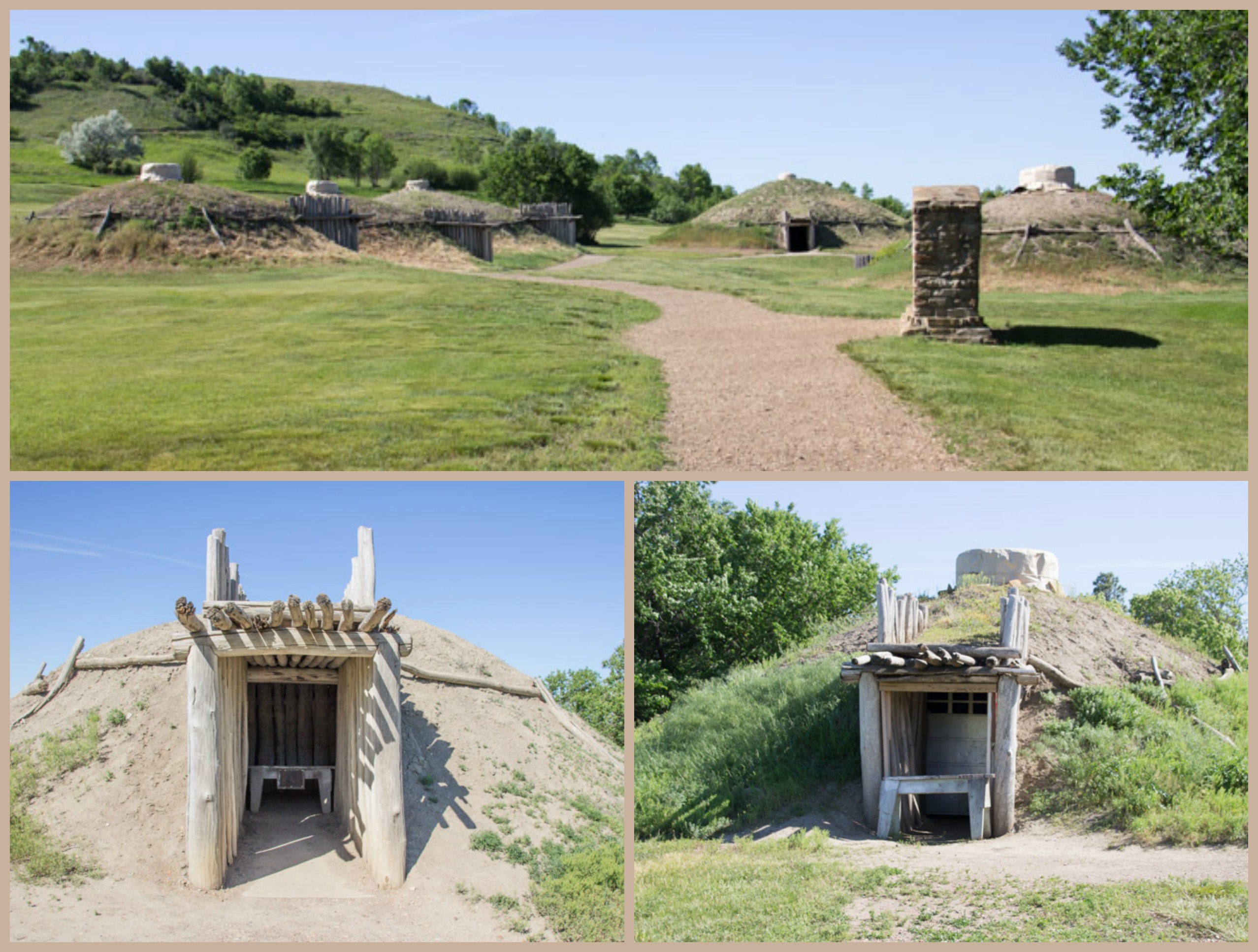 Our last stop of the day was a relaxing sunset cruise on the Missouri River aboard the Lewis and Clark Riverboat in Bismarck. The two-level riverboat offers open-air seating upstairs and climate controlled indoor seating on the lower level,. You can also purchase drinks and snacks on the lower level. Most of the passengers that evening chose to sit on the upper deck, a perfect place to enjoy the warm late-spring weather and watch the sun slowly set beyond the horizon. 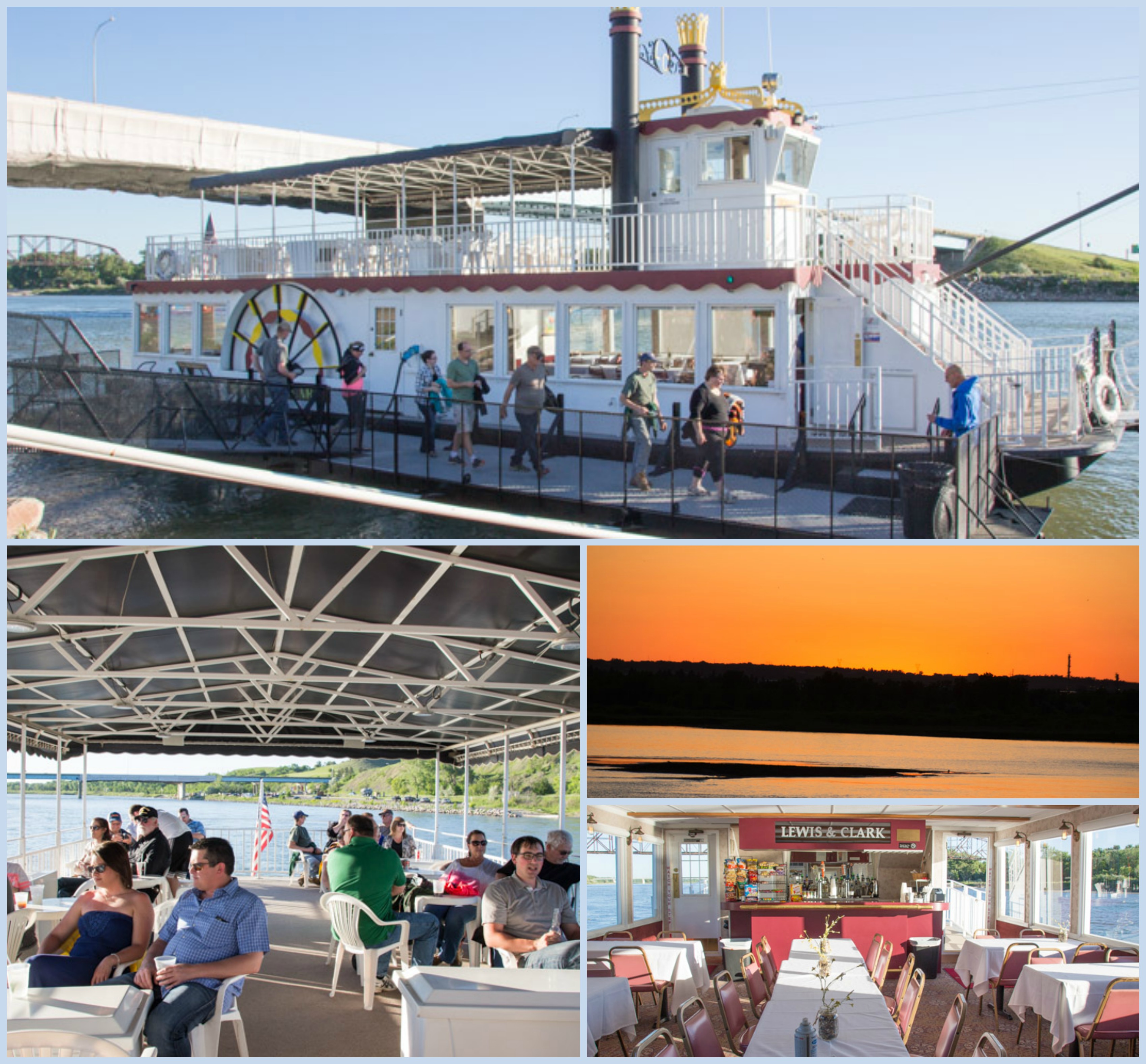 We spent the night at the Baymont Inn in Mandan. Find the best hotel deal, compare prices, and read what other travelers have to say at TripAdvisor. 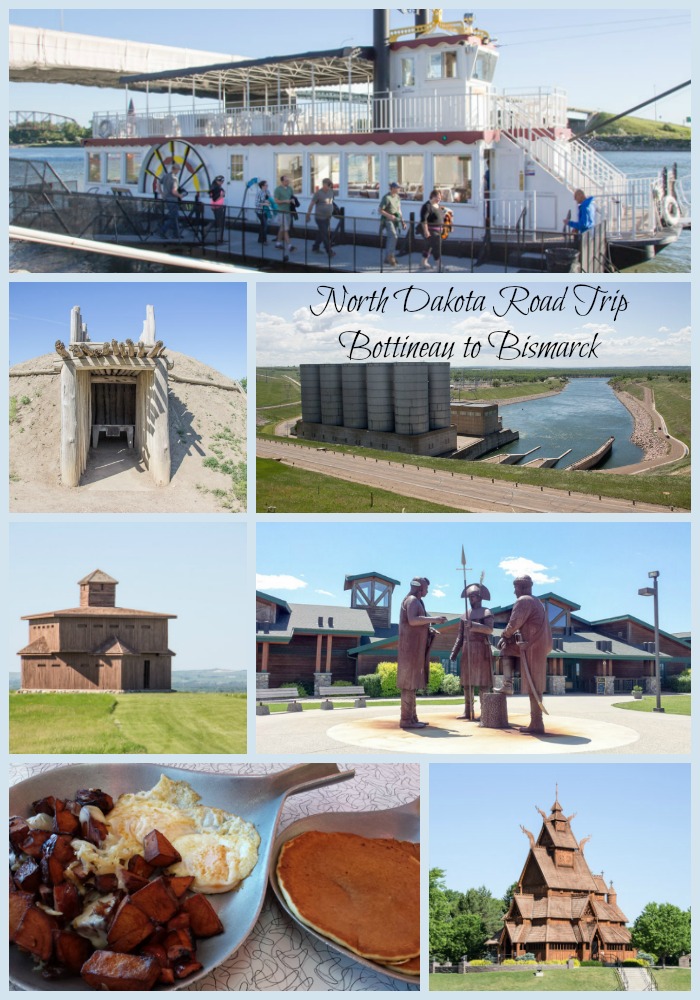 Disclosures: Our road trip through North Dakota was hosted by North Dakota Tourism. However, any opinions expressed in this article are my own.
This article contains an affiliate link. If you book a hotel room through thie TripAdvisor link above, I will receive a small commission at no additional cost to you.

Before this summer, I knew little about Wild Bill Hickok. Then, within just a few weeks, we visited three places within Kansas and Illinois that all shared Hickok stories—quite a coincidence. I learned several fascinating facts about him. Here are END_OF_DOCUMENT_TOKEN_TO_BE_REPLACED