Every fan of The Andy Griffith Show knows Mayberry. It’s that small, charming town filled with friendly, but quirky people. The bumbling deputy, the naive gas station attendant, and the level-headed sheriff who solves everyone’s problems take you back to simpler times. And on one weekend every May, during the Mayberry in the Midwest Festival, the town of Danville, Indiana, becomes Mayberry.

Editor’s note: This article was originally published in 2017. We have updated it for the 2019 event.

Danville actually seems much like Mayberry, except the people aren’t quirky—just friendly. Go to Danville on a summer Saturday, and you’ll find townsfolk gathered at the farmer’s market around the town square. The Hendricks County courthouse stars at the center of the square. Surrounding blocks are filled with small shops, the Royal Theater, and a restaurant called the Mayberry Café. 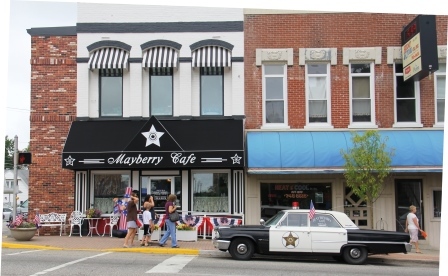 Brad and Christine Born named their restaurant the Mayberry Cafe because the town so reminded them of Mayberry. The Café is filled with memorabilia from The Andy Griffith Show and plays the show on televisions throughout the restaurant.

What is Mayberry in the Midwest?

Playing off the Mayberry Café’s theme, the Mayberry in the Midwest Festival was born in 2014 and was an immediate hit. The three-day festival’s fun, family-friendly events star The Andy Griffith Show tribute artists, as well as celebrities from the show. Maggie Peterson, who played the character Charlene Darling, and Dixie Griffith, Andy Griffith’s real-life daughter were festival guests in 2016 and will be at the festival again in 2019.

Mayberry in the Midwest Events

The Mayberry in the Midwest Festival weekend kicks off on Friday evening with a Meet-and-Greet and continues through the weekend. Saturday is the biggest event day with a parade, tribute artist show, and contests—a whistling contest and pickle eating contest. (Remember Aunt Bea’s kerosene-tasting pickles?)

The celebrities and tribute artists change slightly over the years, but they’re all lots of fun. On our visit, I knew we were in for a good time at the Meet-and-Greet when Ernest T. Bass (played by Phil Fox) greeted us at the door.

The Meet-and-Greet included a buffet dinner catered by the Mayberry Café. Not surprisingly, fried chicken just like Aunt Bea made was the star buffet entree. Tribute artists playing The Andy Griffith Show characters entertained throughout the evening. David Browning, who plays Barney Fife, was a favorite. He has Barney pegged perfectly, right down to his “You’re a nut!” exclamation. 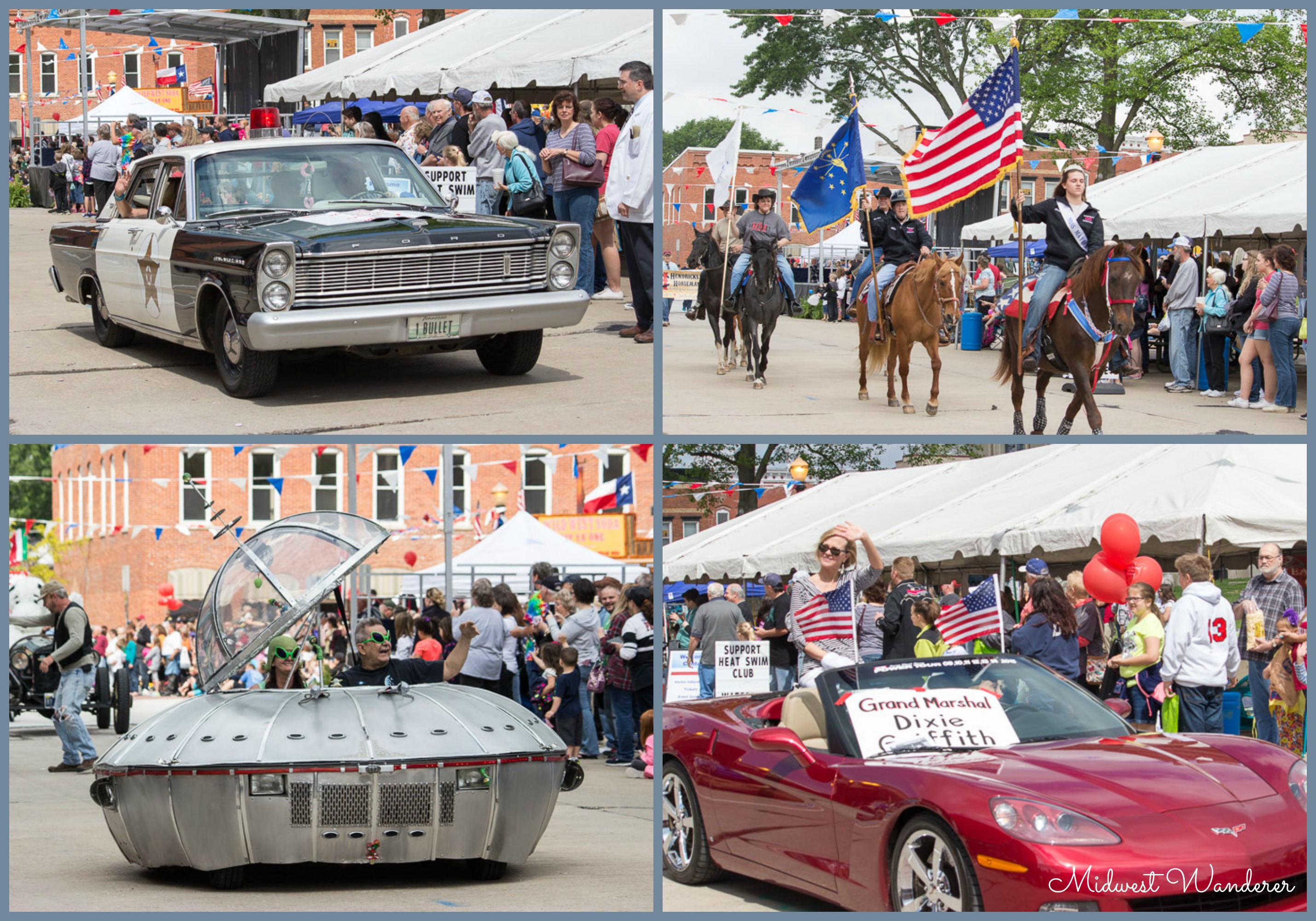 Following the parade we checked out the vendor booths. Vendors were much like most festivals, selling everything from handmade crafts to carnival-type foods. I loved the old-fashioned milkman outfit the Oberweis Dairy vendor was wearing—a perfect fit for Mayberry. 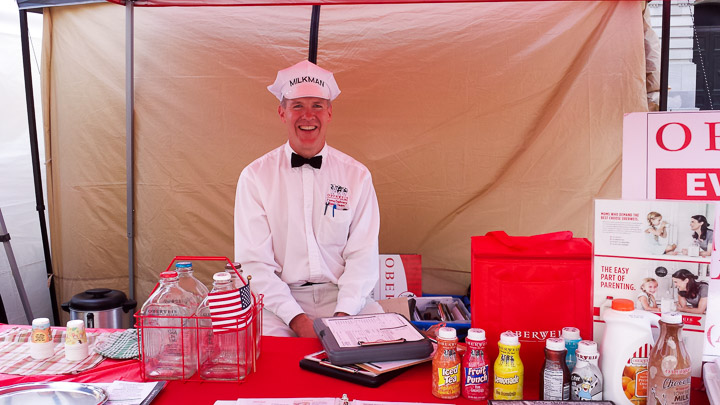 We watched the Miss Mayberry contest on the entertainment stage and stayed for hilarious comedy starring Barney Fife, Floyd the barber, Gomer Pyle and other Mayberry tribute artists. Other entertainment on stage over the weekend included bluegrass music and a pickle eating contest. 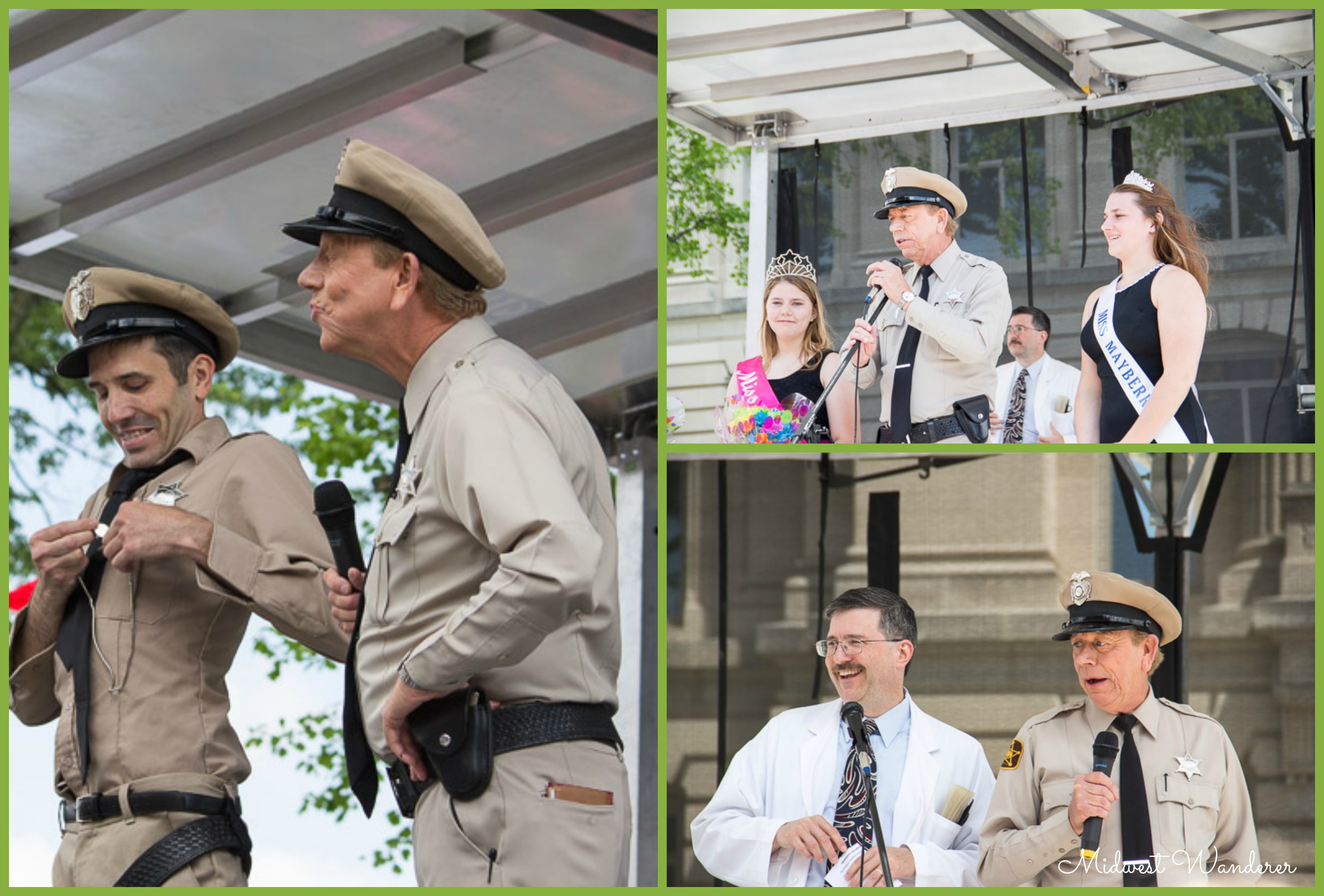 If you go to the Mayberry in the Midwest Festival

Events change over the years, and there always seems to be something new. In 2019 ticketed events include the Meet-and-Greet, “Ronnie Schell: A Tribute to Comedy Legends” or “Q&A with Dixie Griffith.” An Opie look-alike contest, a pancake breakfast, and the Squad Car Nationals continue as annual events.

The 2019 Mayberry in the Midwest Festival is scheduled for May 17-19. Danville, Indiana is located approximately 20 miles west of Indianapolis. Check the Visit Hendricks County website for details.

Accommodations: Check room rates in and near Danville, Indiana 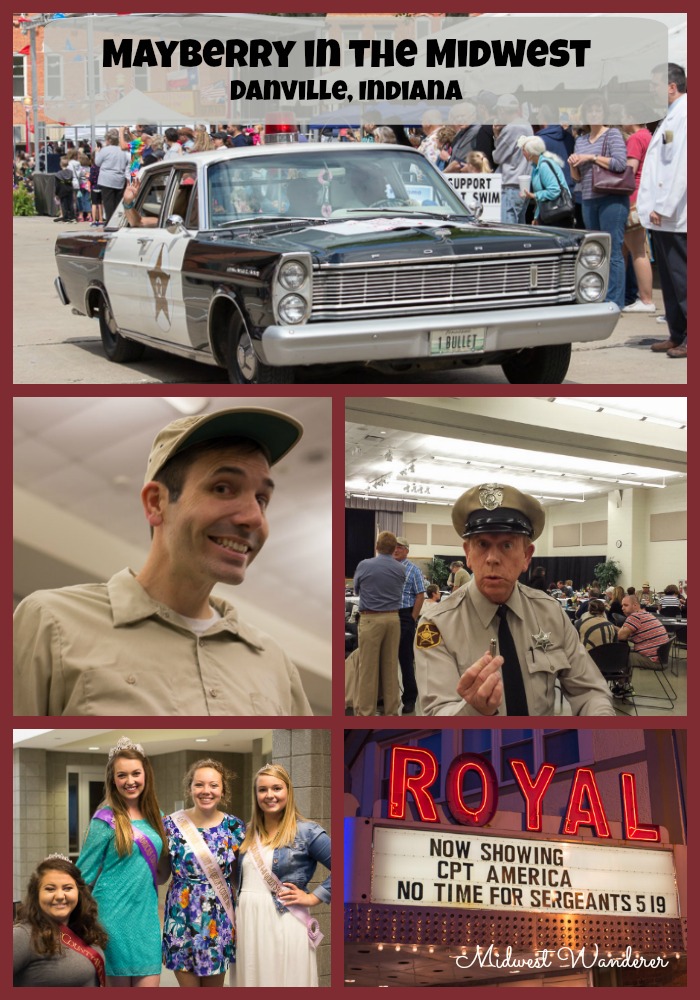 Disclosures: Visit Hendricks County hosted our visit to the Mayberry in the Midwest festival. However, all opinions in this article are my own.
This article contains an affiliate link. If you book a room through this link, I will receive a small commission at no extra cost to you.

Howard Steamboat Museum in Jeffersonville, Indiana, pays tribute to the Howard family and their steamboat building company. The tour combines a history of the ornate Edmonds and Laura Howard mansion and the shipyard located across the street, which the Howard END_OF_DOCUMENT_TOKEN_TO_BE_REPLACED