Earlier this summer we spent a week exploring North Dakota. We started our road trip with a full day in Fargo and then headed west via I-94 to Valley City where we spent the night, eager to continue exploring the following day. 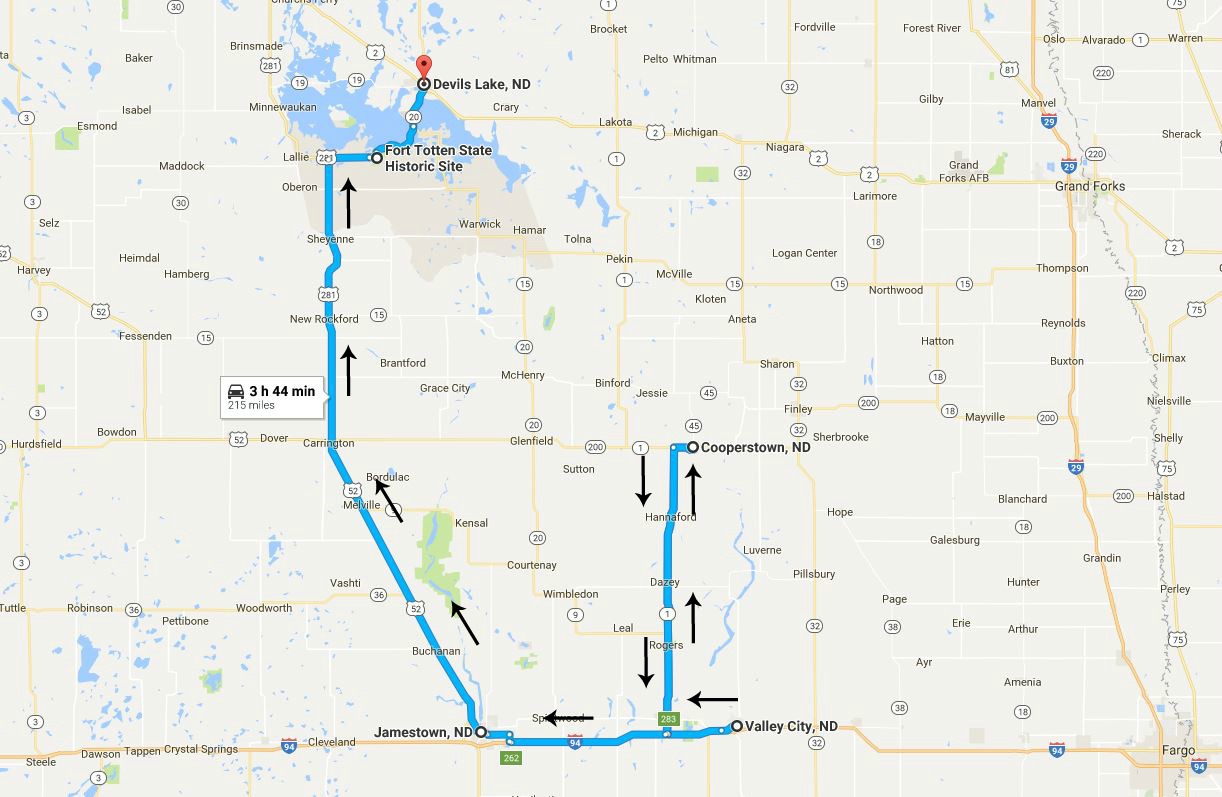 We began Day 2 of our trip at the Rosebud Visitor Center in Valley City, home to “Rosebud,” a private rail car for the superintendent of the Northern Pacific Railroad, which dates back to the 1881. 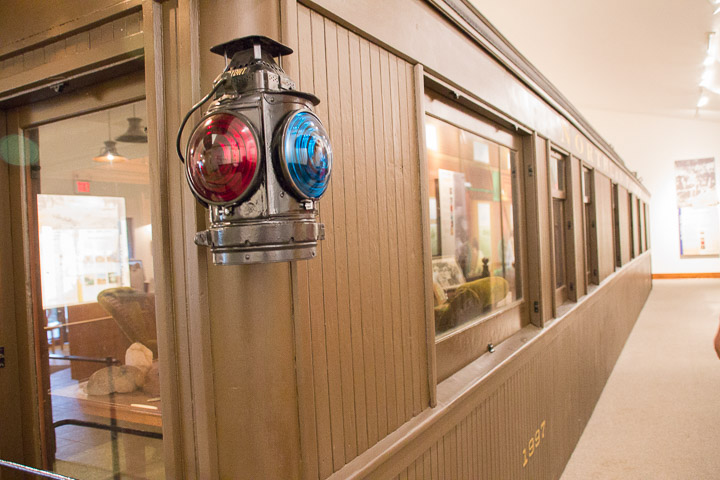 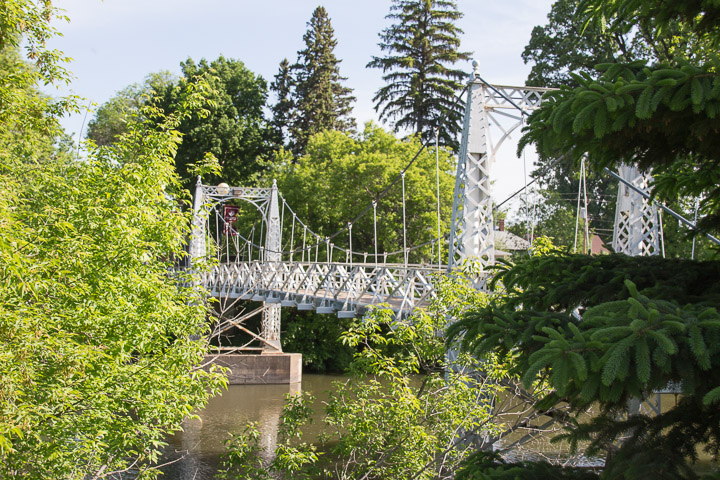 Following the self-guided Historic Bridges Tour, we headed west on I-94 and then north on North Dakota State Route 1 to Cooperstown and the Ronald Reagan Minuteman Missile Site. A top secret site during the Cold War years, the Ronald Reagan Minuteman Missile Site and a nearby launch facility are the last remnants of several launch sites located in a 6500-square-mile area around the Grand forks Air Force Base. 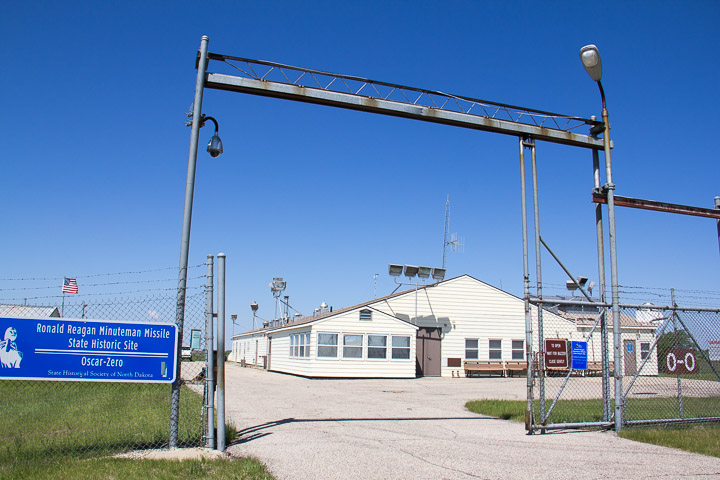 The tour of the facility first takes you through the topside living quarters, where staff stayed during their assignment. Topside support staff worked three days on and three days off.  The living quarters were made to feel as much like home as possible and included a pool table and a weight room. However, unlike home, because it was a top secret facility, phone calls were limited to ten minutes per day per person and were monitored. 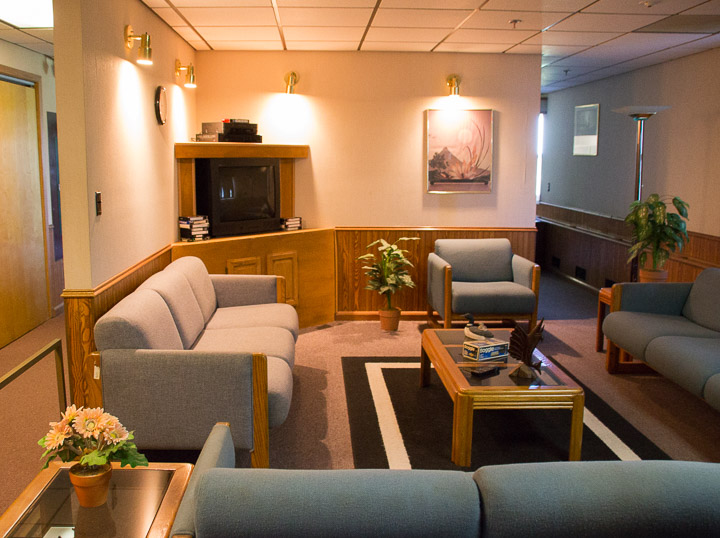 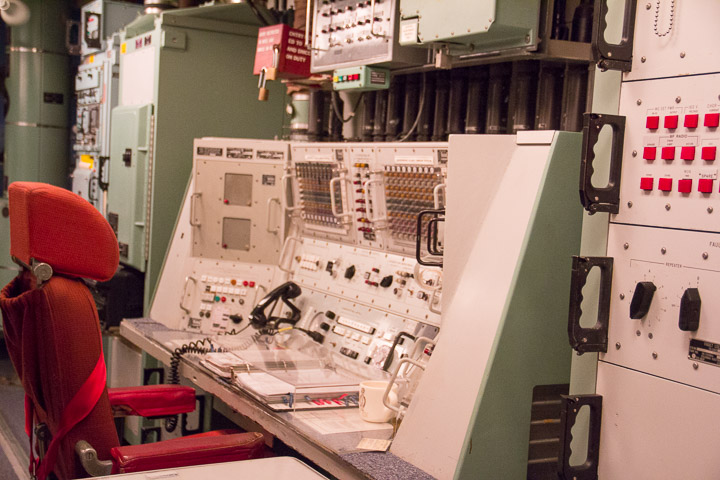 Back down North Dakota State Route 1 to I-94, we headed west to Jamestown, stopping for a quick burger lunch at the Polar King Drive-In before visiting Frontier Village. 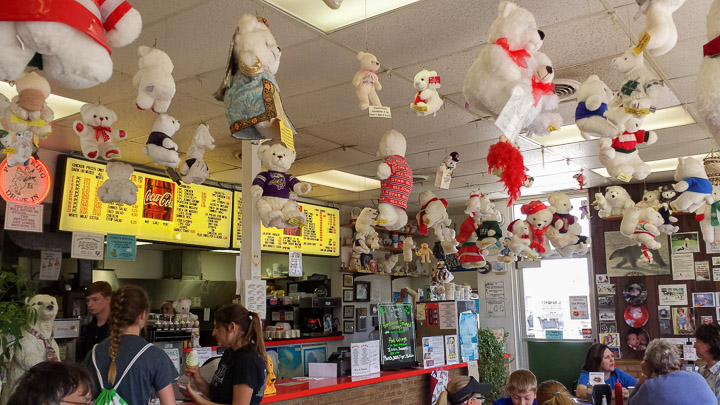 Frontier Village, a recreated prairie town, consists of 24 original buildings that have been moved to the site from other locations. Among the buildings are the first railroad depot in Jamestown, a log cabin built in 1898 and a church that was originally used as a one-room schoolhouse. 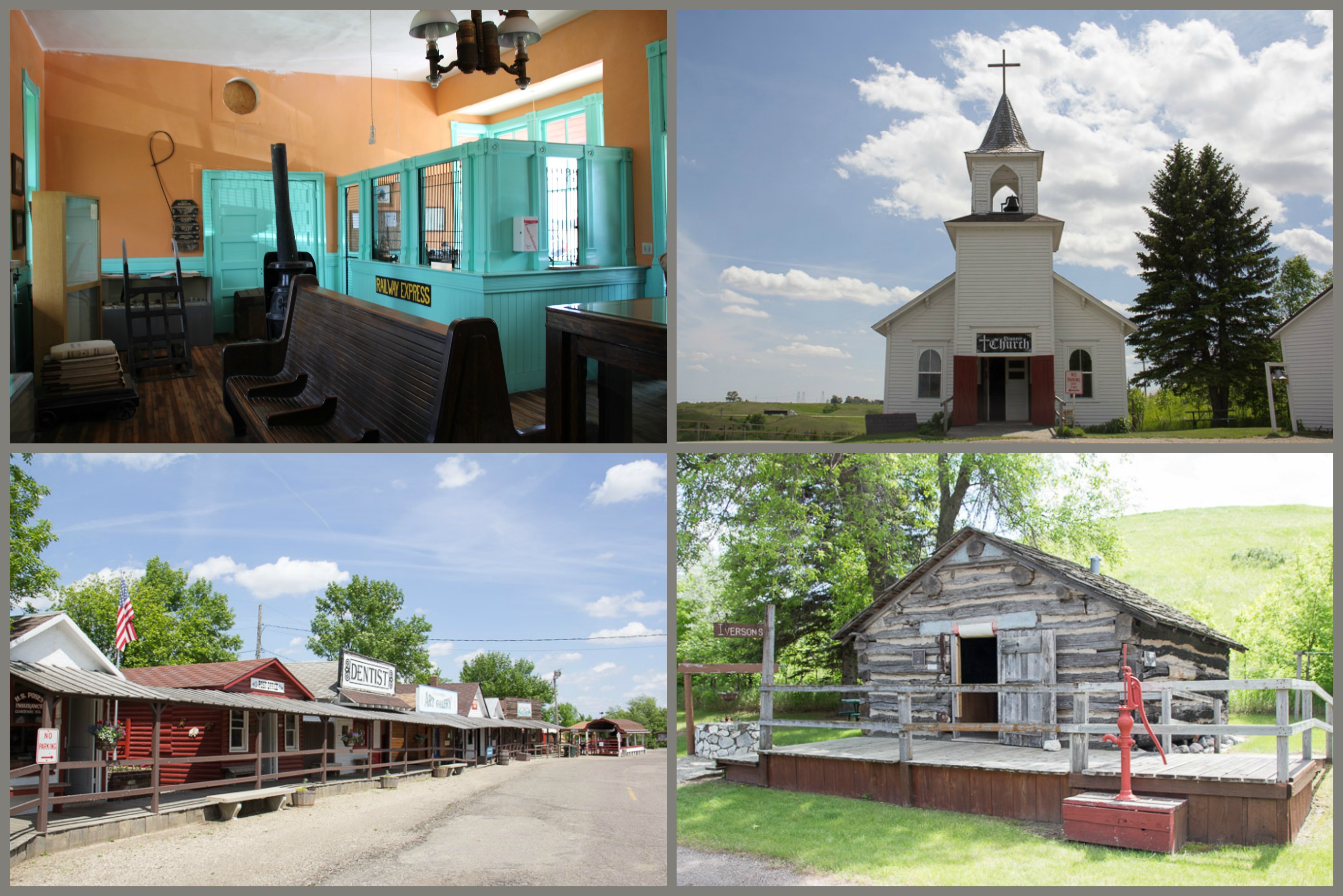 Frontier Village is also home to the world’s largest buffalo statue, erected in 1959 as a monument to the bison that once roamed North American prairies and also as a roadside attraction to draw tourists into Jamestown. 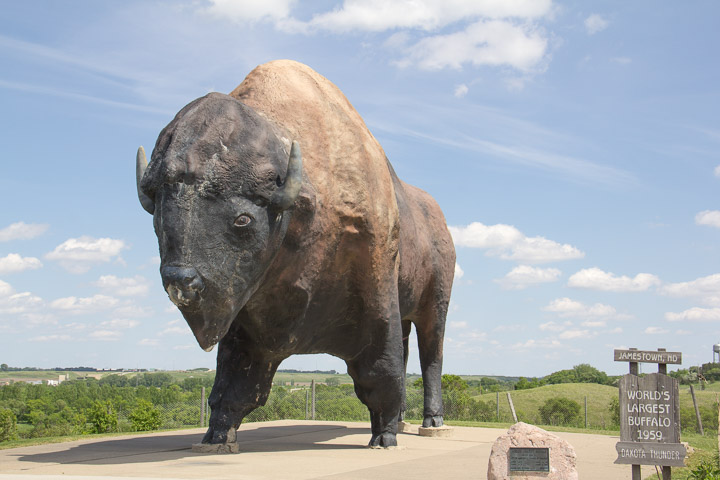 Fun fact: The world’s largest buffalo didn’t have a name until July 24, 2010. In honor of its 50th birthday celebration, a “Name That Buffalo” contest was held. The winning name? Dakota Thunder.

Just down the road, walkable from Frontier Village, is the National Buffalo Museum, which traces the history of bison (commonly called buffalo in the U.S.). A herd of bison roams next to the museum, which includes a rare white one. I would have loved to have seen the white bison, but on our visit the herd was a distance away, and we didn’t see the white one at all. 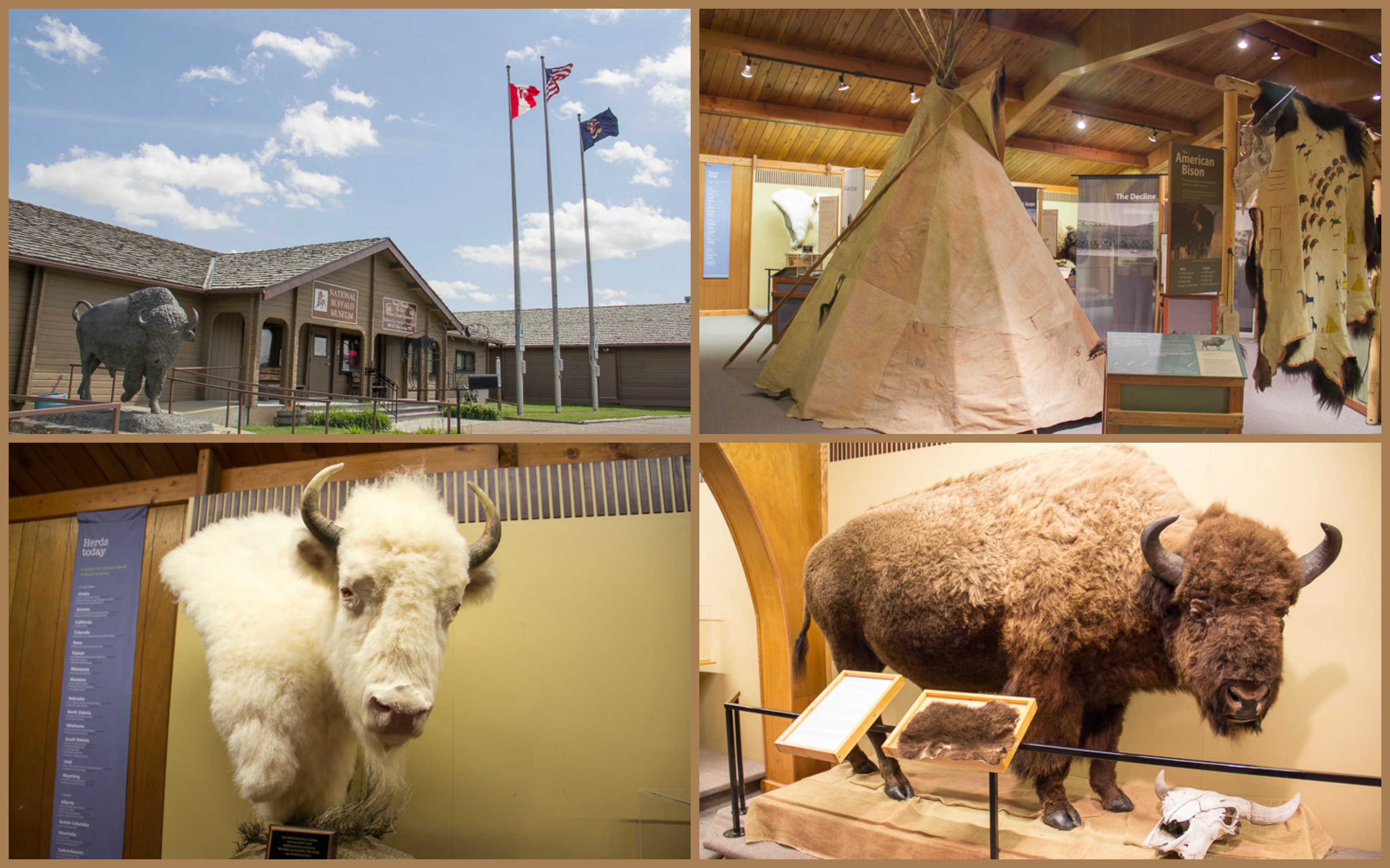 From this point we traveled north again to the Fort Totten State Historic Site. We arrived within 15 minutes of closing time, giving us just a few minutes to spend in the visitor center and take pictures of the facility.

Fort Totten was a military post from 1867 until 1891 and then served as an Indiana school until 1959. The original fort, built in 1867, was made up of crude log structures.  The permanent buildings, which still stand, were constructed from 1868 until 1871. The property now belongs to the State Historical Society of North Dakota and is open for tours. Some of the buildings have been converted to other uses, including a theater and a bed-and-breakfast. 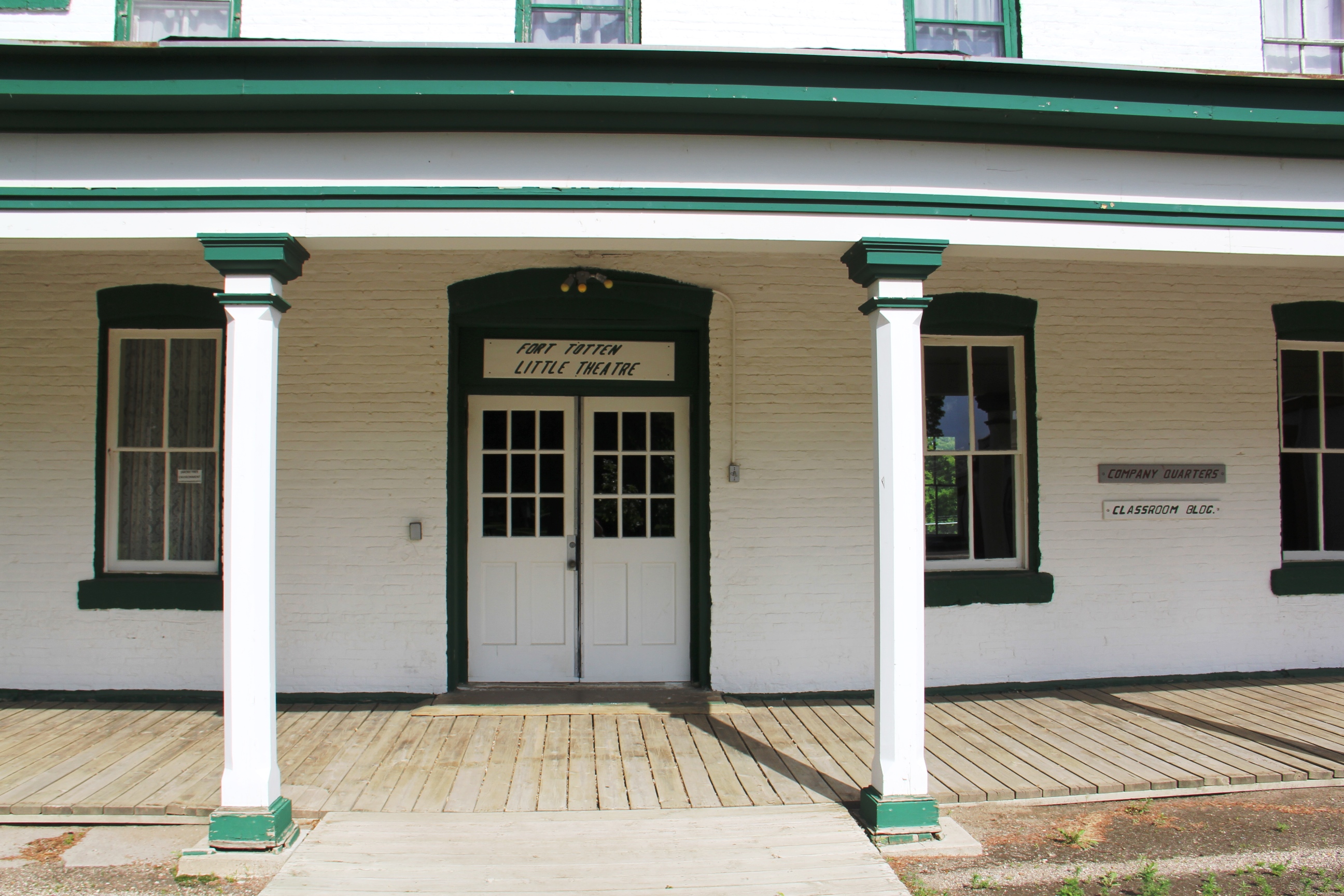 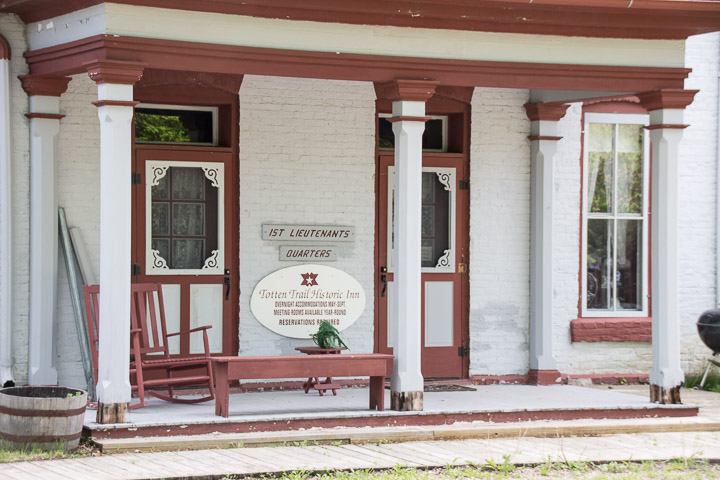 The visitor center had already closed by the time we arrived at Sully’s Hill National Game Preserve. However, since the refuge is open until sunset, there was still plenty of time to take the auto tour and keep an eye open for wildlife. Just a couple of minutes into the drive through the refuge, we came across several bison resting alongside the road. 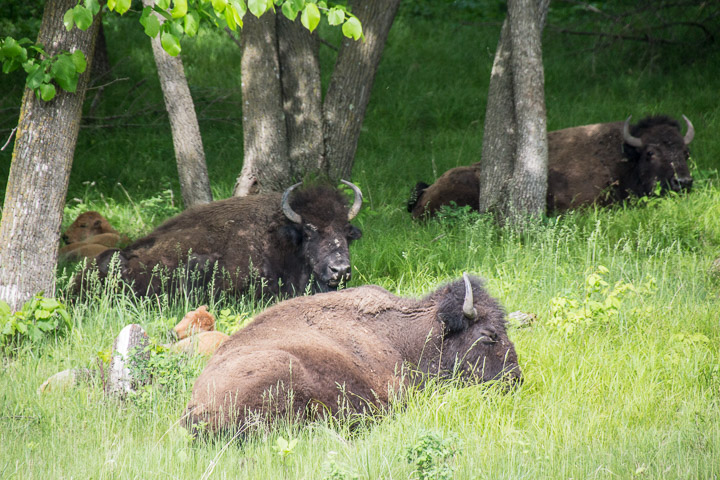 Moving on, we found the prairie dog “town,” and spent quite a while watching as prairie dogs popped in and out of their tunnels. What fun to watch! 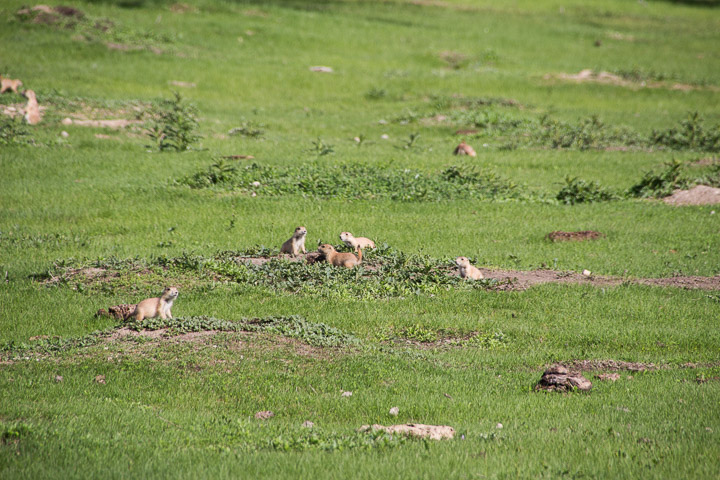 The refuge also has several nature trails. We didn’t hike any of the trails, but we did climb to the observation overlook for a great view of the area.

We ended our day with dinner at The Ranch Steakhouse in Devil’s Lake, an iconic supper club that has been in business since 1946. We started our meal with a basket of popovers, served warm with honey butter, and a salad. I chose New York Strip steak and wild rice pilaf for my entree. 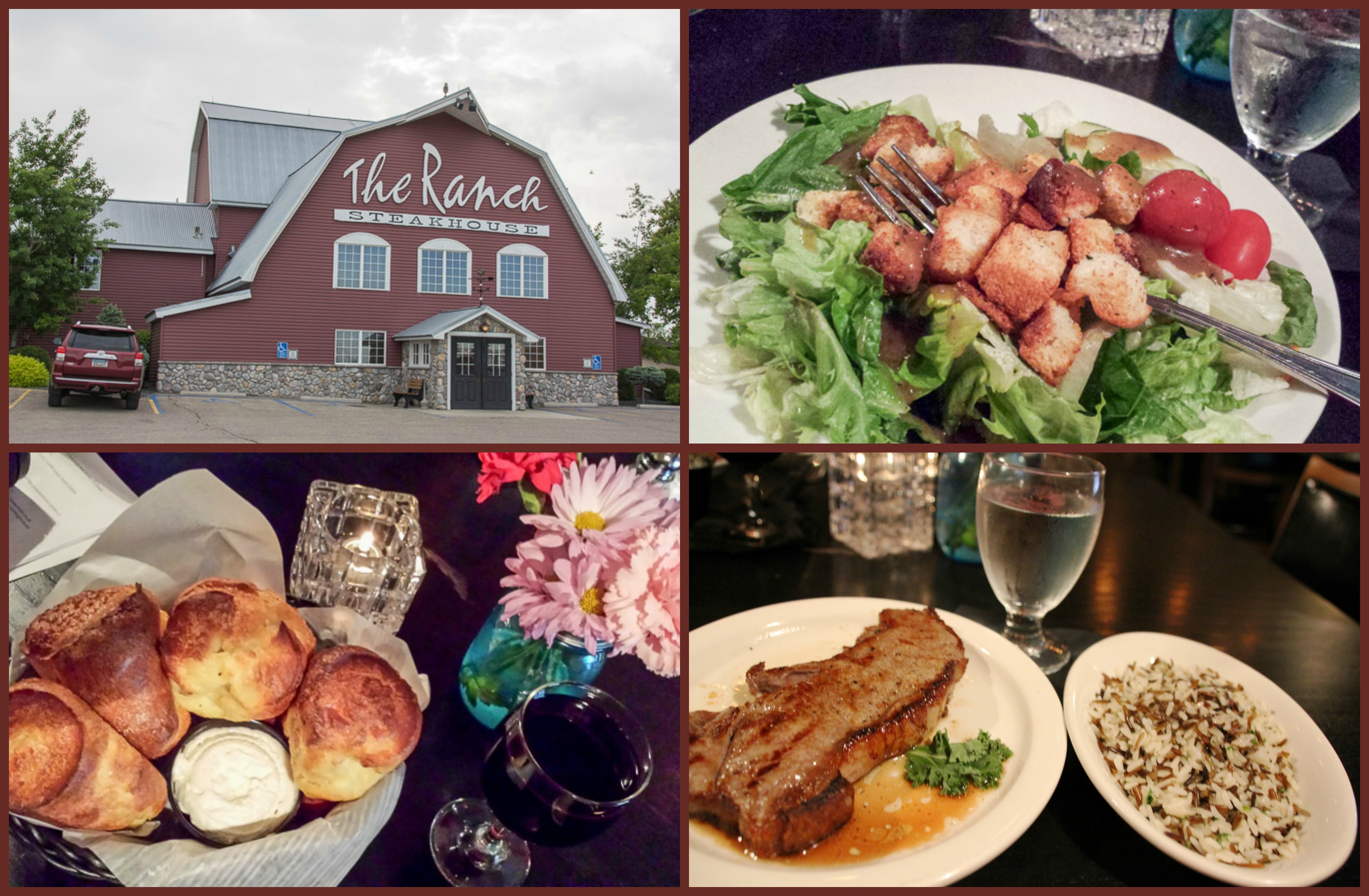 The Ranch Steakhosue also offers a nice selection of desserts. 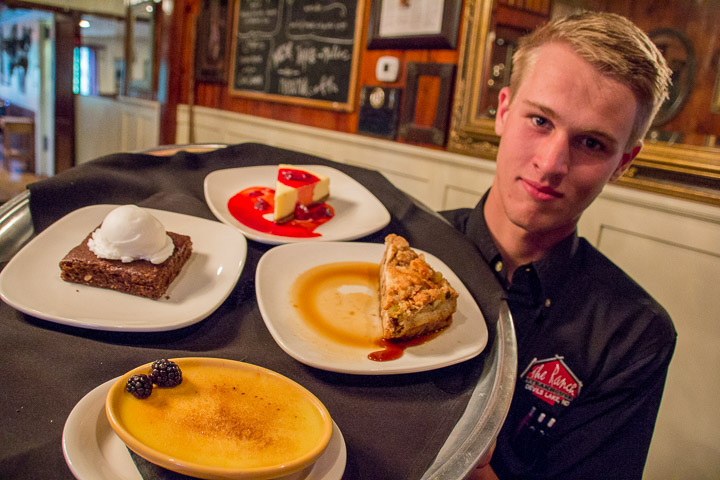 We stayed at the AmericInn in Valley City and the Sleep Inn in Devil’s Lake.
Find the best deal on Valley City hotels, compare prices, and read what other travelers have to say at TripAdvisor.

Find the best deal on Devil’s Lake hotels, compare prices, and read what other travelers have to say at TripAdvisor.

Stay tuned for more articles about our road trip through North Dakota.

Disclosures: Our road trip through North Dakota was hosted by North Dakota tourism. However, any opinions expressed in this article are my own.
This article contains affiliate links. If you book a hotel room through these links, I will receive a small commission at no addition cost to you.

Before this summer, I knew little about Wild Bill Hickok. Then, within just a few weeks, we visited three places within Kansas and Illinois that all shared Hickok stories—quite a coincidence. I learned several fascinating facts about him. Here are END_OF_DOCUMENT_TOKEN_TO_BE_REPLACED