I grew up in Illinois just over the border from Northwest Indiana. Although I no longer live in that immediate area, I have lots of friends and family who do. Over the years I’ve heard talk about Pierogi Fest in Whiting, Indiana. I assumed it was just a small-town festival, no big deal—until I finally went to Pierogi Fest. What a hoot!

Editor’s note: This article was originally written in 2016. We’ve updated it to reflect 2022 dates.

Whiting residents know how to have fun. Pierogi —the Eastern European dumpling filled with potato, cheese or other ingredients—is the star of the festival. However, the fun these folks poke at their own heritage is as entertaining as the food is delicious. Pierogi Fest has become such a big hit that crowds estimated at 300,000 attend the festival each year.

One of the first things I noticed at the festival was the official greeters stationed at the festival entrances.  Dressed as buscias (grandmas), wearing housecoats and babushkas, I found that the characters were just the beginning of the fun. 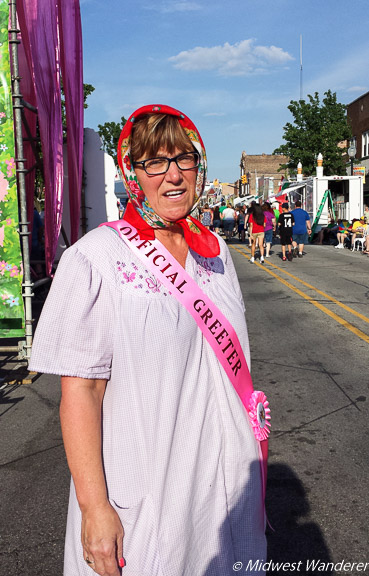 I happened to be there on the evening of the parade. The International Polka Parade parade isn’t your ordinary parade with fancy floats and marching bands. Rather, it’s made up of the likes of more buscias, a lawnmower brigade, the Pieroguettes and the Yellow Sub-morons. Of course, we can’t forget Mr. Pierogi. Even the buscia-kissed mayor was in the parade—riding a tricycle that pulled a beer wagon.

Thank goodness we were lucky enough to watch the parade from an upper floor of a building along the parade route, so we had a bird’s eye view.  Looking down on the throngs of people that filled the street following the parade, I had never seen so many people outside of a Chicago parade. 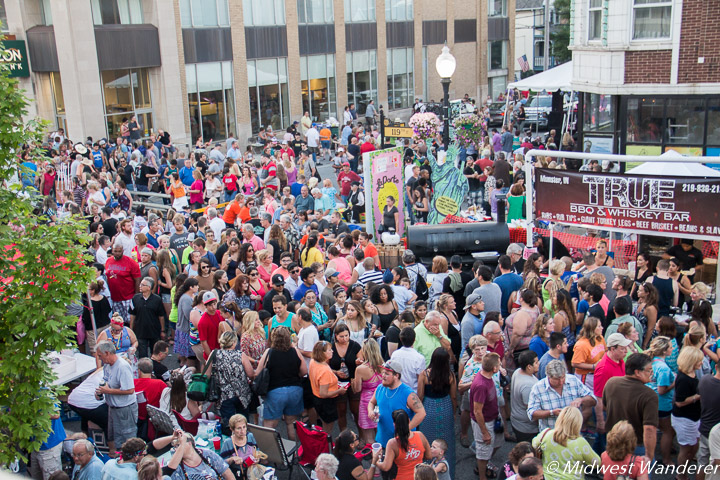 How did Pierogi Fest become so popular?

I had the privilege of chatting with Mayor Joe Stahura before the parade, who told me the festival has grown unbelievably since it started over twenty years ago. “If the weather’s good, we’re going to break records every year.”  He said they took a really small concept and grew it to what they thought was a fairly nice little local festival. And then the Travel Channel and Food Network found out about it. Once Pierogi Fest was featured on national television shows, it grew exponentially. Since the shows still runs occasionally, more people continue to find out about it.

Mayor Joe said they used to have a map at the entrances to the festival on which people put a dot on the place they’re from. All 50 states were represented, and in the biggest year, 17 foreign countries. He admitted there may have been “some games played,” but knew for a fact that a Whiting family had moved to Hawaii, and they came back every year for the festival. In fact, with Whiting only 20 minutes from downtown Chicago, people often use Chicago as their vacation destination and time it around Pierogi Fest.

Over 70 vendors line 119th Street in downtown Whiting during the festival. Although pierogi isn’t the only food available, it’s the most popular. Mayor Joe said he has heard of individual vendors selling over 35,000 pierogi over the festival weekend. Besides traditional cheese, potato or meat filling, vendors sell lots of other flavors, as well, including fruit-filled dessert pierogi. Even the local Beggar’s Pizza sells pierogi outside their business during the festival with pizza ingredients as the filling.

Pierogi Fest is held the last full weekend in July. Dates for 2022 are July 29-31, with the Polka Parade on Friday at 7 p.m. Besides the parade and food vendors, Pierogi Fest includes a polka contest, the Buscia Cooking Show, Mr. Pierogi Song Fest with the Pieroguettes, Pierogi Toss and a Pierogi Eating Contest, and more. Check the web site for the full schedule. 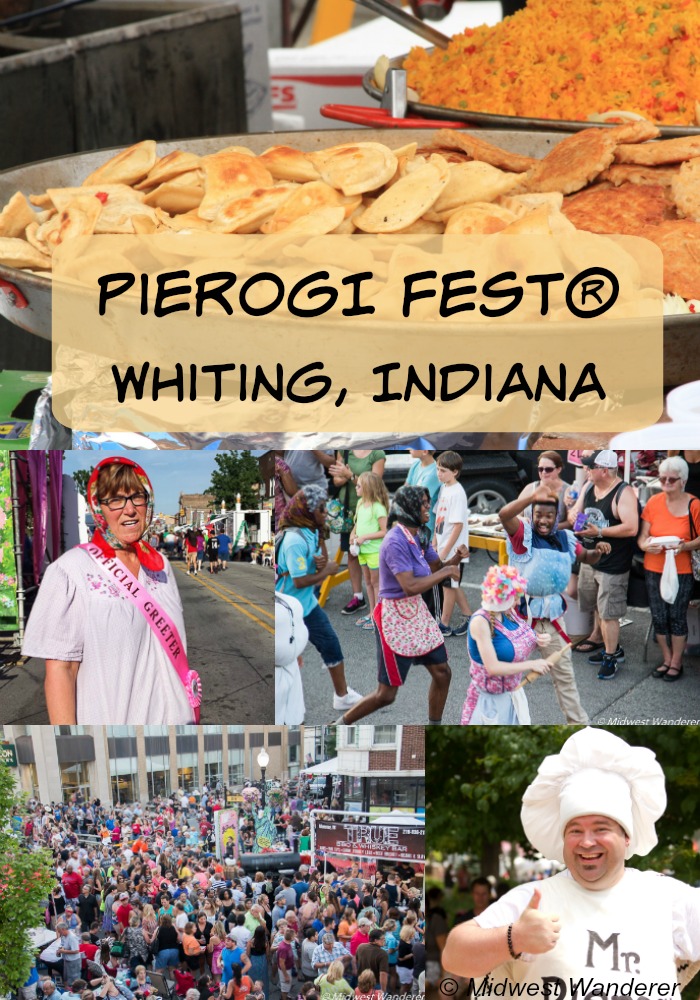 Disclosure: My visit to Northwest Indiana was hosted by the South Shore Convention & Visitors Authority. However, all opinions in this article are my own.

4 thoughts on “Pierogi Fest: Whiting , Indiana, Celebrates and Pokes a Little Fun at Their Heritage”

Before this summer, I knew little about Wild Bill Hickok. Then, within just a few weeks, we visited three places within Kansas and Illinois that all shared Hickok stories—quite a coincidence. I learned several fascinating facts about him. Here are END_OF_DOCUMENT_TOKEN_TO_BE_REPLACED