Bowers Harbor Inn, built in the 1880s on Traverse City, Michigan’s, Old Mission Peninsula, was the summer home of Chicago lumber baron J.W. Stickney and his wife Genevive. Today the building houses the Jolly Pumpkin, a casual restaurant and brewery, and Mission Table, an upscale restaurant. However, even though the property has passed through several hands since the Stickney’s owned it, some say Genevive hasn’t left. 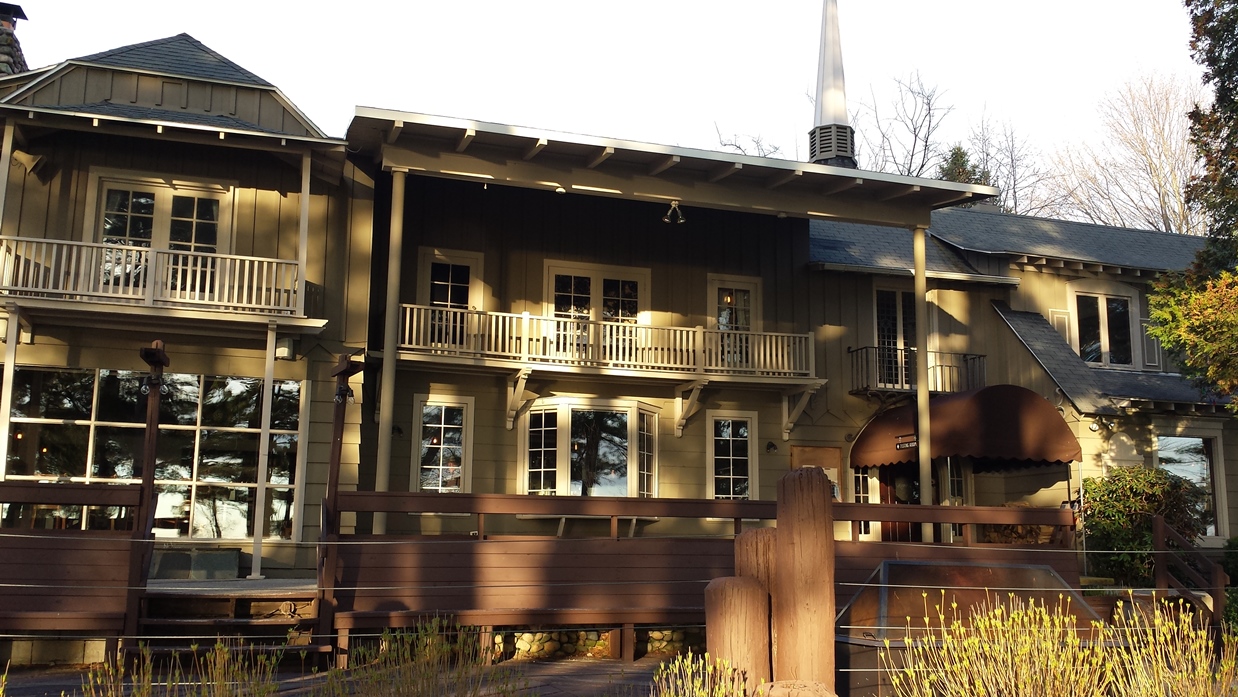 Dinner at the Jolly Pumpkin

My husband and I met Mike Norton, Media Relations Manager for Traverse City Tourism, and his wife Karen for dinner at the Jolly Pumpkin, a restaurant and brewery popular with locals. Jolly Pumpkin offers a variety of sandwiches, pizzas, salads and entrees complemented by artisan ales brewed on site. Since we were dining at a brewery on a peninsula jutting out into Grand Traverse Bay, I thought it right to order the fish and chips, Great Lakes perch prepared with an ale batter. It turned out to be a good choice. The batter was crisp and light enough that it didn’t overpower the tender fish. 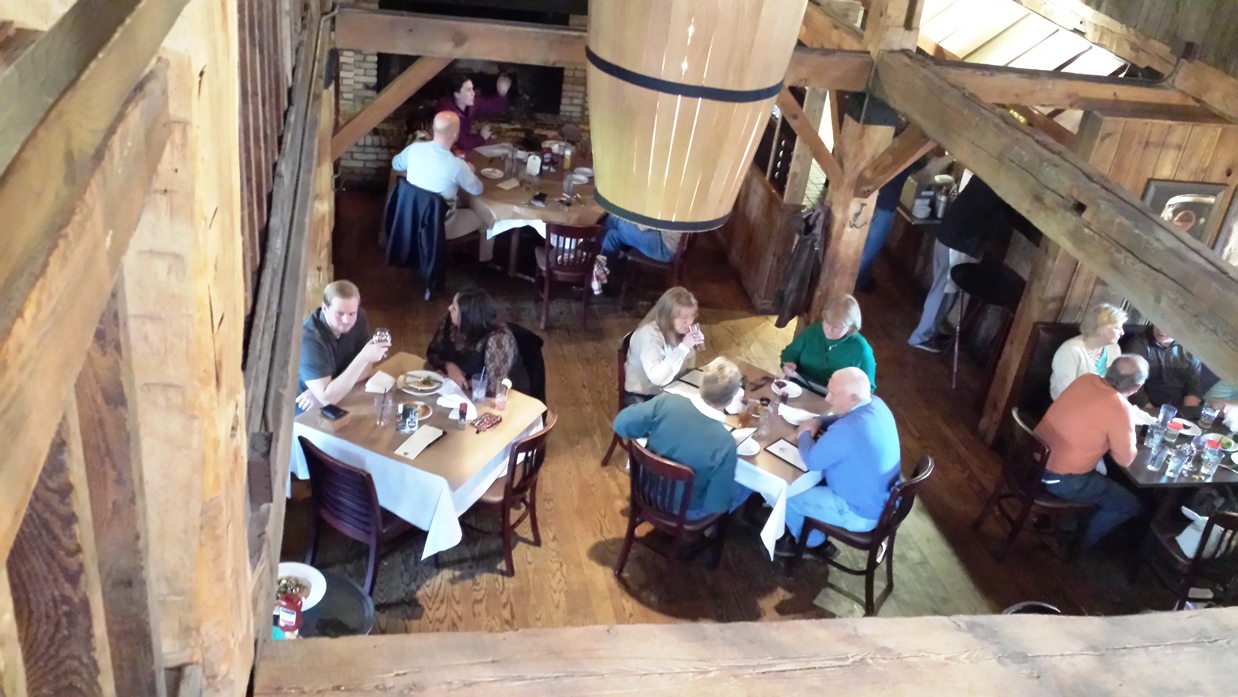 After dinner Mike and Karen showed us the rest of the Bowers Harbor Inn. The Mission Table restaurant’s menu showcases local foods and wines, like braised lamb shank with root vegetables or pan seared lake trout served with toasted couscous, kale and pumpkin. 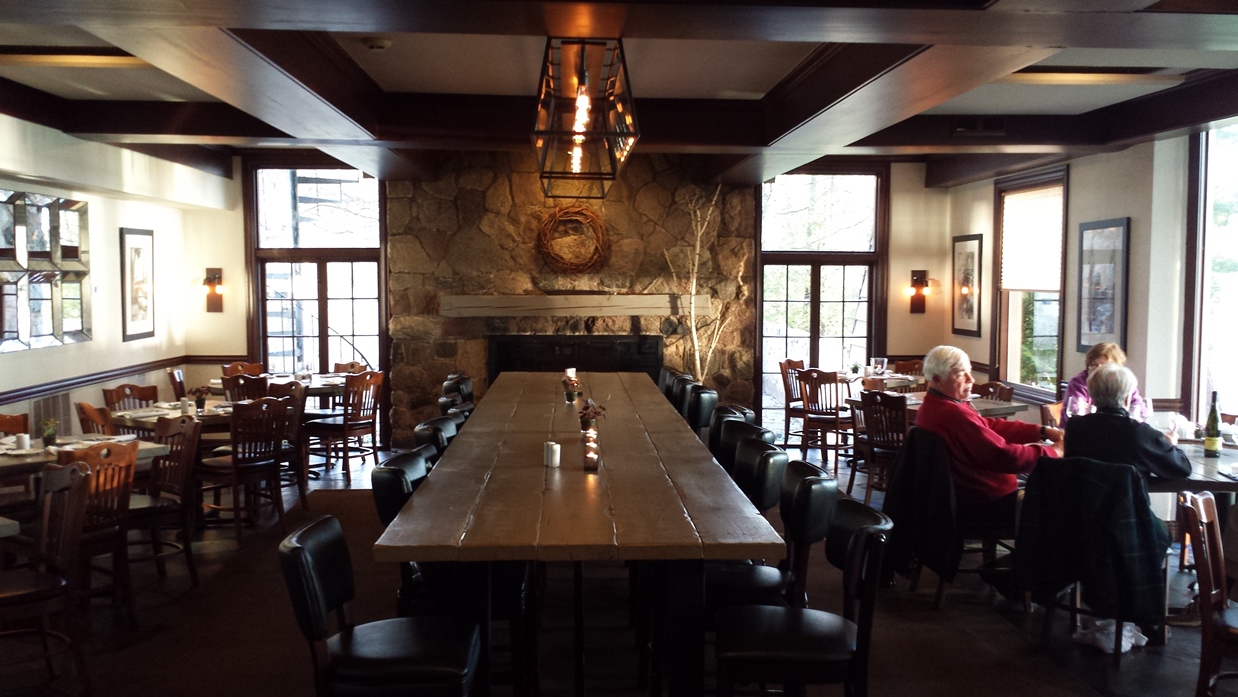 We climbed up the staircase to the second floor, Mission Table’s private dining room with a beautiful view of the estate and the former bedroom of Genevive Stickney. 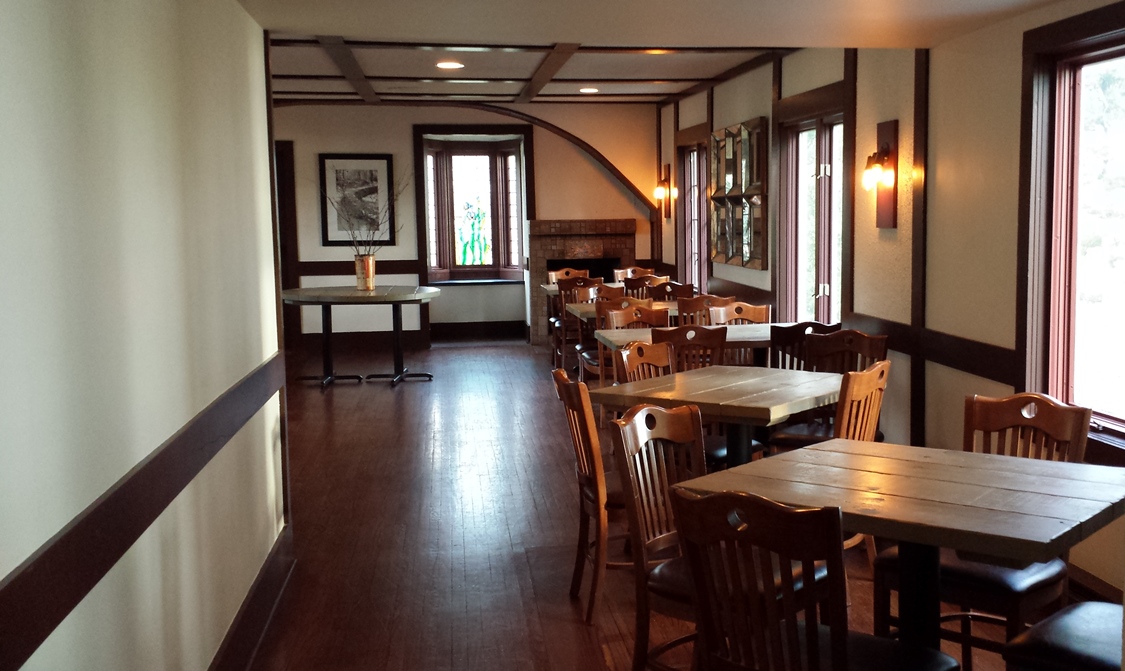 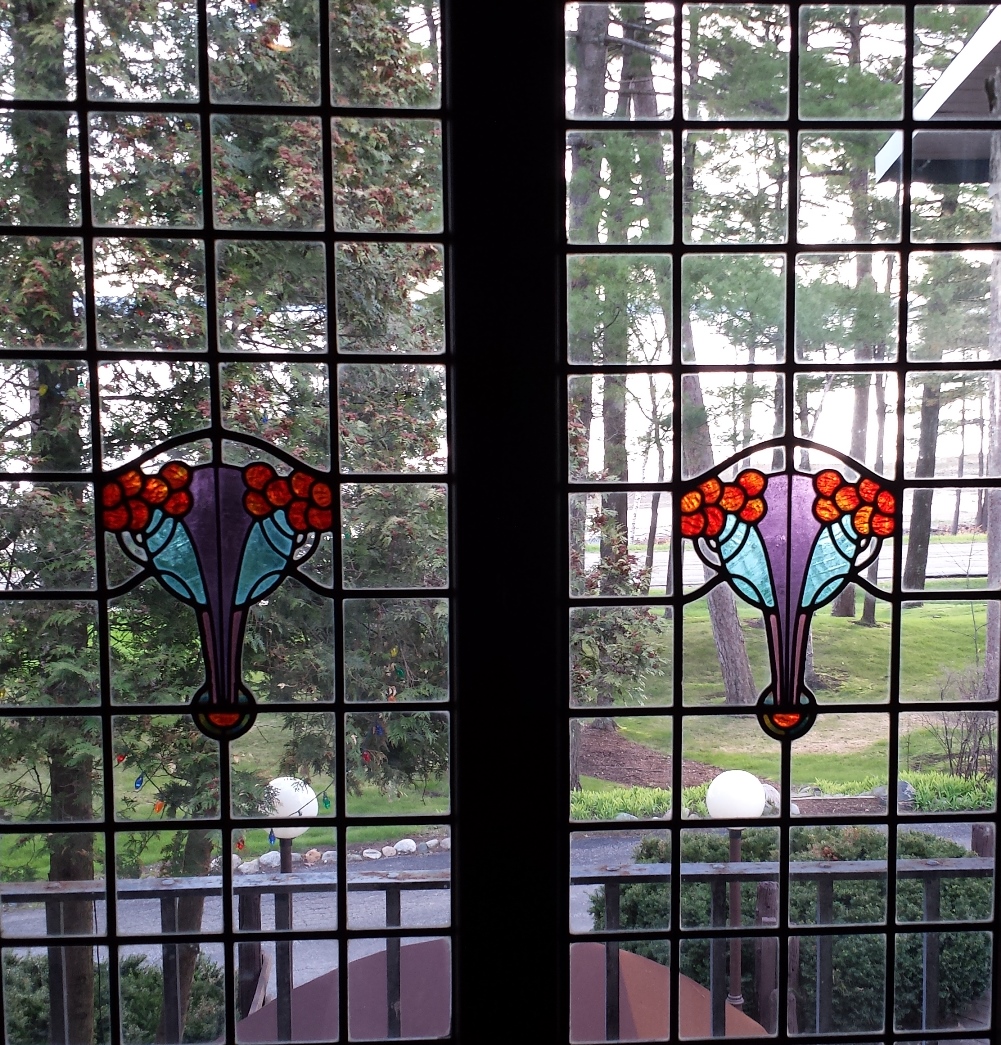 Genevive may not believe it is no longer her bedroom, though, or that Bowers Harbor Inn is no longer her home, as some say she still makes her presence known. Legend has it that Genevive was a jealous woman. She had a weight problem and became so obese she had an elevator put into the home when it became difficult for her to climb the stairs to the second floor. 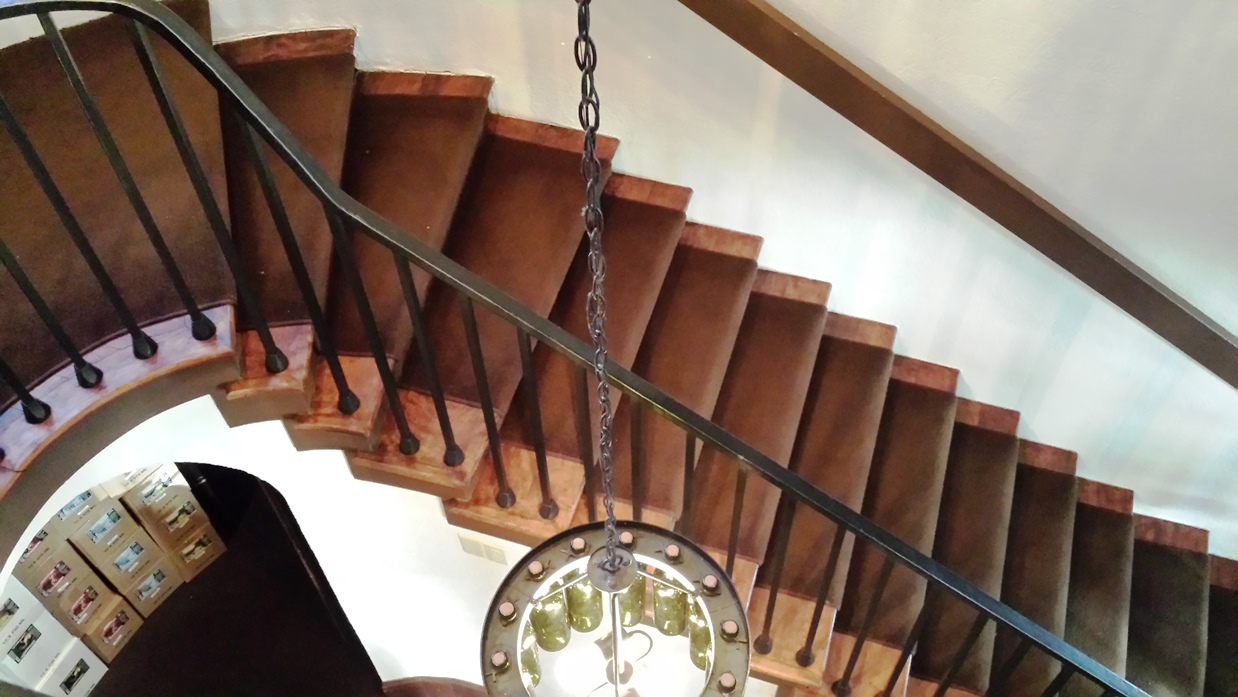 She placed a gilded mirror in the upstairs hall that supposedly made her look slimmer to herself. 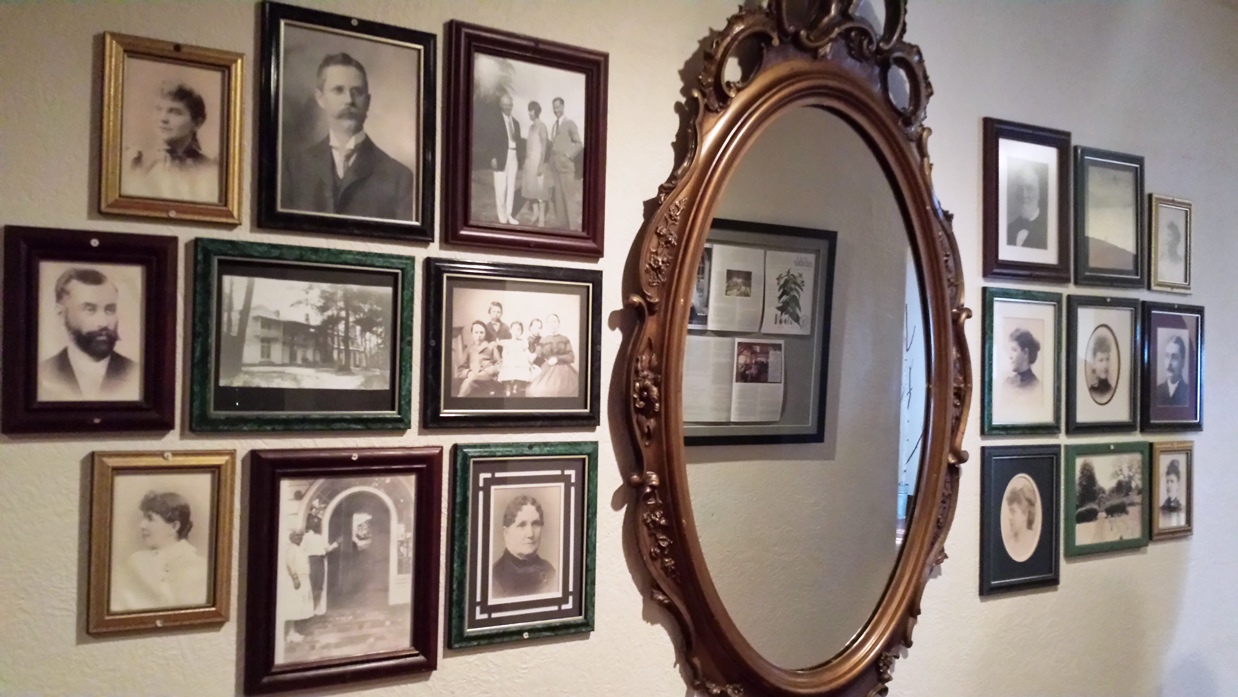 As she grew larger and it became hard for Genevive to care for herself, her husband hired a nurse to care for her. Genevive was jealous of the nurse, and perhaps rightfully so. When her husband passed away, she found out during the reading of the will that although he left the mansion to Genevive, his fortune went to the nurse. Genevive became so distraught that she eventually hanged herself in the elevator shaft.

Over the years there have been accounts of a woman in an evening gown appearing in the background of the mirror as a guest looked into it. Pans have dropped, and faucets have turned on without explanation other than that Genevive is making it known that even though businesses have occupied the building for years, including the current Jolly Pumpkin and Mission Table restaurants, it is still her home, too.

If you visit Bowers Harbor Inn

The Jolly Pumpkin and Mission Table are located on the Old Mission Peninsula at 13512 Peninsula Drive, Traverse City, Michigan. Check their web sites for hours and menus.

We stayed at the Grand Traverse Resort and Spa in nearby Acme, Michigan, during our visit to Traverse City. Find the best hotel deal, compare prices, and read what other travelers have to say at TripAdvisor.

Disclosure:  My visit to Traverse City was hosted by Traverse City Tourism. However, any opinions expressed in this post are strictly mine.

Before this summer, I knew little about Wild Bill Hickok. Then, within just a few weeks, we visited three places within Kansas and Illinois that all shared Hickok stories—quite a coincidence. I learned several fascinating facts about him. Here are END_OF_DOCUMENT_TOKEN_TO_BE_REPLACED